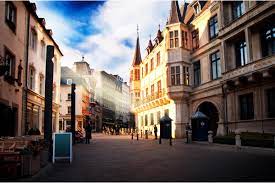 For a small country, Luxembourg has a surprising amount to say for itself. Located in the heart of Europe, it has an area of just 2,586 square kilometres. That’s around the same size as Rhode Island in the United States. But it’s stuffed full of Unesco World Heritage sites, bucolic countryside and rich history, as well as world-class dining, shopping and nightlife. It also boasts one of the highest standards of living in the world. Intrigued by this pint-sized country? Here are some of interesting facts about Luxembourg you may not know.

1. Luxembourg is the third richest country in the world

Luxembourg topped the $100,000 mark in per capita GDP in 2015 and hasn’t fallen since. It’s been a tax haven for the super wealthy and corporations since the 1960s, when the country emerged as a financial centre for the off-shore trade of European bonds. It attracts as much foreign direct investment (FDI) as the United States.

The country uses a large share of this wealth to deliver better housing, healthcare and education. As a result, it enjoys one of the highest standards of living in Europe. 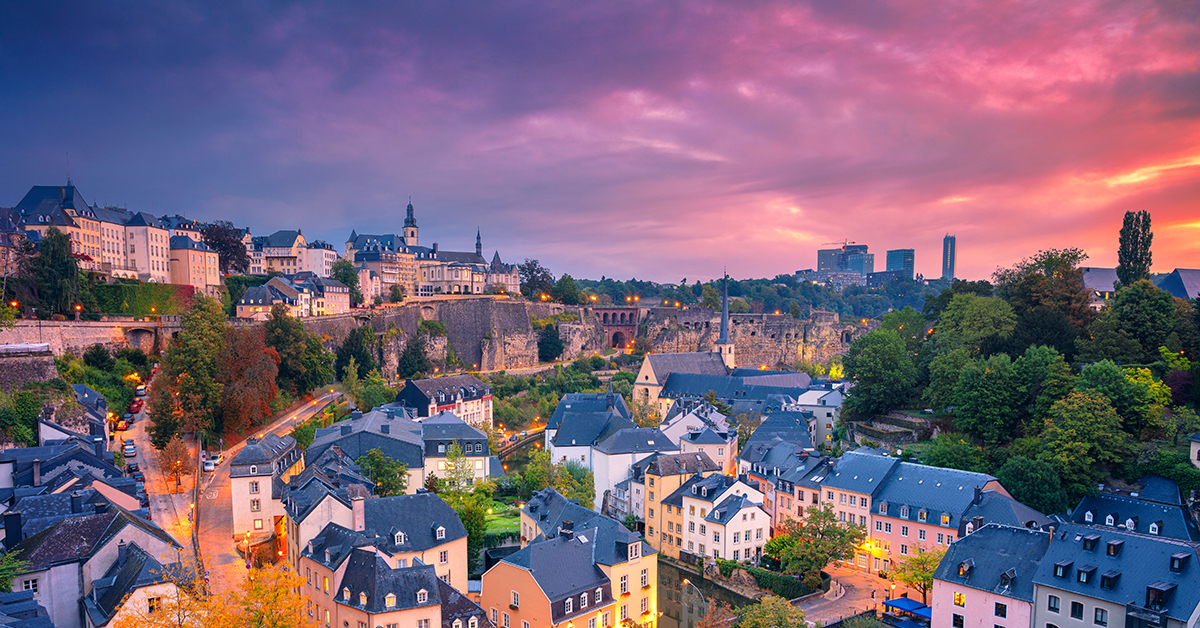 2. It’s the only Grand Duchy in the world

Following the defeat of Napoleon in 1815, the Congress of Vienna made Luxembourg a Grand Duchy. This means that a grand duke or duchess rules the territory by birth right. Throughout the 19th century there were as many as 14 grand duchies across Europe, such as Saxe-Weimar, Tuscany and Transylvania. Luxembourg is now the only remaining Grand Duchy in the world.

Henri Guillaume is the current Grand Duke of Luxembourg, reigning from 2000. 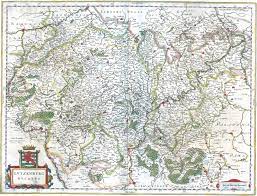 Luxembourg has three official languages: Lëtzebeurgesch or Luxembourgish, German and French. Luxembourgish is the national language and is similar to German in syntax and grammar. Most children learn this at nursery, then go on to learn French and German at primary school. At high school, most children will learn to speak English too. German and French are often used for administrative purposes, and all of the country’s laws are written in French. Most people speak Luxembourgish in conversation. 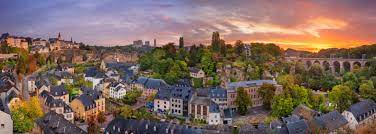 At 670 cars per 1000 inhabitants, Luxembourg has the highest rate of car ownership in EU. This is followed by Finland, Malta, Cyrpus and Poland. As of 2020, the most popular car brand in the country was Volkswagen with a 12.3% market share, followed by Mercedes and BMW.

5. Nearly half of Luxembourg’s population are immigrants

There are around 170 different nationalities living in the country. EU nationals make up a whopping 49.4% of Luxembourg’s workforce, boasting the highest percentage of expats of in the EU. Just over 43% of Luxembourg’s population of 525,000 inhabitants are foreign residents. Portuguese make up the largest proportion of the group, at 16.4%.

According to the Grand Duchy of Luxembourg Statistics, over 60% of the population have an immigrant background. 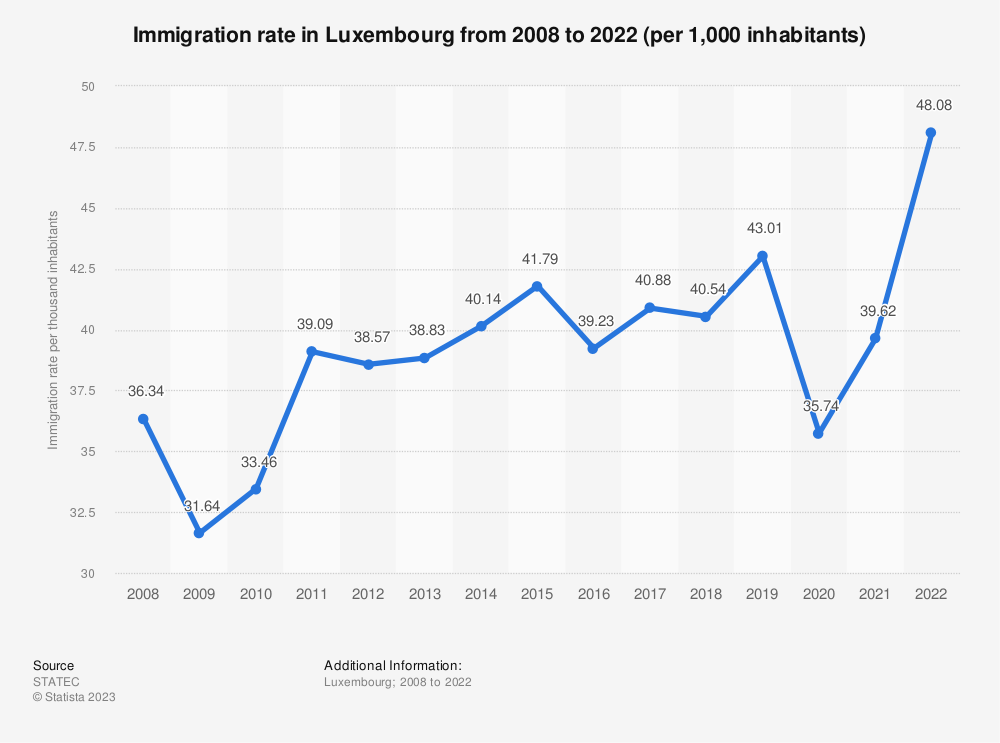 6. Luxembourg has the highest minimum wage in the EU

Unemployment in Luxembourg is the lowest in all of Europe too. However, it’s also one of the most expensive places to live in the world.

7. There are 17 km of underground tunnels beneath Luxembourg City

The underground network plummets as deep as 40-metres into the rock face. It was built as part of the city’s defence in 1644. The network was enlarged in the late 17th century and again in the 18th century. This earned Luxembourg the title of ‘Gibraltar of the North’.

During World War II the tunnels were used as air-raid shelters, protecting up to 35,000 people at a time. The’re now a UNESCO World Heritage site, open to the public for guided tours between March and September. The 7 Most Instagrammable Spots In Luxembourg