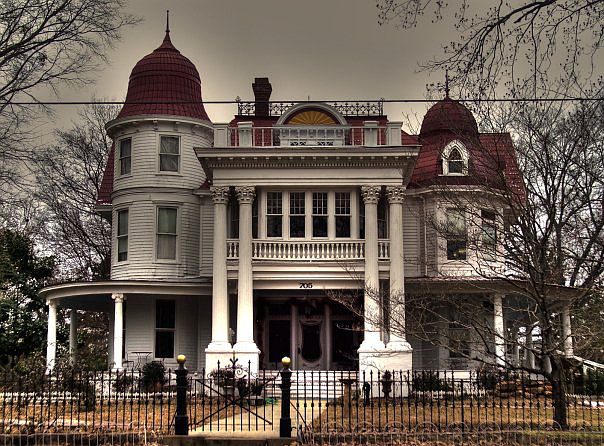 7 of the Most Haunted Places in Arkansas

Happy Halloween! The spooky season might be ending for another year, but we’re still in the Halloween spirit. What better way to celebrate than by delving into some of the US’ most haunted states? Today, we’re visiting Arkansas. The landlocked state is full of beautifully open space, but there’s something about its scarcity that leaves a creepy feeling in its wake. From hotels to high schools, here are seven of the most haunted places in Arkansas.

Most Haunted Places in Arkansas

The story of the Allen House is one of the most commonly told ghost stories in the state. The regal-looking mansion was built by Joe Allen, who then lived there for years. Joe’s daughter, LaDell, sadly died in the home, supposedly ending her life by drinking cyanide. After her death, Joe moved the family out of the building, which was then turned into apartments. But when the new tenants started moving in, reports began flooding in of sightings of a shadowy figure of a teenage girl. As the only one to live and die in that house, it has to be LaDell. Not only have people seen her, but she’s also been caught on camera several times. 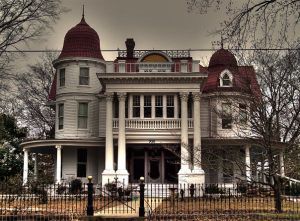 Former United States Congressman Samuel Peel built the Peel Mansion in 1875, and some say he never left. People say they’ve seen and felt his spirit around the home, clinging onto it. But he isn’t the only one that stuck around. Samuel’s daughter, Minnie, has been seen wandering the halls. Minnie played the piano in her lifetime and people say they can hear the faint, haunting music of a piano. But apparently, if someone enters the room when the piano is playing, it will abruptly stop. You can go see for yourself – Peel Mansion is open to the public as a museum, embracing its ghostly reputation with ghost walks. Clayton House is one of the most loved buildings in Arkansas. It was once the home of William Henry Harrison Clayton and is now listed on the National Registry of Historic Places. It’s unclear as to whether the Clayton family are happy with their home becoming a museum. Martha Siler used to be the director of Clayton House and reported several paranormal encounters. She described one particular bedroom that fills anyone who enters the room with a terrifying feeling of dread. Martha also says she saw an apparition of a woman appearing in Mr Clayton’s study, dressed in a brown skirt and linen shirt. Other reports include hearing doors slamming, music coming from empty rooms, and heavy footsteps stomping up and down the hall. Given the multitude of reports, it’s certainly one of the most haunted places in Arkansas.

The hauntings of Basin Park Hotel are so infamous that they even use ‘Boo at the Basin’ as one of their official slogans. And anywhere that runs ghost tours every weekend is surely one of the most haunted places in Arkansas. The tours are guided by two mediums, who delve into the past of the hotel and the ghosts that haven’t checked out yet. One of the most common sightings is of a shadowy young woman with piercing blue eyes and bright blonde hair. Another is a young girl with her hair in pigtails and dressed in a yellow dress. Would you dare to take a visit? The Crescent Hotel could have the best location in all of Arkansas. It’s set at the highest point of the county, overlooking the famous Ozarks. Perhaps it’s the hotel’s remoteness that attracts so much paranormal activity. Staff and visitors are constantly reporting unexplained activity in various rooms in the hotel. A guest even caught an apparition on camera in Room 202. But Room 218 might be the most famously haunted in the hotel, with many guests reporting seeing full apparitions, hearing strange noises, and feeling uneasy. The hotel still sits proudly in its privileged place. Even if you don’t visit for the ghost hunting, the view makes it worth the trip. There are high school superstitions, and then there’s the Mumbling Man of Jacksonville High School. It’s a tale that isn’t just told in the high school but all across Arkansas. It’s unclear where he came from, but the Mumbling Man is often heard in the high school’s auditorium. As his nickname suggests, people say they hear an unexplainable mumbling sound, like someone was talking to themselves. People also hear footsteps when no one’s around. We definitely wouldn’t want to be in that auditorium alone! The Gurdon Light is an Arkansas phenomenon. There isn’t a scary story attached to it, but the sight of this light is believed to be one of the most haunted places in Arkansas. The eerie blueish-white light sways near the railroad tracks in the woods of Gurdon, clearly visible to anyone who sees it. The popular TV show Unsolved Mysteries covered it back in 1994, but the mystery remains just that. But of course, there are some theories. The most believed is of a ghostly apparition of a railway worker, carrying the lantern they would have carried for work. This one in particular is linked to William McClain. William was murdered in 1931 on those same tracks, and perhaps coincidentally, the light appeared a couple of years later. 7 of the Best Steakhouses in Arkansas 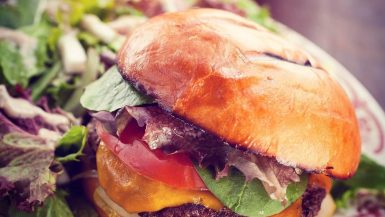 The 7 Best Burgers In Little Rock 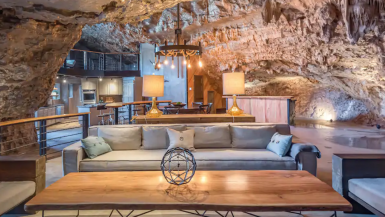 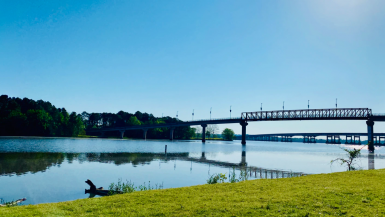 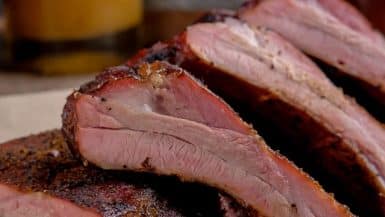 The 25 Best Places For Ribs In Arkansas The 25 Best Pizzas In Arkansas 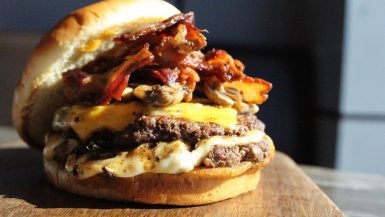 The 25 Best Burgers In Arkansas