The coolest and most classic way to explore Rome might be on the back of a scooter but, failing that, two legs will do the job. Rome is a highly walkable city and the best way to discover the city’s hidden churches, best boutiques and local hangouts is on a good old-fashioned passeggiata From pilgrim’s paths to 16th-century parklands, here are seven of the best walks in Rome.

The best walks in Rome

Rome’s most famous park offers up 100 acres of leafy lanes, landscaped gardens and grassy banks to stroll through. Often referred to as Rome’s ‘green lung’, the gardens are located on Pincio Hill, close to the Spanish Steps and Piazza del Popolo. The Cardinal Scipione Borghese laid out the park in 1606 and commissioned the building of Villa Borghese, the elegant stuccoed building that now houses the world-famous Galleria Borghese. Once you’ve strolled around the park’s perimeter and winding paths, wander over to the Giardino del Lago. In the summer, you can hire rowing boats for a romantic trip across the lake. Or, if you’re here in the evening, make sure to stick around for Casa del Cinema. 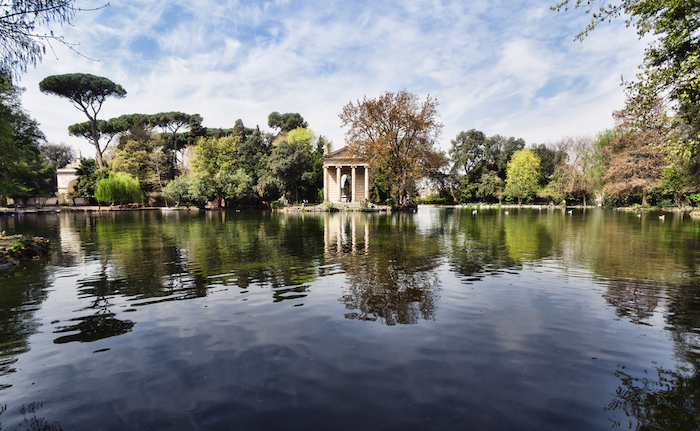 Trastevere is quite possibly Rome’s loveliest and liveliest neighbourhood. Sitting on the left bank of the River Tiber, south of the Vatican, it’s home to some of the city’s best restaurants, bars and boutiques. Start your stroll in the north of the neighbourhood and take any of the narrow winding alleys south to Porta Portese. It’s won’t make much of a dent in your pedometer, but it’s near-impossible to resist stopping for a bite or browse at a few bakeries and boutiques along the way. For some serious mileage, hike up to Gianicolo (or Janiculum), Rome’s highest hill. It’s not the most picturesque hike and you’ll likely be shoulder to shoulder with speed-seeking motorbikes for quite a bit of it, but it’s worth the efforts for the views. Stand at the peak to take in the full panoramic views over Rome’s rooftops. Once you’ve had your fill of sparkling views, there are a few attractions to explore too. Highlights include the 15th century Chiesa di San Pietro in Montorio and the Fontana dell’Acqua Paola. It’s also worth stopping by the Faro del Gianicolo, a sweet lighthouse built to commemorate the unification of Italy. 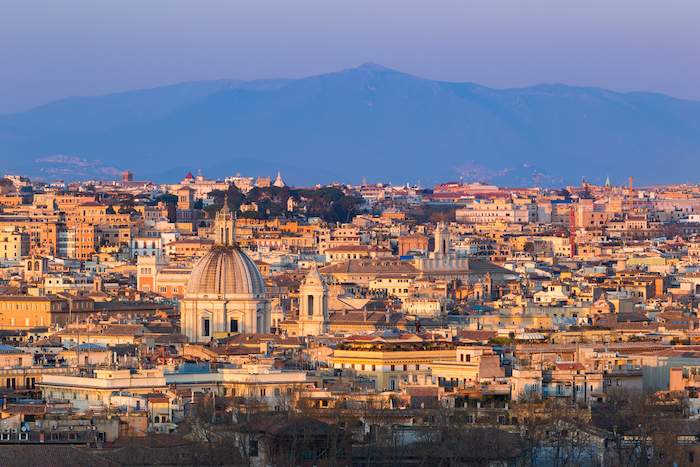 Stretching from Castel Sant’Angelo to Tiber Island, this walk boasts the most atmospheric views along the whole river. Bookshops, restaurants and gelateria line the riverbanks and, thanks to recent council efforts to tidy up the walkways, it’s easier to walk than ever. Start your walk in Trastevere on the east and look out for Ponte Rotto – the broken bridge.

You’ll need to hop on a bus or a bike to reach the Lago Albano, which sits 20 km south-east of Rome, but it’s worth the effort. The lake is actually a volcanic crater, situated in the ancient Alban hills. The 10-km trail is just a few metres away from the edge of the water, making it a popular spot for bird-watchers too. There are a few houses and restaurants dotted along the route, and you can hire out canoes and paddleboards if you fancy getting out into the water too. Finish up at Castel Gandolfo, the hilltop village that once served as a papal residence and offers spectacular views over the lake. The ultimate breath of fresh air moments from the city. 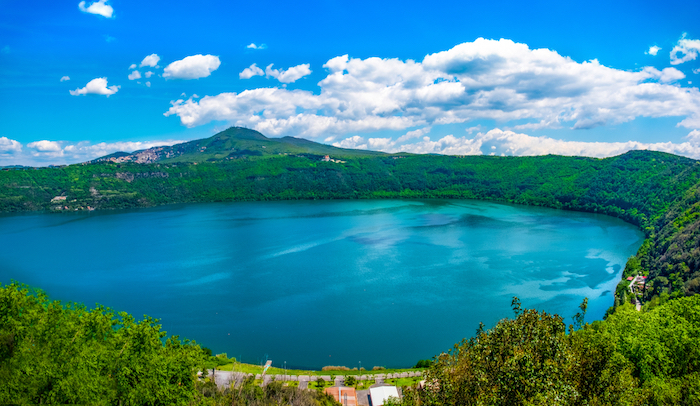 Ever heard the phrase ‘all roads lead to Rome’? Well, think of the Appian Way (also known as Via Appia Antica) as the original road to Rome. Built in 312 BC it was the Republic’s first gateway to the east. Running from Rome all the way to Brindisi, thousands of merchants, Romans, priests and soldiers have trodden this path over the centuries. You can still see the original chariot ruts in some of the sections too. Hop on the bus from the Colosseum metro station and start your hike at Porta San Sebastiano. 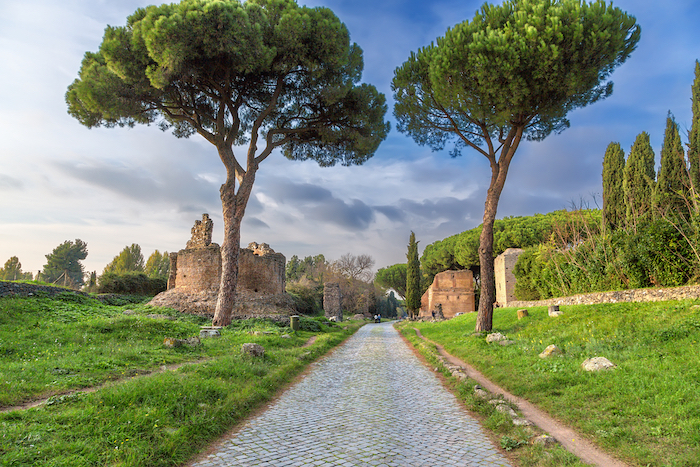 Villa Borghese might officially claim the title of Rome’s ‘green lung’, but Villa Pamphili Doria is a close runner. Located in Monteverde, this park is beloved by Romans for its pine-tree lined boulevards, fountains, lakes, ponds and woodlands. There’s an easy 12.56km route around the park, starting at the Via di San Pancrazio. As well as landscaped gardens, the park is also home to Rome’s largest villa – the Casino del Bel Respiro. Most of the 17th-century Baroque villa is open to the public too, so make sure you take a peek at its immaculate manicured gardens and Roman ruins. 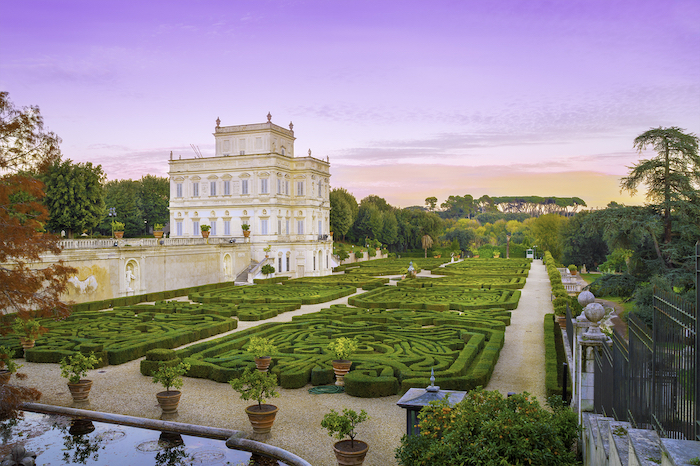