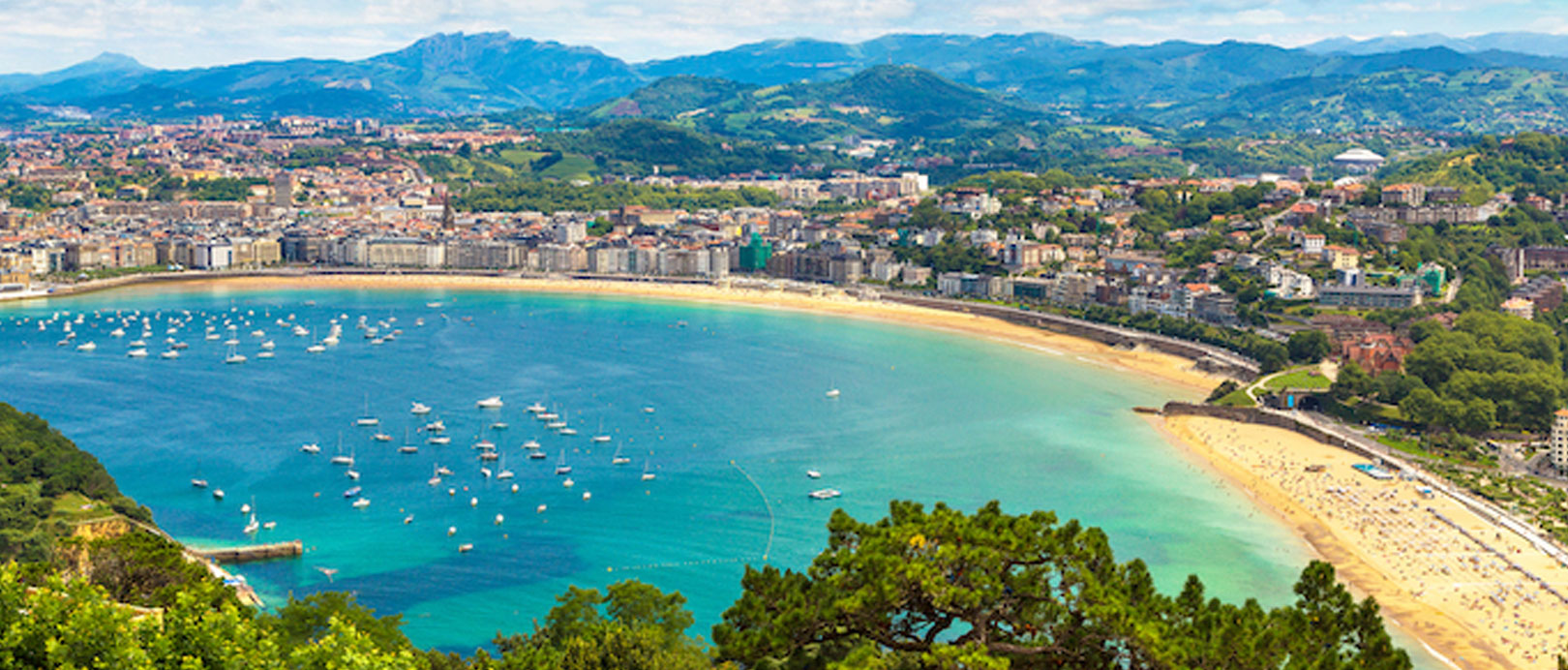 Bilbao and San Sebastian are the Basque’s blockbuster destinations. In both cities, you can spend your days tucking into pintxos – tiny morsels of delicious dishes, meandering around the museums or soaking up the atmosphere in a sunny square. But they’re miles apart as cities, if not in geography. San Sebastian is the region’s well-heeled seaside resort, famed for its charming old buildings, brilliant beaches and unbeatable cuisine. Bilbao is bigger and brasher, though still undeniably handsome. It’s home to some of the country’s most staggering architecture, world-class museums and a buzzing nightlife scene too. If you can’t decide which to visit on your trip to the Basque,  our introduction to the two cosmopolitan cities should help you to decide.

San Sebastian vs Bilbao: How to Choose Between the Two Overview – is Bilbao or San Sebastian a better break for me?

Bilbao is the Basque’s biggest city and the tenth-largest city in Spain. It’s located in the Biscay province, the westernmost point in the region. Today, the city is best known for its staggering architecture, like Calatrava’s famous soaring bridge, Philippe Starck’s inspired wine storage warehouse and the magnificent Museo Guggenheim, designed by Frank Gehry. The museums are world-class and the food is excellent too, from lively pintxos bars to Michelin-stars, and everything in between. It hasn’t always been that way, which is why Bilbao is often described as an ‘urban phoenix’, reflecting the city’s dramatic rise from a run-down industrial city to cultural dynamo.

San Sebastian is a resort city, with a sparkling seaside setting. Its vast golden beaches are a big draw, but most people come for the food, given its status as one of the world’s great dining destinations. It’s where you’ll find some of Spain’s most creative and innovative chefs, as well as simple cafes showcasing first-rate local ingredients. It’s cultural too, named European Capital of the Year in 2016 thanks to its lively festivals, culinary fairs and renowned institutions.

Bilbao is home to a staggering range of museums and many of them are amongst the most prestigious in the world. Museo Guggenheim is undoubtedly the most famous. The glittering titanium structure is one of the world’s most iconic buildings – and it’s just as good inside. The 45-metre light-filled atrium houses permanent exhibitions dedicated to the likes of Richard Serra and Jenny Holzer, as well as temporary exhibitions ranging from centuries-old tapestries to 20th century Paris. Other popular museums include the Itsas Museum and the Museo Bellas Artes, Architecture buffs will want to take a trip to the Azkuna Zentroa, the modernist leisure centre housed in the city’s old wine exchange.

It’s not all contemporary though; a wander around the narrow winding streets, colourful centuries-old buildings and lively bars in Casco Viejo, the Old Town, is a must. It’s where you’ll find some of the city’s older attractions, including the Catedral de Santiago de Bilbao, the Archeological Museum and the churches of San Nicolás and San Antón.

This blend between old and new is one of Bilbao’s biggest selling points, and one of the best ways to get a sense of how the connects the two is by taking the rickety old funicular cable railway to the top of Mount Artxanda. The views are jaw-dropping, and there’s a handful of trails to take around the mount too. 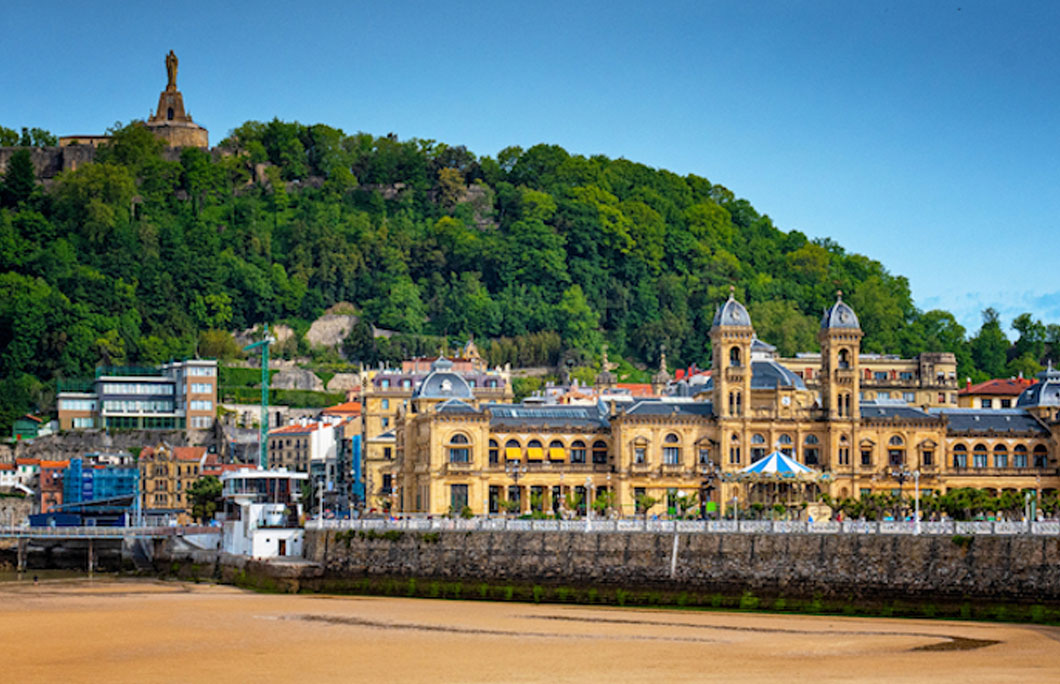 San Sebastian’s city centre is significantly smaller than Bilbao, but it still packs a punch. You’ll find most of the city’s most famous sights in and around the Casco Viejo, the charming old town at the bottom of Monte Urgull. There’s a handful of beautiful churches to visit, including the San Vicente Church, Santa María Church and the epic Buen Pastor Cathedral. The Museo de San Telmo is the oldest museum in the Basque Country, dedicated to Basque history from prehistoric to the present day. The Ayuntamiento, San Sebastián’s city hall, is perhaps the city’s most famous landmark and stands between the Concha Beach and the historical quarter, close to the picturesque Alderdi Eder Gardens.

At the port, you’ll find the aquarium – one of San Sebastian’s most popular attractions. The Palacio de Mirimar is worth a trip too. Built in 1893, the building served as the official holiday residence for the Royal Family. While you can’t visit the building’s interiors, you can wander around its perfectly manicured gardens. 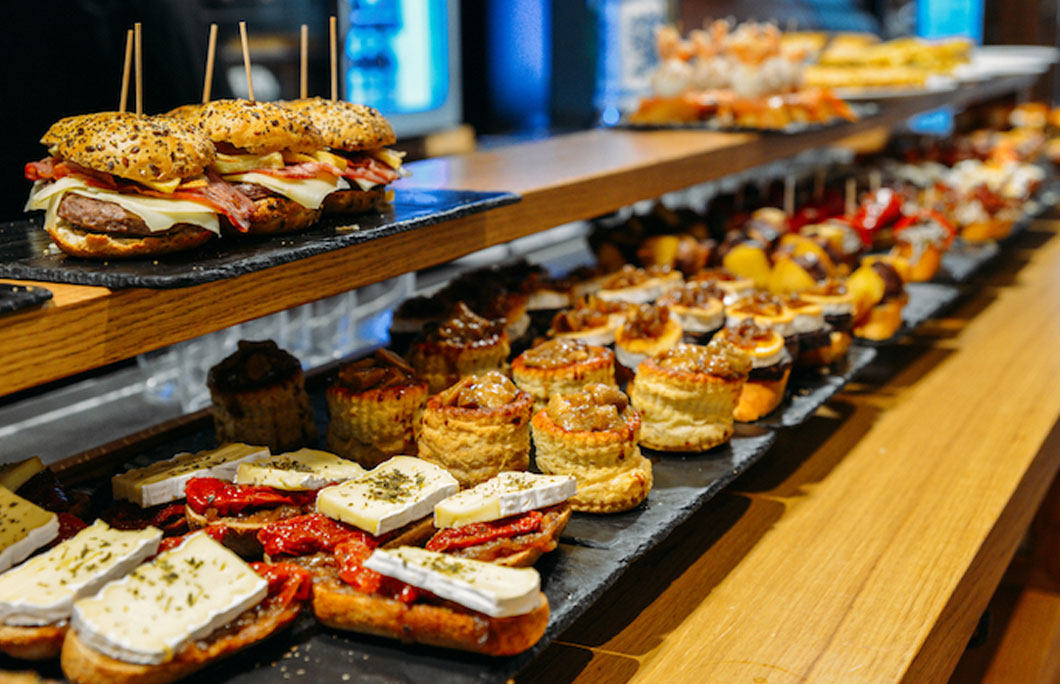 Basque is one of the world’s most famous culinary destinations, thanks to the quality of its products and the innovation of its chefs. According to Food & Wine magazine, Basque people spend more than twice as much of their disposable income on food as people do in the United States.

It’s easy to find delicious food in Bilbao. Plaza Nueva is a good place to start – lively cafes, bars and restaurants line the 19th-century square. For an introduction to Basque cuisine, head to the river to La Ribera market. Established in 1929, the market is the epicentre of the city’s culinary scene, home to fresh fruit, veg and cured meat stalls, as well as bars and restaurants. It’s also the largest indoor covered market in Europe – perfect for when the weather looks a little menacing. For refined fare under Michelin stars, there’s Azurmendi, Mina, Boroa, Etxanobe, Etxebarri, Nerua, Zortziko, Andra Mari and Zarate, and more too.

But Bilbao can’t quite compete with the heights of San Sebastian on the culinary front. It’s famous for pintxos, and you’ll find hundreds of bars lining the streets serving up first-rate bites. It’s also home to some of the best restaurants in the world, home to more Michelin stars per square metre than any other city in the world, apart from Kyoto in Japan. Akelarre, Arzak and Martín Berasategui all hold three Michelin stars too. There are cheaper options too, with some of the best food markets in the country. The San Martín and La Bretxa markets are two of the best – the top restaurants source their ingredients from here. Its seaside location means easy access to the freshest seafood. You’ll find the best iterations of dishes like bacalao al pil pil, percebes and kokotxas here.

Bilbao might lose points on this front for its inland location, but the closest beach is only 13 km away. Soplena is one of the most scenic local beaches, with golden yellow sand and a dramatic cliff backdrop. It’s just a short ride on the metro too. If it’s water you’re after, rather than sandy stretches, it’s worth keeping in mind that Bilaboa has a beautiful river. One of the most charming ways to get your bearings is by taking the boat along the Ría del Nervión.

San Sebastian’s glorious golden stretches are hardly a well-kept secret. There are three sprawling urban beaches to choose from, each with different characters. Surfers hotfoot to the Playa de la Zurriola for the biggest waves. It’s popular with younger crowds too, with lots of bars, surf shops and restaurants lining the beaches. The Playa de la Concha has frequently been nominated as one of the most beautiful beaches in the world. With those crystal clear, calm clear waters, it’s little wonder why. Ondarreta beach, La Concha’s next-door neighbour, is a little quieter too. You can take the boat out to the picturesque Isla de Santa Clara for a day away from the crowds too. 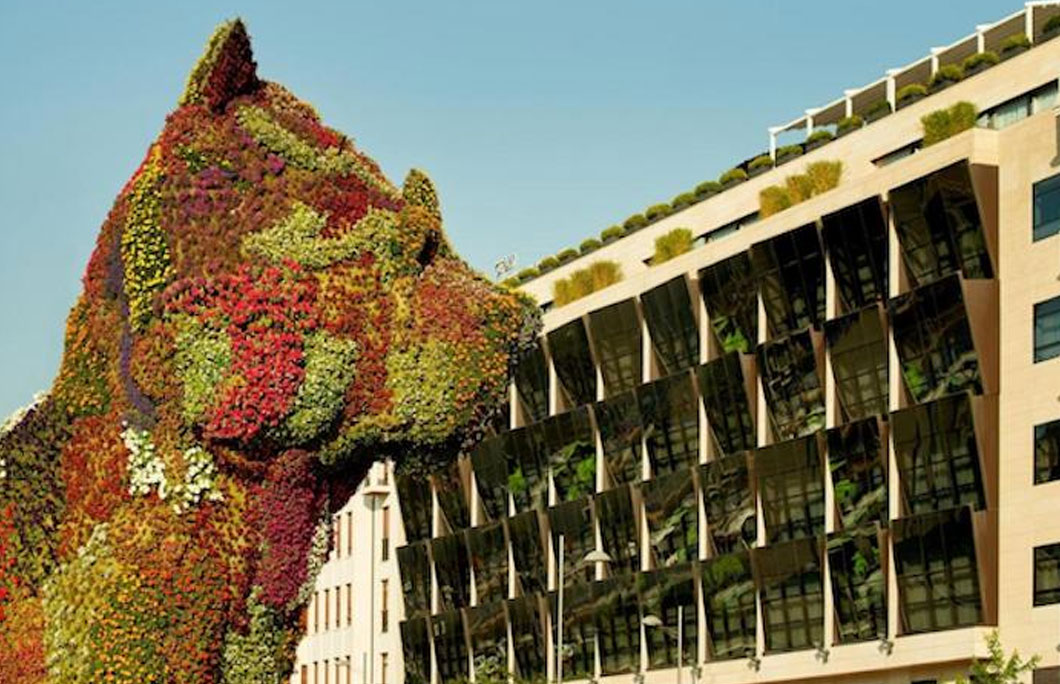 If you’re looking to stay in the thick of the action, the Old Town is your best bet. There are at least a dozen affordable hostels and budget B&Bs to choose from here, like Bcool Bilbao and Pension Manoli. If you’re here for the museums, try hotels like the sleek glass-fronted Miro Hotel, located opposite the Guggenheim Museum. Or you could try the Gran Hotel Domine, with different areas designed to reflect design eras – like Bauhaus and Boho. For sparkling seaside views, you’ll want to head out of the city. The Hotel Embarcadero, in Getxo, is a short metro ride away.

Parte Vieja is the most charming quarter to stay in, but it’s also the most expensive. That said, there are a handful of reasonably priced hotels on offer – Hotel SANSEbay is one of the best. If you’re looking to drink and dance through the night, it’s a good idea to stay in Gros. Located close to Zurriola beach, it’s also a little more affordable than the historic heart. Take a look at hostels like Koba Hostel, as well as budget hotels like Pension Del Mar. If you’re looking to splurge, head to the Hotel Maria Cristina – it’s literally a palace. 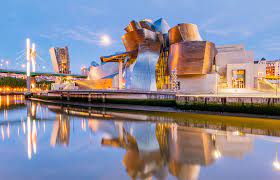 Both Bilbao and San Sebastian are cooler and wetter than Spain’s sun-soaked destination. The best time to visit is May, June and September. August never gets too hot, but it does get busy. In mid-August, Bilbao hosts the lovely and lively Semana Grande festival, which is good fun but pushes prices up. The rainiest months in San Sebastian are January, April and November. June and September are the best time to visit, while there are fewer crowds and the weather is warm. The Zinemaldi film festival is another very good reason to visit in September.