There are plenty of Swedish festivities, holidays and events over the festive season which sees the Swedes practice many distinctive customs. From Lussebullar to St. Lucia, here are some unique Christmas traditions in Sweden that you may not have known about.

In Swedish, the Christmas greeting is god jul och gott nytt år. This means merry Christmas and a happy new year. Jul is the Swedish for Christmas and nytt means new year. 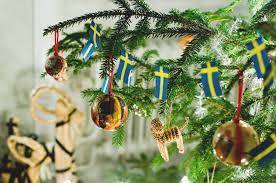 In Sweden, the Christmas season starts on the fourth Sunday before Christmas. This four-week period leading up to Christmas is Advent. On the first Sunday of Advent, the Swedes light the first candle in the Advent candlestick. This Christmas tradition in Sweden dates back to the 1890s. There are four candles in the candlestick and every Sunday of Advent someone lights a candle. On Sundays in Advent, many Swedes drink glögg. This is a Nordic warm spicy wine with blanched almonds and raisins. The Swedes eat pepparkakor (spicy ginger cookies) with the wine. 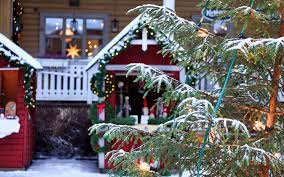 Swedish lussebulle or lussekatt are traditional saffron buns synonymous with Christmas in Sweden. They are also called Saint Lucy’s Day buns as they are traditionally eaten on December 13th, which is St. Lucia’s Day. This pastry is made with an egg and butter enriched sweet dough infused with strands of saffron and juicy raisins. Before putting in the over, bakers curl the buns into a lovely S-shape. 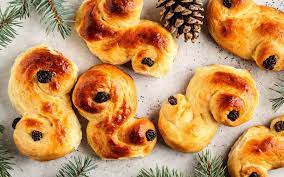 One of the biggest celebrations during Christmas in Sweden is St. Lucia’s Day(or St. Lucy’s Day) on December 13th. St. Lucia was a young saint from Italy killed for her faith in 304. On St. Lucia’s Day, young girls dress up as her and sing carols. The girls wear white dresses and a red sash and a crown of candles on her head. The crown is made of lingonberry branches which symbolise new life in winter. The date is also symbolic as it was the Winter Solstice, the shortest day of the year, in the old ‘Julian’ Calendar. 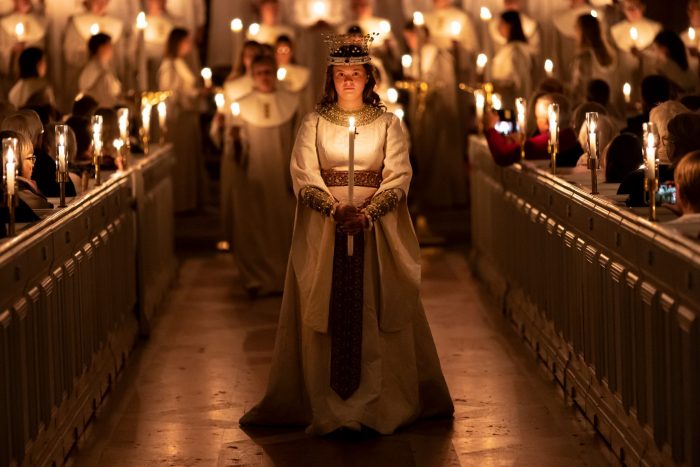 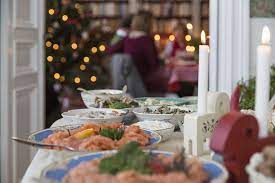 6. Presents from the Christmas Gnomes

In Sweden, presents are brought by Santa who is called Jultomte. Christmas gnomes called Tomte also leave gifts. Male Christmas gnomes or elves are called Nissar or female gnomes/elves are called Nissor. Traditionally, children would leave a bowl of risgrynsgröt rice pudding on the front porch for Santa and the gnomes to eat. However, nowadays, Jultomte and Tomte leave the gifts whilst the children are finishing off their risgrynsgröt on Christmas Eve. 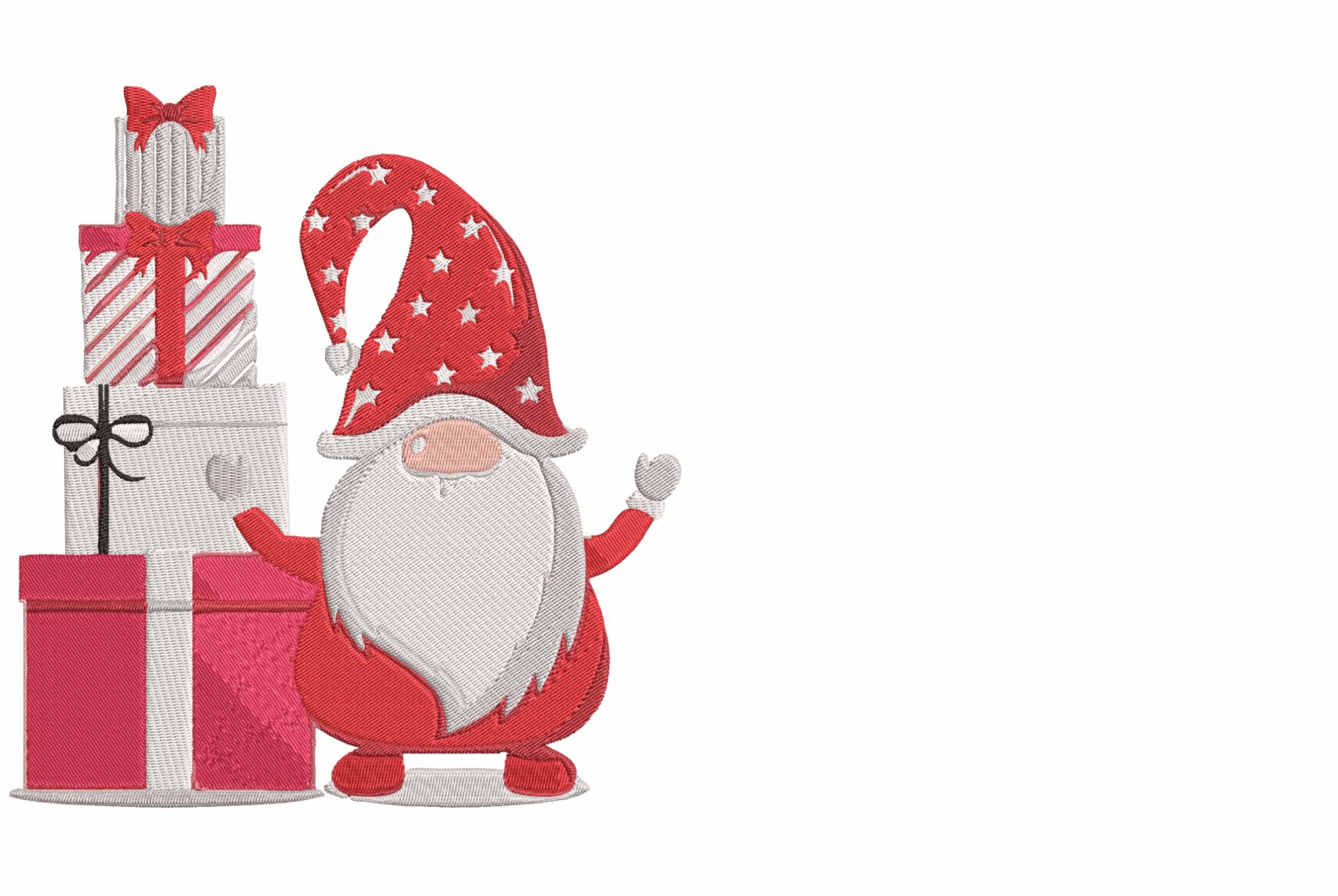 Christmas in Sweden doesn’t end until the 13th of January, a full twenty days after Christmas. The end of the festive period is called Tjugondag Knut (Twentieth Day Knut) or Tjugondag jul (Twentieth Day Yule). The day is named after a Danish prince called Canute Lavard who was later canonised. Traditionally, on Tjugondag Knut, the Swedes take down their Christmas trees and eat any leftover cookies and sweets. 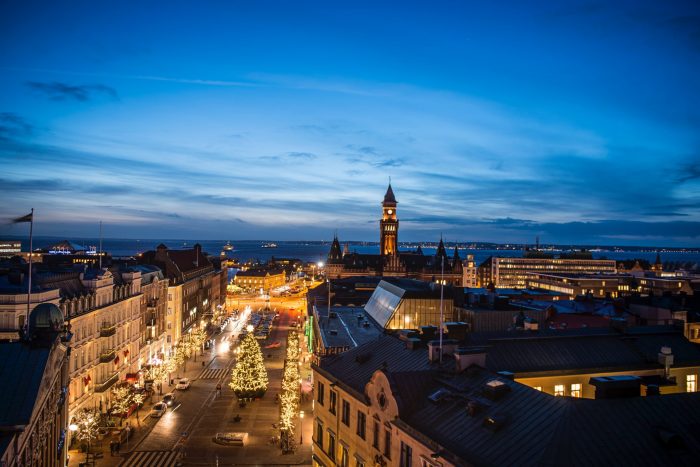 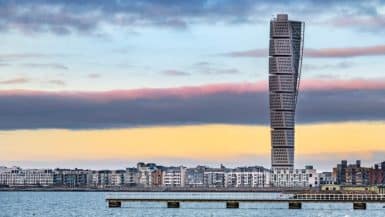 7 Swedish Dishes You Have To Try 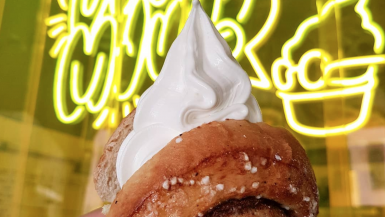 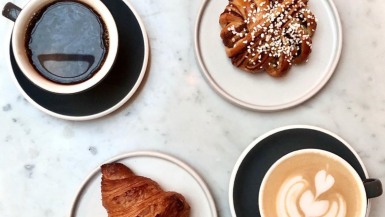 The 25 Best Coffee Shops In Sweden 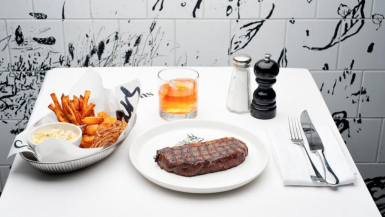 The 25 Best Places For Steak In Sweden 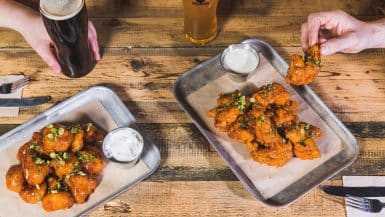 The 7 Best Spots For Chicken Wings In Sweden 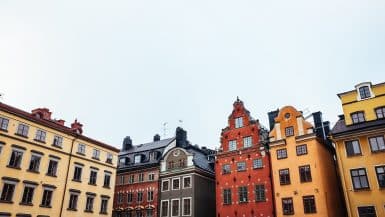