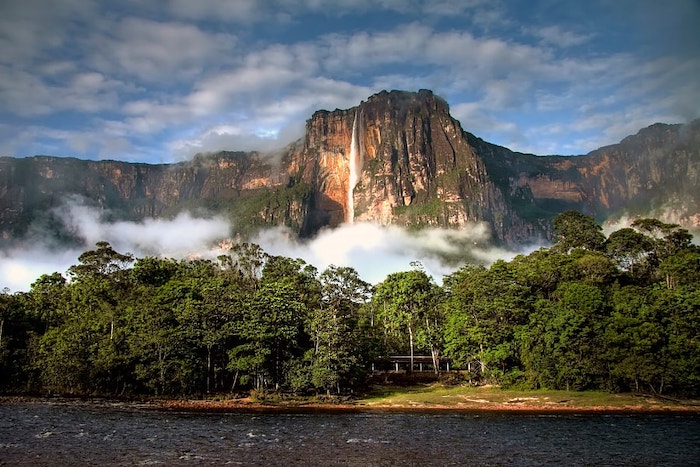 Angel Falls is the highest, uninterrupted waterfall in the world and is also part of one of the longest rivers in South America. Located deep in the rainforest, The Falls are only accessible by plane and then boat. It is this remoteness that attracts adventurous tourists from around the world to visit. Its stunning location has also been the inspiration for novels and movies. Curious to know more? Here are some of the most interesting facts about Angel Falls in Venezuela

1. Angel Falls is the tallest uninterrupted waterfall in the world

2. It gets its name from an American adventurer

Angels Falls is Salto Angel in Spanish. The Falls got their name from American adventurer, James Angel. James was the first outsider to see the falls. He flew over them in 1933. He then returned to The Falls in 1937 with the intention of landing his plane. James successfully landed his plane on the tepui (table-top mountain), however, after landing, the plane got stuck in the mud and was unable to take off.  James and his companions trekked for 11 days across difficult terrain to get off the tepui and reach the nearest settlement at Kamarata. You can see Jimmy Angel’s plane in the Aeronautics Museum of Maracay. 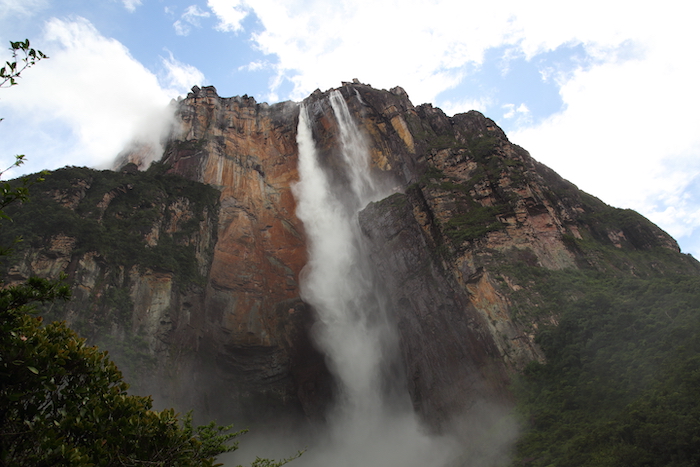 3. It is the ‘waterfall of the deepest place’

The indigenous and official name is Kerepakupai merú which means ‘waterfall of the deepest place’. In December 2009, the then President of Venezuela, Hugo Chávez declared that the falls should be referred to as Kerepakupai Merú. He said, “This is ours, long before Angel arrived there.” 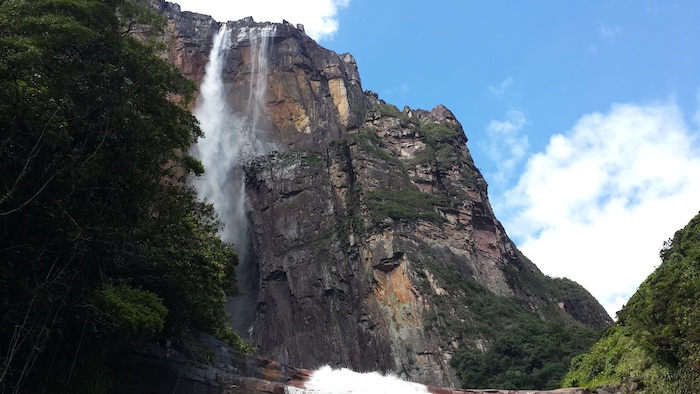 4. It falls over Auyán Tepui

The Angel Falls plunges over the edge of the Auyán (Ayan) Tepui mountain. This is in the Canaima National Park in the Gran Sabana region in southeastern Venezuela, near borders with Brazil and Guyana. The Canaima National Park is a 30,000 km2 (12,000 sq mi) UNESCO World Heritage site and is the sixth biggest national park in the world. It is the same size as the country of Belgium.

5. Angel Falls inspired the movie Up

As mentioned, a tepui is a table-top mountain or mesa, much like Table Mountain in South Africa. But tepuis specifically refer to those found in the Guiana Highlands of South America. In the local Pémon language (the indigenous people who live in this region), the word tepui means ‘house of the gods’. The unique landscape of sheer table-top mountains that jut out of the Venesualian rainforest inspired the novel The Lost World, by Arthur Conan Doyle. Canaima National Park was the inspiration for Paradise Falls in Disney/Pixar’s 2009 movie Up.

6. Angel Falls are part of the Orinoco River system

Angel Falls are a tributary of the Carrao River, which is itself a part of Venezuela’s Orinoco River system. At 2,250 kilometres (1,400 miles), the Orinoco River is one of the longest rivers in South America.

7. The best time to visit is the rainy season

If you want to visit Angel Falls, you have to fly to Canaima National Park. From here you can get to Angel Falls is by boat, motorised canoe or by flying. To see the falls in full flow, the best time is visit is during the rainy season, which is June to December.