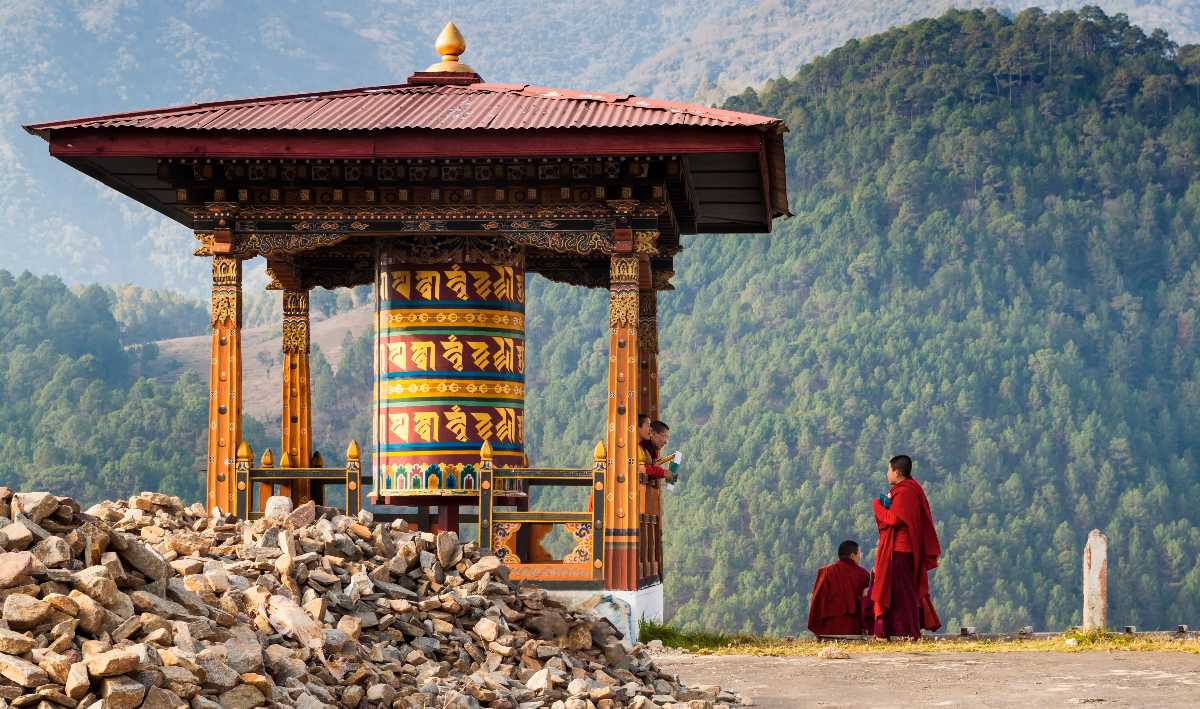 A place of deep mystery and intrigue, Bhutan is one of those ‘last frontiers’ still remaining in the world. This tiny kingdom is nestled within the Eastern Himalayas, bordered by the two Asian giants – China and India – on either side. Bhutan is probably best known for being the only carbon negative country in the world, meaning that it removes more greenhouse gases from the atmosphere than it produces. However, that impressive feat is just the tip of all the fascinating things about this nation. Read on to find out 7 interesting facts about Bhutan, the Land of the Thunder Dragon.

Things to Know about Bhutan

1. If you’re happy and you know it

Bhutan is the only country in the world to have a ‘Gross National Happiness’ index that measures its people’s wellbeing beyond simply their income. The GNH has four pillars- sustainable and equitable socio-economic development, environmental conservation, preservation and promotion of culture, and good governance. By making happiness a “fundamental human goal,” Bhutan ensures its people have everything their need to achieve it, including free education and healthcare for all, an eco-conscious tourism policy, and responsible leadership, among many other things. In fact, Bhutan places more importance on its GNH than its Gross Domestic Product! It appears Bhutan has indeed found its answer to the age-old question, “does money buy happiness?” 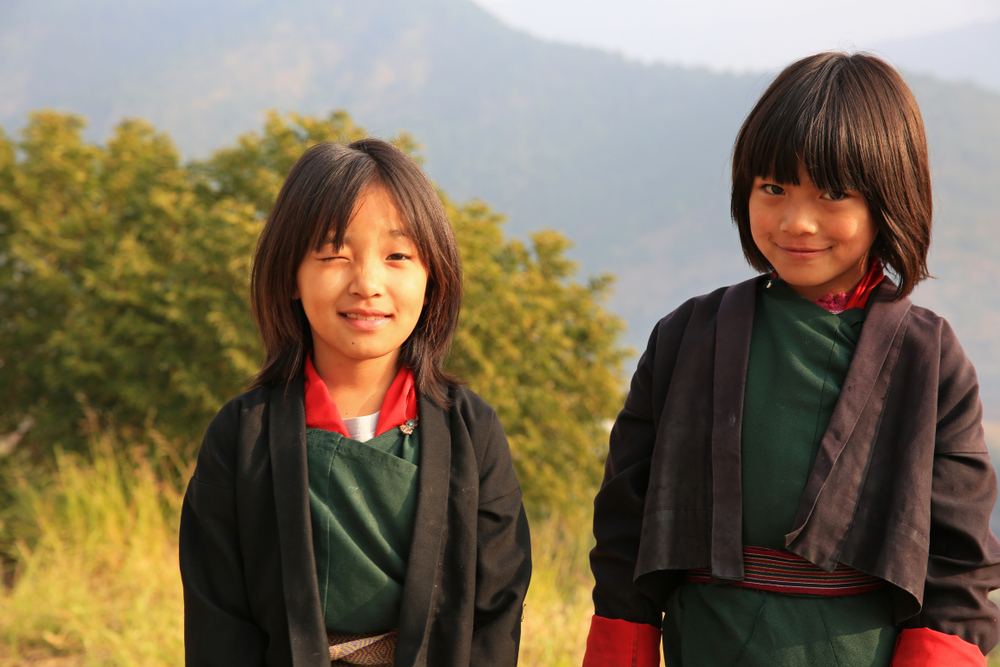 You won’t find traffic lights anywhere in Bhutan! Not even in Thimpu, its largest and capital city. So how do people know whether they can go or not? Easy, the old school way – traffic policemen! It is rumoured that a set of traffic lights were once installed in Thimpu but soon got taken down. The locals complained that they were too ugly and – get this – they wanted their old traffic policeman back! In fact, the traffic police are such a beloved part of the Bhutanese roads that they hold a bit of a celebrity status. They sometimes perform their duties while dancing, which visiting tourists usually find absolutely fascinating. It’s also not unusual to find herds of cows or buffaloes in the middle of the road. However, traffic accidents are still quite uncommon because everyone drives slowly on the hilly roads. 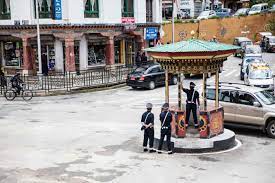 3. An altitude to humble all attitudes

Ganghar Puensum, situated on the Bhutanese border with China, is the highest unclimbed mountain in the world. Sitting at an elevation of 24,836 feet (7570 meters), this mountain has thwarted many a cocky mountaineer. For instance, the first ever team that tried to climb Ganghar Puensum got lost because the maps existing at the time were so inaccurate. In 1985, a British mountaineering team had to give up halfway due to a mysterious illness. The following year, an Austrian team couldn’t summit due to perilous monsoon weather. Finally, the Bhutanese government decided to ban summiting expeditions of any mountain higher than 19685 feet (6000 meters) to respect the spirits dwelling on the highest mountains. In fact, Ganghar Puensum means “White Peak of the Three Spiritual Brothers” in Dzongkha. Unless this changes, it appears Ganghar Puensum will remain the highest unclimbed mountain in the world. 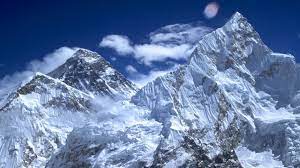 Speaking of cocky mountaineers, it sure seems like they could use a bit of luck, don’t they? Fortunately, Bhutan has just the right solution. A centuries old tradition in this kingdom is to paint gigantic, colourful phalluses on walls at homes, restaurants, and even schools. They are believed to ward off evil spirits and bring good fortune – so much so that they are often used in lieu of scarecrows! Some even say that lightly tapping a woman with a fake phallus will increase her chances of getting pregnant. Others disagree, saying that it does not need to be fake. We will let you decide for yourselves. In the meantime, if you visit Bhutan, you can pick up a tiny wooden phallus keychain as a good luck charm for your friends. 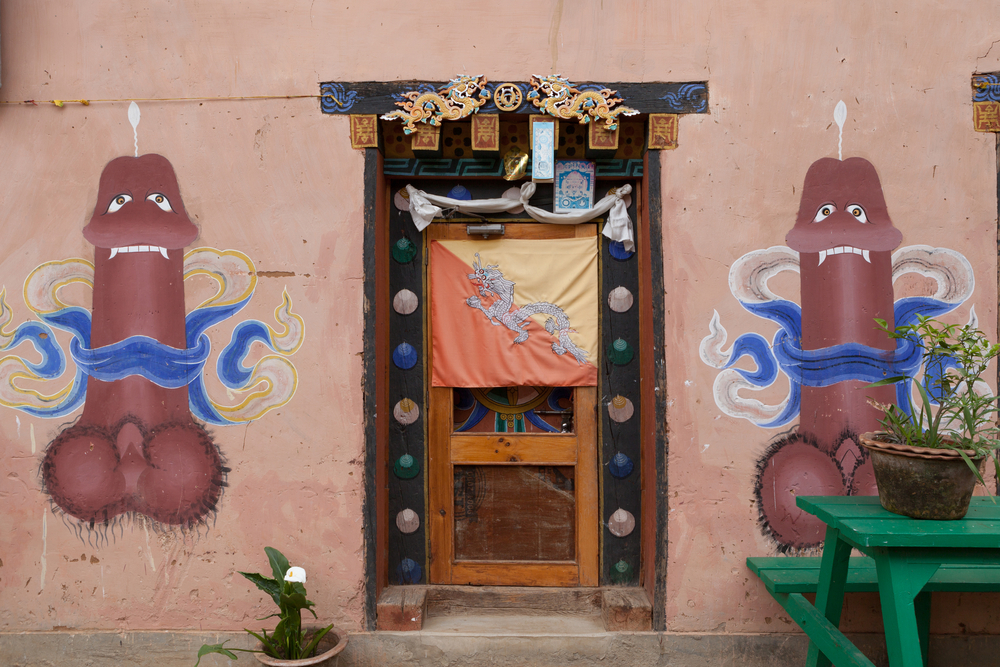 5. Never forget a birthday every again

One of the most fascinating facts about Bhutan? Almost all their citizens’ birthdays fall on the same day- New Year’s Day! Most of the older citizens don’t know their dates of birth, so the government just puts 1st of January on their identity cards. As a result, a vast majority of Bhutanese people celebrate their birthdays all on the same day. At the same time, if you were to ask a Bhutanese person when their birthday was, you’d probably get a smile and an answer along the lines of: “leading a happy life is much more important than how many years you’ve been alive on this planet.” For first-time visitors to the kingdom, this is often a surprising departure from the hullabaloo surrounding birthday celebrations in most other countries. 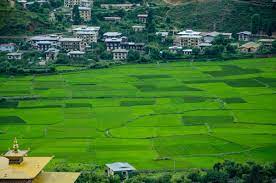 It is considered polite in Bhutan to refuse when someone offers you food the first time. This is meant to show gratitude and respect to your hosts and to display your unwillingness to inconvenience them. In turn, they will most likely insist that you eat at least a little. Upon the second or third offer, you may accept while covering your mouth and saying “meshu meshu.” However, make sure you can actually handle the heat before accepting your host’s invitation! Bhutanese cuisine is extremely spicy. Also, it is customary to say a short prayer and offer a small piece of food to the spirits as an offering before eating while cross-legged on the floor. Lastly, leave a bit of food on your plate when you’re done eating. This is to show your hosts that they have generously served you more than enough food to eat. In a complete reversal of inheritance laws found in most parts of the world, Bhutan is largely matrilineal. This means that property – be it land, house, or animals – is typically passed on from the mother to the eldest daughter. Therefore, when a couple gets married, the man moves in with his new wife. It is also a matriarchal society; women are considered the head of households and they run most of the businesses in the country, from restaurants to shops to farms. That being said, polygamy is still legal in Bhutan. A famous example of a man with multiple wives is King Jigme Singye Wangchuck, the fourth king of Bhutan, known marrying four sisters. This practice is, however, becoming less and less common. 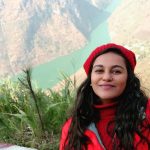 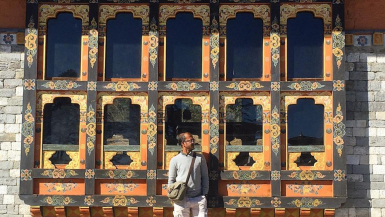 The 7 Most Instagrammable Spots In Bhutan