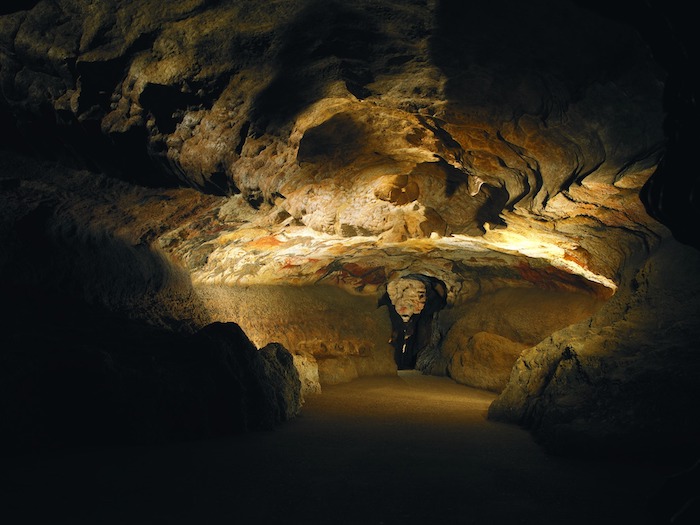 Lascaux Cave in the Dordogne region of France is one of the most famous caves in the world. Inside the cave, paintings and engravings adorn the walls. This artwork dates back to over 17,000 years ago, to the late Stone Age. Discovered by accident in 1940, the cave has fascinated scientists and visitors for decades, however, this fascination has led to the determination of the cave’s artwork. Luckily, there is a great conservation effort in place to help preserve the cave, including the creation of a second cave where you can see replicas of the artwork. Ready to learn more about this remarkable ‘prehistoric Sistine Chaple’? Here are some of the most interesting facts about Lascaux in France.

Lascaux Cave goes by many names. It is usually just called ‘Lascaux’, but is also called Lascaux Grotto and the French call it Grotte de Lascaux. Lascaux is one of the world’s most famous caves as it contains, according to experts, one of the most outstanding displays of prehistoric art yet discovered. The artwork dates to over  17,000 years ago, to the late Stone Age. 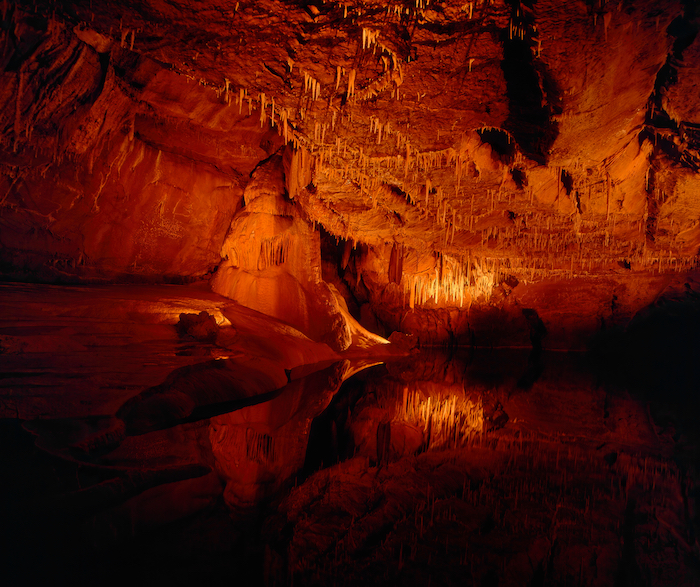 2. Lascaux Grotto is in the Dordogne region of France 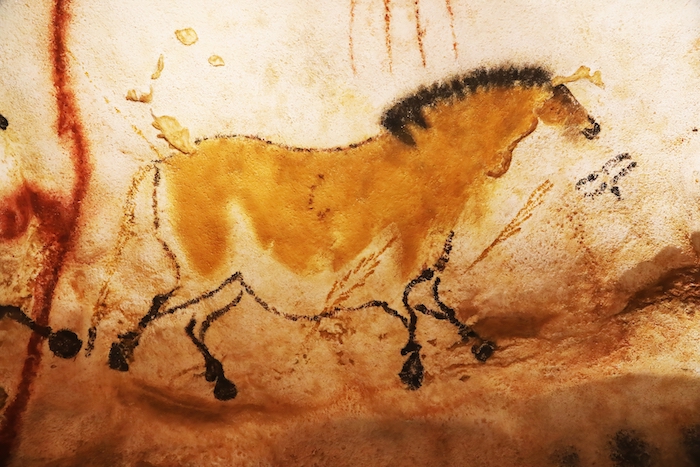 On the 12th of September 1940, Marcel Ravidat, who was 18 years old at the time, accidentally discovered the entrance to Lascaux. The cave’s main cavern is some 66 feet (20 metres) wide and 16 feet (5 metres) high. It also contains several steep galleries or rooms. These include the Great Hall of the Bulls, the Lateral Passage, the Shaft of the Dead Man, the Chamber of Engravings, the Painted Gallery, the Nave, and the Chamber of Felines. 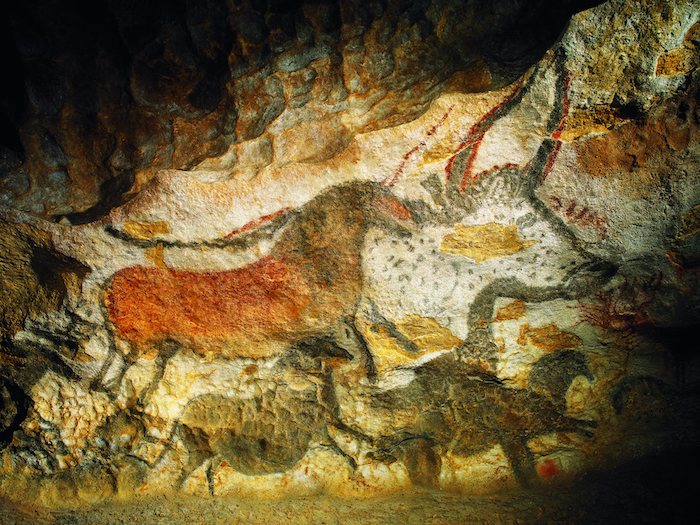 Some 600 paintings and nearly 1,500 engravings adorn the walls of the cave. The paintings and engravings feature patterns, symbols, and human and animal depictions. The cave dwellers painted most of the major images using red, yellow, black, violet and brown colours from a complex multiplicity of mineral pigments. Experts have identified over 900 images as animal depictions, with 605 of these identified precisely. Out of these animal images, there are 364 paintings of equines and 90 paintings of stags. Cattle and bison represent 4 to 5 per cent of the images. In the cave, you’ll also see images of other animals, for instance, felines, birds, a bear and a rhinoceros. 5. The largest painting is in The Great Hall of the Bulls

The most famous section of the cave is The Great Hall of the Bulls. The Hall of the Bulls, also called the Rotunda, is about 65.6 feet (20 metres) long, and it varies in width between 18 and 24.6 feet (5.5 and 7.5 metres). On the walls of this room are 130 figures, including 36 representations of animals and some 50 geometric signs. The 36 animals include bulls, equines, and stags. The four black bulls, or aurochs, are the dominant figures – hence the name of the room – and appear to be in motion. One of the bulls is 17 feet (5.2 meters) long and is the largest animal discovered so far in cave art. 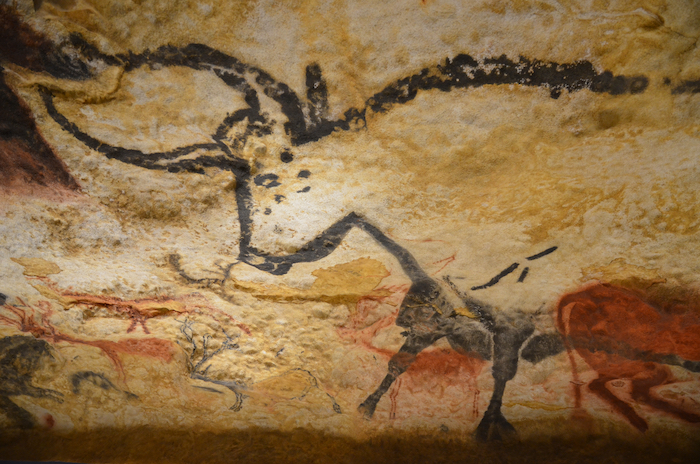 In 1979, the UNESCO World Heritage Convention declared the Lascaux Cave a World Heritage Site, as part of a group of prehistoric sites and caves in the Vézère valley. This region contains 147 prehistoric sites dating from the Palaeolithic and 25 decorated caves. Regarding Lascaux Grotto, UNESCO notes: “The hunting scenes show some 100 animal figures, which are remarkable for their detail, rich colours and lifelike quality.” 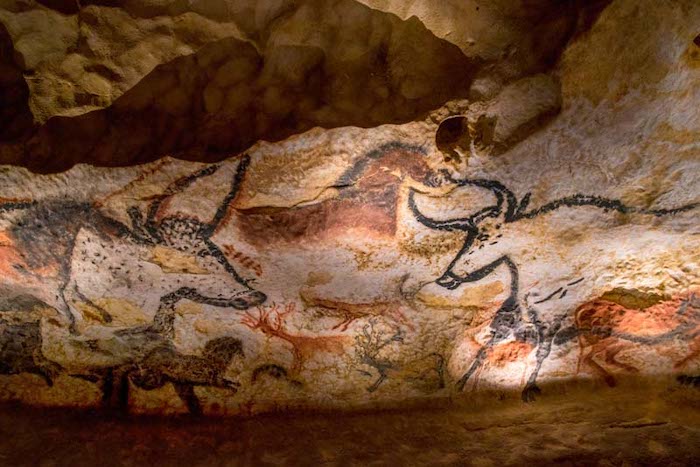 7. The paintings of Lascaux Cave are endangered

Nowadays, there are conservation efforts to protect the paintings in the cave. Officials closed Lascaux cave to the public in 1963 as the cave’s many visitors were damaging the artwork. The people in the caves as well as the artificial lighting used caused, among other things, algae and mould to grow on the cave walls and the carbon dioxide levels to increase. These lead to irreparable damage to the paintings.