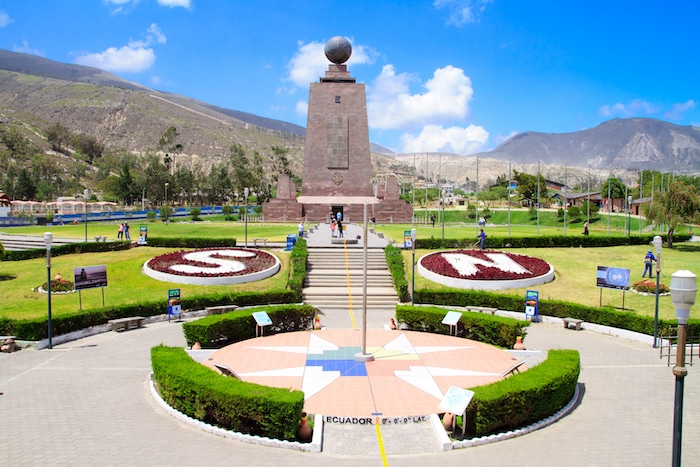 7 Interesting Facts about Middle of the Earth in Ecuador

Middle of the Earth is the most visited tourist attraction in Ecuador due to the fact that it is located right on the Earth’s Equator. Or is it? Scientists have measured the Equator to be hundreds of feet away from the monument that supposedly marks the centre of the world. Curious to know more? Here are some of the most interesting facts about Middle of the Earth in Ecuador.

7 Interesting Facts about Middle of the Earth in Ecuador

1. Middle of the Earth is in Ecuador

The Ciudad Mitad del Mundo, aka La mitad del mundo, aka Middle of the Earth, is situated in the San Antonio parish of the canton of Quito, which is 26 km (16 miles) north of the centre of Quito, the capital city of the South American country Ecuador. Middle of the Earth is actually a tract of land and a major tourist attraction. 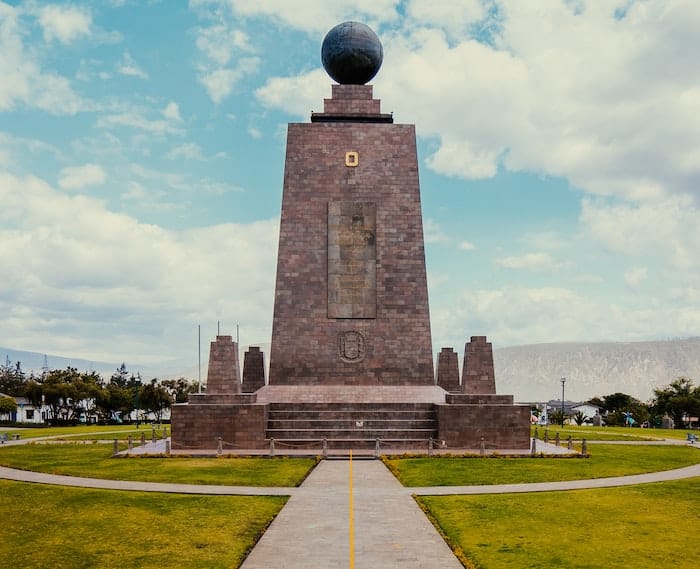 2. Middle of the Earth is 0 degrees latitude

At this site, you’ll find a yellow painted line on the ground. This line is precisely at the Earth’s midpoint — 0 degrees latitude, 0 minutes, 0 seconds. Visitors here can plant one foot on each side of the line, and thus have one foot in the northern and one foot in the southern hemisphere at the same time. 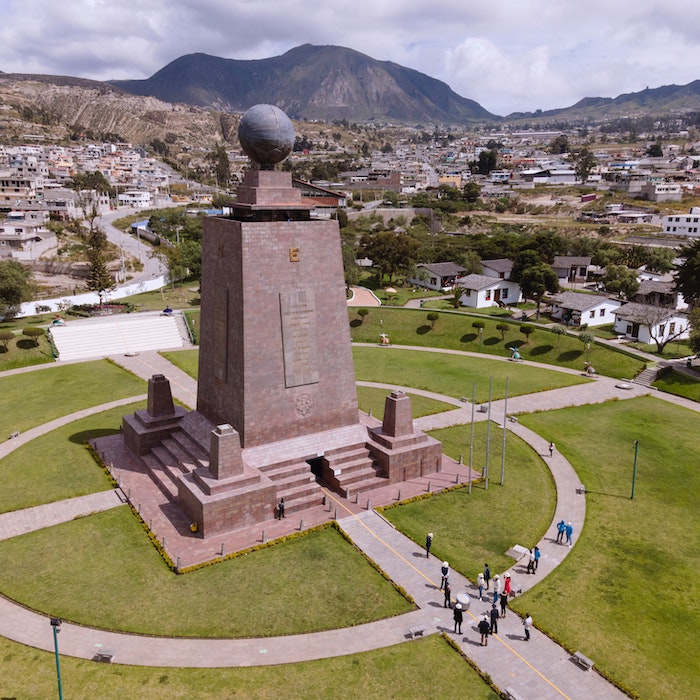 3. Middle of the Earth is home to Monument to the Equator 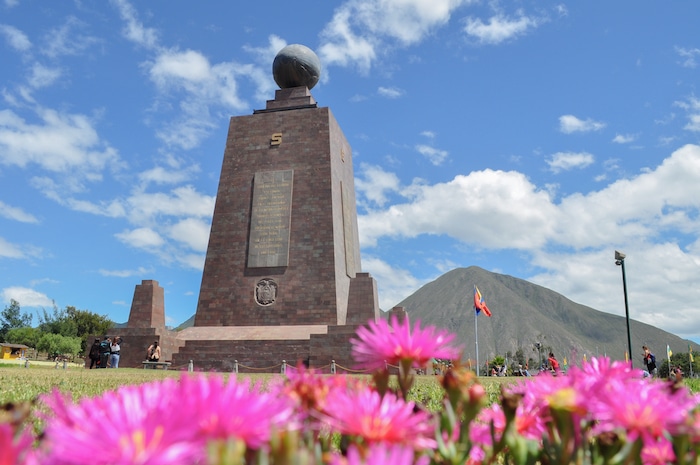 4. You can go inside the Monument to the Equator

Each side of the pyramidal monument faces a cardinal direction. A globe, which is 4.5 metres (15 feet) in diameter and weighs 5 tonnes (4.9 long tons; 5.5 short tons), tops the Monument to the Equator. You can go inside the monument which houses a small but interesting ethnological museum that displays a variety of indigenous items highlighting Ecuadorian culture, for instance, clothing and tools. 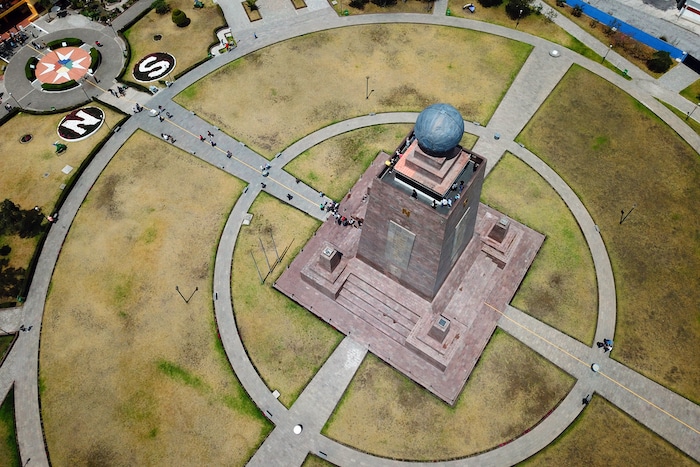 5. There are a lot of things to do in the Middle of the Earth

There are a whole lot of things to do at Middle of the Earth, for instance, on the site you’ll also find a planetarium, a miniature model of Quito, restaurants, and shops selling local handmade crafts. On weekends, the Central Plaza hosts fun musical and cultural events for tourists.

6. Monument to the Equator is not exactly at 0 latitude

Scientists have now found that the equator is actually hundreds of feet to the north. How this happened is that the measuring techniques at the time were not as accurate as they are today, so they were off by a few hundred feet. A reading by one of the most commonly used GPS devices places the Monument to the Equator about 243.84 metres (800 feet) south of the Equator. It is believed that 0 latitude is actually a two-minute drive from the Middle of the World, at a privately-owned site called Inti-ñan. 7. In Ecuador, there are two points of interest directly on the Equator

However, there are actually two points of interest positioned exactly on the Equator. Firstly, Monte Catequilla archaeological site in the Pomasqui Valley. It is at an elevation of 2,638 metres (8,655 feet) on a mountaintop 300 metres (980 ft) above the valleys. It is the only prehispanic site in the Americas that is located precisely at the Earth’s Equator. Furthermore, the Quitsato Sundial is a monument located at La Mitad Del Mundo, near Cayambe, 47km north of Quito. 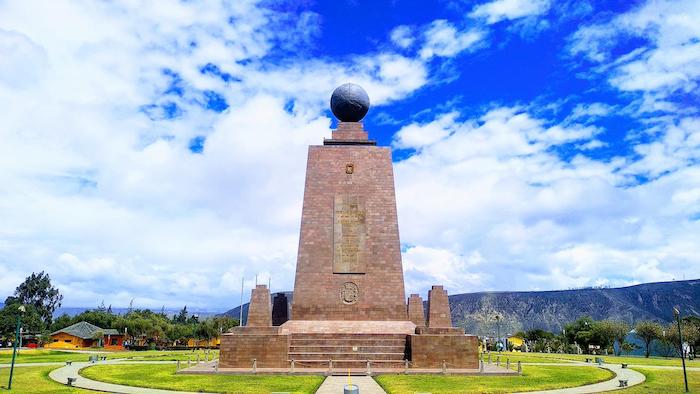 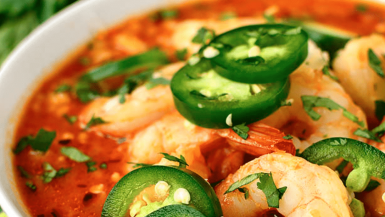 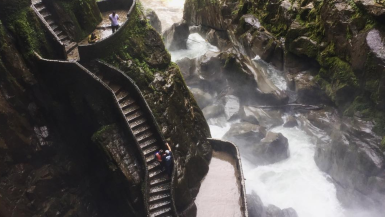