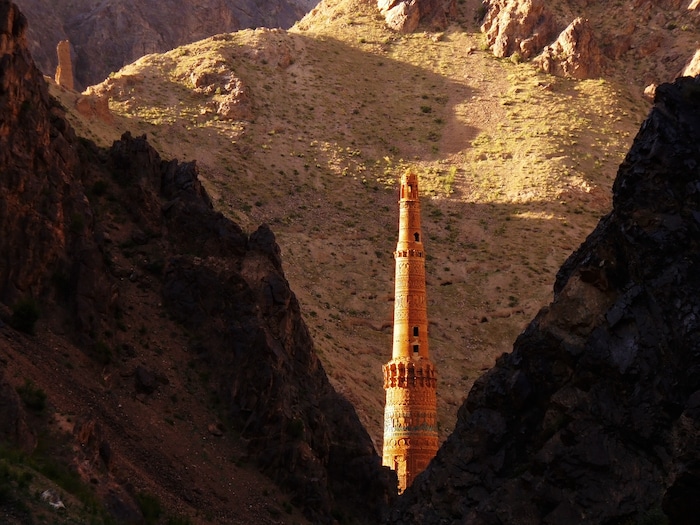 The 65-metre (213 feet) tall Minaret of Jam is a graceful, glorious soaring structure, that dates back to the 12th century. It is located in a remote region of Western Afghanistan, where floods, earthquakes and fighting put the tower at risk. Covered in elaborate brickwork with a blue tile inscription at the top, this UNESCO Heritage Site is simply remarkable. Curious to know more? Here are some of the most interesting facts about the Minaret of Jam in Afghanistan.

1. Minaret of Jam is located in a remote part of Afghanistan

The Minaret of Jam is located in western Afghanistan in a remote region of the Shahrak District in the Ghor Province – one of the thirty-four provinces of Afghanistan. You’ll find the Minaret of Jam next to the Hari River. This is a remote and nearly inaccessible area due to the lack of road linkage between villages and the district centre. 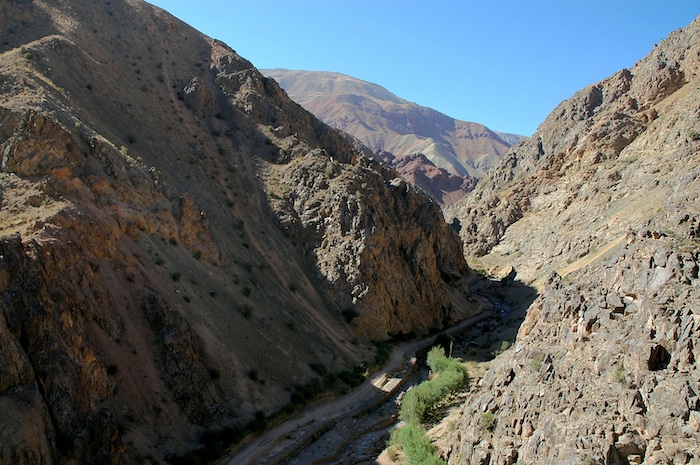 2. The Minaret of Jam dates back to the 12th century

Construction of the structure took place around 1190. It is 65 metres (213 feet) high and is made entirely of baked bricks. The minaret sits on an octagonal base and once had two wooden balconies and was topped by a lantern. Its design inspired the look of the Qutub Minar in Delhi, India. 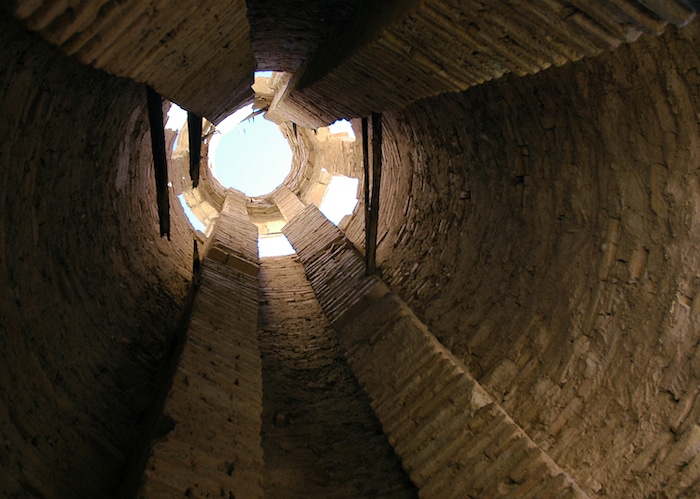 3. The Minaret of Jam is the world’s second tallest ancient minaret

At 65-metre (213 feet), the Minaret of Jam is the second tallest ancient minaret in the world. The Qutb Minar in Delhi is the tallest ancient minaret in the world. It is 72.5 metres (238 feet) tall. Qutb ud-Din Aibak started construction of the Qutb Minar in 1199 and his son-in-law, Iltutmish, completed its construction in 1220. Therefore, the construction of the Minaret of Jam started around a decade or so before the probable start of the one in Delhi.

Elaborate intricate brickwork covers the soaring tower and there are blue tile inscriptions at the top. The stucco and glazed tile decorations consist of alternating bands of Kufic and Naskhi calligraphy, geometric patterns, and verses from the Qur’an. The top band’s inscription features the shahada, which is the Muslim confession of faith. It says: “I bear witness there is no god but Allah (and that) Muhammad is the messenger of Allah.” The band below this one features the inscription “Help from Allah and present victory. Give good tidings (O Muhammad) to believers. O ye who believe“, which is verse 13, surat al-Saff LXI. 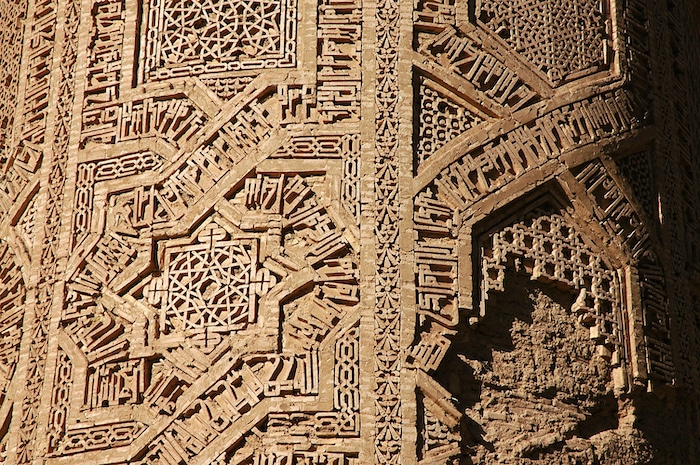 5. The Minaret of Jam is on the List of World Heritage in Danger

In 2002, UNESCO inscribed the Minaret of Jam on its List of World Heritage in Danger. UNESCO describes the tower as “one of the few well-preserved monuments representing the exceptional artistic creativity and mastery of structural engineering of the time.” It also describes the structure its architecture and ornamentation as “outstanding from the point of view of art history, fusing together elements from earlier developments in the region in an exceptional way and exerting a strong influence on later architecture in the region.”

6. Earthquakes threaten the Minaret of Jam

The Minaret of Jam is threatened by erosion, water infiltration and floods, due to its proximity to the Hari and Jam Rivers. Another threat is the frequent earthquakes that occur in the region. On January 17, 2022, an earthquake caused bricks to fall from the tower and is now at even further risk of collapsing.

Instability in the area and fighting also put the Minaret of Jam at risk. In fact, one of the top suggestions and priorities for protecting the tower is to improve security as looting of the archaeological site is commonplace.