Palestine, officially the State of Palestine, is located in the Mediterranean Middle East. It consists of two non-contiguous territories: the West Bank and the Gaza Strip. Israel illegally occupies both of these areas. From its heritage sites to Israeli occupation, here are some of the most interesting facts about Palestine State.

1. Palestine State is in the eastern Mediterranean region

Palestine, officially the State of Palestine, is an area of the eastern Mediterranean region, comprising parts of modern-day Israel and two non-contiguous Palestinian territories; the Gaza Strip (along the coast of the Mediterranean Sea) and the West Bank (west of the Jordan River).  Gaza Strip is approximately 365 km² and the West Bank is approximately  5,655 km², including East Jerusalem. Israel separates these territories. Not all the member states of the United Nations recognise the State of Palestine as a sovereign state. The United Nations currently classifies the State of Palestine as a “non-member observer state”. However, as of April 2022, Palestine is currently officially recognised as a state by 138 out of 193 UN member states, the Holy See, and the Sahrawi Arab Democratic Republic. The countries that do not recognise Palestine include, for instance, Canada, France, Germany, Italy, Japan, the UK, and United States. 3. Palestine State has a youthful population 4. Half of the total Palestinian population are diaspora

As of 2022, the population of the State of Palestine is 5,337,796, which is equivalent to 0.07 per cent of the total world population. Therefore, out of 235 countries (and dependencies) by population, it ranks at 121. However, the total Palestinian population, including descendants, is approximately 10 million, which means, roughly half live in the region. The remaining 5 million are Palestinian diaspora, most of whom are stateless Palestinian refugees lacking citizenship in any country. Of the diaspora, over two and a half million live in neighbouring Jordan. One million are split between Syria and Lebanon. A quarter-million are in Saudi Arabia, and there are half a million in Chile which is, therefore, the largest concentration outside the Arab world. UNESCO has inscribed three sites in Palestine on its World Heritage List, furthermore, there are 14 sites for consideration on the Tentative List. One site is the Birthplace of Jesus: Church of the Nativity and the Pilgrimage Route, Bethlehem, which is the site identified by Christian tradition as the birthplace of Jesus since the 2nd century.

Another site is Hebron/Al-Khalil Old Town, which is home to what was the site of Al-Ibrahimi Mosque/The tomb of the Patriarchs whose buildings are in a compound built in the 1st century AD to protect the tombs of the patriarch Abraham/Ibrahim and his family. Another site is Palestine: Land of Olives and Vines – Cultural Landscape of Southern Jerusalem, Battir, which is, according to UNESCO “an outstanding example of traditional land-use,” and is representative of many centuries of culture and human interaction with the environment. To sum up, according to Amnesty International: “For the last 50 years, Israel has been forcing thousands of Palestinians off their land” in order to occupy and illegally use it to create settlements that exclusively house Jewish Israeli settlers.” In conclusion, Israel’s occupation of the West Bank, including East Jerusalem, and the Gaza Strip has resulted in systematic human rights violations against Palestinians living there. 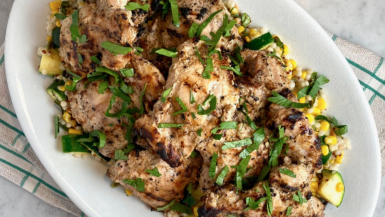 7 Palestinian Dishes You Have To Try 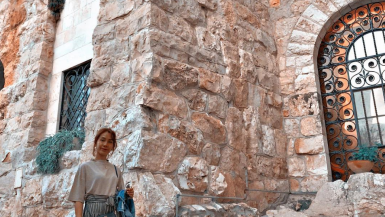 The 7 Most Instagrammable Spots In Palestine