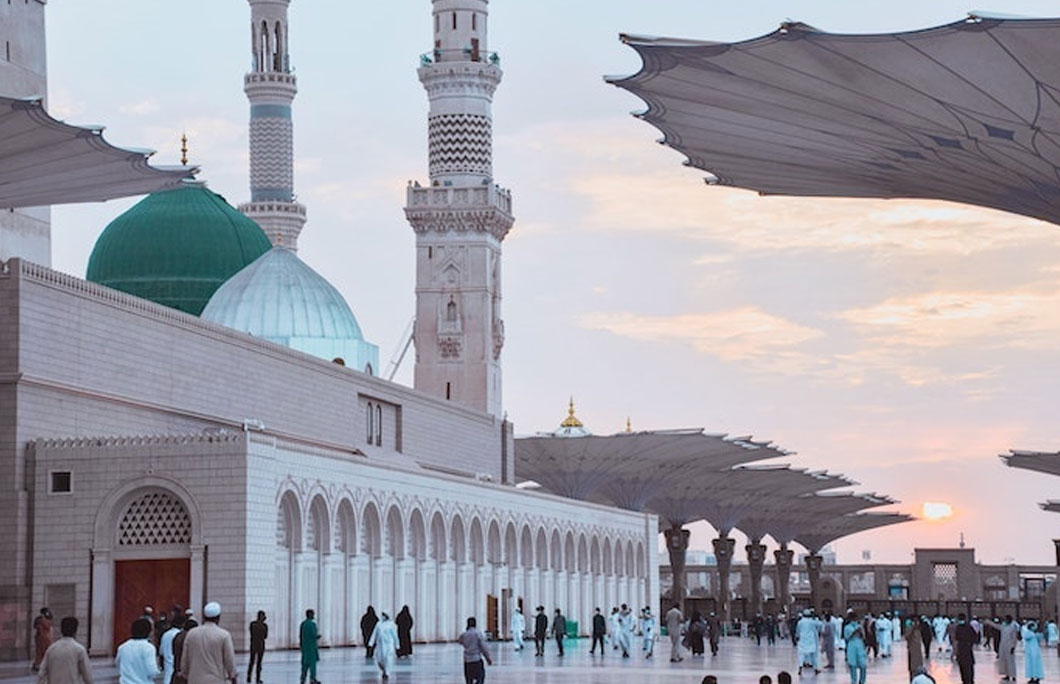 1. Medina is the burial place of the Prophet Mohammad

Saudi Arabia is the birthplace of Islam, home to Mecca and Medina, two of the most important Muslim cities in the world. Medina also goes by the names “the enlightened city” and “the city of the Messenger of God”. It is the second holiest place in Islam after Mecca. This is because it is the burial place of the Prophet Mohammad who gained refuge in the city after he migrated from Mecca. 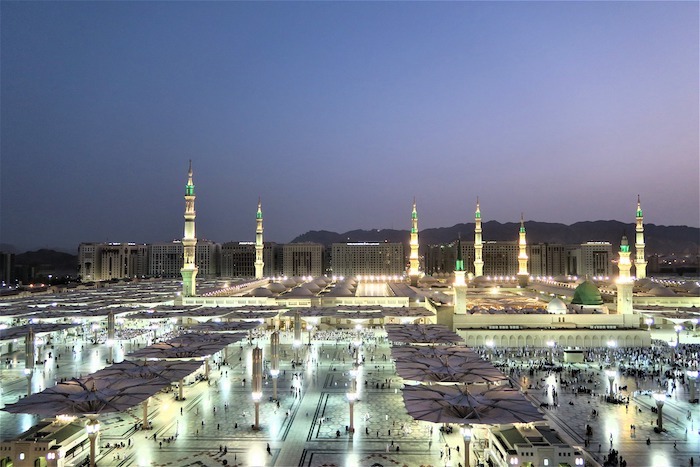 2. The Tomb of the Prophet Muhammad is in The Prophet’s Mosque 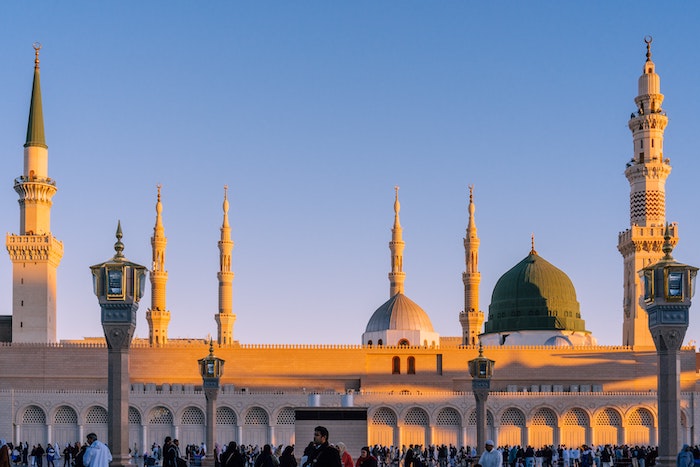 3. The Prophet’s Mosque is on a site next to Muhammad’s home

Muhammad and his wife Aisha bint Abu Bakr lived next to the mosque. The “Sacred Chamber” refers to the Prophet’s house. It is located in the southeastern section of the Prophet’s Mosque. When the Prophet died in the house he was buried in the south of the Sacred Chamber. His wife continued to live in the north of the Sacred Chamber. When Aisha’s father, Abu Bakr, died, he was buried next to the Prophet. When Omar ibn Al-Khattab, the second caliph, died, he was buried behind Aisha’s father. During the reign of Umayyad Caliph al-Walid I, he expanded the mosque to include the tombs. Above the tombs is a green-coloured dome. The structure dates back to 1279 CE but it wasn’t until 1837 that the dome was first painted green, and hence became known as the Green Dome. 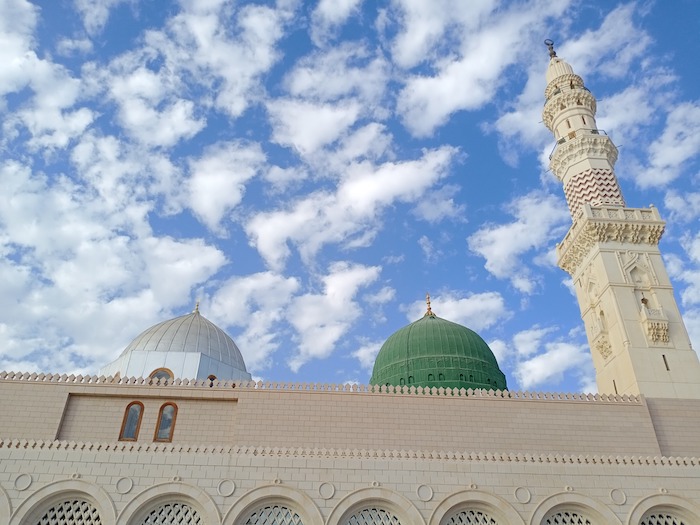 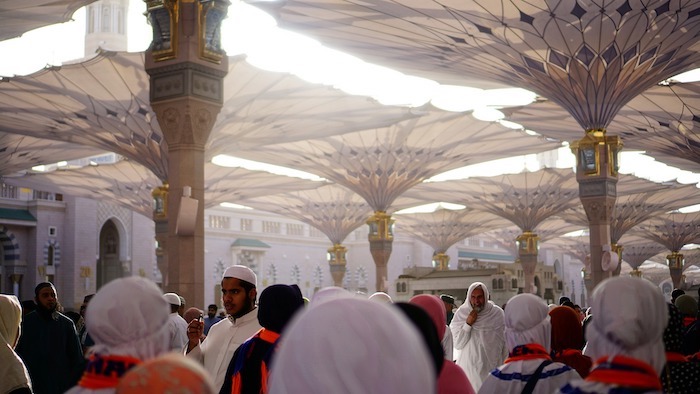 5. The rewards for praying in the Prophet’s Mosque are multiplied

Muslims believe that the rewards of praying in Al-Masjid an-Nabawi are better than 1,000 prayers in any other mosque. Shaikh ibn Uthaimin, an Islamic scholar in Saudi Arabia, said that the multiplication of the prayer’s rewards in Al-Masjid An-Nabawi means that if a person performs an obligatory prayer there, it is better than performing a thousand obligatory prayers elsewhere.

6. The Prophet’s Mosque is closed to non-Muslims

Like Mecca, Medina is a sacred place in Islam. As a result, officials forbid non-Muslims from entering Nabawi Square in the centre of the city. This is where the Al-Masjid Al-Nabawi is located. The name of the area closed off to non-Muslims is the haram. However, non-Muslims can visit the outskirts and other areas of Medina. 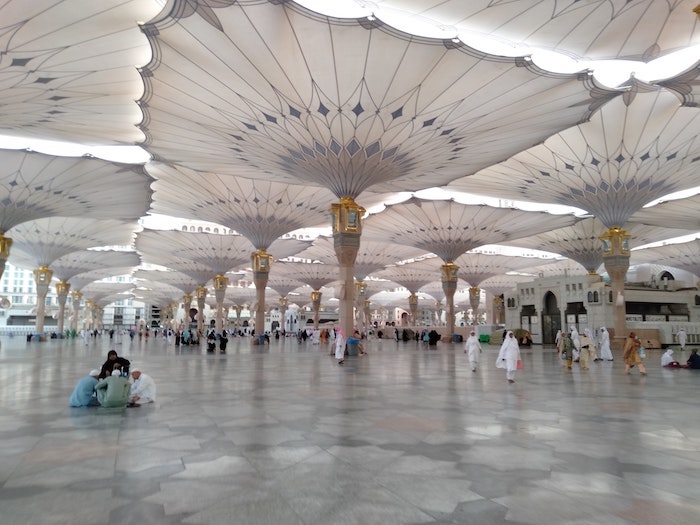 7. The Prophet’s Mosque was the first place in the Arabian Peninsula to have electric lights

In 1909, under the reign of Ottoman Sultan Abdul Hamid II, the Prophet’s Mosque became the first place in the Arabian Peninsula to be provided with electrical lights. Nowadays, the interior of the Prophet’s Mosque dazzles with more than 2,000 chandeliers and 100,000 light bulbs. The Masjid-e Nabawi is also equipped with around 1,000 speakers so that pilgrims can hear the recitation and khutbas with crystal clarity. The speakers on top of the main minaret are so powerful that the Fajr Azan – the call for dawn prayers –  can be heard up to 10km (6.2 miles) away. 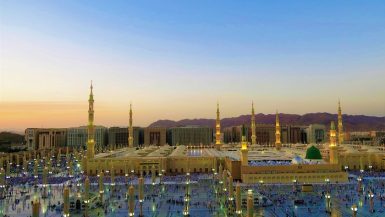 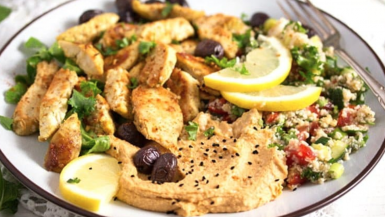 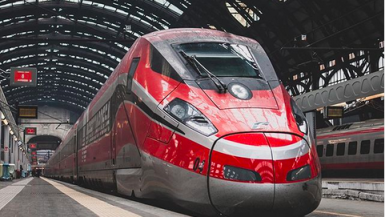 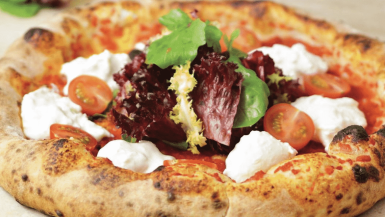 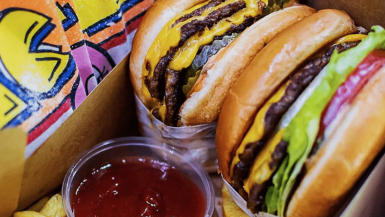 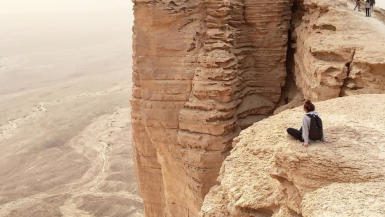