7 Interesting Facts about Twyfelfontein in Namibia

Twyfelfontein, or ǀUi-ǁAis, is a site of prehistoric rock engravings of animals in Namibia. The engravings are on sandstone slabs and experts believe them to be up to 6,000 years old. Curious to know more about this fascinating site? Here are some of the most interesting facts about Twyfelfontein in Namibia.

7 Interesting Facts about Twyfelfontein in Namibia

1. Twyfelfontein is a valley in Namibia

Twyfelfontein is the name of a valley in the Damara highland about 70km west of Khorixas, a town in Namibia in southwest Africa.

2. Its official name is ǀUi-ǁAis

‘Twyfel’ means ‘questionable’ or ‘uncertain’ and thus, Twyfelfontein means ‘doubtful fountain’ or ‘fountain of doubt’ in Afrikaans. It is officially known as ǀUi-ǁAis, which, in Damara/Nama, means jumping waterhole.

3. It is a site of ancient rock engravings

It is a site of ancient rock engravings and humans have inhabited the site for over 6,000 years. The site consists of a spring in a valley flanked by the slopes of a sandstone table mountain that receives very little rainfall. Officials declared the site a national monument in 1952 to stop people from stealing the rock engravings.

4. The site was a place of worship

The first people to live here were hunter-gatherers, and then Khoikhoi herders moved to the site. Both groups of people used the site as a place of worship where they would practice shamanist rituals. During these rituals, worshipers created at least 2,500 rock carvings as well as some rock paintings. This site has one of the largest concentrations of rock petroglyphs in Africa. You make petroglyphs by pecking directly on the rock surface using a stone chisel and a hammerstone.

In 2007, UNESCO inscribed Twyfelfontein on its World Heritage list and it thus became Namibia’s first World Heritage Site. UNESCO states that: “the site forms a coherent, extensive and high-quality record of ritual practices relating to hunter-gatherer communities in this part of southern Africa over at least 2,000 years”. Today, you can only visit the paintings and engravings with a local guide.

6. There are lots of animal motifs

Most of these well-preserved engravings represent rhinoceros, however, there are also six painted elephants, ostrich and giraffes, as well as drawings of human and animal footprints. There are also hand-hunting scenes where the hunters are pictured with a bow and arrow. Other animals on the rock engraving include antelopes, zebras, and lions. There is also an engraving of a seal, which is rather remarkable as the ocean is about 100km away.

Topographer Reinhard Maack reported the presence of rock engravings in 1921. However, a scientific investigation of the rock art wasn’t carried out until 1950. Ernst Rudolph Scherz, a chemical engineer, described over 2,500 rock engravings on 212 sandstone slabs. Today, experts estimate that the site contains more than 5000 individual depictions. 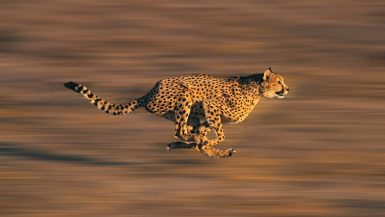 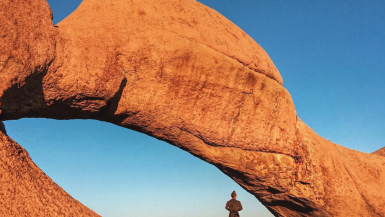 The 7 Most Instagrammable Spots In Namibia