Greece has a fascinating and interesting past. However, it’s not all about crumbling ruins and ancient architecture. Across Greece and the Greek islands are monuments dating from all periods. So, from the ancient ruins in Athens to the iconic blue domes in Santorini, here are some of the most famous monuments in Greece.

An ‘acropolis‘ is any citadel or complex built on a high hill. The Acropolis of Athens contains the remains of several ancient monuments and buildings. The most famous of these is the Parthenon. Construction began on The Parthenon in 447 BC and it was completed in 438 BC. The temple is dedicated to the goddess Athena but also served a practical purpose as the treasury of Athens. The Parthenon is regarded as the finest example of Greek architecture. However, many of its artefacts have been moved to the Acropolis Museum in Athens.

Located in Athens, this half-ruined temple is dedicated to Zeus, the god of the sky in Greek mythology. Also known as the Olympieion, the construction of this temple started in 174 BC. The Roman emperor Hadrian completed construction in 131 CE. Adorning the temple were statues of gods, Roman emperors and 104 columns. Nowadays, just 15 columns are still standing, despite that, it is considered one of the finest ancient monuments in Athens.

The Venetians built Bourtzi Castle in 1471 in the Argolic Gulf near Nafplio. To prevent enemy ships from docking on shore, the Venetians ran thick chains from the Castle to the mainland. Large bounders placed in the seabed also halted ships from approaching the fortress. Today, however, the castle is a lot more hospitable and welcomes visitors. In the summer the castle hosts a music festival. To get here, you can take a boat ride from the port of Nafplion. 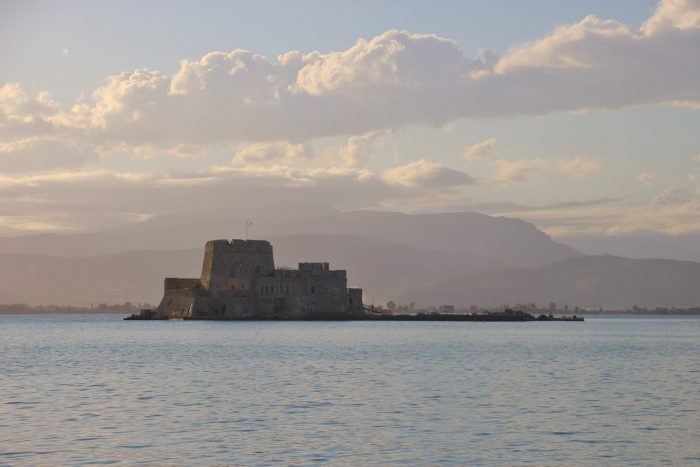 4. Monument of Alexander The Great

This monument to the ancient Greek warrior-king Alexander the Great is located in Nea Paralia in Thessaloniki. Some 20-feet (6 metres) tall, the monument depicts Alexander riding his horse Bucephalus. Bucephalus was one of the most famous horses of antiquity. Sculptor Evangelos Moustakas created the monument out of bronze, and marble from nearby villages paves the plinth. A park with fountains, trees and marble benches surrounds the monument. It is the perfect place to sit awhile and admire Alexander. 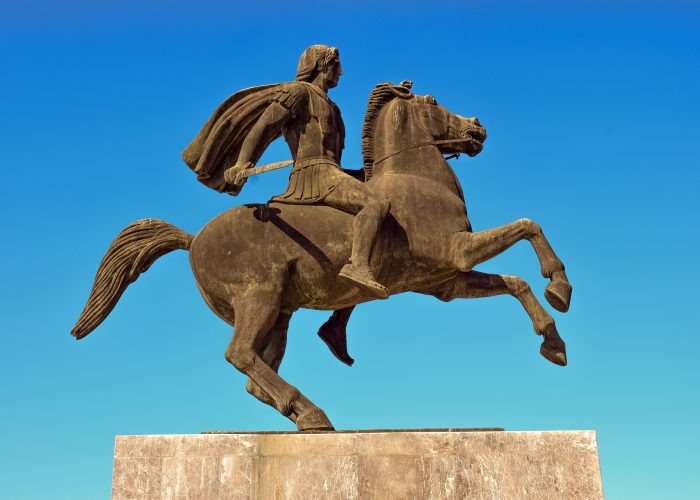 Mount Lycabettus is the highest point in the city of Athens. You can reach the top via the Lycabettus Funicular, or, if you are feeling energetic, you can walk up. At the summit are a church and a few bars and restaurants. As you can imagine, there are sensational views of the surrounding area. You can even see the Olympic Stadium and the Acropolis. According to Greek mythology, Athena was carrying a limestone mountain for the construction of the Acropolis. However, she dropped it, and thus created Mount Lycabettus. 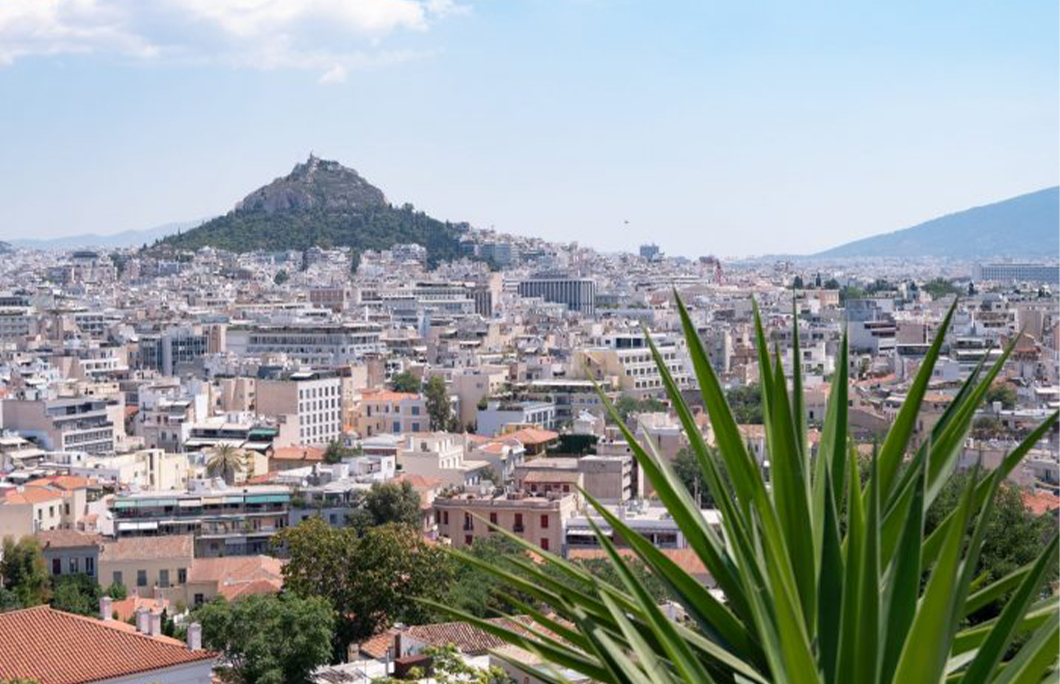 Delphi was ancient Greece’s most sacred site. It was also the site of the omphalos, the ‘navel of the world’. Located on Mount Parnassus near the Gulf of Corinth, it was here that the oracle of Apollo spoke. It was also where the panhellenic Pythian Games took place. Nowadays, it is a UNESCO World Heritage Site. When you reach the top, you’ll have spectacular views of the mountains. You’ll also peer down over the ancient stadium ruins, which once seated over 7,000 people.

The domes of Santorini are probably one of the most recognisable monuments in Greece. Located in the town of Oia, the bright blue domes atop bright whitewashed buildings are strikingly beautiful. The domes belong to the churches of Agios Spiridonas (Saint Spyridon) and Anasteseos (the Church of the Resurrection). The churches are next to each other near the edge of the cliffs.  The Aegean Sea provides a shimming backdrop. This is a very popular spot for watching the sunset and getting that quintessential photo of Santorini. 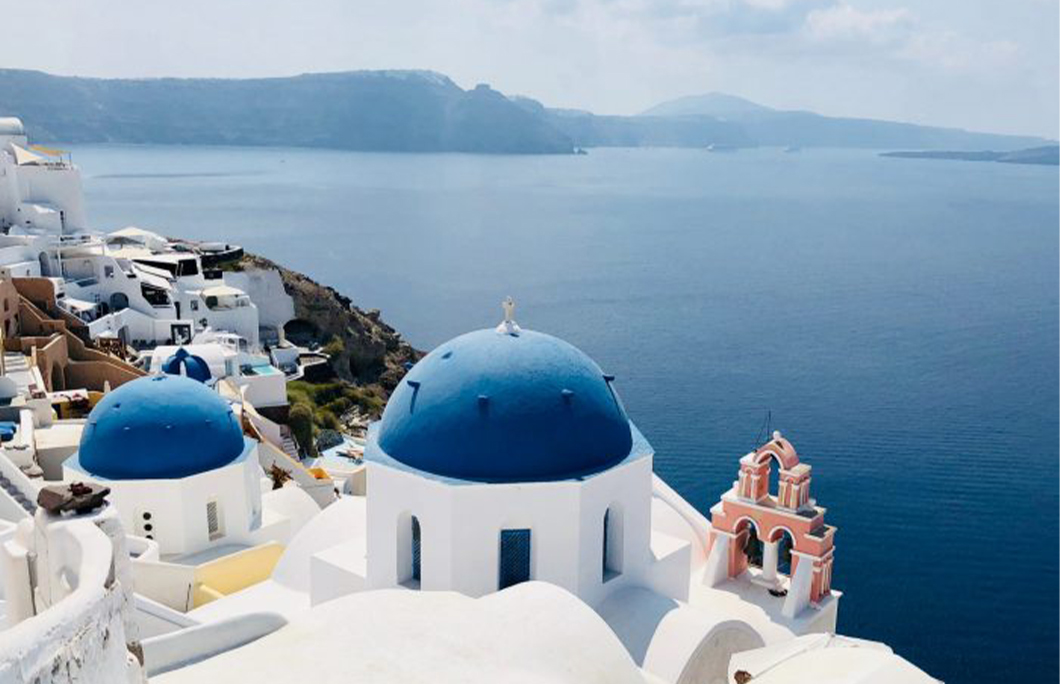 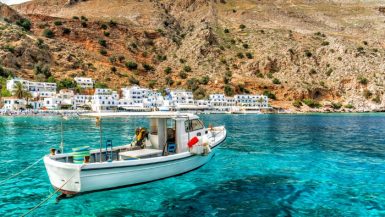