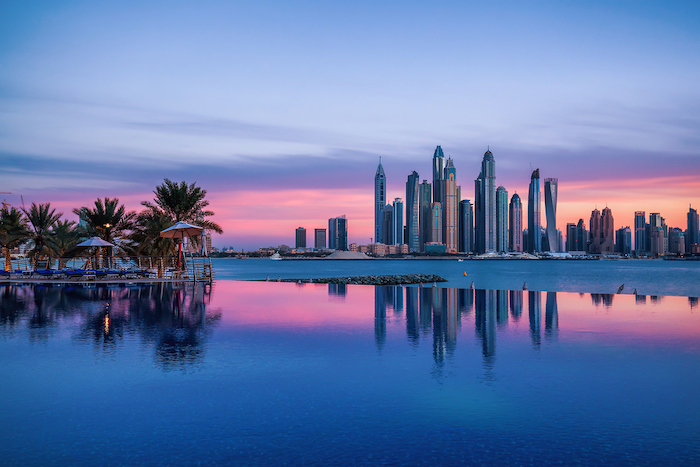 It’s hard to imagine the world without the UAE’s glitziest emirate state, but Dubai’s story is a relatively short tale – on the surface. It’s famous for its extravagant landmarks like the Burj Khalifa and the Palm Jumeirah, but these are all relatively contemporary additions. So how long did it take to build Dubai and to transform it from a desert port into a bustling metropolis?

How long did it take to build Dubai?

How old is modern Dubai?

Modern Dubai’s story really starts with the discovery of oil in 1966. It transformed Dubai from a small cluster of settlements, still heavily reliant on the declining pearl trade, into a modern port, city and commercial hub.

How did Dubai become so rich?

From the 18th century up until the 1930s, the pearl industry was Dubai’s biggest source of income. But when Japan invented artificial pearls, the industry dried up. In the 1950s, Dubai and Abu Dhabi were embroiled in a number of border disputes in the quest for oil. Thousands moved from Dubai to other destinations in the Gul, including Abu Dhabi which was thriving. In 1958, Sheikh Rashid bin Saeed Al Maktoum built Dubai’s first airport and began investing in infrastructure to support an oil industry with loans worth tens of billions of dollars 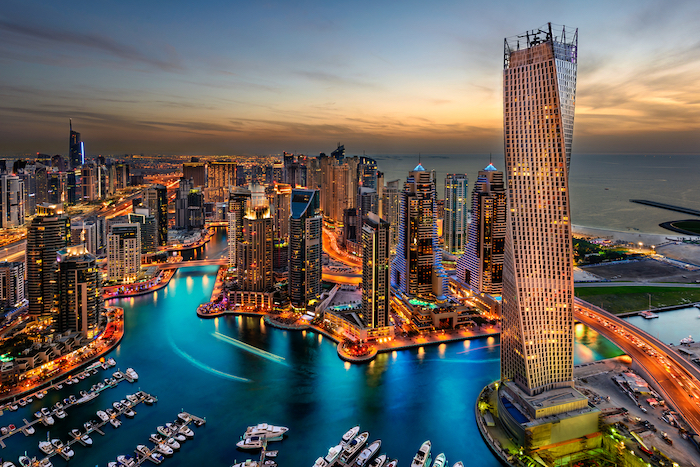 When did Dubai start building skyscrapers?

But the biggest changes to Dubai’s skyline happened during the 1990s and early 2000s. In 1985, Dubai opened the Middle East’s first ‘free zone’ at Jebel Ali. The Afghanistan and Iraq wars pushed up the price of oil and made Dubai a more attractive trade partner.

That meant big money and big building developments. In 2007, Morgan Stanley estimated that Dubai had 20% of the world’s construction cranes.

The Burj Al Arab was Dubai’s first superstar building. Opened in 1999, it’s still one of the world’s most famous buildings. It is set on its own handmade island 280 metres from the coast, designed by Tom Wright to resemble a ship sail.

How did they ‘build’ Dubai?

After the oil discovery, Sheikh Rashid had big plans for Dubai, which involved an overhaul of its entire infrastructure. As part of the infrastructure for pumping and transforming the oil, two huge 500,000-gallon storage tanks were built. There were welded together and dropped onto the seabed. 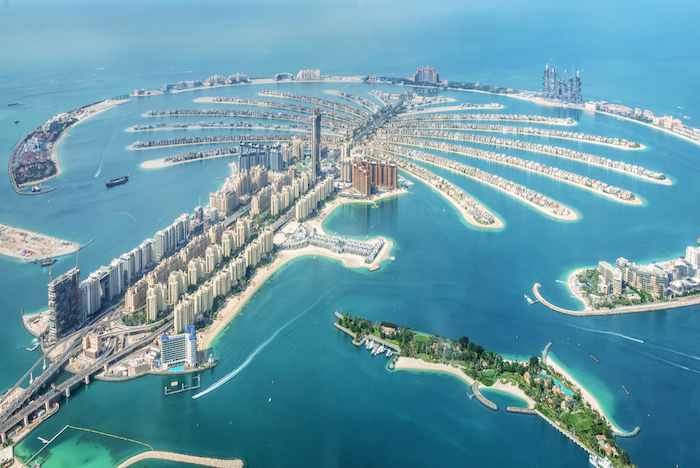 How far back can we trace Dubai’s origins?

Dubai’s history can be traced back to the early Minoan period, dating roughly from 3000 BCE to 500 CE. The earliest mention of Dubai was recorded in 1095, in the Book of Geography by Abu Abdullah Al Bakri.

The Venetian pearl merchant Gaspero Balbi also mentioned it back in 1580. At this point, Dubai relied heavily on fishing and pearl diving.

What’s in the name?

No one really knows where the word ‘Dubai’ came from, but there are plenty of theories. One suggests that an old word for souq (market) was Ba. Other scholars claim that the word comes from the Arabic daba, which means ‘They came with a lot of money’. Neighbouring nations believed people from Dubai had a lot of money due to its status as a prosperous trading centre. The poet and scholar Ahmad Mohammad Obaid argues that it actually means ‘baby locus’, referring to the abundance of locusts in the area before settlers arrived. So really, we don’t know. 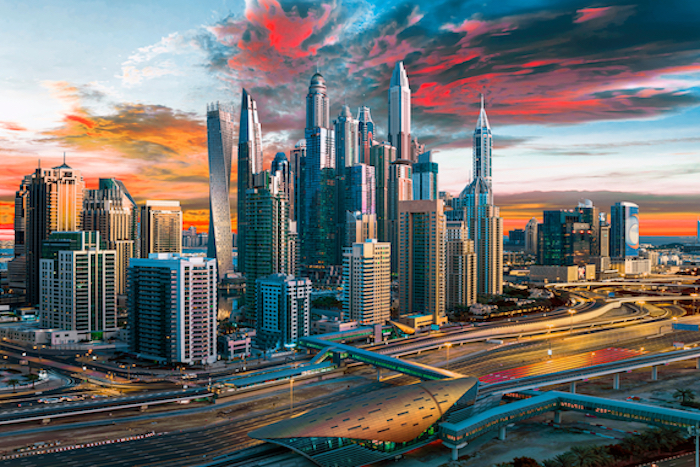 When did Dubai become ‘The Walled City’?

Dubai became a walled city in the early 1800s. The wall stretched from Al Fahidi Historical Neighbourhood, through the newly built Al Fahid Fort, and ended by the Old Souk.

The British arrived in 1820 and negotiated a maritime truce with local rulers, opening up the trade routes.

When did Dubai become part of the United Arab Emirates? 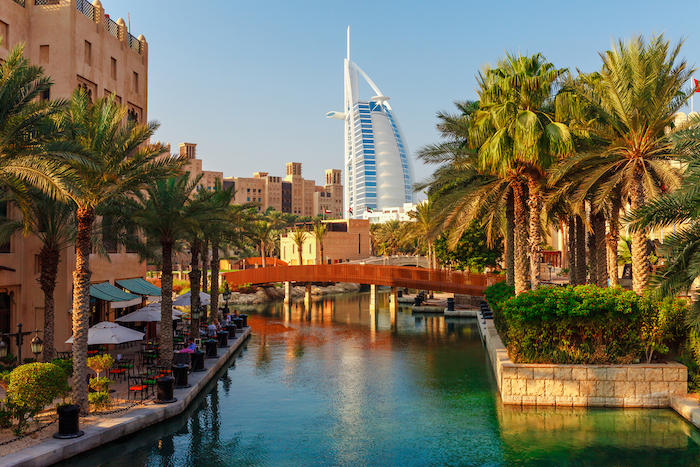 Is there still a lot of oil in Dubai?

Oil accounted for 24% of Dubai’s GDP in 1990 but dropped to just 7% of GDP by 2004. Today, Dubai boasts booming tech, travel and tourism, real estate and diamond industries. 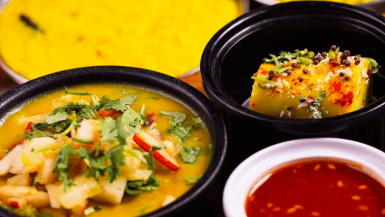 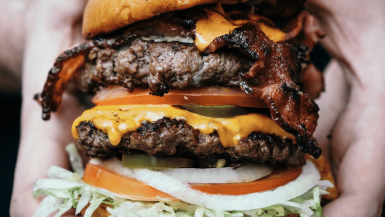 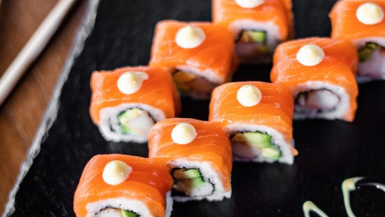