Need to get from Boston to New York? Both cities are exciting, historical, and luckily, easily connected to one another. How you get there depends on your budget, how you like to travel, and how much time you have.

You can take a long journey through the forest-clad East Coast, admiring the scenery along the way, or fly over so you can get from one to another and still have time to catch dinner and a show when you reach the Big Apple. Here are the best ways to get from Boston to New York.

Getting from Boston to New York If you want to experience Amtrak’s Acela high-speed train, then travelling from Boston to New York by rail is a great option. The journey takes around four hours, departing from Boston South Station and arriving at Penn Station in Manhattan. There are several stops in Boston along the way so it’s worth checking out which station you’re closest to.

Amtrak’s Acela train only has two coach classes, business and first class. First-class passengers can preselect their seats, a complimentary meal and drinks, and get access to the first-class lounges in the station. Business-class passengers get their seats on a first-come-first-served basis, with the option to purchase a meal and drinks if they want. Both business and first class get free wi-fi, foldout tables, and power outlets, so other than the complimentary meal, we don’t think there is much difference between the two. The meal options are pretty good, with a selection of breakfast dishes, sandwiches, pizzas, burgers, and salads – all for a decent price.

The first train departs from Boston at 5.05am and the last is at 9.30pm. While the majority of the trains only have room for overhead luggage storage, the 9.30pm strain actually lets you check in your luggage, so it’s a good option for those with a lot of cargo to take.

Acela train tickets tend to be pricy, even pricier than flights, but it’s a good option during the winter when there are flight delays and icy roads. It’s also the best option for those that want the most environmentally responsible choice, as trains tend to be a lot less damaging to the environment. Another benefit is the incredible views you get along the way – a top tip is to sit on the left side of the cart for gorgeous East Coast views. 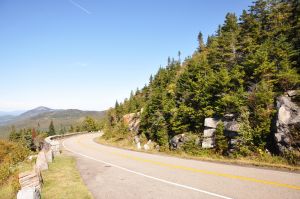 If you’re embarking on an East Coast road trip, or you simply want more flexibility, then opting to travel by car could be your best choice. However, both Boston and New York are notoriously bad for traffic, so be sure to plan your journey around peak rush hour and factor in the possibility of dense traffic. Rush hours for both cities are 6am – 1oam and 3pm – 7pm, with the worst day for traffic being Friday. Holidays are also a popular time to travel, so bear that in mind too.

Another thing to note is that once you get into New York, street parking is difficult to find and the fees for car parks are high. But you can keep costs low in other areas, like by finding a great deal when hiring a car. You can pick a car up from either Boston airport or downtown, but there might be additional fees when you hire a car from the airport.

The journey can take anywhere from four to six hours, depending on the traffic, where you’re going, and the weather conditions. Road conditions can get icy during the winter, so make sure the driver is confident with these conditions and the car is adequate for winter driving. In the northeast of the US, you can prepay for toll roads by using an E-ZPass unit  – if you have one, make sure you bring it – if you’re hiring a car, the car should have one already. It just means that you can pay for the toll automatically rather than going to a toll plaza to pay manually.

The most affordable way to get from Boston to New York is by bus. There are a few bus options, with the most popular being the trusty Greyhound. You can hop on the Greyhound from Boston’s South Station, arriving at New York’s Port Authority Bus Terminal. There are regular buses, sometimes leaving hourly during peak time. It can take anywhere from four-and-a-half hours to six hours, depending on the time you depart, the traffic, and the day of the week. While the bus does take longer than the train, you get free wi-fi, reclining seats, power outlets, and onboard toilets, plus it’s a fraction of the price.

The second option is to get the Megabus, which offers reserving seating, wi-fi, onboard toilets, reclining seats, and some seats have power outlets. It departs from (you guessed it) Boston’s South Station, making the 212-mile journey to 34th Street in Manhattan. From there, you’re close to Penn Station, where you get the subway all across the city. There are up to six trips a day, with the earliest leaving at 6.30am and the latest at 11:59pm.

The third option is to hop on the FlixBus. This is a good option for those that are environmentally conscious but don’t have budgets that stretch to the pricey Acela train. Flixbus are a much greener option, emitting less CO2 than a passenger car and increasing renewable energies through alternative drive and fuel technologies. They also give you the option to buy carbon offset credits so that your journey is carbon neutral. 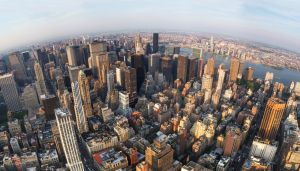 The fastest way to get from Boston to New York is undoubtedly by plane. If you’re flying into JFK Airport, it’ll take around 1 hour and 10 minutes, it’s around 1 hour and 17 minutes to La Guardia, whereas the flight to Newark (EWR) is slightly longer at an average of 1 hour and 25 minutes. There are frequent flights to all airports.

There are several well-known and well-respected airlines that fly from Boston Logan Airport to the New York airports, including JetBlue, American, Delta, and United. Getting from all of them to the heart of the city is fairly simple, you can hop on the AirTrain from Newark and JFK and a shuttle bus from La Guardia. La Guardia is the closest to Manhattan, around five miles away, while JFK is around 13.7 miles away. 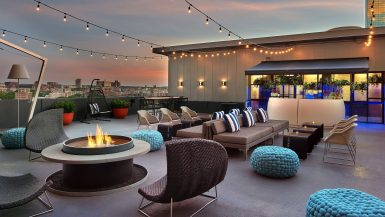 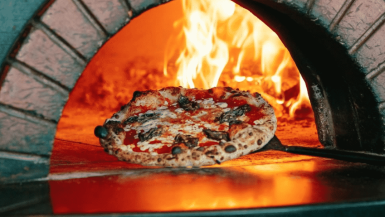 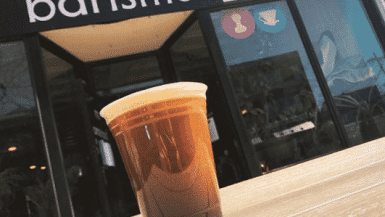 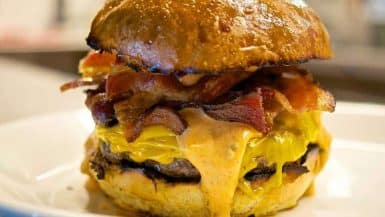 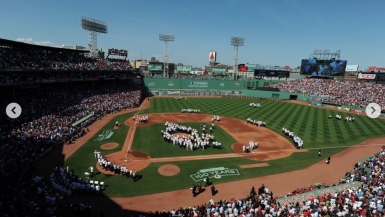 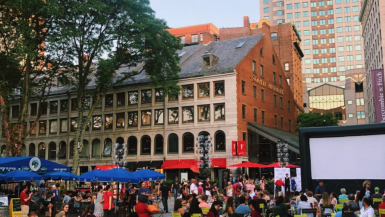