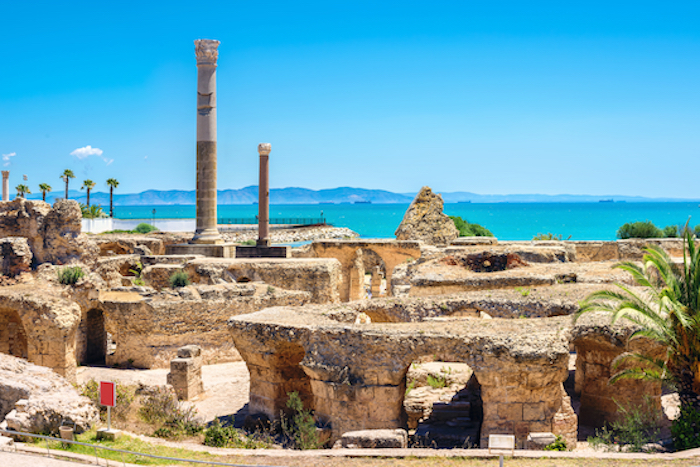 Located in North Africa, squeezed between the Mediterranean Sea, Algeria and Libya, Tunisia has been inhabited for at least 200,000 years. Once a popular holiday destination, the country lost its allure after the Arab Spring in 2010 but now, over a decade later, tourists are flocking there once more. While you might have heard all about its long sandy stretches and ancient cities, how much do you really know about this North African nation? Care to put your knowledge to the test? From police robots to the ancient Phoenician cities, here are seven interesting facts about Tunisia you might not have heard before.

1. Tunisia is home to the ancient city of Carthage

Carthage was once the epicentre of a sprawling trading empire that covered the whole of the Mediterranean. Founded in the 9th century BC, this great city of antiquity once rivalled Rome. The Phoenicians selected the location due to its central location on the Gulf of Tunis, covered with low hills and backed by the Lake of Tunis. It offered excellent access to the sea while offering shelter from violent storms. Some of the earliest tombs have been found here.

You can now visit the UNESCO World Heritage Site. Amongst its most notable features are the Roman Bath Complex and the Tophet, thought to belong to the Phoenician princess Elissa. Its also home to the National Archaeological Museum, featuring exhibits covering the entire history of the Carthage site.

2. It’s home to one of the world’s oldest amphitheatres

The UNESCO-listed amphitheatre of El Jem is the largest colosseum in North Africa. It’s also one of the oldest, best-preserved Roman amphitheatres in the world. The Romans built the stadium in around 238 AD.

Located in the centre of the country, the amphitheatre is made from stone blocks with no foundations, just like Rome’s colosseum. At 148 metres (large axis) and 122 metres (small axis), it’s undoubtedly one of the largest amphitheatres in the world. Its three arcaded tiers can accommodate up to 35,000 spectators. 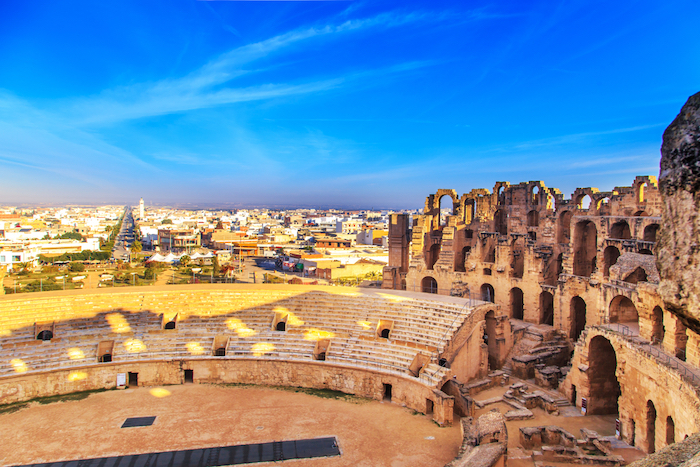 Ksour stood in for a galaxy far, far away quite a few times. This Saharan desert region provided the backdrop for some of Luke Skywalker’s best-known adventures. Other famous Tunisian filming locations include the traditional fortified granaries in Tataouine, which were reimagined as the Mos Espa slave quarters and Ong Jemal, also known as Camel’s Neck.

(Big Seven readers voted Ksour one of the most beautiful locations in the world. Find out more about the other 49 locations that made the cut) 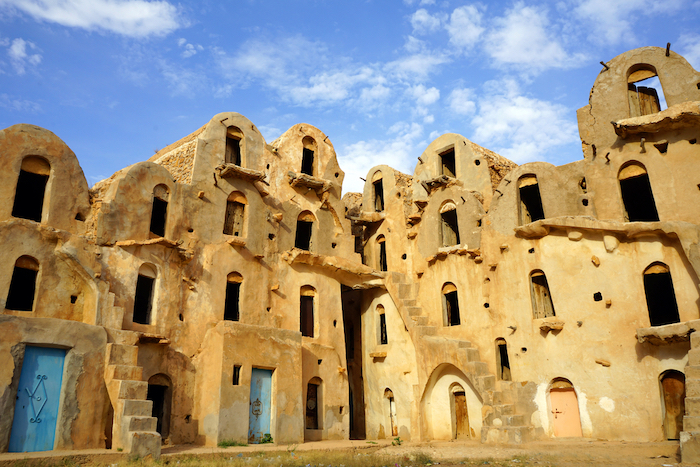 4. It was once covered in forest

Tunisia is part-home to the world’s largest desert. The Sahara Desert sprawls across 8,600,000sq km (3,320,000sq mi), covering most of North Africa including Southern Tunisia. But did you know that this area was once covered in forest and savannah? Around 8,000 years ago, at the end of the last Ice Age, the Sahara desert emerged and spread across the region. 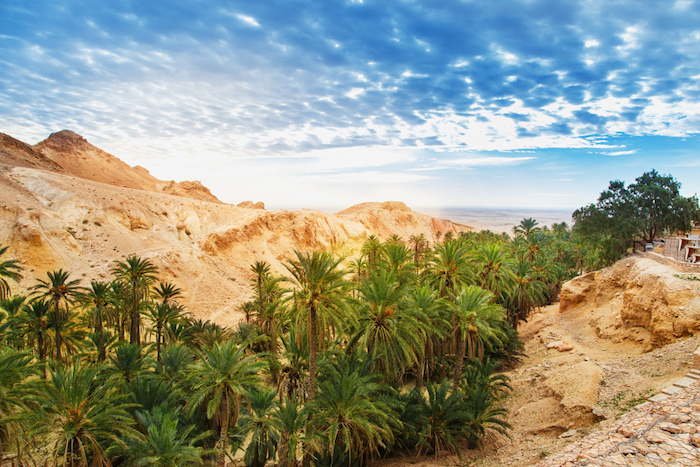 5. Its capital city was one of the greatest and wealthiest Islamic cities

Between the 12th and 16th centuries, Tunis was one of the wealthiest and greatest cities in the Islamic world. The historic heart of the city, the Medina of Tunis, is now a UNESCO World Heritage Site boasting around 700 monuments including palaces, mosques, mausoleums, fountains and madrasas testifying to this illustrious past. Some of the most famous monuments include the Zitouna Mosque, the Kasbah Mosque, the Youssef Dey Mosque, Bab Jedid Gate, Bab Bhar Gate, the Souq el-Attarine, the Dar el-Bey, Souqs ech-Chaouachia, the El Attarine military barracks and the Zaouia of Sidi Mehrez.

Today, it’s the sixteenth-largest city in the Arab world. 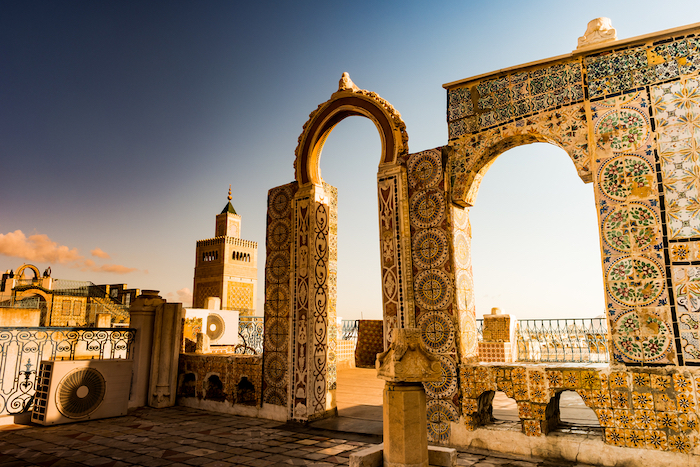 6. Tunisia deployed a police robot to patrol the streets during the Covid-19 pandemic

In 2020, during the Covid-19 outbreak, authorities deployed a police robot called PGuards to patrol areas of Tunisia’s capital. If it spotted anyone wandering around the empty streets, it approached them to find out why they were out. Individuals then needed to show their ID and papers to the robot’s camera for officers to check them out. Despite accusations that the robot was too slow to do anything, plenty of people were stopped by PGuards. According to this Facebook video, one man explained that he wanted to buy cigarettes when he was stopped. The robot responded: “OK buy your tobacco, but be quick and go home.” 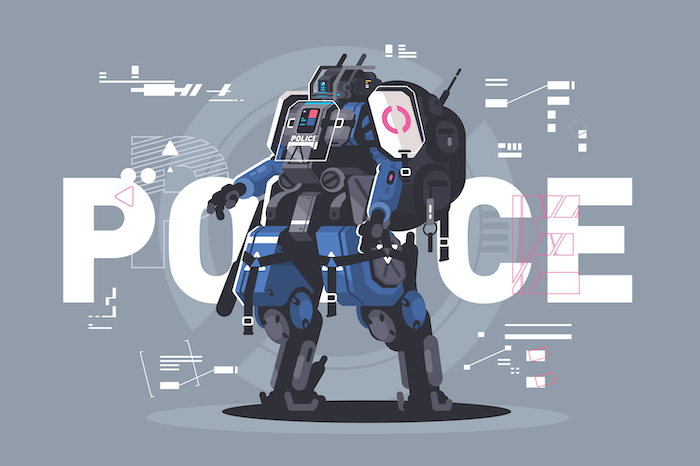 7. It’s home to the northernmost point in Africa

The northernmost city in Africa is Bizerte, named after the classical Hippo, which is located 65 km north of Tunis, the capital. It’s also one of the oldest known settlements in Tunisia, founded by settlers from the Phoenician port of Sidon around 1100 BC. 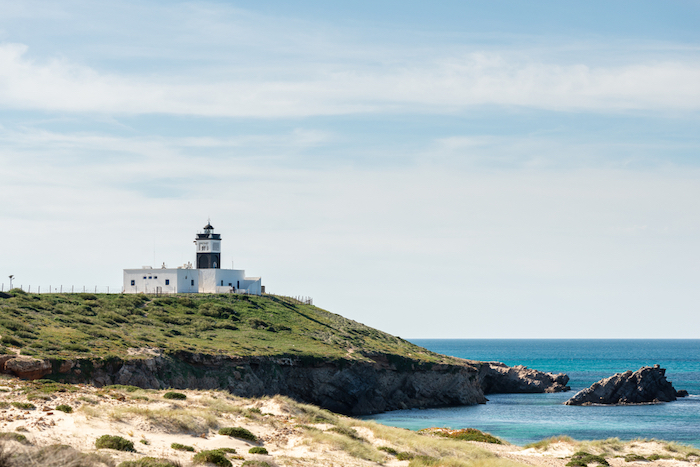 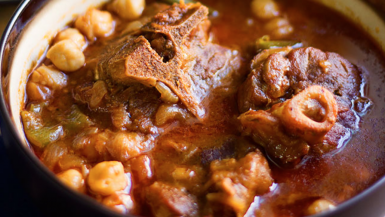 7 Tunisian Dishes You Have To Try 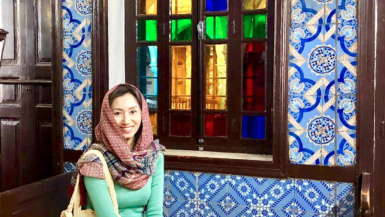 The 7 Most Instagrammable Spots In Tunisia