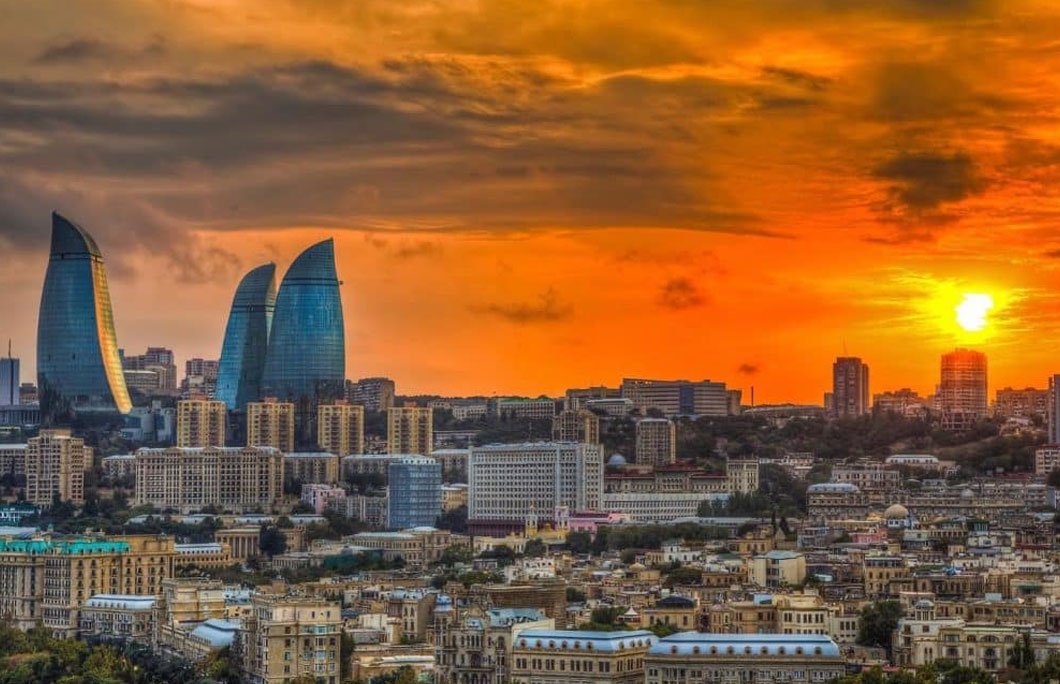 Azerbaijan is located between Russia, Iran, Armenia, Georgia and the Caspian Sea. It’s home to a remarkable blend of ancient and modern history with sites like millennia-old fire temples and Baku’s modern, sleek architecture. In addition to its impressive history, the culture, food and art scene simply can’t be beat. Whether you’re planning to visit Azerbaijan or just looking to brush up on your Transcaucasian trivia, here are some interesting facts about Azerbaijan.

7 of the Most Interesting Facts About Azerbaijan

Azerbaijan is often coined as The Land of Fire, and it isn’t hard to see why. Many of the oldest hearths on earth are found in Azerbaijan. They’ve been leftover from the nation’s Zoroastrian days when they worshipped fire thousands of years ago. In fact, the name Azerbaijan literally means ‘protector of fire.’ If you plan to visit Baku, be sure to take note of the famous ‘flame towers.’

From 1918 – 1920, Azerbaijan developed quite a lot while introducing their first republic, the Azerbaijan Democratic Republic. In 1918, they became the first Muslim nation to grant women universal suffrage and is still considered one of the most gender-equal Muslim nations to date.

3. Azerbaijan is Home to a Surprising Amount of Volcanoes

For a nation roughly the size of Austria, Azerbaijan has a staggering amount of volcanoes; around 350 in fact. And these aren’t just any volcanoes; these are mud volcanoes. This makes Azerbaijan the most concentrated nation on earth for mud volcanoes. Some of which date back more than 20 million years.

Azerbaijan has some truly impressive oil reserves. In 1901, the nation’s oilfields supplied more than half of the world’s oil, and through WW2 Azerbaijan accounted for 75% of the oil produced in the Soviet Union. Thanks to this, Azerbaijan supplied the Eastern front with the vast majority of oil needed to power Soviet tanks to victory over the Nazis.

Baku’s Old City, a historically significant area and World Heritage Site, is home to the world’s first private Museum of Miniature Books. Not only that, the museum boasts the world’s largest collection of miniature books with more than 5,500 teeny tiny books on display.

Often considered a symbol of modern Azerbaijan, the Heydar Aliyev Centre is truly a sight to see. This architectural masterpiece was designed by the late and great Zaha Hadid and won the London Design Museum’s Design of the Year award in 2014. It’s famous for its unique curves and number of unique exhibitions and museums inside.

7. Their National Dish is Plov

Plov is a savoury dish that comes together with a rice-based pilaf seasoned heavily with broth. It’s a combination of saffron, lamb, dry chestnuts, apricots, cumin and more. This national dish of Azerbaijan is unbelievably delicious and is found all over the country. Moreover, be sure to enjoy it with some bread and tea. 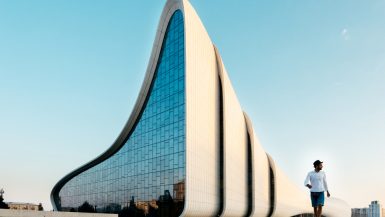 The 7 Most Instagrammable Spots In Azerbaijan