Nestled between Ukraine, Poland, Latvia, Lithuania and Russia, Belarus is at the core of Slavic culture. Despite being home to an incredible history spanning many millennia, a delightful food scene and incredibly rich in arts and culture, it remains relatively unexplored by many. Whether you are planning to visit Belarus or are just curious, there’s much to be learned about this forest-dense country known for its sweets and warm hospitality. Here are our picks for the most interesting facts about Belarus.

7 Most Interesting Facts About Belarus

1. The Amount of Forest Will Surprise You

It’s no secret that Belarus is scenically stunning. But did you know that 40% of it is covered with forest? No wonder it is sometimes referred to as the ‘Lung of Europe.’ The UNESCO recognised Białowieża Forest, a massive primaeval forest is largely to thank for this and has literally made the entire countryside like an old Slavic fairytale. In fact, if you take a look at the Belarusian flag, the green stripe represents the nations rich forests.

2. Belarus is Home to a Diamond of Knowledge – Literally

The National Library of Belarus, aka Belarus’ ‘Diamond of Knowledge’ is one of the nation’s most iconic structures in more ways than one. Coming in at 74 metres tall with 23 floors and an observation deck, the Diamond of Knowledge is certainly not your average library and is hotly debated over whether its interesting or just plain ugly. We think it’s the former. Today, the library holds more than 9 million books and is one of Minsk’s most visited landmarks.

3. The National Animal is a Bison

The national animal of Belarus is the heaviest land mammal on the entire continent, the European bison. And these are not just any bison – in fact, they were nearly extinct in the early 50s. That is, until two European bison were released into the Białowieża Forest. Today those two have grown the population to around 600 and have managed to revive the once near-extinct species.

4. Potatoes are in a League of Their Own

Most are aware that potatoes are a huge feature in many Eastern European cuisines, but in Belarus, these root goodies are on a whole new level. Often coined as Belarus’ second bread, there are over 200, (yep, two-zero-zero) Belarusian specialities that can be made from the humble spud. The most famous is the tasty draniki, aka potato pancake.

While Belarus is largely famous for its dense and lush woods, the nation does boast a few mountains, though not the kind you may be thinking of. In the area near Soligorsk, there are an impressive amount of artificial salt mountains that formed over Belarus’ salt-mining period. While they aren’t naturally formed, they are still pretty extraordinary to look at and provide a unique view into Belarus’ mining history.

6. Belarus Has a Knack for the Nobel Prize

7. The Language is Currently Dying

Belarusian and Russian are both official language s of Belarus. However, only 23% of the population speaks the former. According to UNESCO’s list of endangered and vulnerable languages, Belarusian is a great risk of going entirely extinct. Currently, there are about four million people worldwide who speak Belarusian which has been the country’s national language, along with Russian since the 90s. Fortunately, there’s been a recent surge in reviving the language and the outlook on saving the language. 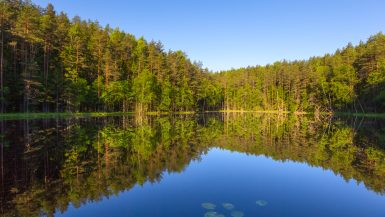 The 7 Most Instagrammable Spots In Belarus 7 Most Haunted Places in Kentucky
14 hours ago

7 Interesting Facts About Morocco
15 hours ago 7 Most Haunted Places in Iowa
17 hours ago

7 Most Haunted Places in Connecticut
2 days ago