Most people touch down in Narita International Airport and speed off to Tokyo, but it’s worth sticking around Chiba. From Disneyland parks to historic districts, here are a few interesting facts about Chiba that might encourage you to explore this fascinating region.

Chiba is home to both of Japan’s Disneyland theme parks: Tokyo Disneyland and DisneySea. Tokyo Disneyland was actually the first Disney theme park to open outside the United States. It’s still regarded as one of the best Disney franchises in the world too. Toky Disneyland encompasses seven areas: Adventureland, Westernland, Fantasyland, Tomorrowland, Critter Country, Mickey’s Toontown, and World Bazaar. DisneySea is a totally unique theme park found only in Tokyo. Opened in 2001, it offers entertainment, restaurants and epic sea-themed rides.

It’s easy to reach both Disney resort parks from Tokyo station. Tokyo Disneyland and DisneySea are located just a few minutes’ walk from JR Maihama Station on the Keiyo Line. It’s impossible to miss, as the train rolls around the bay you’ll see the Magic Kingdom’s majestic spires peep into view.

2. Chiba is more agricultural than you think

Most people associate Chiba with Narita International Airport, the Keiyo Coastline Industrial Belt (Ichihara City) and large-scale factories and warehouses. But the region plays an important role in the economy when it comes to agriculture too. In fact, Chiba produces Japan’s second-highest agricultural output, second only to Hokkaidō. Chiba leads in vegetable production, including carrots, cabbage, daikon, radish and welsh onions. It’s also renowned for its peanuts. In fact, Chiba produces a whopping 78% of the country’s peanuts.

3. Chiba is a haven for foodies

Tokyo gets all the attention when it comes to superstar sushi dishes, but Chiba has a lot to say for itself too. One of the prefecture’s most famous dishes is Namerou, a minced fish dish consisting of horse mackerel minced with miso, shiso and leeks. It’s delicious. Tantanmen, which you’ll find all across the country, originated in Chiba too. The Katsuura Tantanmen is said to have been invented as a way to warm up ama divers returning from the sea. And then there’s Kujukuri, dried sesame sardines with marine. On the Boso peninsula, they pluck them from the Pacific and sundry them in huge piles on the harbour. 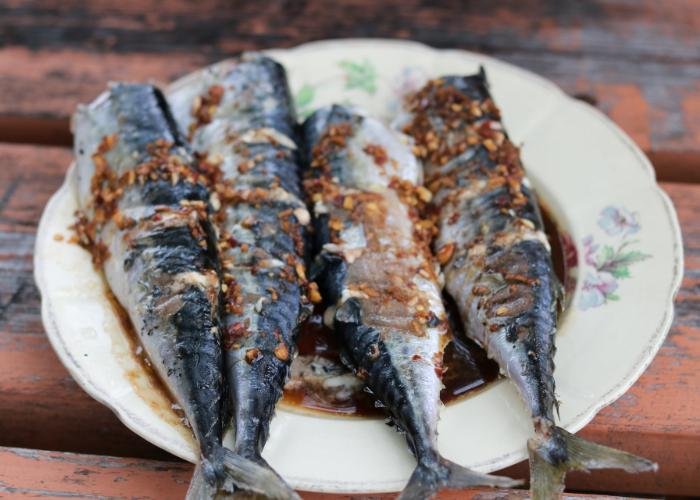 Few people associate Tokyo with beautiful beaches, but those in the know head a few miles out to Chiba’s sweeping coastline. For the best surfing beach in the region, head southeast to Onjuku Beach. This crescent-shaped beach is a surfer’s paradise, with beach huts, rental shops and a great swell. Over at Moriya Beach in the Minami Boso Quasi-National Park, the waters are clear, calm and shallow, which makes it popular with families. It also consistently ranks in Japan’s Top 100 Baths ratings too.

5. Chiba is home to historic towns

Chiba is home to some fascinating historic districts, including Sawara. This charming river town is also known as Koedo or Little Edo. The buildings date back to Japan’s Edo period, from 1603–1867, and the canals are the same waterways used by merchants some 200 years ago.

There are more than 200 hot springs dotted across the Chiba Prefecture. They’re easy to reach from Tokyo and comparatively affordable too, which makes them popular with both locals and tourists alike. Many of the area’s best hot springs offer sweeping views over the coast and as far as Mount Fuji too. Kamogawan in Minami Boso Kamogawa Onsen is a particularly popular spot which offers 64 luxurious rooms 20 of which have their own open-air hot spring baths. Chiba is also one of Japan’s largest industrial areas. Before World War II, the region was renowned for its brewing industry, specifically soy sauce, sake and mirin. But during the 1950s, the manufacturing market exploded here when the government decided to build the Kawasaki Steel Factory here. Authorities also dredged huge plots of land from the waterfront to create factories, warehouses and docks that would eventually form the Keiyō Industrial Zone. Today, most of the region’s industry focuses on petroleum, chemicals and machinery.

It’s also home to the national headquarters of some of the world’s biggest brands, like Amazon, BMW, COSTCO and Seiko. The Best Places for Snorkeling in Grand Cayman
31 mins ago