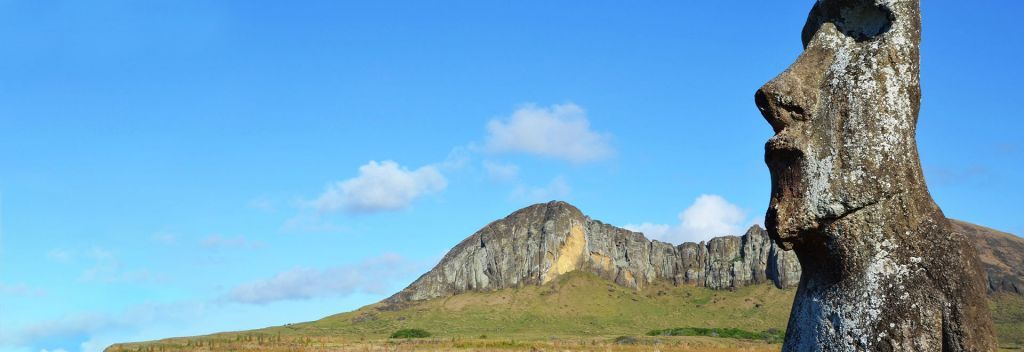 Chile is famous for it’s stunning Torres del Paine peaks and lunar-like Atacama desert which draw millions of tourists annually. Its vibrant food and wine culture, thriving art scene, stunning natural beauty and plethora of historical landmarks make it a big pull for all sorts of travellers. From artsy and charming Valpairiso to the bustling hub of Santiago, it’s no doubt a place that everyone should experience at least once in their life. Without further adieu, here are seven interesting facts about Chile.

7 Most Interesting Facts About Chile

1. Chile is Home to the Driest Place on Earth

Coming in at 7,900 feet above sea level, Chile’s Atacama Desert is the driest place on Earth. It’s so dry in fact, that some areas of this desert have never received a drop of rain. In addition to being the driest place on Earth, it’s also one of the oldest deserts with an estimated age of at least 3 million years. Known for its lunar-like landscape and stunningly beautiful rock formations, it’s a top destination for anyone planning to visit the nation. 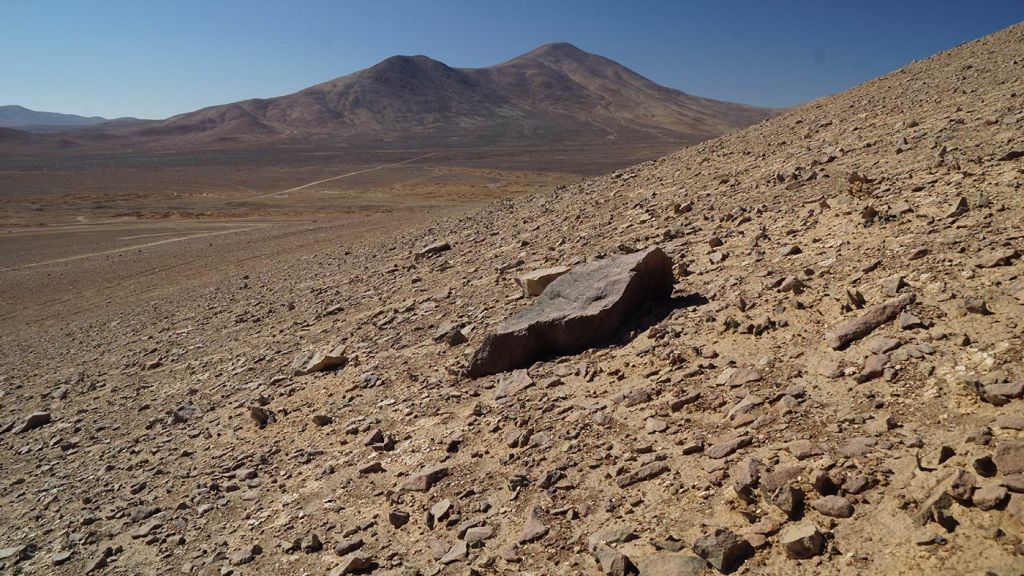 2. It Has the World’s Largest Swimming Pool

Just off the Pacific Coast in Algarrobo, you’ll find the world largest swimming pool. Coming in at 1,000 yards long with a maximum depth of 115 feet with an area of 20 acres, the pool holds over 66 million gallons of crystal clear water. The massive swimming pool took five years to construct and cost nearly 1 billion USD. Additionally, each year it racks up a maintenance bill of 2 million USD.

3. You Can Find Some of the Most Iconic Megalith Statues in the World

Chile’s Easter Island far off in the Pacific Ocean is home to some of the most recognizable statues in the world – the Moai. These monolithic human head statues are some of the most mysterious and impressive of their kind and date back at least 500 years.
Want to know more about these incredible statues? Head here. 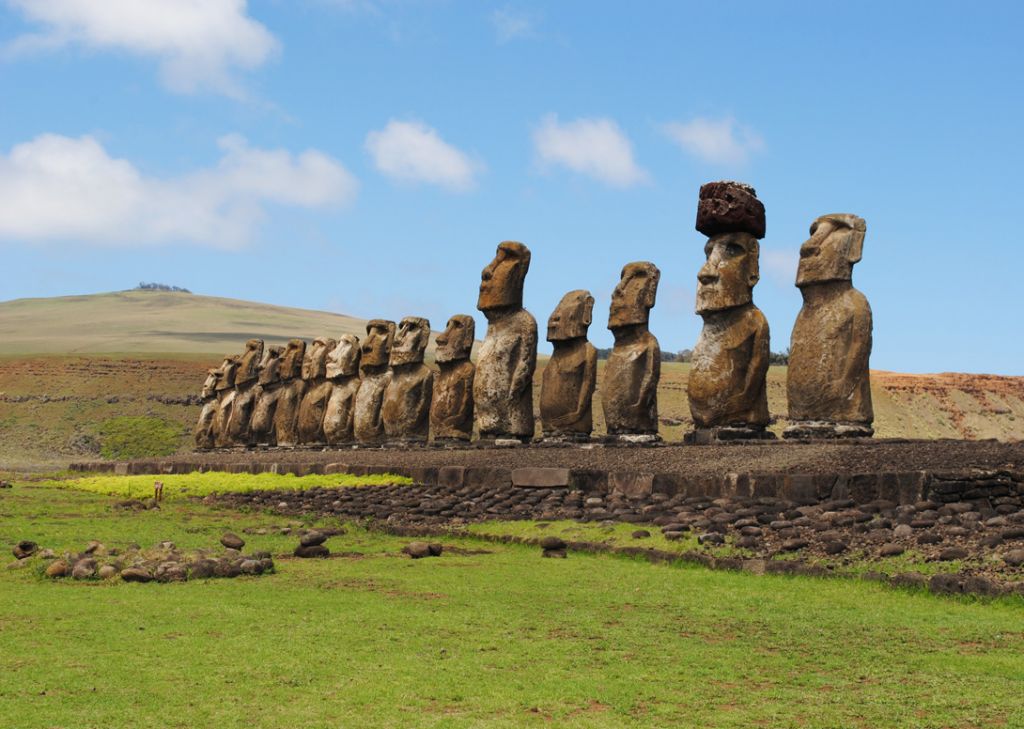 4. Chile Has some of the World’s Largest Volcanoes

The Chilean Andes are a must on any South American bucket list. Running all the way down to the heart of Patagonia and lining the whole western side of the continent, the Andes are one of the most impressive mountain ranges worldwide. With the range’s extreme diversity comes quite a few volcanoes, some of the largest in the world, in fact. Chile is home to over 1300 volcanoes, a number of which are still active. The most-watched active volcanoes include Cerro Hudson, Villarrica and Cerro Arul.

5. Chile Has One of the World’s Longest Coastlines

Chile holds the title for the world’s largest country from north to south at 4,620 km (2,647 mi). While it’s only 90 km (60 mi) wide, it far makes up for it in coastline. Nearly 6,500 km of stunning pristine Pacific coast strung together by countless idyllic beaches make up the neverending shores of Chile. 6. Chile is Home to the World’s Oldest Mummy

That’s right, Chile, not Egypt, is actually the place of the world’s oldest known mummy. This child Chinchuorro mummy was found in the Camarones Valley and dates to at least 5050 BC. In total, authorities have found a total of 282 Chinchorro mummies scattered across the narrow strip from southern Peru to northern Chile. It’s estimated that the Chinchuorros settled in the area around 7,000 BC and began mummifying their loved ones around 5,000 BC.

7. Chileans Know a Thing or Two About Wine

When it comes to wine exports, Chile is the 5th largest globally. And these aren’t just any wines, either. Some of the finest wines worldwide hail from Chile such as Clos Apalta, Viñedo Chadwick, Casa Real and Seña. The total vineyard coverage of the country is 126,000 hectares split roughly 75/25 between red and white varieties. 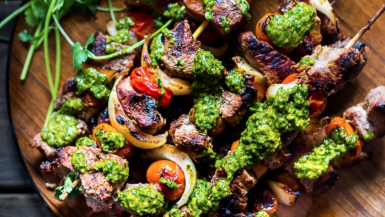 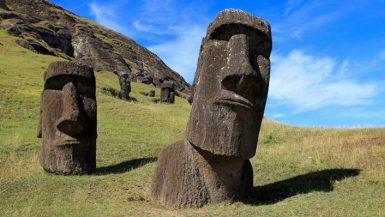 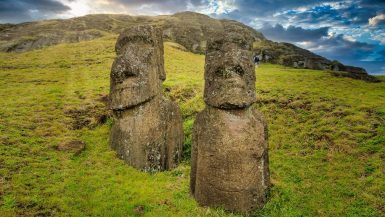 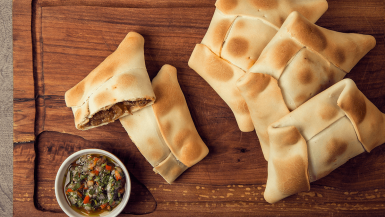 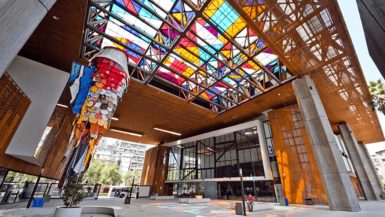 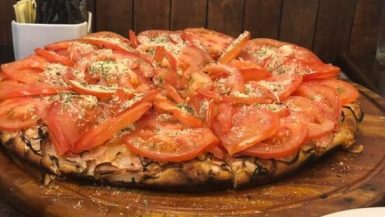