A vibrant music scene, unbelievably delicious food, and stunning natural scenery are just a few of Colombia’s big draws. Famous for being one of South America’s most lively and culturally dense nations, it’s no wonder more than 4 million visitors a year flock here. Whether you’re a fan of history, bustling cities, great food or are a lover of the outdoors – there’s a Colombian scene for everyone. From its incredible biodiversity to its problematic location on the Ring of Fire, here are seven interesting facts about Colombia.

7 of the Most Interesting Facts About Colombia

Colombia holds the title for the world’s second most biodiverse nation after Brazil, which is seven times its size and one of only 17 megadiverse countries. It is also home to the highest number of species by area in the entire world, including more different species of birds than Europe and North America. Worldwide, it ranks first in orchid and bird species diversity and a close second in plants, butterflies, freshwater fish and amphibians. 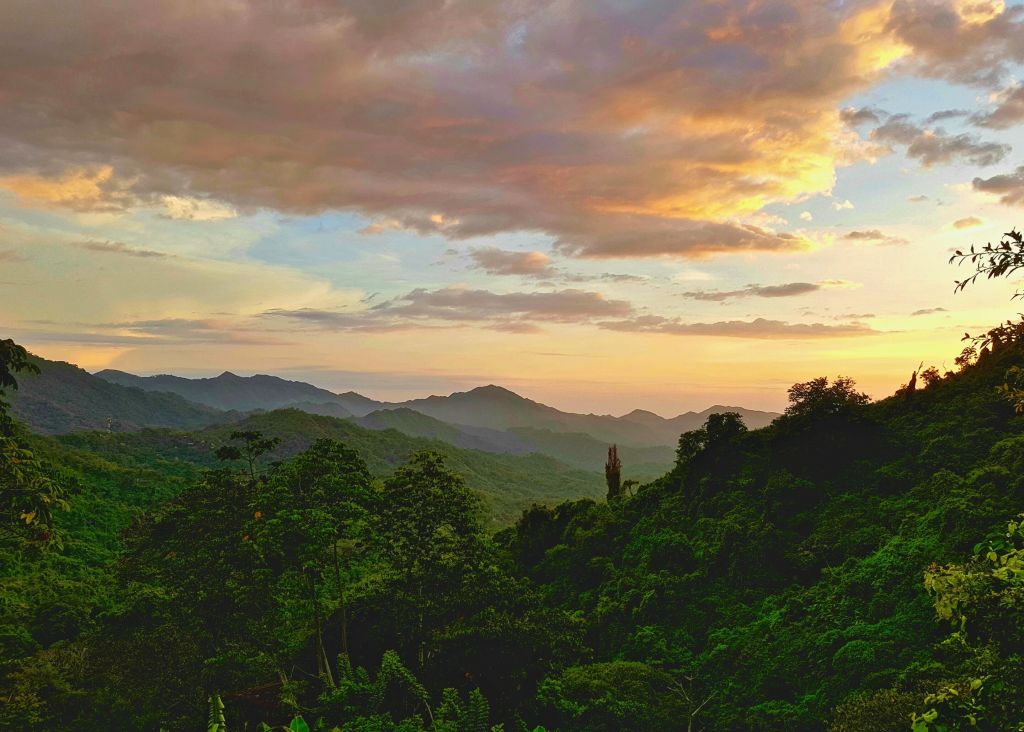 2. It Has the Best of Both Coastal Worlds

Colombia is the only country in South America that boasts coastlines on both the Caribbean Sea and the Pacific Ocean. Strung together by 300 beaches over 3,000 kilometres, Colombia has one of the continents most gorgeous stretches of coast. From white sand retreats to cliff strewn shores and buzzing coastal city waterfronts, the coastline is as diverse as it is visually stunning.

3. It Takes Second Place For the Highest Number of Native Spanish Speakers Globally

According to a study done last year by the Instituto Cervantes, a whopping 580 million people around the world speak Spanish. After Mexico, Colombia is the country with the largest number of native speakers at over 49 million. More than 99.2% Colombians speak Spanish; however, there are also over 80 different indigenous and Creole languages.

4. Colombian Coffee Really is as Good as You’ve Heard

Everyone knows Colombia makes the best coffee in the world – so good in fact, that it has it’s own UNESCO recognition. In 2011, UNESCO declared the “Coffee Cultural Landscape” of Colombia a World Heritage Site. It’s the third-largest producer globally just behind Brazil and Vietnam, and the tradition of coffee is engrained in the Colombian identity and culture.

5. Colombia is Part of the Ring of Fire

The Ring of Fire is a stretch of 40,000 km characterized by active volcanoes and frequent earthquakes. 75% of the world’s volcanoes are on the Ring of Fire. And a whopping 90% of the world’s earthquakes take place on its path. Just 29 km west of Bogotá, you’ll find the infamous Nevado del Ruiz; which lies right on the Pacific Ring of Fire. It’s famous mainly for its massive eruption in 1985, which resulted in one of the deadliest volcanic disasters since 1500 AD.

The Sierra Nevada de Santa Marta comes in at 5,710m and is the world’s highest coastal mountain range. Thanks to this, you can explore the stunning snowy alpine scenery with gorgeous views of the warm Caribbean Sea below. If that weren’t impressive enough, the mountain range has moved some 1,300 miles over the last 170 million years.

7. Colombia Has its own Rainbow River

Caño Cristales hidden away in the Colombian National Park of La Macarena has often been called the most beautiful river in the world. It’s famous for its vibrant coloured streams ranging from yellow, blue, green, black and especially red. The phenomenon is caused by a unique variety of plants that grow across the riverbed making the waters appear to have vibrant coloured streams. 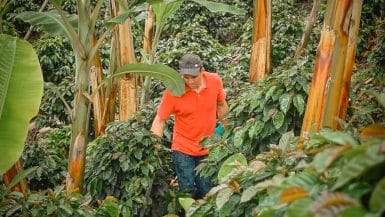 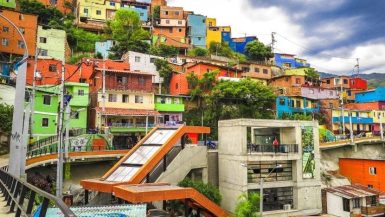 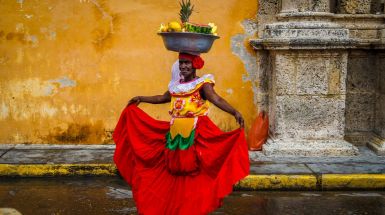 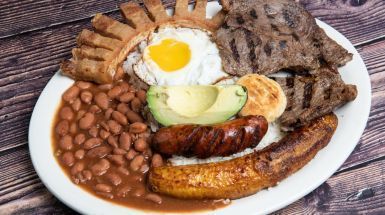 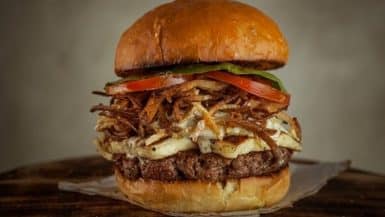 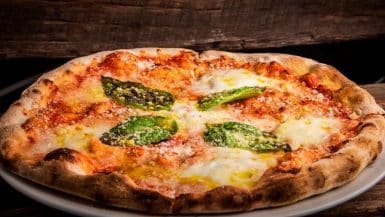 The 7 Best Pizzas In Cartagena