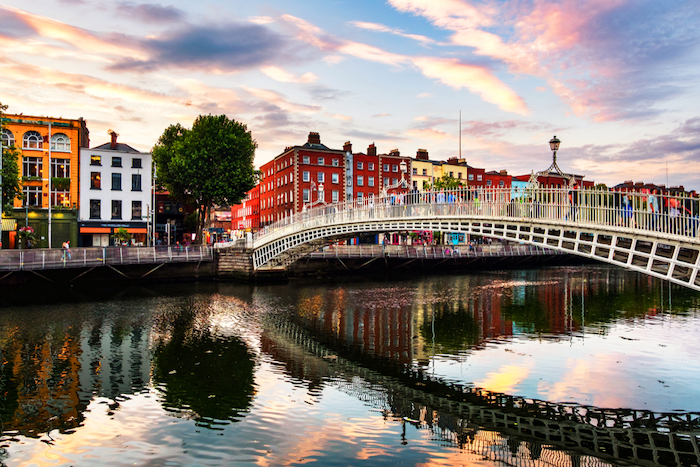 The Emerald Isle’s colourful capital is one of the country’s most famous cities. Home to Guinness and good craic, over 6.5 million people visit Dublin every year. But how much do you really know about this iconic city? From cheap leases to famous lions, these interesting facts about Dublin might just surprise you.

1. It was an important Viking town

The Vikings founded Dublin twice – in 841 AD and 917 AD. They dubbed it the ‘Norse Kingdom of Dublin’, and from then onwards it became the most important town in Ireland. It was the earliest and longest-lasting Norse kingdom in Ireland and a key crossroads for trade and expansion of the Viking Empire.

Fans of the TV show ‘The Vikings’ might recognise some of the scenery since much of the filming took place in the capital Dublin.

2. Dublin is home to the oldest pub in Ireland

The Brazen Head is the oldest pub in Ireland. It dates back to 1198, though it’s unclear how much of the original inn remains. Located on Lower Bridge Street, it offers three cosy rooms serving up local beers, ales and wholesome food.

It’s been a popular haunt with famous literary figures too. James Joyce referenced the pub in ‘Ulysses’, and Brendan Behan, Jonathan Swift and Robert Emmet were all regulars. 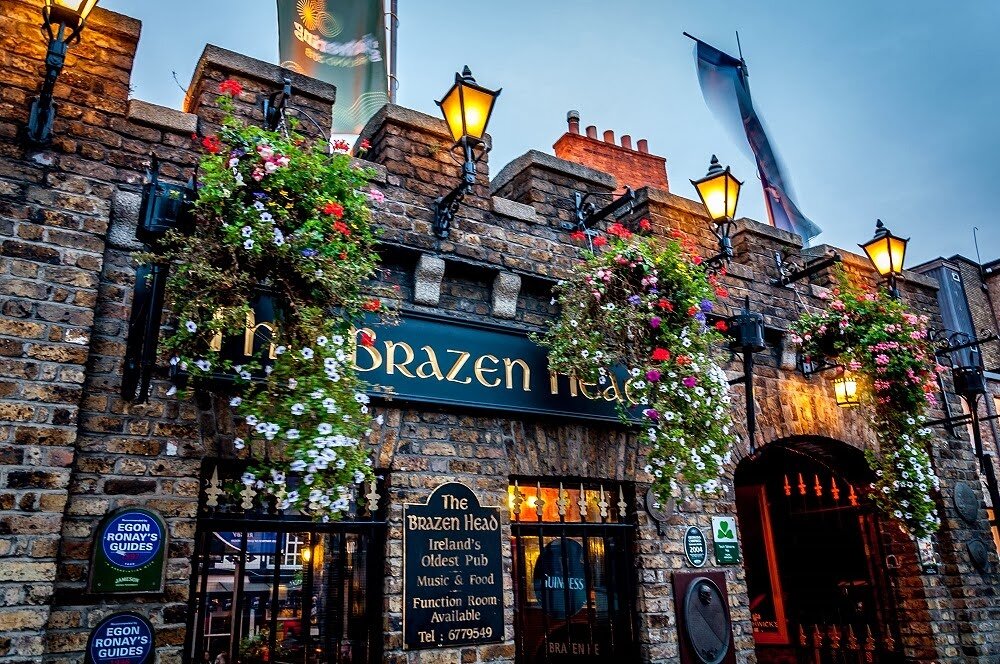 Trinity College is Ireland’s oldest and most prestigious educational institution. It dates back to 1582, but before that it was a cathedral. Some of Ireland’s best-known literary icons studied here, including Oscar Wilde, Bram Stoker and Samuel Beckett. Other political figures, such as President Mary Robinson and Theobald Wolfe Tone.

It’s worth a trip if you’re in town – the library is home to at least one copy of every publication published in Ireland. 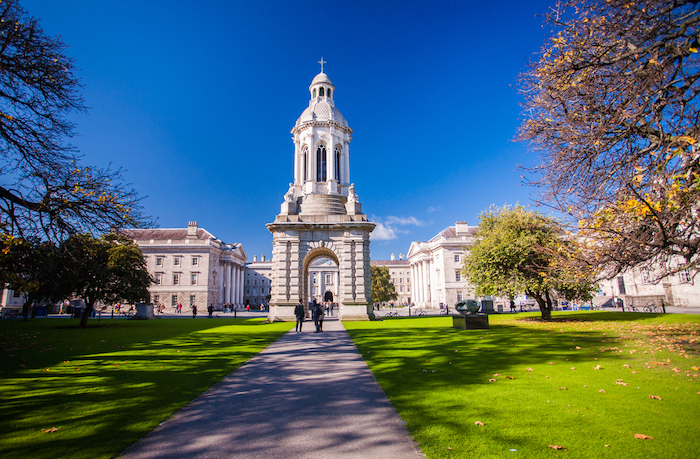 4. Dublin is home to the remains of St. Valentine

Always thought Dublin was a romantic city but can’t pinpoint exactly why? The answer might just lie beneath the surface. St. Valentine, the patron saint of love, was executed in Rome and buried there in the 3rd century. He stayed there for centuries until an Irish priest gained permission to exhume the body and move it to Dublin in 1835. He now rests at Whitefriar Church.

In 1950, the church erected a statue and shrine to honour St. Valentine and now thousands flock here on Valentines Day every year.

5. The O’Connell Bridge is wider than it is long

Built in 1877, the O’Connell Bridge is now one of the city’s most famous bridges. Most Dubliners assume it’s a perfect square, but it’s actually five metres wider than it is long. That makes it the only traffic bridge in Europe of its kind. 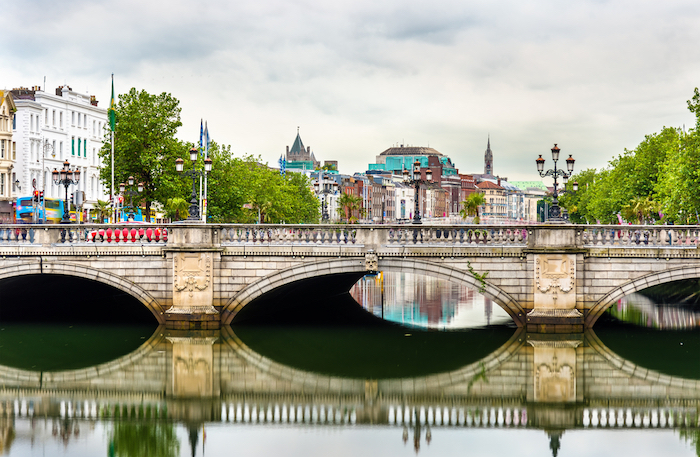 You probably already know that Dublin is the home of Guinness, but did you know that its founder wangled a 9,000-year lease for a bargain? Arthur Guinness signed the lease in 1759 for the unused brewery at just £45 per year for 9,000 years. The lease runs out in 10,759. Guinness transformed the site into the Guinness Storehouse and brewery – and Guinness is still produced on the site today. The Guinness family still owns 51% of it.

Speaking of Guinness, the Guinness Book of World Records is connected to drink. According to local legend, in 1951, the managing director of Dublin’s Guinness brewery, Sir Hugh Beaver, had an argument in the pub about the fastest game bird in the U.K. The conversation prompted the idea of a reference book about all the “superlatives” debated in pubs. The first Guinness Book of World Records was published in 1955. 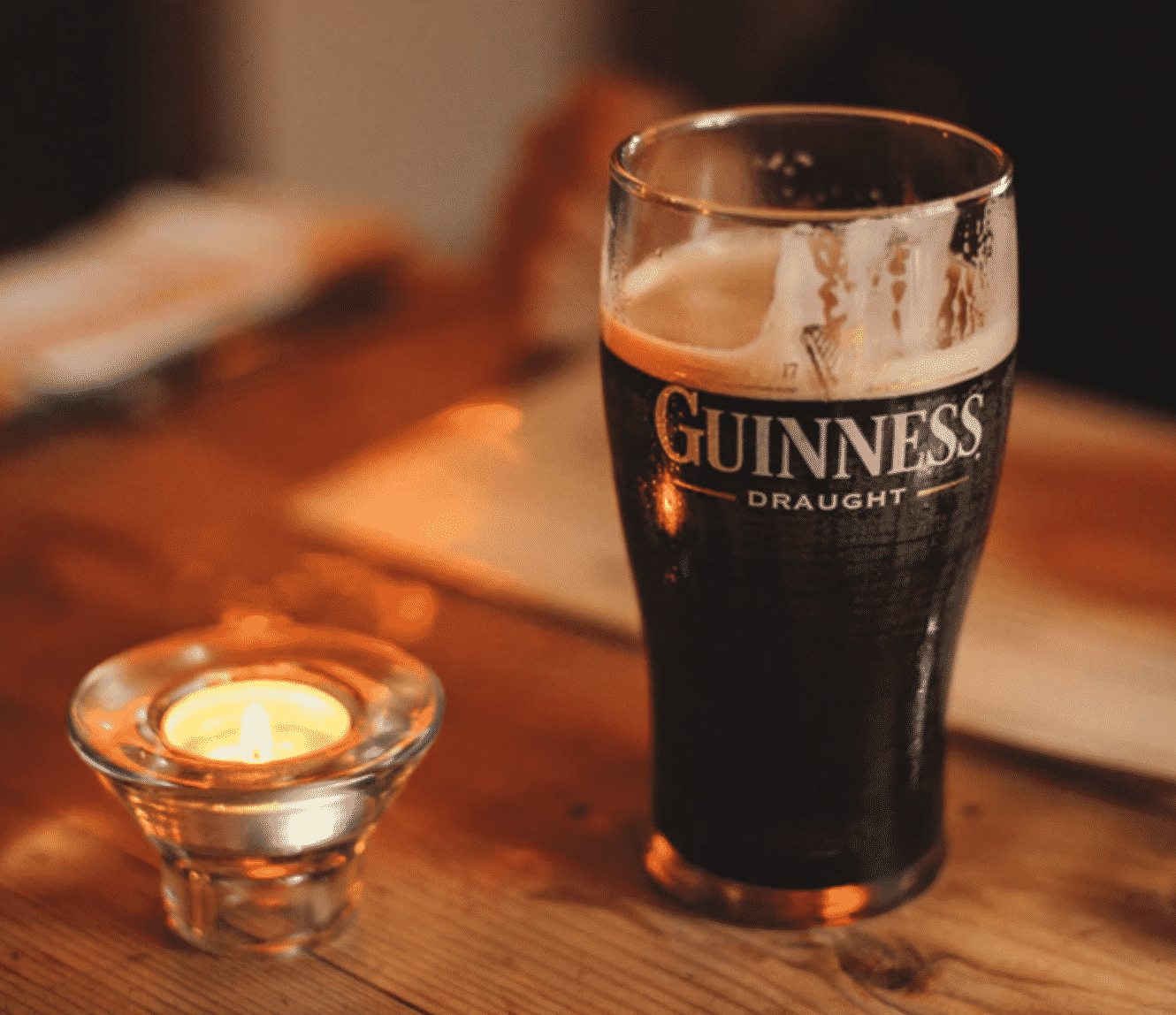 7. The first MGM tiger was from Dublin

We’ve all seen that famous roaring tiger at the beginning of a classic MGM movie, but did you know that the first lion was a Dubliner? Born in Dublin Zoo in 1919, ‘Slats’ (who was originally called Cairbre) stared in every black and white MGM film between 1924 and 1928. He also starred in a few films himself, including Mike Henry’s Tarzan movies and the King of Kings. 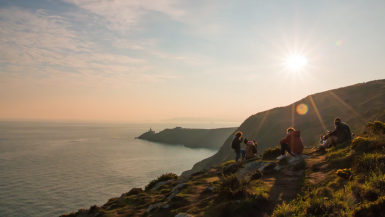 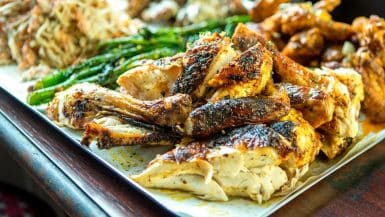 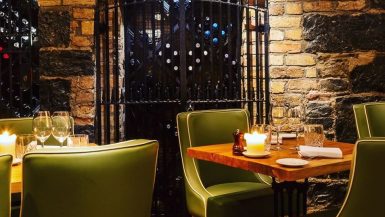 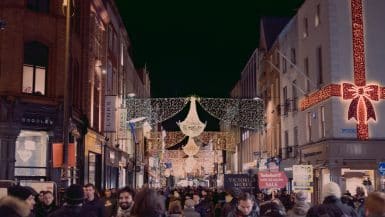