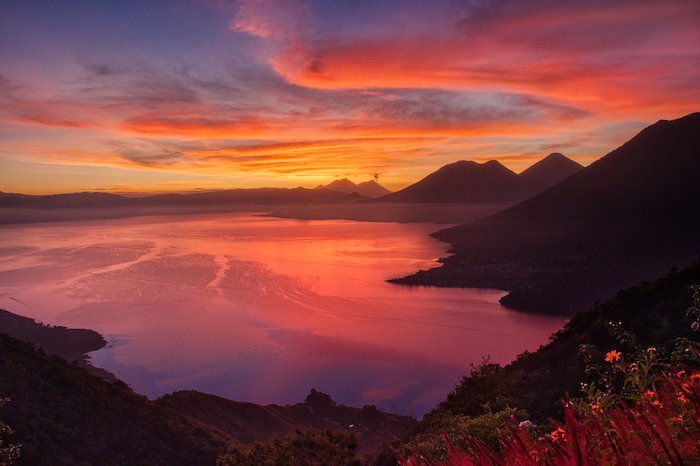 Famous for its mountains as well as for being the birthplace of the Mayan civilisation, Guatemala is a stunning country with a rich history. With coasts along two different oceans as well as active volcanos and swathes of vast protected areas, Guatemala is a country rich in flora and fauna. In fact, it is one of the world’s most diverse countries in terms of wildlife. Curious to know more? Here are some of the most interesting facts about Guatemala.

1. Guatemala means ‘land of the trees’.

With a population of 18.4 million, (as of 2021) Guatemala is the most populous country in Central America and the fifth-largest country of the North American continent. The capital is Guatemala City, which 3 million people call home. The official language is Spanish, but people living in the country speak 21 Mayan languages, as well as several non-Mayan Amerindian languages. In the Maya-Toltec language, Guatemala means ‘land of the trees’ or ‘place of many trees’. 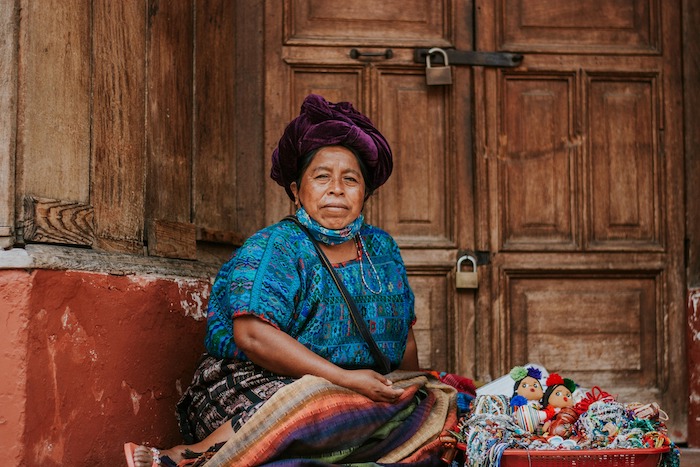 Four countries border Guatemala: Belize to the northeast, Honduras to the east and El Salvador in the southeast of the country. Mexico borders the country to the north and west and this is the longest border. The Pacific Ocean and an Atlantic Ocean sandwich Guatemala. The Pacific Ocean coastline is the longest of the two. It stretches for around 250km (155 miles) from the western Mexican border through to the eastern border of El Salvador. Along the Pacific coastline, you’ll find popular beach towns,  for instance, San José and Monterrico. Its Caribbean sea coastline (a suboceanic basin of the western Atlantic Ocean) zigzags for 151km (94 miles) along the Bay of Amatique and the Gulf of Honduras. As you can imagine, Guatemala has some stunning beaches, for instance, Playa Blanca in Izabel. Guatemala is a mountainous country. Mountains cover some 60 per cent of the country. You’ll find 37 volcanos in Guatemala, but only three of them are active. The tallest volcano is Tajumulco – 4,222 metres (12,529 ft) – which is also the highest peak in Central America. Fuego (3,763 metres / 12,346 ft) is the most active volcano in Guatemala; it explodes around 5-9 times per hour producing impressive ash plumes. Pacaya volcano (2,552 metres / 8,373 ft) is one of Guatemala’s most active volcanoes. Its frequent eruptions are often visible from Guatemala City. The third active volcano in Guatemala is Santiaguito (3,772 metres / 12,375 ft), which has been erupting every hour for nearly one hundred years. 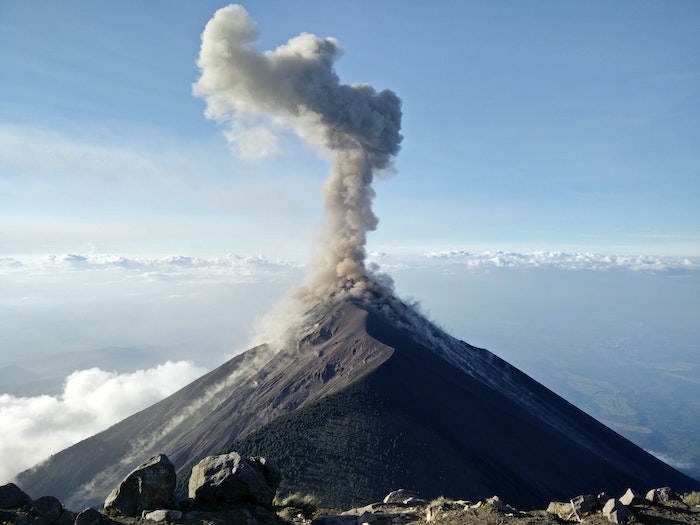 4. The quetzal is the national bird of Guatemala

The quetzal is a strikingly coloured bird sacred to the ancient Mayas and Aztecs. Quetzals are iridescent green or golden-green birds with red bellies and long tails. The quetzal lives from southern Mexico to Bolivia and is the national symbol of Guatemala. You’ll find the image of this bird on the country’s flag and coat of arms. It is also the name of the country’s currency, the Guatemalan quetzal. 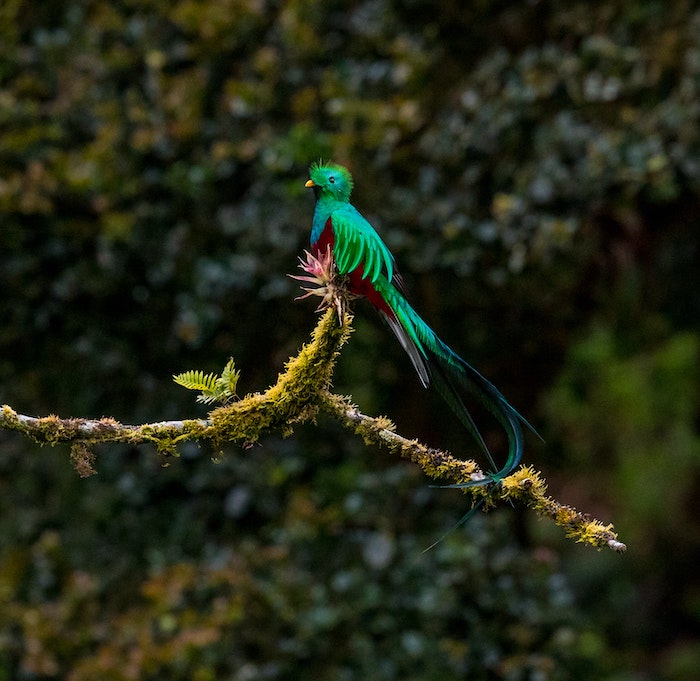 5. The Guatemala flag is full of symbolism

The national flag, it is a light blue-white-light blue vertical triband with the national emblem in the centre. The flag’s design represents Guatemala between the Pacific and the Atlantic Ocean. The emblem is the Coat of Arms of Guatemala, which the Guatemalan’s adopted on the 18th November 1871. It features a pair of crossed rifles and a pair of swords surrounded by a laurel wreath. In front of these is a parchment scroll that reads: “LIBERTAD 15 DE SEPTIEMBRE DE 1821”. This is the date that Central America gained independence from Spain. Perched on the parchment is a green quetzal bird with a bright red belly. The laurel wreath represents victory and the bird represents freedom. The swords symbolise honour and the crossed Remington rifles with bayonets symbolise the country’s willingness to defend itself by force if necessary. Those fighting in the 1871 Liberal Revolution used Remington rifles. 6. Guatemala is a megadiverse country

According to Conservation International, Guatemala is one of 17 megadiverse countries in the world. Megadiverse countries: “house the largest indices of biodiversity, including a large number of endemic species“. This makes Guatemala one of the greatest countries for animal and wildlife lovers. In fact, it is the second-highest-ranking country in Central America in terms of eco-regional diversity and the total number of species of mammals, reptiles, amphibians, birds and plants. Guatemala has registered approximately 13,866 species, for instance, it has 3,549 fauna and 10,317 flora species. 7. Guatemala is home to an ancient Mayan citadel

Guatemala is home to Tikal, an ancient Mayan citadel in the rainforests in the north of the country. Archaeologists date this city possibly to the 1st-century A.D. Tikal flourished between 200 and 850 A.D., however, by the end of the 10th-century, it had been abandoned. At one time, it was one of the largest of the Classic period Maya cities as well as one of the largest cities in the Americas. In 1979, UNESCO declared it a World Heritage Site citing its “extraordinary biodiversity and archaeological importance”, for instance, the site is home to jaguars, pumas and several species of monkeys. 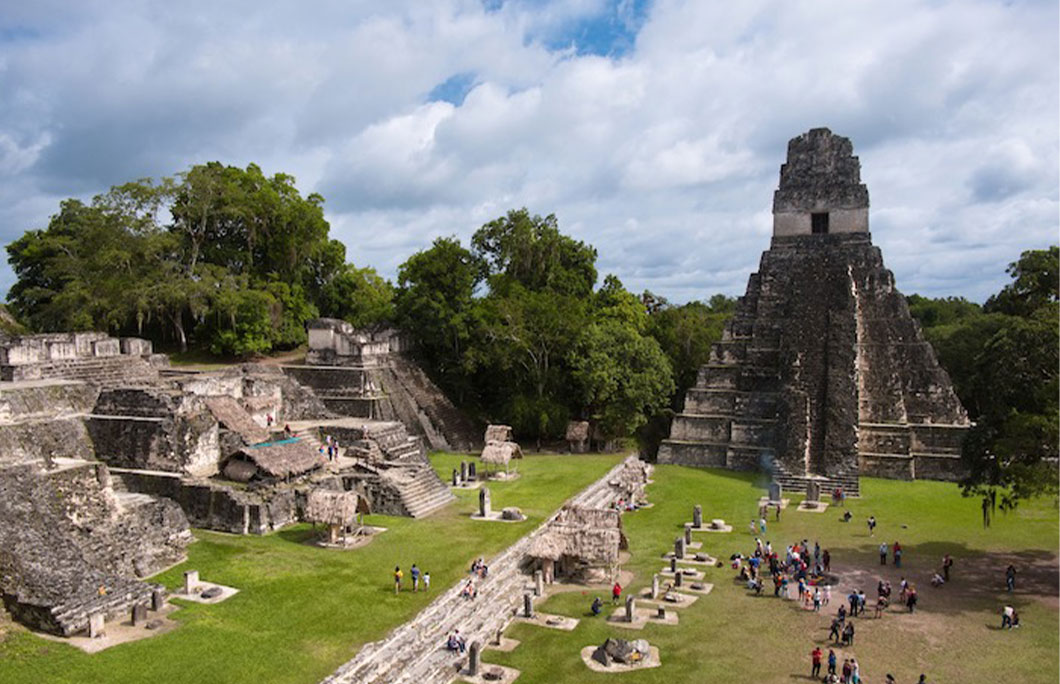 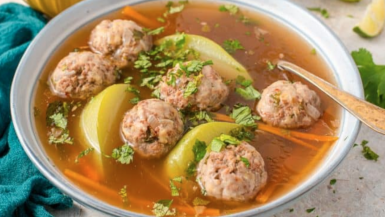 7 Guatemalan Dishes You Have To Try 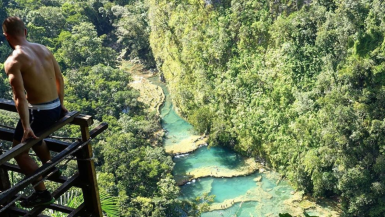 The 7 Most Instagrammable Spots In Guatemala