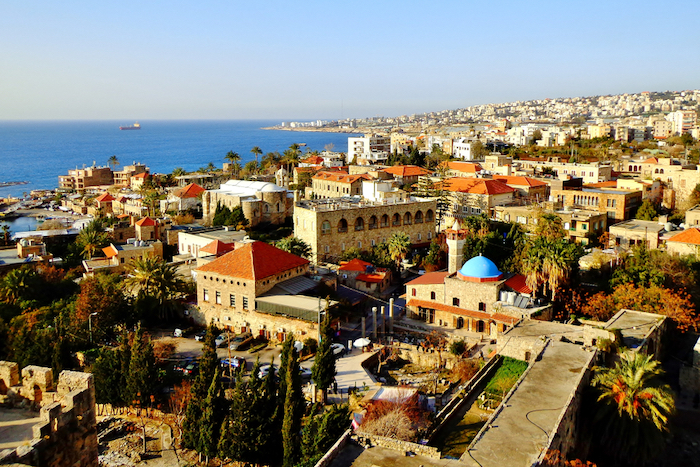 The third-smallest country in the Middle East, Lebanon boasts over 7,000 years of history. It’s a fascinating mix of Middle East meets West, tradition and modernity and Christianity and Islam. This duality is making it a popular holiday destination too, along with its glamorous beach resorts, fabulous cuisine and hedonistic capital city. The country has battled with decades of civil war too, as well as quick-to-erupt sectarian violent uprisings, and many areas are still out of bounds for travellers, including Palestinian refugee camps, the Syrian borders and the whole of the Hermel area. Fascinated by this Middle Eastern melting pot? Here are seven interesting facts about Lebanon you may not know.

… Possibly the best outside Rome. The Baalbek Temple, or Temple of Bacchus, is one of the best-preserved and grandest Roman temple ruins in the world. Located in the Al-biqā (Bekaa Valley), the temple complex became a UNESCO World Heritage Site in 1984.

The Roman Emporer Antoninus Pirus likely commissioned the temple in the second century AD, but there aren’t any records of the site until the Greek conquest in the 4th century. In the late nineteenth century, a German Expedition excavated two of the large temples and began restoring the site. Then, in the 1970s the Lebanese civil war broke out and the site became a stronghold for Palestinian and Syrian forces. Currently, it’s within the FCO’s no-go zone on the eastern border but this can change. 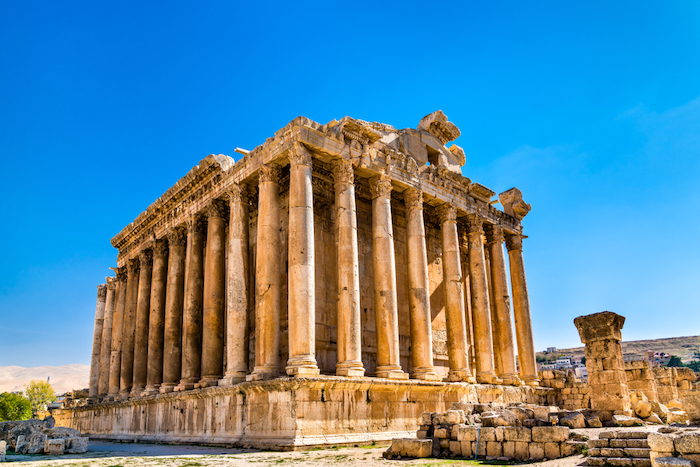 According to the World Health Organization, Lebanon is ranked third in the world for the highest cigarette consumption per capita. The minimum age to smoke or purchase tobacco is 18 years and around 1.1 million over-18s currently smoke in the country. It may have banned smoking in enclosed public spaces, but the law enables hotels to allocate 20% of their capacity for smokers. The government also banned tobacco advertising in television, radio, print media, and point of sale in 2012. Since then smoking has decreased by 34.7%.

3. There are a lot of holidays

Lebanon has one of the highest rates of public holidays in the world. There are 16 public holidays in Lebanon – only India and Colombia take more with 18 each. Why so many? Like any institutional arrangement, public holidays maintain a balance between different sects. Most are religious, but Lebanon has 18 official sects and a political system based on a sectarian division of power.

So, religious sensitivities help explain why there are so many public holidays in Lebanon. For example, other countries get one Easter holiday, but Lebanon gets two to honour both the Orthodox and Catholic Christians. The same goes for Eid al-Fitr.

4. It was once French

Some claim that France’s relationship with Lebanon dates all the way back to the 13th century. Apparently, Louis IX committed protected the Maronites, a branch of Catholicism that is still the largest Christian denomination in Lebanon. Some say it started a little later though, in the 16th century, when François I formed an alliance with Suleiman the Magnificent, sultan of the Ottoman Empire.

What we know for certain is that by the end of the 19th century, French Jesuit missionaries created schools in Lebanon and in 1875 created a famous French-speaking university, Saint Joseph University. After World War One and under the terms of the 1916 Sykes-Picot agreement, France gained Lebanon. France created the constitution in 1926 for the Lebanese Republic and stayed until 1943 when the country gained independence.

Today around 23,000 French people in Lebanon and around 210,000 Lebanese people in France.

5. And a lot of people still speak French

Although French ceased to be an official language in 1943 and Arabic is now the official language of Lebanon, most Lebanese speak French – a legacy of France’s colonial rule. It’s estimated that a third of the population still speaks it. Younger generations also speak English. Plus, lots of parents send their children to French lycees or British schools, so many even speak French and English at home. As a result, many young Lebanese struggles with basic Arabic reading and writing skills.

French is still widely in use across the city. It is used on banknotes and on certain signs and buildings. Lebanon is also the number one country outside of France teaching the French curriculum. 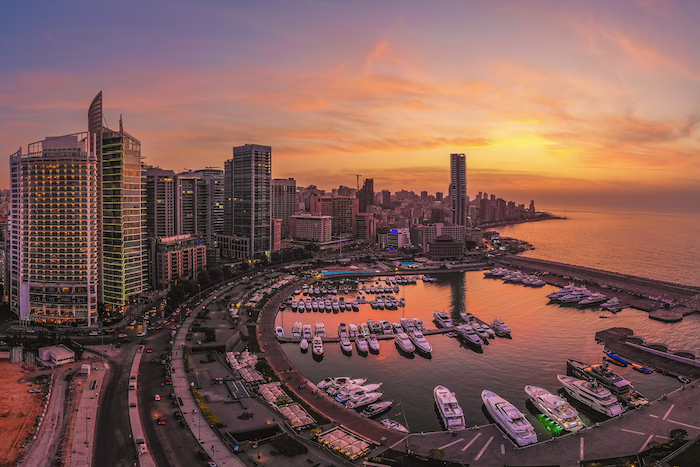 Lebanon has an ancient wine culture dating back over 5,000 years, possibly to 7000 BC. In fact, the Phoenicians were among the first wine producers in the world. Phoenician merchants traded here for three thousand years as the epicentre of ancient wine.

Today, Lebanon is undergoing a winemaking renaissance. While it still only produces around seven million bottles a year (Bordeaux alone produces around 900 million bottles), it is gaining a reputation for quality. Most of the wines are produced inland, in the fertile Bekaa Valley and near Jezzine, inland of Sidon. Red wines account for most of the output, made with grapes from southern France such as Carignan, Syrah, Cabernet Sauvignon and Merlot.

7. It’s home to the oldest city in the world

Byblos is the oldest continuously inhabited city in the world. It’s around 20 miles (30 km) north of modern Beirut. The name Byblos is actually Greek. Interestingly, the world papyrus got its greek name – Byblos – when it was exported to the Aegean through Byblos. So, the English word Bible is really derived from Byblos – it’s a “papyrus book”.

Recent excavations found that Byblos was occupied as early as the Neolithic period, from 8000 BC to 4000 BC. It was a chief harbour for exporting cedar and valuable wood to Egypt and was known as Kubna in Ancient Egyptian. We know this because Egyptian monuments and inscriptions are very similar to those found on the River Nile.