Sitting right in the centre of Europe on the Baltic Sea, surrounded by Belarus, Latvia, Poland and Russia, Lithuania is truly a gem of Eastern Europe and the Baltics. Famous for its ancient history, interesting pagan roots and archaic language, there’s lots to love about it. Add to this a spectacular natural environment that encompasses a 61-mile strip of sand dunes and Unesco World Heritage Sights like the Kernavė Archaeological Site and it’s hard to see why more people don’t visit. That’s why we summed up some of the most interesting facts about Lithuania to show you just how incredible the ancient Baltic nation really is.

1. Lithuania is a hotbed for linguists

Lithuanian is the oldest surviving Indo-European language in the world. It’s actually an archaic language, similar in structure and form to Sanskrit, a classical Indian language. The earliest use of Lithuatioan can be traced back over 5,000 years. Today it’s one of only two Baltic languages spoken in the world: Lithuanian and Latvian. All of the rest, including Galindian and old Prussian, became extinct.

More than 80% of the country’s 3.8 million population speaks Lithuanian. But that means only 3 million people speak it today, making it one of the least spoken languages in Europe. Other minority languages include Belarusian, Polish, Russian, Ukrainian and Yiddish. 2. Around a third of the country is forestland

Lithuanians are famous for their fondness of nature, and it’s not hard to see why. After all, around 40% of Lithuania is forest. Most of them are protected by Lithuania’s five spectacular national parks. Each park provides homes for a range of wildlife, including roe deer, wild boar and hedgehogs. The Nemunas Delta Regional Park, next to the Curonian Spit is on a migration route from Africa to the Arctic. It’s a popular breeding ground for over 295 species of birds.

Now, you can visit the forests from your armchair too. The Ancient Woods is a stunning hour-and-a-half-long nature documentary about Lithuania’s ancient forests. It’s the result of years of filming, so you can imagine the sorts of footage they were able to capture. From a sleeping dormouse to a duelling pair of capercaillies, it’s a riveting watch. The movie scooped up a range of awards at international film festivals too. 3. There’s a popular dish named after a German airship

One of the most popular Lithuanian dishes is cepelinai. In fact, it’s been the cornerstone of the country’s cuisine for well over a century, so you won’t struggle to find them. They are heavy dumplings, made from potato dough and stuffed with pork. They’re typically around fist-sized, then drenched in a sour cream sauce. These potato parcels are undeniably delicious but they’re also special for another reason. The dumplings are named after the infamous Zepplin airships in World War One.

So what’s the story? The dumplings, created to feed hungry workers throughout the Baltic country’s freezing winters, were originally known as didžkukuliai or dumbbells. In 1900, the country renamed them in honour of Count Ferdinand von Zeppelin, pioneer of the airship. They’re similar to a Zeppelin in shape, but no one really knows exactly why they were re-named.

Be sure to wash it down with a Lithuanian beer. Some of the best include Jovaru Alus, a farmhouse ale, and Ramūno Čižo Gira. 4. Lithuania has a national scent

Here’s an interesting fact about Lithuania you may not know. One of the things Lithuania is famous for is being the only country on the planet with an official scent. Yep, it’s The Scent of Lithuania. Dainius Rutkauskas and two other Lithuanian entrepreneurs developed the scent to create a positive national brand. The fragrance is made up of wildflowers, raspberry, ginger, sandalwood and musk aromas.

The team argues that while Switzerland has its chocolate and watches and England has its fish and chips, Lithuania lacks a well-known identity. They designed the £25 scent to rectify this. For the most part, it’s used by local tourist offices and businessmen to improve the image. However, the government are fans. The prime minister’s chief of staff once sent a bottle to every foreign minister in Vilnius and the defence minister even flew out 20 vials to Afghanistan to give to Lithuanian soldiers.

You can even pick up a scented candle and a set of tea lights if you haven’t had your fill. 5. Basketball is a very popular sport

It may surprise you to find that Lithuania has an incredibly skilled national basketball team, which has bagged three bronze medals at the Olympics. Not only that, but many Lithuanians have made it to the NBA’s Hall of Fame. Undoubtedly the most notable being Arvydas Sabonis who is famous for being one of the best European basketball players of all time.

It wasn’t until the 1920s that basketball made its way to the small Baltic nation. Known as the ‘grandfather of Lithuanian basketball’, Pranas Lubinas was one of the most important individuals in the history of Lithuanian basketball.  He coached the Lithuanian International basketball team to victory in  1937 and 1939 EuroBasket, where they won gold. During the Soviet regiment, it won two Olympics, three FIBA World Cups and 13 EuroBasket gold medals. After independence in 1990, the Lithuanian national basketball team played every single Olympics game. Only three other nations have also achieved this.

If you’re looking to catch a game of the famous sport, head to Vilnius and Kaunas arenas. In winter, autumn and spring, international club matches take place weekly. Summer is usually holiday time for players. 6. Lithuania was the last country in Europe to convert to Christianity

Lithuania was the last nation in Europe to adopt Christianity in 1387. That’s almost 1000 years after the official conversion of the Roman Empire. Prior to that time, Lithuanians primarily practised Romuva, an indigenous pagan religion. Today an overwhelming amount of Lithuania identifies as Christian, however, many pagan traditions are still in place with many younger Lithuanians looking to revive their roots.

In fact, folk religions are booming. Between the 2001 census and the 2011 census, people identifying as ‘Baltic faith’ leapt from 1,270 to 5,118. The modern revival really picked up pace under Jonas Trinkunas leadership years, following Lithuanian independence. Thousands of people attended his ceremonies. The modern-day Romuva movement has tried a number of times to re-establish paganism as an official religion protected by Lithuanian law. 7. It was once the largest country in Europe

It’s true, by the end of the 14th century, Lithuania was the largest country in all of Europe and one of the continents most powerful empires. This was because present-day Belarus and Ukraine, in addition to large swathes of Russia and Poland, were part of the Grand Duchy of Lithuania. In 1569 Lithuania and Poland formally united under one dual state called the Polish-Lithuanian Commonwealth.

Lithuania has a long history of occupation, besides a very brief period of independence from 1918 to 1940. From 1795 Lithuania was occupied by the Russians, then the Germans during World War II and then the U.S.S.R from 1944.

Nowadays Lithuania takes up around the same space as West Virginia in the USA, however, its history and culture through the ages still shine. 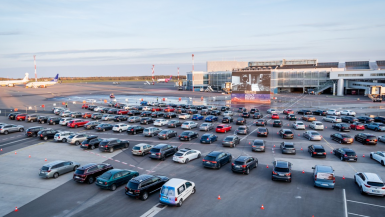 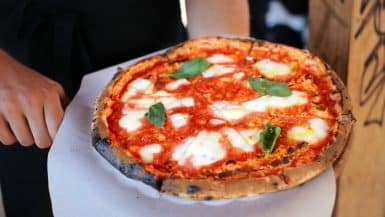 The 7 Best Places For Pizza In Lithuania 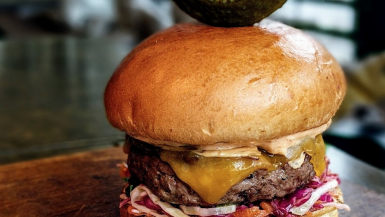 The 7 Best Burgers In Lithuania 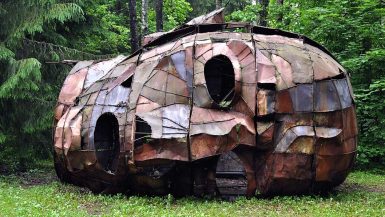 The 7 Most Instagrammable Spots In Lithuania

7 of the best things to do in and around Squamish, BC
15 hours ago

How to travel around Vietnam
15 hours ago

7 Interesting Facts About Cardiff
16 hours ago

The Best Places for Snorkeling in Grand Cayman
19 hours ago