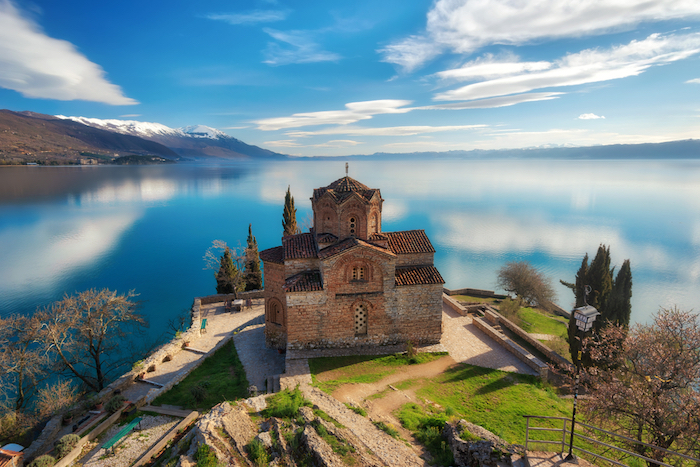 Located on the Balkan peninsular, North Macedonia is rich in ancient Greek, Roman and Ottoman heritage. Until recently, it was officially known as the Former Yugoslav Republic of Macedonia because Greece had already claimed the title of Macedonia for one of its northern regions. Today, that’s all been resolved with the addition of ‘North’ to the country’s name. Landlocked between Kosovo, Serbia, Bulgaria, Greece and Albania, you won’t find any beaches but you will find over 50 lakes and 34 of the world’s tallest mountains. There’s hardly any tourist infrastructure here, which means not many people know an awful lot about the country either. Piqued your interest? Here are a few interesting facts about North Macedonia to get you started.

1. It’s home to one of Europe’s oldest lakes

Lake Ohrid is one of the oldest and deepest lakes in Europe, estimated to be around 4 million years old. It has a mean depth of 155 metres (508 feet) and a maximum depth of 288 metres (940 feet), containing over 55.4 km³ of water. It shares its shoreline with Albania too. There are over 200 endemic species here, as well as rare and threatened species such as the Dalmatian pelican, ferruginous duck and eastern imperial eagle.

It’s one of the country’s most enchanting destinations. The town, Ohrid, is a maze of steep streets tumbling down to the lake. The busiest time to visit is July and August – outside of those months, it’s all locals.

2. … as well as one of the world’s oldest observatories

Kokino Observatory dates back over 3,800 years,  making it one of the world’s oldest observatories. If you’re sceptical, don’t be – NASA officially recognises the observatory. Researchers found the site in 2001, as part of a wider excavation of a Bronze Age settlement just outside the villages. The giant stones, arranged in intriguing patterns, are located at an elevation of over 3,300 feet. They were used to track the patterns of the sun and the moon.

Unesco has inscribed it on its “tentative” list of protection. 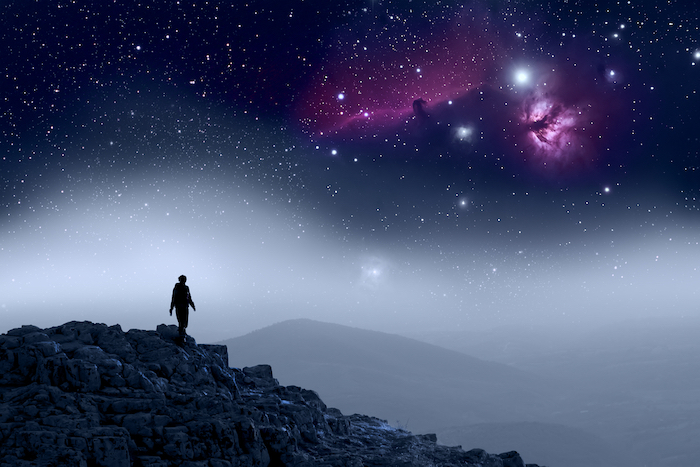 The ancient kingdom of Macedon dates back to 909 BC, mostly ruled by the founding dynasty of the Argeads. It’s so old, that some also hold that the foundations of three of the country’s oldest monasteries – St Bogodorica Prechista in Kichevo and St Jovan Bigorski and St Georgij Pobedonosec in Debar – sit on part of Jesus’ crucifixion cross. Skopje is at least 7,000 years old.

Despite its age, there is only one Unesco World Heritage Site in North Macedonia – Ohrid and the lake. It does count as both a cultural and natural inclusion though, which is a pretty mean feat. 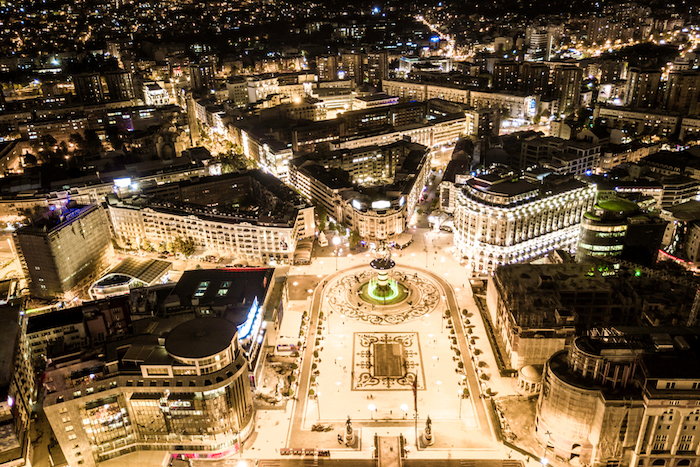 4. There are a lot of churches

There are over 1,000 churches and monasteries across the country. Ohrid once had 365 churches, one for each day of the year – which explains how it got its nickname as the Jerusalem of the Balkans. 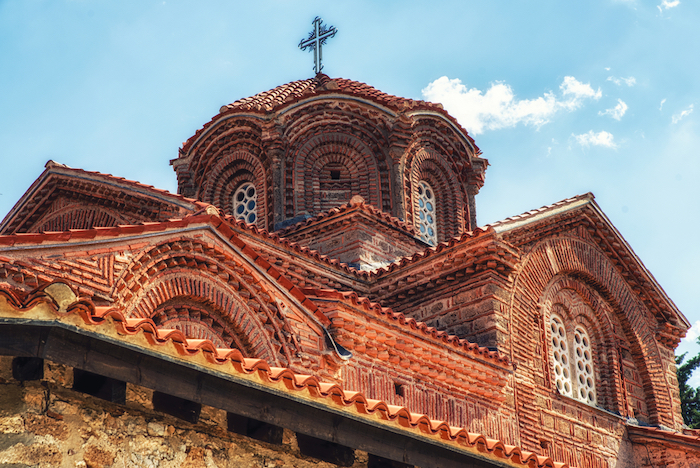 5. For a while, it had the best WiFi in the world

In 2005, Macedonia became the first wireless country in the world. In just four years, the country transformed from one of the poorest countries in Europe to one of the most technologically advanced.

Foreign governments, USAID and commercial sponsors poured money into the scheme, which connected every single school in the country to wireless broadband. Some of these rural schools didn’t even have a telephone before this. The broadband wireless network covered a record-breaking 95% of the population. The network used Motorola technology, as well as WiFi hotspots to bring high-speed internet access to schools and villages.

Former president, Boris Trajkovski, was a huge advocate for the scheme and believed that it was essential for children to learn modern IT skills. In 2002, on a state visit to China, he secured a grant to equip the country’s schools with Chinese-made computers. 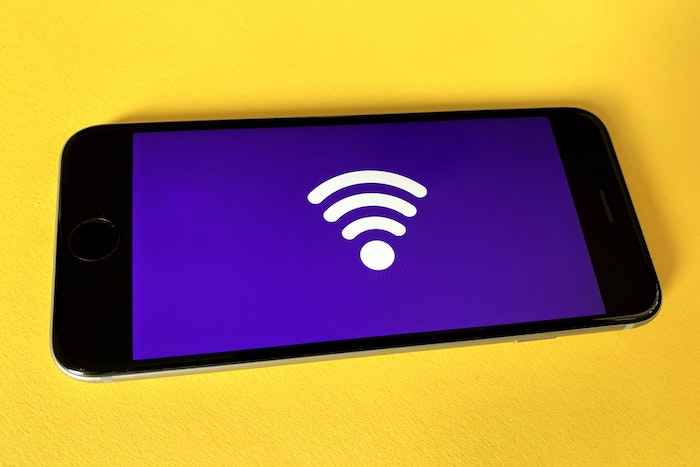 6. It invented the Cyrillic alphabet

The Cyrillic alphabet, the writing system used in countries across Eurasia and as the national script in Slavic, Turkic, Mongolic, Uralic and Iranic-speaking countries in Southeastern Europe, came from Macedonia. Two Macedonian brothers – St Cyril and St Methodius – developed the alphabet in the 9th century. Their disciples continued to teach it at the monastery in Ohrid. From here, it then spread across the eastern Slavic world. 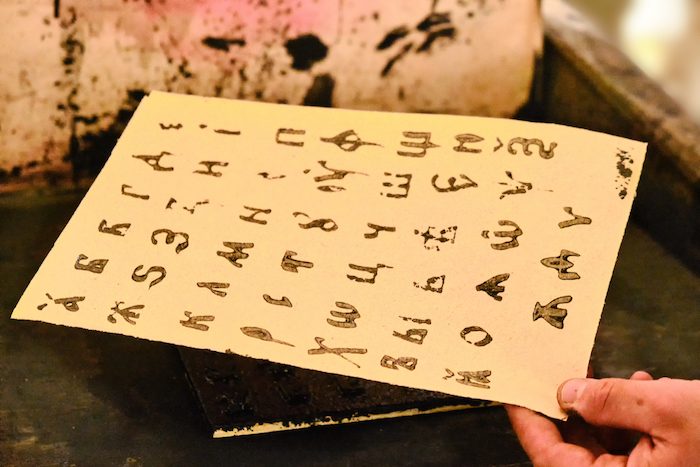 7. It has dibs on Alexander the Great

Remember Alexander the Great, the world’s first conqueror? The one who built the largest empire the ancient world had ever seen, all the way from Greece and Persia out to India and Egypt? He was the King of Ancient Macedonia. Awkwardly, Greece also claims his legacy, since the geographical borders of the two countries have changed dramatically since BC. They won’t be resolving the ongoing dispute anytime soon though.  There’s even a huge statue in Skopje’s central square called ‘Warrior on a Horse’ that bears an uncanny resemblance to the ancient king, though no one has officially declared it as such. It costs an estimated €9.4 million,  measures 28 metres (92 feet) high and weighs 30 tons.