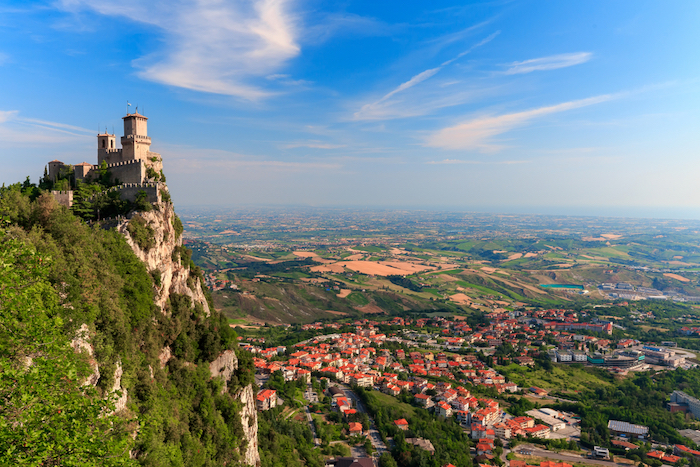 At 61.2 square kilometres (24 square miles), San Marino is the third smallest country in Europe and the fifth-smallest in the world.  Put into context, that’s around half the size of Washington DC. It’s situated on the slopes of Mount Titano, nestled in the heart of Italy between Emilia-Romagna and Le Marche. It claims to be the world’s oldest republic; Saint Marinus of Rab – a Christian stonemason fleeing persecution –  founded the state in 301 AD. San Marino’s constitution also dates back to 1600, making it the world’s oldest written constitution still in effect. So how did this medieval microstate come to be – and how has it survived? Interested in finding out more about the stamp-sized nation? Here are some of the most interesting facts about San Marino that you probably won’t have heard.

Plenty have tried, but this tiny, defenceless microstate has never been beaten. The Lords of Urbino failed in the fourteenth century, the Borgia family failed in the sixteenth century and it managed to avoid being swallowed up by the Papal state. Even Napolean left it alone. When troops invaded Italy in the nineteenth century, Napolean agreed to keep San Marino’s autonomy and provided economic successions. It was helpful for him to have a political body in the republican government.

The three iconic towers in the Old Town bearing the national crest are a symbol of the Republic’s resilience.

2. Abraham Lincoln was an honorary citizen

In 1861, the President of the United States responded to an admiring letter to the world’s smallest republic. At this point in history, there had been a handful of attempts to build republics across Europe, but most were short-lived. After Lincoln was inaugurated, the government of  ‘the Most Serene Republic of San Marino’ wrote him a letter expressing a desire to form an alliance and an offer of honorary citizenship.

In his response, he accepted the offer and wrote: “Although your dominion is small, your State is nevertheless one of the most honoured, in all history.  It has by its experience demonstrated the truth, so full of encouragement to the friends of Humanity, that Government founded on Republican principles is capable of being so administered as to be secure and enduring.” 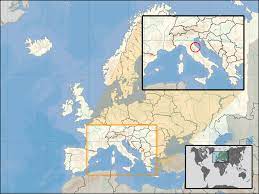 3. It’s rich but not expensive

One of the most interesting facts about San Marino is that unlike most other diminutive states in Europe (Monaco, Luxembourg – we’re looking at you), San Marino has a relatively high GDP but a comparatively low living cost. Food and transport are fairly affordable; a bottled beer will set you back a couple of euros, a scoop of ice cream costs 1 euro and a bus ticket costs two euros. Even rentals are reasonable– a one-bedroom apartment in the city centre costs around 550 euros per month.

San Marino’s per-capital is around $48,000, making it the 15th richest country in the world. Its free-market economy focuses on banking, tourism and the manufacture of ceramics, clothes, furniture and wine.

San Marino is still a well-kept secret. The latest data from the UN World Tourism Organization revealed that San Marino was the least-visited country in Europe in 2019. It receives an average of two million tourists per year. The entire nation received 11 times fewer visitors in 2018 than Florence did in the first three months of 2019.

Given its lush vineyards, bucolic rolling hills and romantic restaurants, we can’t fathom why. 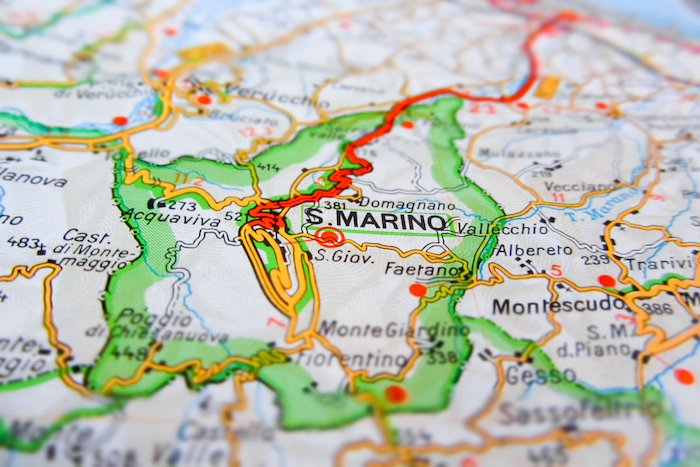 San Marino isn’t a well-established participant in the Eurovision song contest, the international annual song competition which features participants from across Europe. The country has participated in the show 11 times, debuting in the 2008 contest. San Marino didn’t participate in 2009 or 2010 for financial reasons and didn’t qualify for the subsequent four.

But in 2021, they made a bold move to secure their spot in the contest by bringing chart-topping rapper Flo Rider to the stage. The singer, best known for hits including ‘Low’, ‘Club Can’t Handle Me’ and ‘Good Feeling’ performed with the San Marino entry Senhit on the song ‘Adrenalina’.

Host of the contest Graham Norton cuttingly joked: “Yes that is Flo Rida, the multi-million selling rapper. I don’t know why he’s here”. Viewers were equally baffled, taking to Twitter with comments like: “Can’t believe we’re closing with Flo Rida how did San Marino pull that out the bag?” and “Seeing Flo Rida reminded me of when Coolio started showing up at random parties in the nineties”. 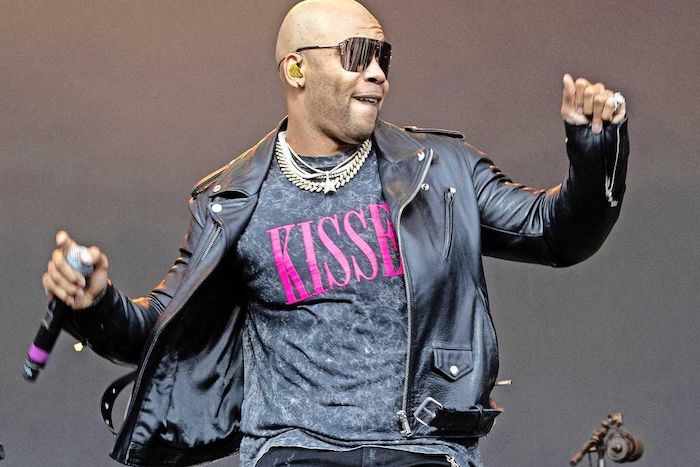 6. It has one of the world’s oldest postal services

San Marino’s postal system dates back to 1607 when a paid postal service opened to residents. The first postage stamps in the Republic appeared in 1877 .

7. There are more cars than people

With 1.6 cars per person, San Marino is the only country in the world with more cars than people. That’s a lot for a population of 34,000 and a landmass of 61 square kilometres (24 square miles). To put that into context, it’s roughly the same number of registered vehicles as Belize, which is 400 times as large. But before you write it off as a nation of gas-guzzlers, this doesn’t mean that all of those registered cars are parked up in San Marino. There’s no 22% VAT in San Marino, which makes it a tax haven for the rest of Italy and Europe. You can expect to pay around 3.5–7% tax on your car in San Marino, which slices off a significant amount of cash. So, unsurprisingly, many register their cars in San Marino and drive them over the borders. 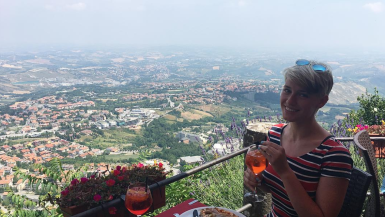 The 7 Most Instagrammable Spots In San Marino

The Best Places for Snorkeling in Belize
19 hours ago

How Long Did It Take To Build Rome?
19 hours ago

The 7 Hottest Places in Italy
19 hours ago