Sun-kissed Senegal is located at the westernmost point of Africa in the Atlantic Ocean. Squeezed between Mauritania to the north, Mali to the east, and Guinea and Guinea-Bissau to the south, the country is recognized as one of the region’s model democracies. But while the country has enjoyed a stable government and civilian rule since gaining independence in 1960, European powers fought over the country for decades. Looking to learn more about this captivating country? From seashell islands to Africa’s tallest statue, here are a few interesting facts about Senegal that might surprise you.

1. Senegal is home to a tiny car-free island made from seashells

Joal-Fadiouth, in Mbour, is an entire island built from millions of clam shells accumulated over generations. Located at the far end of Petite Côte, Joal is a sleepy fishing village on the mainland while Fadiouth is a small island linked by a 400-metre wooden footbridge. For more than a century, its inhabitants have harvested molluscs and used the empty shells to make the island. Roots from the mangroves and reeds hold the structure together. The island is best known for its cemetery, which is also made entirely from shells. 2. Senegal was once home to the largest slave-trading centre on the African coast

The UNESCO-listed island of Gorée sits 2.1 miles (3.5 km) off the coast of Senegal. It was the largest slave-trading hub on the African coast from the 15th to the 19th centuries. European nations prized it because of its strategic location between the North and the South, which provided a safe haven for anchored ships. The 28-hectare island still features fortresses, slave-quarters and former slave trader houses.

It was nicknamed ‘Door of No Return’ due to the millions of Africans shipped from here every year to a life of slavery in the Caribbean and the Americas.

In fact, only South Africa, Ethiopia, Morocco and Tunisia have more UNESCO Heritage Sites in Africa. 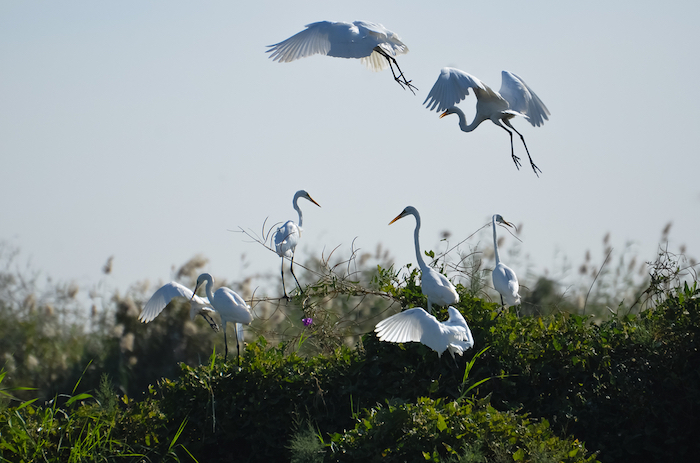 The African Renaissance Monument soars 49 metres (160-ft) high above the Senegalese capital. That makes it the tallest statue in the whole of Africa. A Senegalese architect designed the statue, then a North Korean construction company built the monument for an estimated $27 million

5. Killer hippopotamuses live in the rivers of Senegal

On the waters of Gouloumbou in eastern Senegal, killer hippopotamuses have mauled 25 fishermen to death in the past decade, as well as injuring many more. For years, Gouloumbou villagers and the giant-jawed mammals lived together peacefully. Culling them is illegal, since they are a protected species, but they are destroying the local fishing industry. Senegal has historically been overlooked by surfing crowds — but not for much longer. The Almadies peninsular in Dakar is the most popular surf spot, boasting powerful waves and big swells. It was used as a filming location in the 1965 surfer movie, The Endless Summer.

Even the sheep surf in Senegal. Every Sunday on the beaches of Dakar, shepherds bring their flocks to engage in a cleansing ritual that involves washing the sheep, giving them a manicure and encouraging them to take a dip in the sea.

7. Senegal is home to a pink lake

No, there are no nasty chemical spills behind it either. Lac Rose, located around an hour’s drive from the capital city, is famed for its vivid pink colour. The lake is extraordinarily high in salt content too, ten times saltier than the average ocean and comparable only to the Dead Sea. The lake’s high salt content attracts Dunaliella Salina Bacteria, which causes the pink colour. The non-harmful bacteria produces a reddish pigment to absorb the sunlight, which is particularly visible during the dry season from November to June. 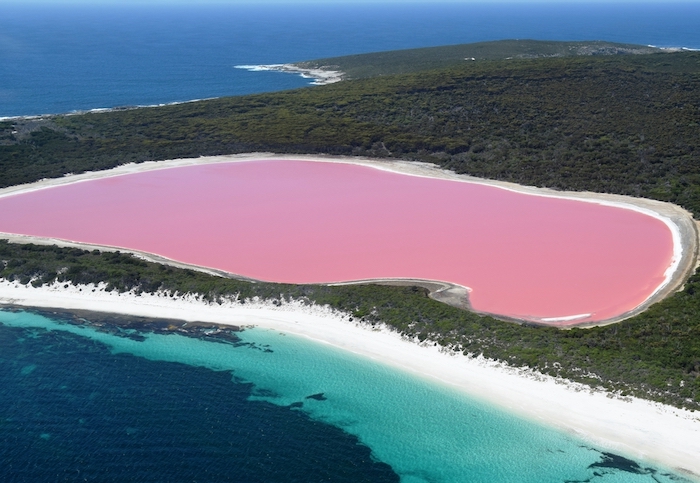 The 7 Most Instagrammable Spots In Senegal