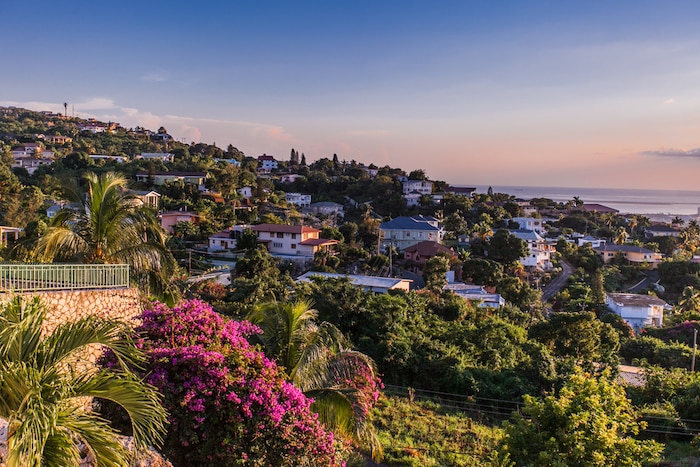 7 Interesting Facts About Saint Vincent and the Grenadines

Floating in the heart of the Caribbean sea, the idyllic island chain of Saint Vincent and the Grenadines is beloved for its palm-fringed white sand beaches and year-round sunshine, but unlike some of the region’s other islands, it hasn’t been exploited by tourism. Planning a tropical island getaway? From black sand beaches to the oldest botanical garden in the Western Hemisphere, here are a few interesting facts about Saint Vincent and the Grenadines to brush up on before you set off.

Interesting Facts About Saint Vincent and the Grenadines

Spread across an area of 33 sq. miles (86 sq. km), Saint Vincent and the Grenadines is a chain of 32 islands and cays, but only nine of these are inhabited and open to the public. The Grenadine islands sit between Saint Vincent and Grenada. Bequia is the largest of the nine islands.  There are also several privately owned islands, such as Calivigny. 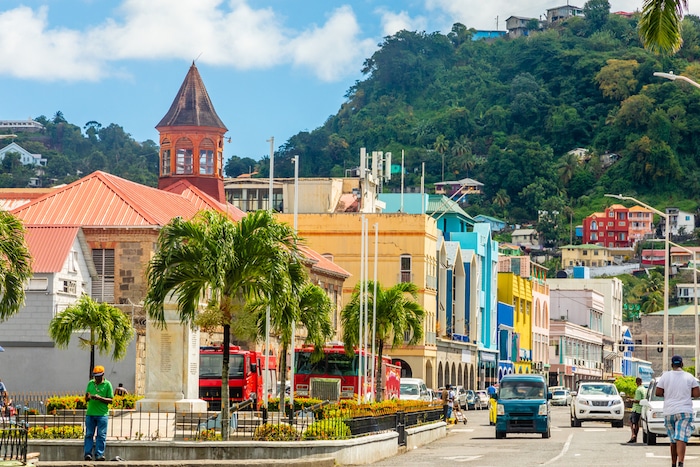 2. Saint Vincent and the Grenadines is home to the oldest botanical garden in the western hemisphere

St Vincent and the Grenadines Botanic Gardens is the oldest botanical garden in the Western hemisphere. Commissioned in 1765, the gardens started life as six acres dedicated to facilitating botanical studies. Unlike many other projects, the British never funded the building of the gardens. Robert Melvill, the Scottish soldier and botanist, privately funded the project during his tenure in the Windward Isles. At the beginning, it contained around 52 plant species. 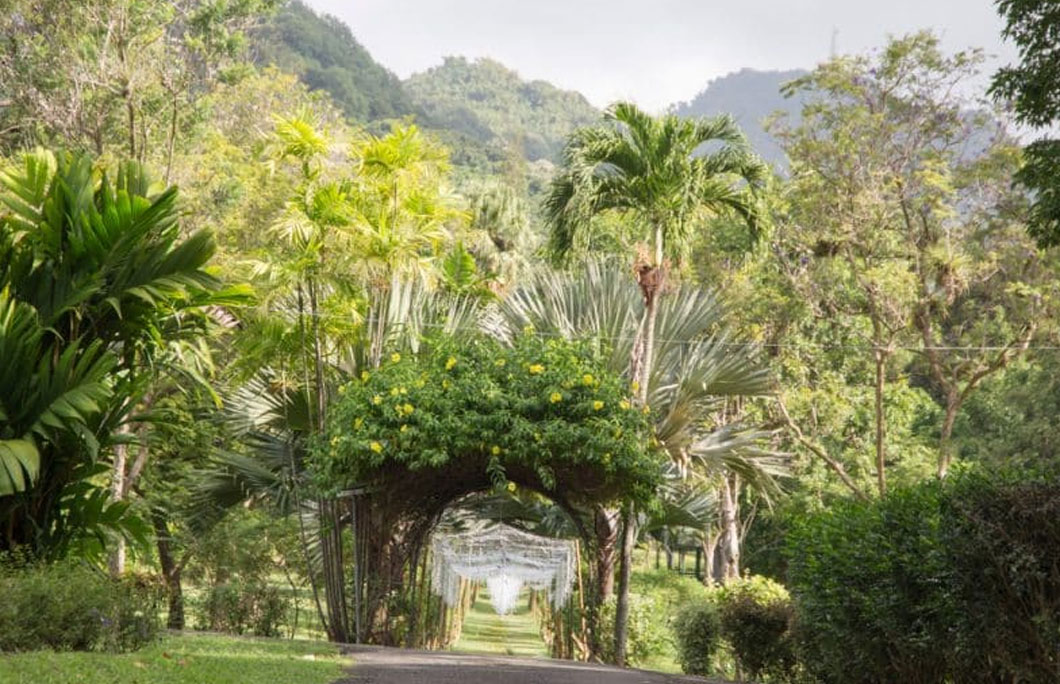 Saint Vincent was originally Youloumainby in honour of the spirit of rainbows. The native Caribs, who lived on the island long before the arrival of the Europeans, were the first to name the island. In 1498, Christopher Columbus and the Spanish conquistadors landed on the island, though largely ignored it in the pursuit of gold in Central and South America. He named the island after Saint Vincent of Saragossa, whose feast day coincided with his landing.

The Spanish made no attempt to settle the island, until in 1719 when the French (from nearby Martinique) began to grow tobacco, cotton, sugar cane and coffee on the island, fuelled by the slave trade. In 1763, the Treaty of Paris gave France gave Britain control over the island. They re-took it in 1779, but the British regained it under the Treaty of Versailles in 1783. In 1871  it became part of the Windward Islands Colony and in 1956 a member of the Federation of the Windward Islands. In 1958 Saint Vincent joined the Federation of the West Indies. It got self-government in 1969 and finally became an Independent Sovereign State within the Commonwealth in 1979. 4. Kingston is known as the City of Arches

Saint Vincent’s colourful capital Kingston is nicknamed “The City of Arches” due to the number of stony arches dotted around the city. There are around 400 arches peppered across the city.

5. The waters surrounding Saint Vincent and the Grenadines are teeming with marine life

St Vincent and the Grenadines is bursting with underwater life, with hundreds of species of reef fish, eagle rays, sting rays and sea turtles. It’s one of the best spots to go snorkeling in the Caribbean too. Some of the most common species including Queen angelfish, the French angelfish, blue tang and banded butterflyfish. You can spot sea turtles out in the Tobago Cays too. 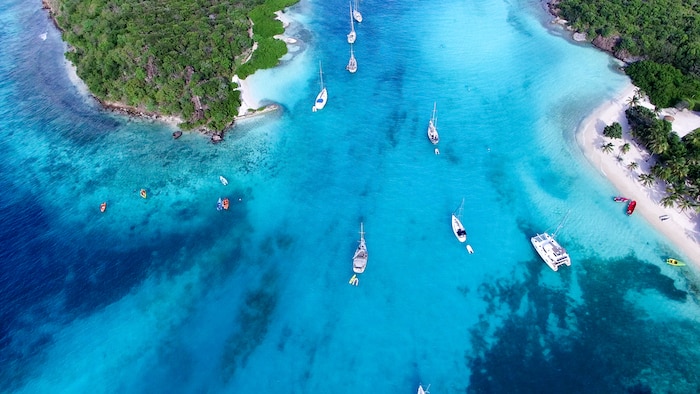 6. Saint Vincent and the Grenadines has an active volcano

La Soufriere, which soars 1,234 metres (4048 ft) high, is an active volcano located in Saint Vincent. Meaning “Sulphur Mine”, it has erupted five times since the 18th century. It last erupted in April 2021, promoting the evacuation of thousands of people. The country’s largest volcanic eruption occurred in 1901, wiping out a significant proportion of the indigenous Carib people. 7. Not all the beaches in Saint Vincent and the Grenadines are white sand

Saint Vincent and the Grenadines are renowned for their white sandy stretches. There’s a reason directors chose to film three of the Pirates of the Caribbean movies here after all. But Saint Vincent is actually a volcanic island. It’s the only island in the Grenadines with black sand beaches. For instance, at Rawacou Recreation Park, the Atlantic surf crashes into striking black sand beaches. Not all of the island is so proud of this unique topography though. For instance, five star resort Buccament Bay Resort, has actually imported white sand to cover the black sand. 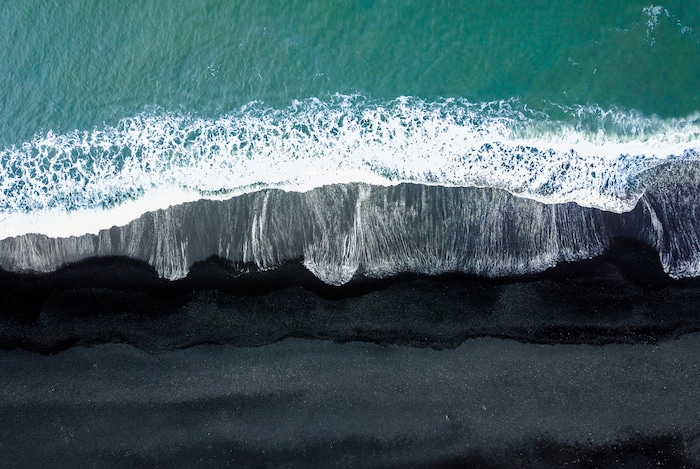 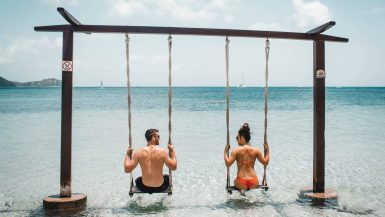