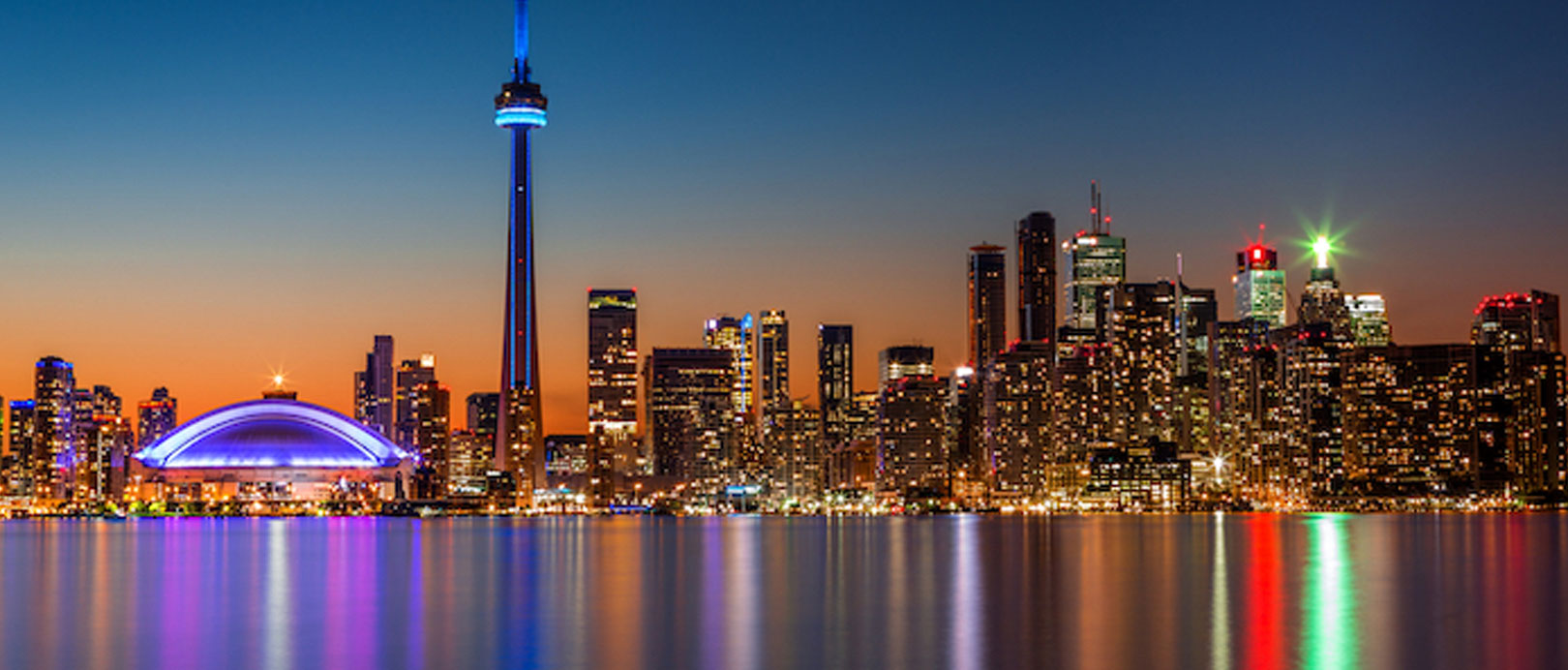 The CN Tower is one of the Seven Wonders of the Modern World. Over 1.5 million people visit the legendary landmark in Downtown Toronto every year to take in the breathtaking views or to dine in the clouds. Completed in 1976, the 554.44 metre (1,815-feet) high communication platform was once the tallest tower in the world. Canton Tower took the title in 2007, but it’s still the tallest free-standing structure in the Western Hemisphere. It has other impressive attributes too, like the fact that it’s almost perfectly straight, off by just 1.1 inches. Looking to learn a little more about Toronto’s most famous landmark? Here are a few interesting facts about the CN Tower

Interesting Facts About the CN Tower

The 1960s saw a huge construction boom in Toronto, sprinkling the skyline with new skyscrapers. But these buildings caused serious issues for the transmission towers, which weren’t high enough to broadcast over the new buildings. The CN Tower was designed to solve the communications problems. It was an ambitious project though, taking 1,537 workers working 24 hours a day, five days a week, around 40 months to build the CN Tower. Construction cost an eyewatering CA $63 million.

It first opened to the public on June 26, 1976, serving 16 Canadian TV and FM stations. Today people in Totonto still enjoy some of the clearest reception in North America.

2. It can take a lot of weight

It might not look all that sturdy at first glance, given its skinny size, but the CN Tower can take an awful lot of weight. The 342 metres (1,22 feet) high Glass Floor is five times stronger than standard commercial floors and can withstand the weight of 35 moose – or five hippos. 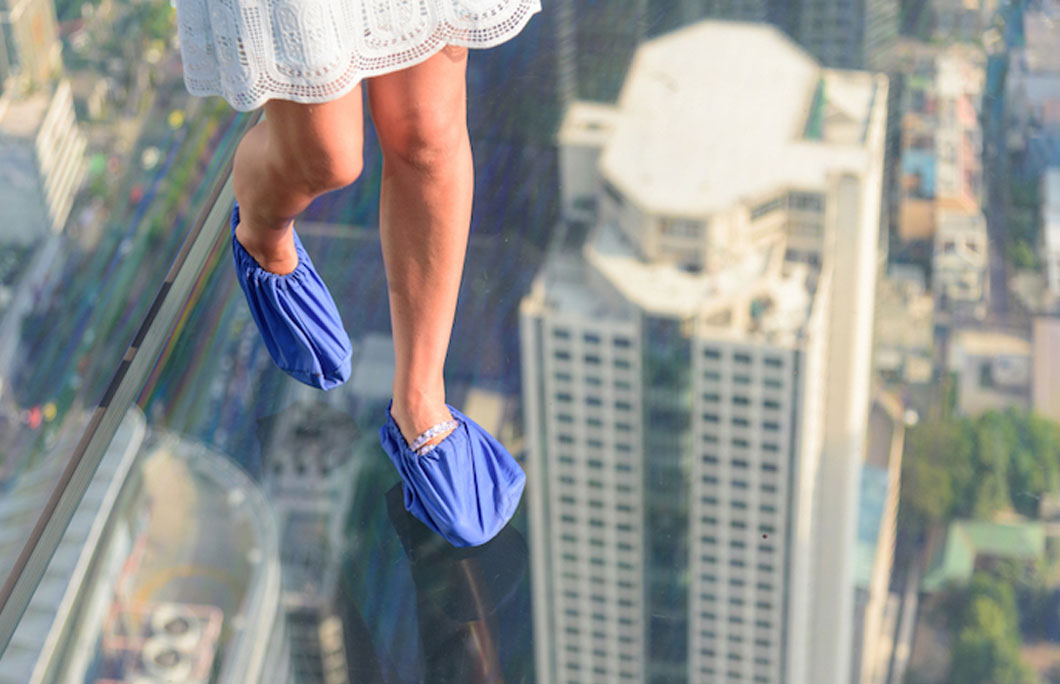 The CN Tower’s intelligent LED illumination light system featuring 1330 LED lights that produce 16 different colour combinations. Low-maintenance, energy-efficient and cost-effective, the lights can also be controlled and directed, which means the tower changes colour a lot. It turns red and pink for Mother’s Day, blue in solidarity with health care and other essential workers and when any major league teams reach the playoffs, the CN Tower illuminates in the team colours. The tower changes colour to mark a whole roster of Awareness Days too (you can check out the lighting schedule here), as well as for major world events and crises.

4. You can take the stairs if you really want to…

… But only twice a year. In mid-spring, you can embark on the CN Tower Climb challenge and spring up 144 flights of stairs, consisting of 1,776 steps. All fees are donating to charities dedicated to solving environmental challenges. Money goes to the World Wildlife Fund of Canada, the other for United Way of Greater Toronto. It’s surprisingly popular too, raising over $2.5 million from well over 20,000 participants every year. Built in 1997, the Wine Cellar in the Sky holds the Guinness World Record for ‘world’s highest wine cellar’. Floating 351 metres (1151 feet) above Toronto, the cellar can hold up to 9,000 bottles. Inside, the cellar is kitted out like a typical wine cellar, complete with redwood racks, double cherry doors and large tasting tables. Wine is stored at 13 degrees Celcius and 65 per cent humidity, with a two-and-a-half tonne, state-of-the-art cooling system in the ceiling. It’s no gimmick either; the cellar stores more than 500 different wines from across the world. It even received the Wine Spectator magazine’s Best of Award of Excellence (two goblets) for its wine list a few years ago. 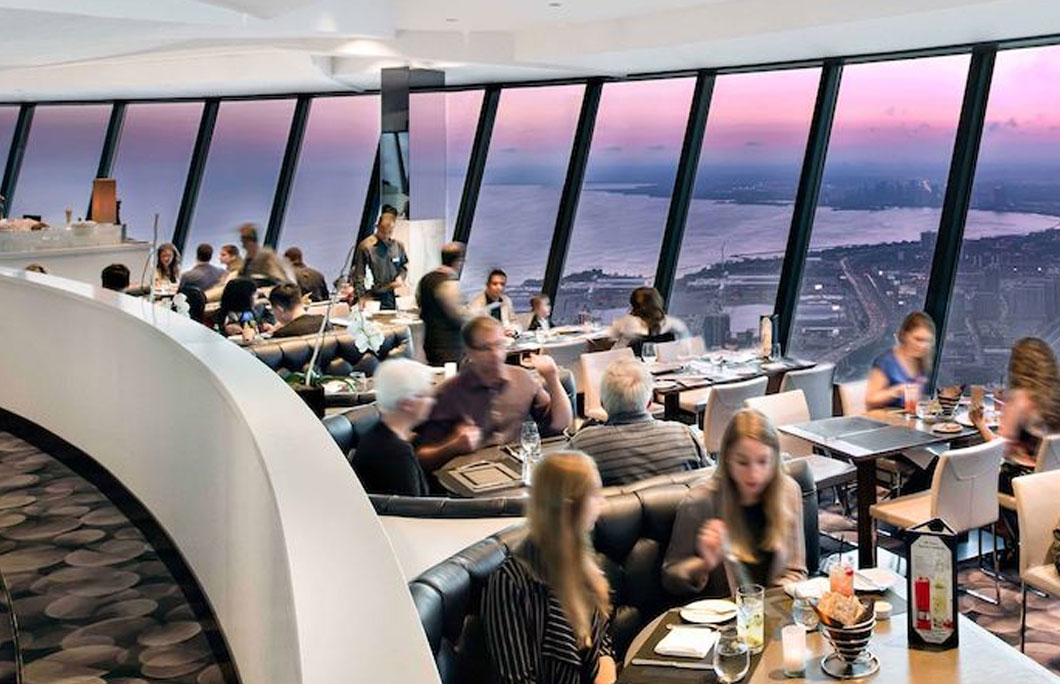 According to meteorologists, the CN Tower gets hit by lightning between 75 and 80 times per year. It can often exceed this though – in August 2011, it was hit 52 times in just 84 minutes. The tower is well prepared for a lightning strike though, thanks to the series of copper strips running the length of the tower which allow electrons to pass easily. These strips then feed into massive grounding rods buried underground, so that when lightning strikes the electrical discharge runs through the wires and diffused into the ground. It’s safe to visit when lightning strikes too – the copper strips are so effective that you wouldn’t even notice being hit. 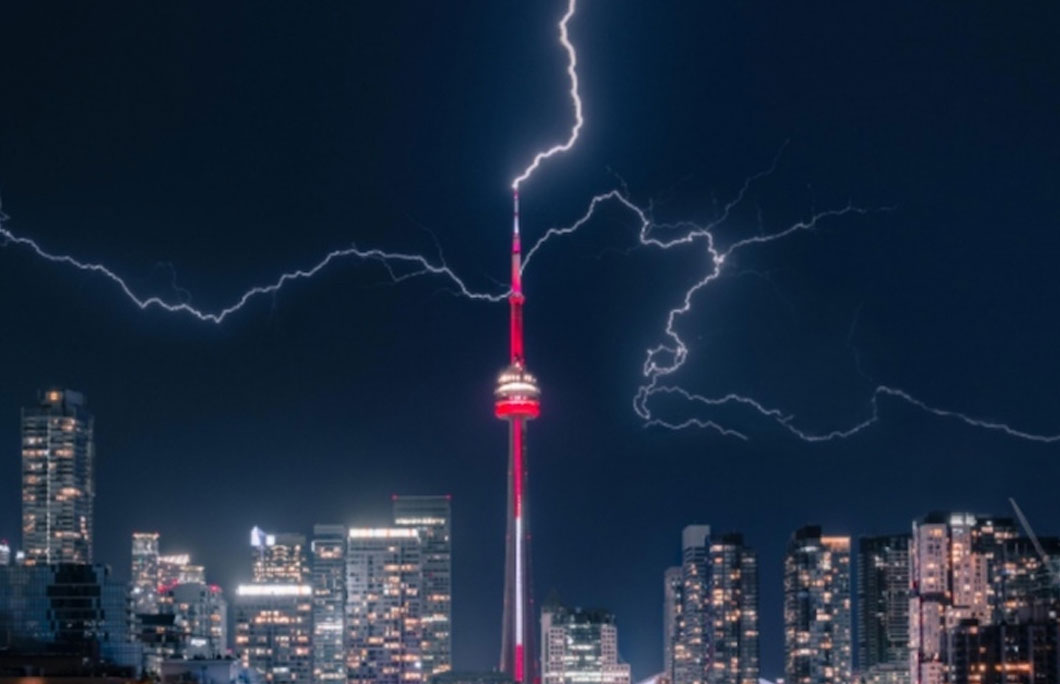 7. The views are mind-boggling on a clear day

Head to the Observation Deck on a clear day, and you’ll get to see up to 100 miles (160 kilometres) out to Niagara Fallas, Lake Ontario and all the way to New York State. With the CityPASS you can access the CN Tower’s Glass Floor and outdoor SkyTerrace, as well as an adrenalin-filled ride up to the LookOut level, which has floor-to-ceiling window walls. If you’ve got a head for heights, head 33 stories higher up to the CN Tower SkyPod.

Daredevils can also give the Edgewalk a go too. The thrilling new experience involves harnessing up to the overhead safety rail on top of the 360 restaurants and walking hands-free along the circumference of the tower. Nail-biting stuff. 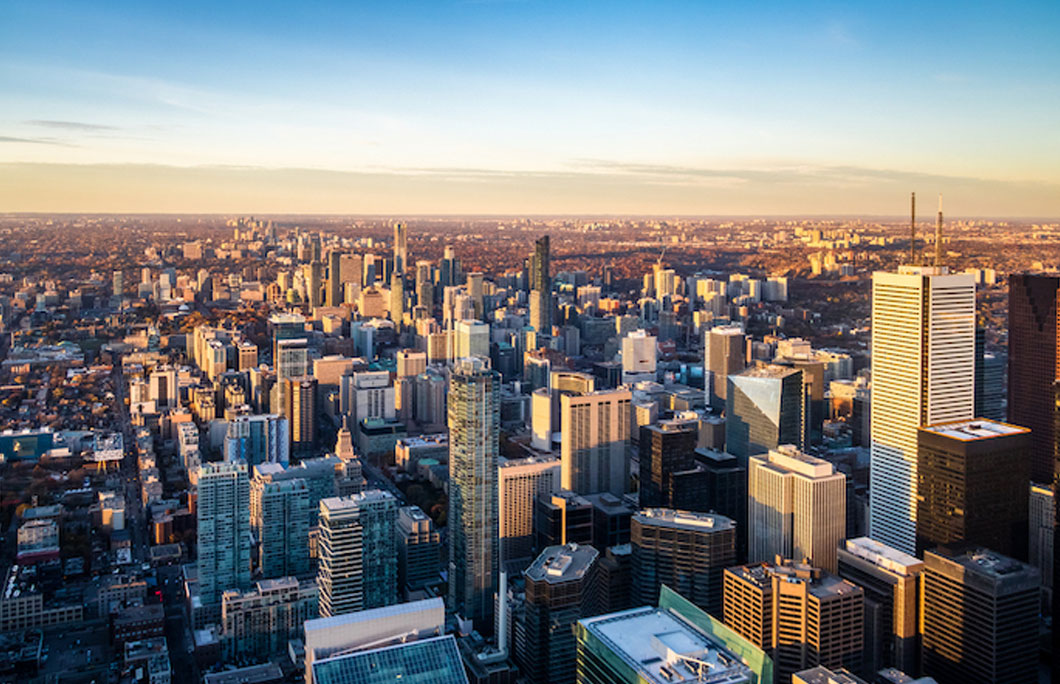