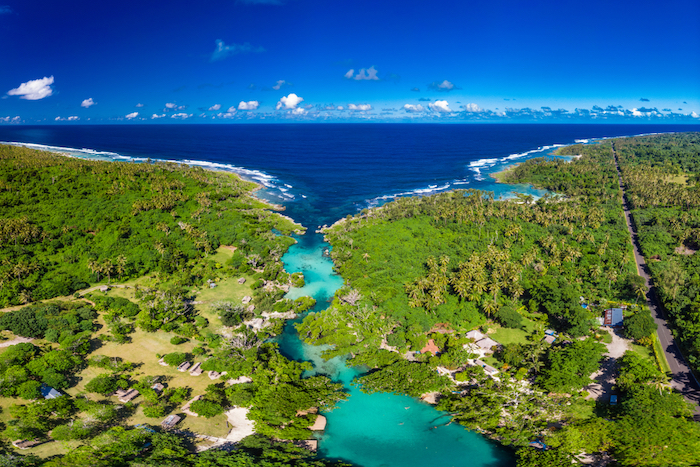 Shaped like a slingshot, Vanuatu sits nearly 2,000km ( 1250 miles) east of Australia, right in the middle of the Pacific Ocean. It’s easier than ever to get there, with a handful of airlines operated a few times a week but up until around a decade ago this tropical getaway was well off-the-beaten-track. It’s still a relatively well-kept secret though, bursting with deserted beaches, indigenous and ancient culture and remote diving sites. More than 80 islands make up the archipelago, home to a population of little more than 250,000 people. Want to find out more about ‘Our Land Forever?’ Here are interesting facts about Vanuatu to get you started.

In fact, there’s a Tana Island tribe that worships Prince Philip. It all began in 1974 when Queen Elizabeth and Prince Philip visited the island. An ancient prophecy tells of an ancient mountain spirit taking the form of a white man, travelling abroad to marry a powerful woman and eventually returning to the island. When Chief Jack Naiva, a warrior and peddler of the canoe that greeted the royal yacht, set eyes on Prince Philip, he became convinced this was the man. He began a movement, which now even has its own Facebook page.

In an interview, Naiva said: “I saw him standing on the deck in his white uniform […]I knew then that he was the true messiah.” They’ve since exchanged gifts, signed pictures and kept in touch over the years.

On the tiny Vanuatu island of Pentecost, when the yam crop emerges in April the locals build 20-30 metre towers. When they’re all ready, village boys and men will perform a ritual known as Nanggol. They attach vines to their ankles and dive into the crops – a precursor to bungee jumping. In some videos capturing the leap, you can hear the diver scrape the ground. The country has actually even sought royalties from outdoor adventure companies for stealing their tradition. As of 2020, the issue is now inscribed into Vanuatu’s laws, with a bill to protect Vanuatu’s traditional knowledge by explicitly mentioning the Nagol jump of south Pentecost, and its “resemblance” to bungee jumping.

3. It’s home to the world’s most accessible volcano

Mount Yasur, located on Tanna Island, is the most accessible active volcano in the world and a must-visit if you’re travelling to the island. The mountain is filled with molten rock and you can actually peer over the rim of it. The drive to the rim is an exhilarating experience alone, though steaming black ash fields.

The volcano’s glow was what apparently initially attracted Captain James Cook to the island in 1774. Today, it’s a sacred area for the John Frum cargo cult. Members of the cult worship John Frum, who was a deified messager that foretold the bringing of wealth to the island by American forces. Cannibalism was practised on the island until relatively recently. Most anthropologists argue that the last recorded cannibal killing took place in 1968. In 1839, the first two British missionaries dispatched from the London Missionary Society were killed and eaten on Martyrs’ Island (now Erromango island).

You can actually visit an old cannibal oven too. While most Vanuatu islands first had contact with Europe in 1606, Maleula was isolated until well into the 20th century, so the indigenous traditions were much better preserved. The site is a 30-minute trek uphill from Walarano village. Inhabitants also buried their chiefs on the site. There’s a ceremonial performance space, the courtroom (where judges determine the captives’ fates), the kitchen and the cemetery of past chiefs. The population abandoned the site when they moved to Rano and Walo islands.

The most famous diving site is President Coolidge, a 200 metre (650 feet) shipwrecked lined off the Espiritu Santo. The ship sank in 1942 while it was serving as a troopship in World War Two when it came into contact with two American mines in Santo Harbour. The captain managed to ground the ship on a reef and all but two of its men managed to wade ashore but it sunk. There are some fascinating relics to explore on-site, including chandeliers, the swimming pool and trucks and canons.

6. It’s one of the most linguistically diverse countries on the planet

There are more than 130 languages indigenous Oceanic languages in Vanuatu – impressive for a population of 0.3 million people. But most people speak a fascinating form of pidgin English called Bislama. The creole language derives from English and is similar to Tok Pisin in Papua New Guinea. Prince Charles, for instance, is  “nambawan (number one)pikinini blong kwin (queen)”.

Out of the three official languages, Bislama is the most spoken in Vanuatu, followed by English, and lastly French. Interestingly, Vanuatu is also one of 45 countries from around the world where half of the population speak English. 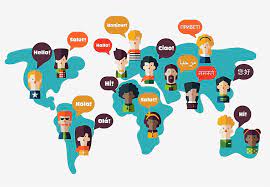 7. It’s one of the happiest countries in the world

Vanuatu certainly isn’t the richest country in the world, but it is in smiles. According to the Happy Planet Index, Vanuatu is ranked among the four happiest nations in the world and the happiest outside the Americas. The rankings take into consideration life expectancy, inequality, wellbeing and ecological footprint. It has no military, a GDP per capita 20 times smaller than neighbouring Australia and higher well-being than people living in Japan. The index attributes this to its tight-knit social communities, which meet often to discuss community matters.

The country also ranks as one of the most dangerous countries in the world, in terms of natural disasters. It’s poised over the ‘Ring of Fire’, prone to earthquakes, floods, droughts and storms. 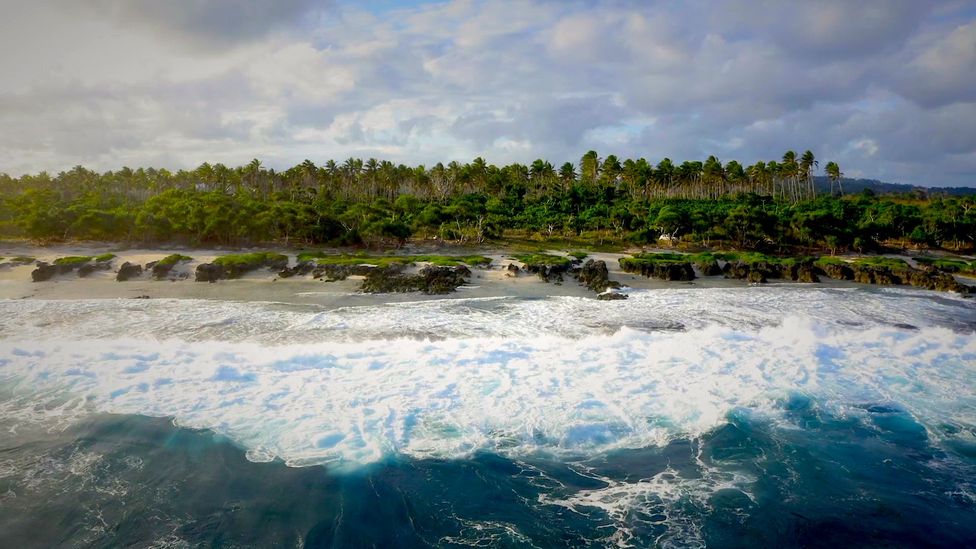