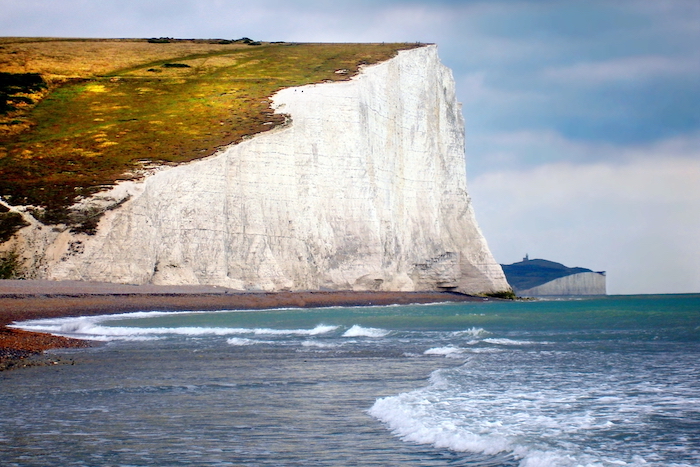 The White Cliffs of Dover have a special place in Britain‘s collective imagination. Located along a five-mile stretch of the Kent coast, at the point where the country is closest to continental Europe, the chalky cliffs are as symbolic to Brits as the Statue of Liberty is for America. They’re a symbol of home, hope and peace – and inevitably associated with World War Two. On a clear day, you can see France from them too. And while we don’t doubt that you can conjure up an image of them pretty easily, we’ll bet there are quite a few interesting facts about the white cliffs of Dover you’ve never heard before.

Interesting Facts About The White Cliffs of Dover

1. They delayed the Roman invasion

The first-ever mention of the White Cliffs of Dover describes Julius Caesar arriving at them in 55 BCE with two legions of soldiers. According to the document, Caesar caught one glimpse of the “enemy’s forces, armed” poised on the steep cliffs and decided it would be an unsuitable spot for landing.

Instead, he took the army along the coast to Deal. A year later the full-scale invasion followed. One of two lighthouses built by the Romans to help them see better during the invasion still stands by the Church of St. Mary in Deal today.

2. You can see two shipwrecks from the White Cliffs of Dover

You can see the two wrecks at the base of the cliffs from the beach in Langdon Hole. It’s the remains of an iron-screw steamer called The SS Falcon, once owned by the General Steam Navigation Company. It was carrying a cargo of hemp and matches when it caught fire and ran aground in 1926.

Just a short stroll away is the other wreck, just off the shores of Fan Bay. The German trade vessel, Preuβen, was the largest of five-mast, full-rigged ship ever built. It miscalculated its speed and collided with the R.M.S Brighton in November 2010. 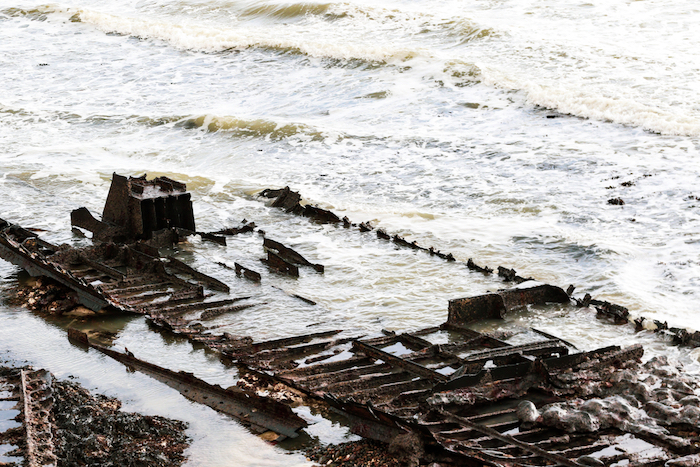 3. Even the council gets them muddled up with the Seven Sisters

They’re a beloved national landmark, but they do look quite similar to the chalky Seven Sisters Cliffs in Sussex. Dover Council even confused the two when they updated online information about the White Cliffs. An eagle-eyed photographer spotted the mistake and locals decried outrage.

They’re often mistaken on TV too. 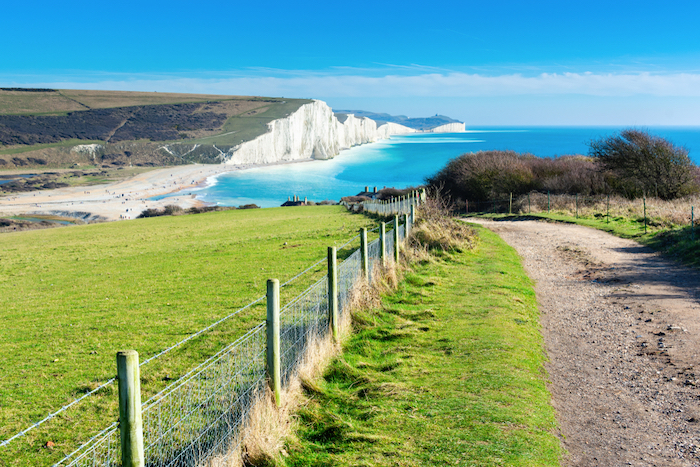 4. You might bump into a few semi-wild ponies if you’re lucky

For at least two decades, a herd of semi-wild Exmoor ponies have been grazing on the cliffs. They offer one of the most effective and sustainable means to keep the chalk grassland under control, without the need for human intervention. The ponies are hardy, intelligent and resourceful. As well as grass, they like to graze hawthorn berries, young trees and thistle buds – and even stip off the bark. They’ll even strip off the bark. 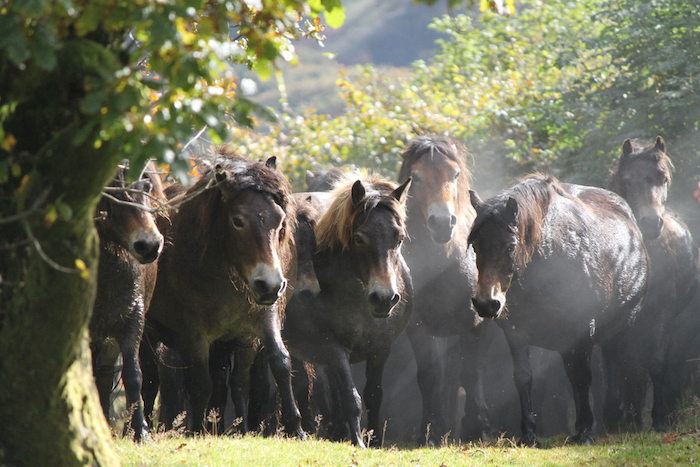 5. There aren’t actually any bluebirds on the white cliffs

That said, the chalky grasslands are home to an abundance of flora and fauna that are hugely popular with butterflies and other birds. 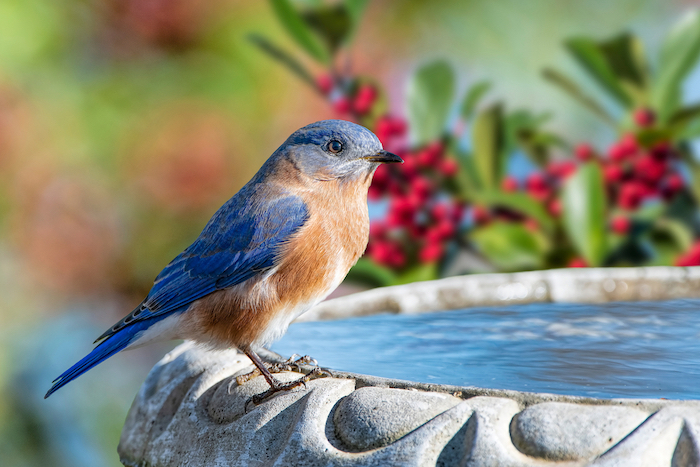 King Lear famously brought the white cliffs to the attention of the nation. In the play (Act IV, Scene I) Edgar persuades the blinded Earl of  Gloucester that he is at the edge of a cliff in Dover. He famously says: “There is a cliff, whose high and bending head looks fearfully in the confined deep: Bring me to the very brim of it, and I’ll repair the misery thou dost bear… “

One of the cliffs is actually named Shakespeare Cliff.

Shakespeare isn’t the only literary figure who took to the cliffs. Rudyard Kipling talks about them in his poem, The Broken Man. 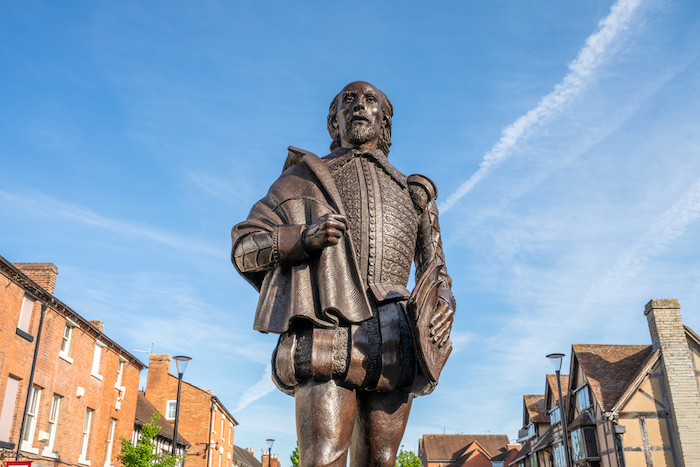 7. They hide a myriad of tunnels

Less than ten years ago, the National Trust stumbled upon a labyrinth of tunnels. Winston Churchill ordered the construction of the tunnels, known as Fan Bay Deep Shelter, but soon abandoned the plans. After a £1.2m public appeal, the National Trust re-opened them in 2015.

The tunnels were carved in around 100 days after a visit from Churchill. To give you an idea of how deep they are, take a look at the South Foreland lighthouse. They’re deeper than the lighthouse is high. The tunnels still feature the graffitied names of the men who dug them.

You can have a nose around them today, but they’re not for the faint-hearted; you’ll need to trample up and down 125 steep steps to get to them. 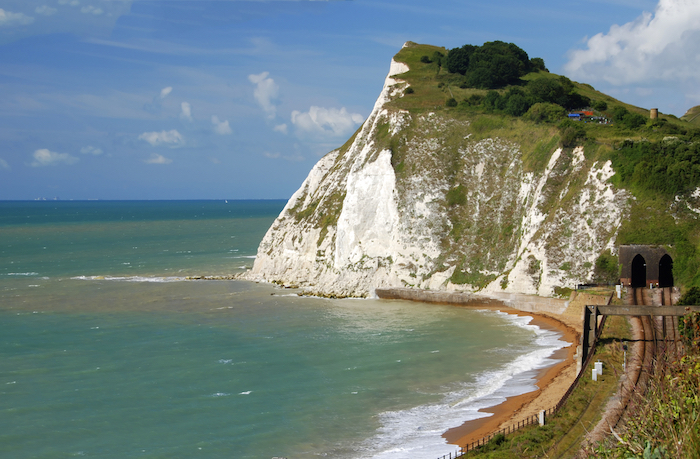 7 Best Walks in the Yorkshire Moors How to Travel to Isle of Wight

The 7 Hottest Places in Italy
13 hours ago