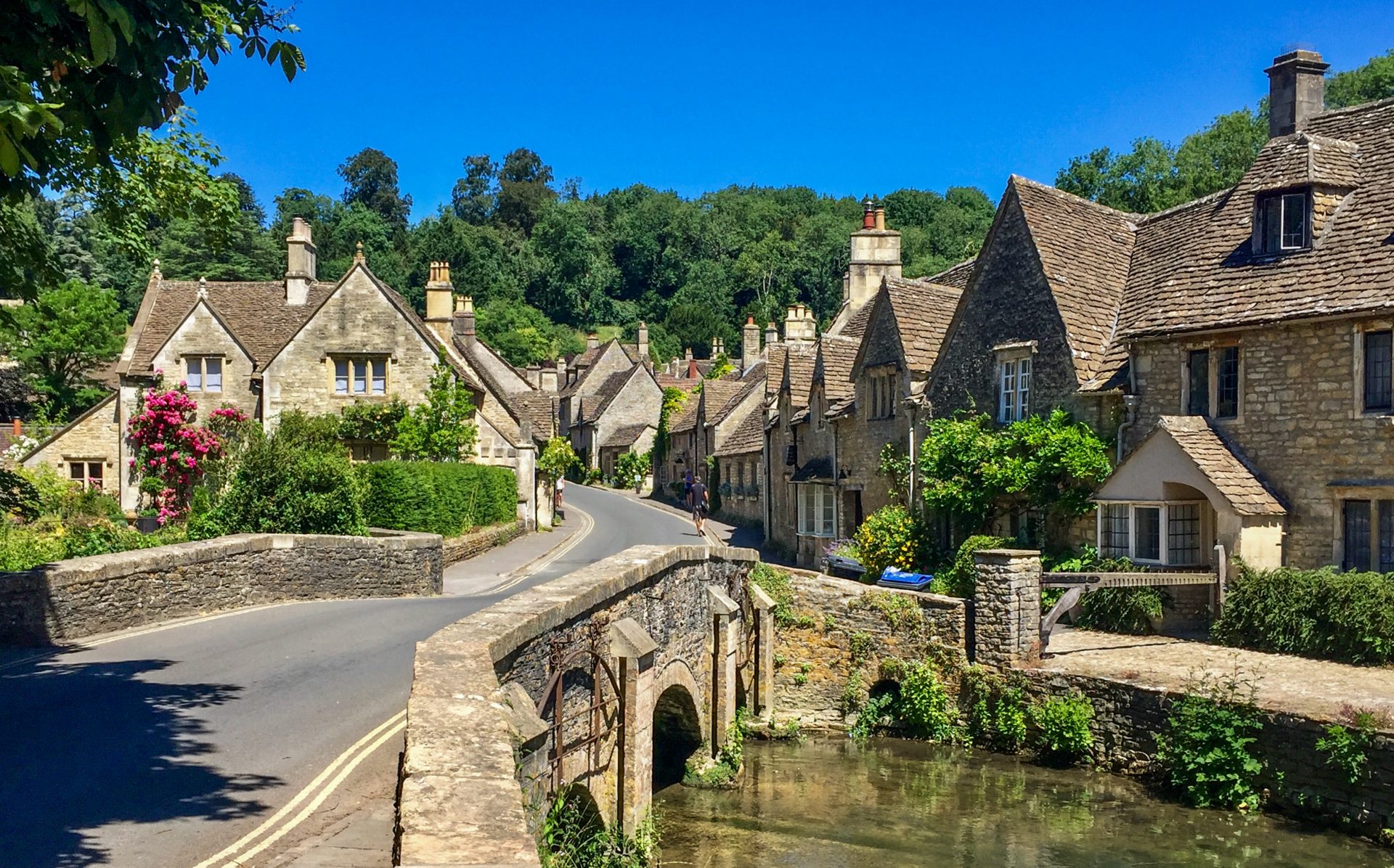 7 of the Prettiest Villages in England

England is known for its picturesque towns and villages, especially those set in the countryside. If you are looking to visit those quintessentially English locations that look a feel straight out of a storybook, we’ve got you covered. Here are some of the prettiest villages in England where scenic settings, beautiful buildings and heritage hotspots await.

7 of the Prettiest Villages in England

Located in the Cotswolds Area of Natural Beauty in Wiltshire, Castle Combe is often called the ‘prettiest village in England.’ For good reason too. The town looks like a movie set with its honey-hued stone buildings, cute bridges and 13th-century church. In fact, the pretty village has featured in many films including Stardust, War Horse and The Wolf Man. 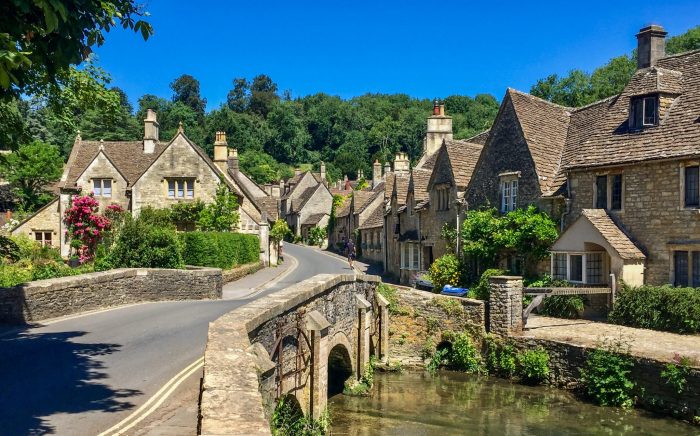 Handsome, historic Hawkshead is located in the Lake District and is one of the regions most traditional and picturesque villages. In the centre of town, you’ll find the 15th-century St Michael’s parish church and the school that William Wordsworth attended. The town is a joy for fans of Peter Rabbit who can visit the Beatrix Potter Gallery. Her home is just a short drive away. 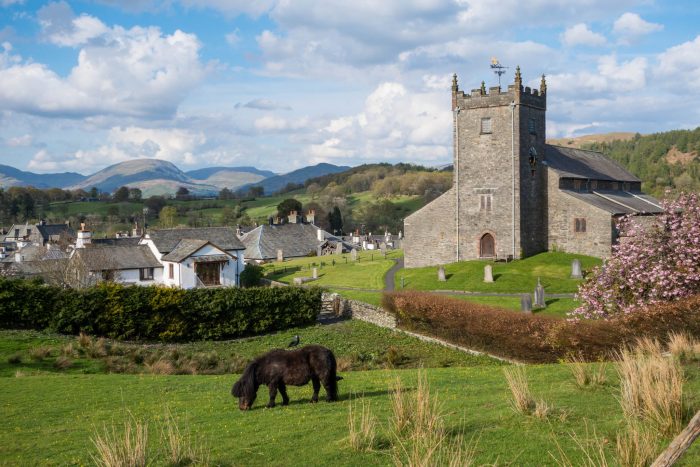 Burford is a medieval town in the Cotswold hills. Its main street dramatically sweeps down the hill towards the River Windrush and the beautiful three-arched bridge. Quirky old buildings and shops line both sides of the main street and this is where you’ll find some lovely places to eat including quaint teashops. Walking around this village, it really does feel like very little has changed over the centuries. 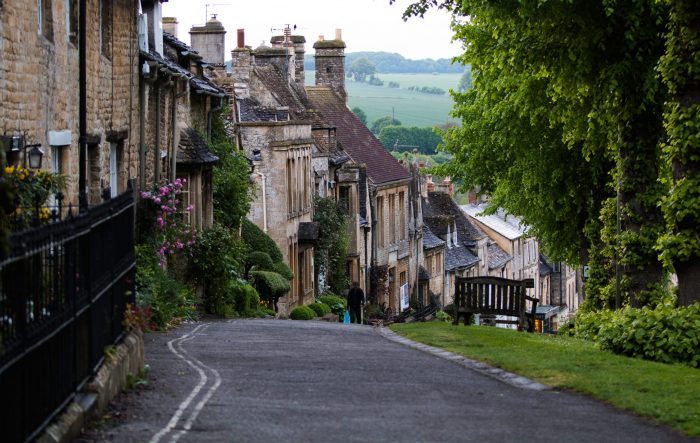 Lying on the Windermere lakeshore, Ambleside in the Lake District is postcard-pretty with its stone buildings and scenic surroundings. One of the most popular attractions in the town is the National Trust-owned 17th-century Bridge House over Stock Ghyll beck and the Stagshaw Gardens. Ambleside is popular with walkers as this is a great base for exploring more of the region. 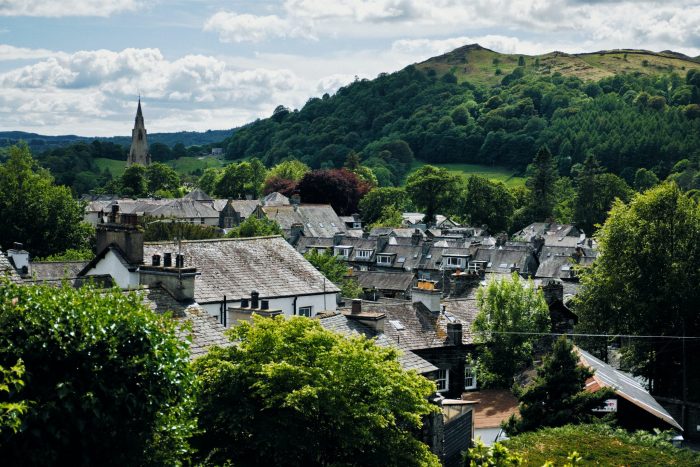 In the heart of Cheshire lies the picturesque village of Lymm. Flowing through the centre of the village is the Bridgewater Canal, on the banks of which stand some very attractive buildings. The natural beauty of Lymm is a big draw but there is plenty of things to do as well. For instance, there are lots of great restaurants and pubs and beautiful walks around the village. This is why Lymm is a popular place for canal boats to moor. There are lots of attractions right by the water. 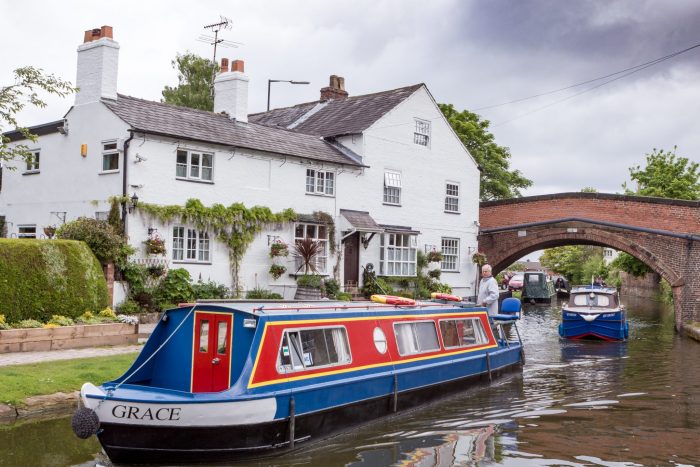 Fans of the film adaption of Pride and Prejudice might recognise the village of Stamford from the big screen. It was the location of the village of Meryton, where Elizabeth (Keira Knightley) meets Mr Wickham, played by Rupert Friend. Stamford is located on the banks of the River Welland. Beautiful buildings with stone façades pepper its Georgian streets. In fact, Stamford is the finest Georgian stone town in England and it has over 600 listed buildings. 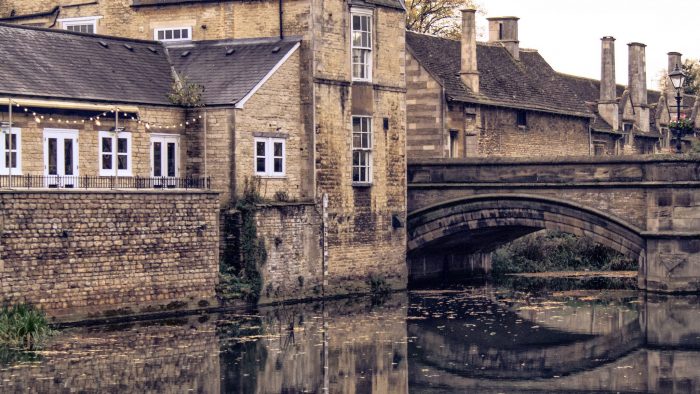 With just one pub and one church, Turville might be small but it packs a punch when it comes to being pretty. Surrounded by the verdant Chiltern Hills and adorned with sixteenth-century cottages, Turville looks like a painting. Being so aesthetically pleasing, the idyllic village has had starring roles in the movie Chitty Chitty Bang Bang and in the TV show The Vicar of Dibley. 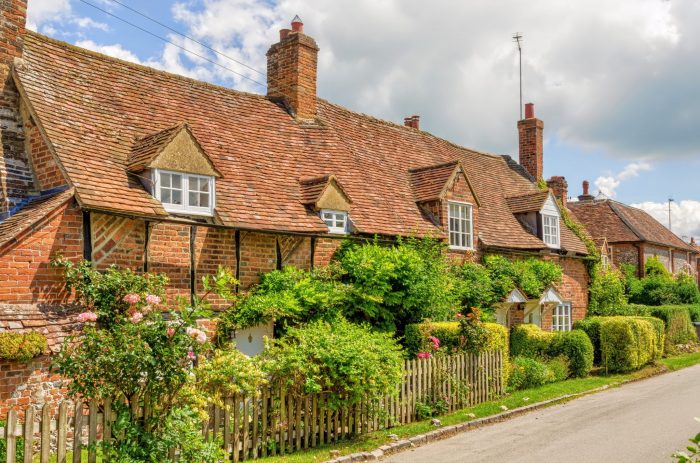