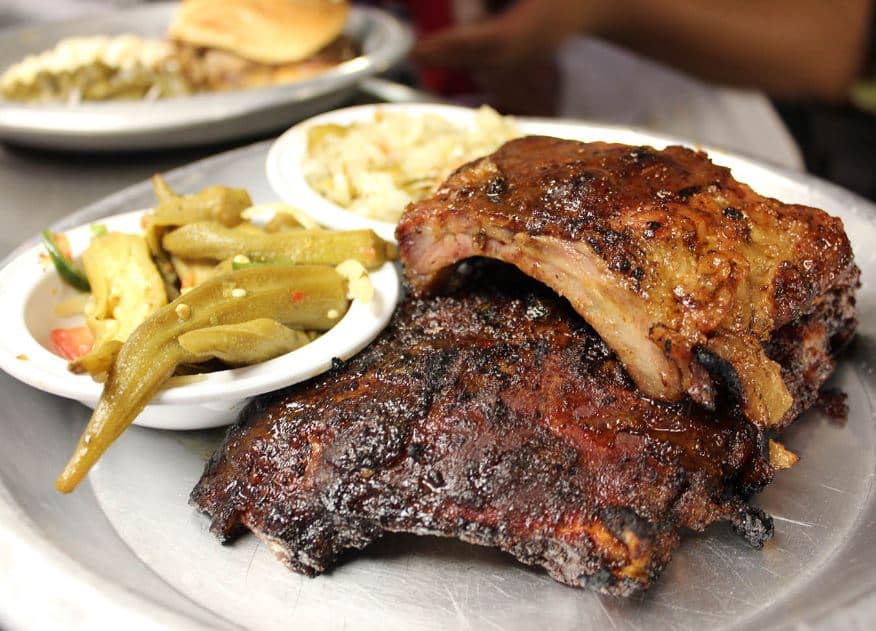 The 7 Best Places for BBQ in Asheville

Asheville is a city in North Carolina that is often overlooked by other cities like Raleigh, Charlotte, and Greensboro when it comes to food. But, you might be surprised to learn that the food here rivals that of the big hitters, starting with their BBQ. These are the very best places for BBQ in Asheville.

Best Places for BBQ in Asheville

12 Bones Smokehouse River is the most notable BBQ joint in Asheville probably because President Obama rolled up in here for lunch. Only open during lunch hours, 12 Bones Smokehouse River take the greatest elements that the south has to offer and uses it in their meats. The result is an eclectic and hearty mix of smokey meats of all kinds as well as their infamous corn pudding.

Another classic BBQ joint in Asheville is the ever popular Buxton Hall BBQ. They focus on using local ingredients and in doing so, they make some of the best damn BBQ in the state of North Carolina! This place is incredibly popular for their meats including ribs, chicken and pork and on most days, you’ll usually find a lineup here because it is that good.

For some of the best plates of stacked BBQ meats, head on over to Bonfire BBQ. Here, you can indulge in heaps of meat including ribs, pulled pork, brisket, and smoked turkey. They also have a bevy of tasty and meaty BBQ sandwiches that are also excellent to have if you don’t feel like having meat sweats. 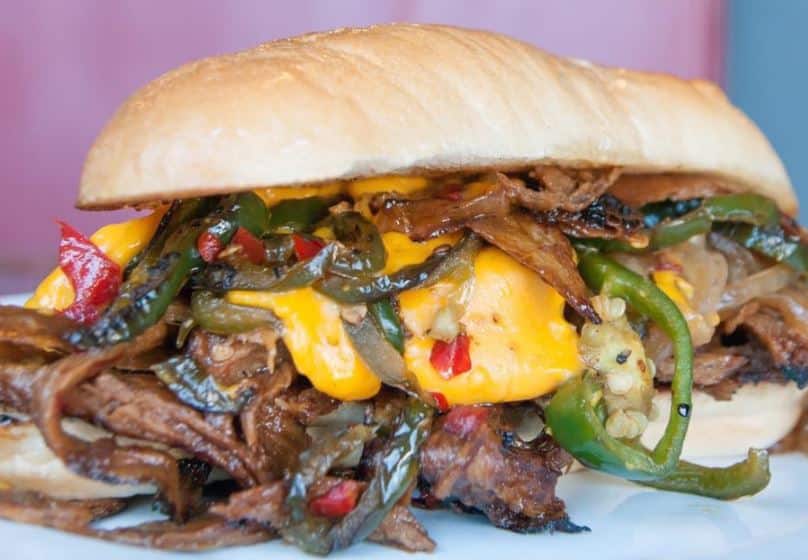 Luella’s BBQ is another local favourite establishment in Asheville and this place is aptly named after the owner’s grandmother. Much like other BBQ joints in the city, this one also specialises in hearty meats, with the only catch being that the recipes here are from Luella! Some classics here include the BBQ tempeh, chili rubbed beef brisket, and tons of wings. 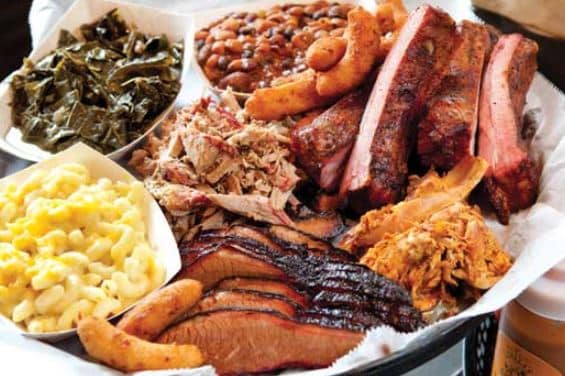 Moe’s Original BBQ is a chain restaurant and is another go-to spot in Asheville. Here, you’ll get your fix of ribs, pulled pork, turkey, and smoked chicken that come with a variety of fresh dipping sauces. Wash it down with some local beer and you’ll leave feeling stuffed for days. 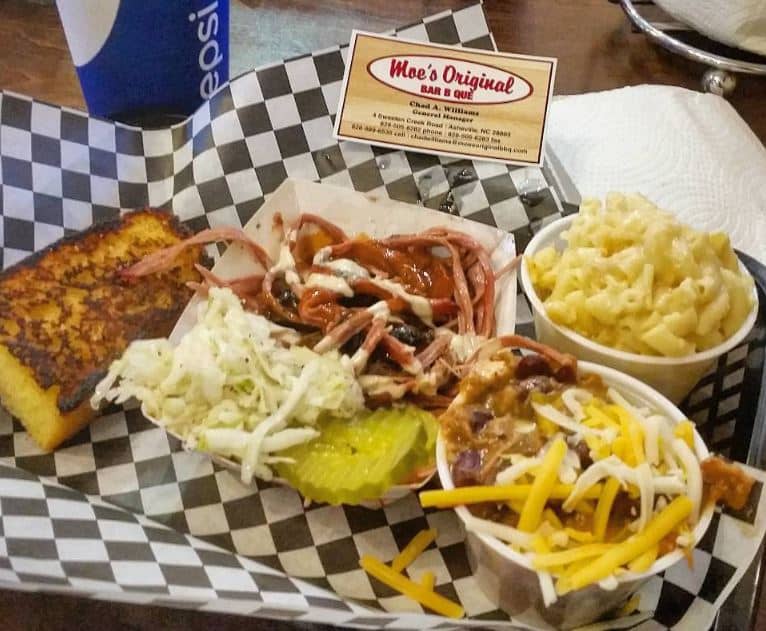 One of the BBQ joints in Asheville that locals keep coming back to and have been since 1963 is Little Pigs BBQ. As the oldest BBQ restaurant in Asheville, the BBQ offerings here are brief – ribs, chicken, and smoked pork BBQ. But, they make up for the small menu with fantastic flavour. It’s this explosion of flavours that keep locals coming back here. 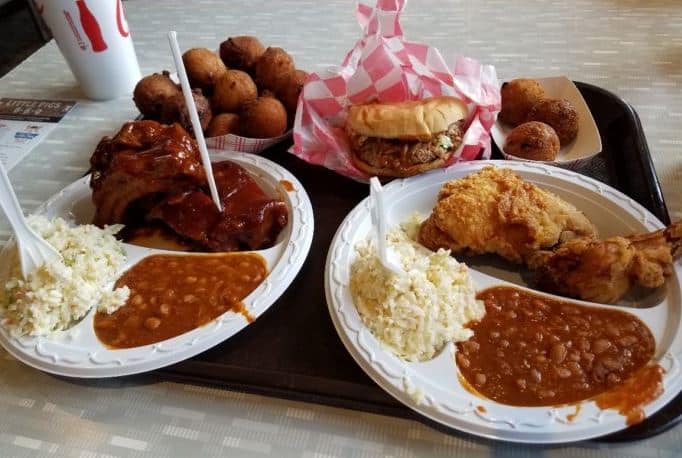 If you’re craving a bit of everything when it comes to BBQ meats, head on down to Black Bear BBQ. Here, you need to try the meat sampler as it comes with the full fixin’ of BBQ meats. The food here is tasty, always from scratch, and uses the best local ingredients. 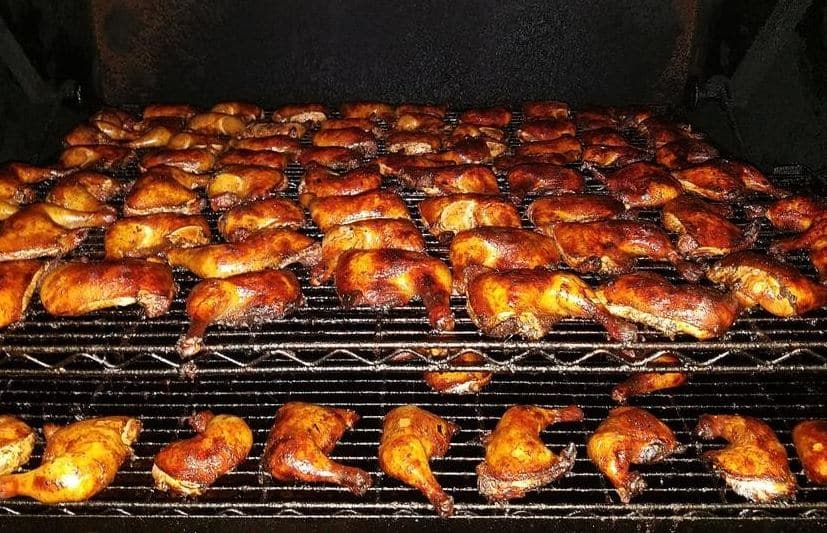 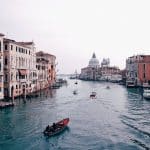 Venice vs Milan: How to Choose Between the Two
21 hours ago

Vienna vs Prague: How to Choose Between the Two
24 hours ago

Vienna vs Salzburg: How to Choose Between the Two
1 day ago

The 50 Most Beautiful Drives in the US
1 day ago

Frankfurt vs Berlin: How to Choose Between the Two
2 days ago