Jamón, jamón, and… jamón? If you’ve always thought Spain was all about the wine, the cheese, and yes, the worldwide famous jamón, there’s still a lot of uncharted ground for you to discover! Even though the list could last forever, we have 7 of the most traditional Catalan foods you should try when in Barcelona.

Catalunya is a land of tradition where food has close links with culture. Some of the same foods have been around for centuries, maintaining their appeal to this day. Beside the Mediterranean Sea, rich ingredients with ideal climate conditions give Catalonian cuisine an amazing variety of flavours that capture the hearts – and the taste buds – of most visitors.

The Catalan words for “bread with tomato” describe one of the most popular foods you’ll be having when traveling to this gorgeous destination. From your little corner diner to the fancier restaurants in town, this signature appetizer is a classic that you can find at all times of the day.

Don’t be fooled into thinking it’s “just bread and tomato” (and don’t ever dare say that to a Catalan!). This special entrée can only be made with a unique variety of the fruit that is exclusive to Catalunya, which gives it its special juicy and flavourful taste.
With garlic and olive oil to add the perfect touch, this tasty snack can also be topped with local goods such as Iberic ham or Manchego cheese. 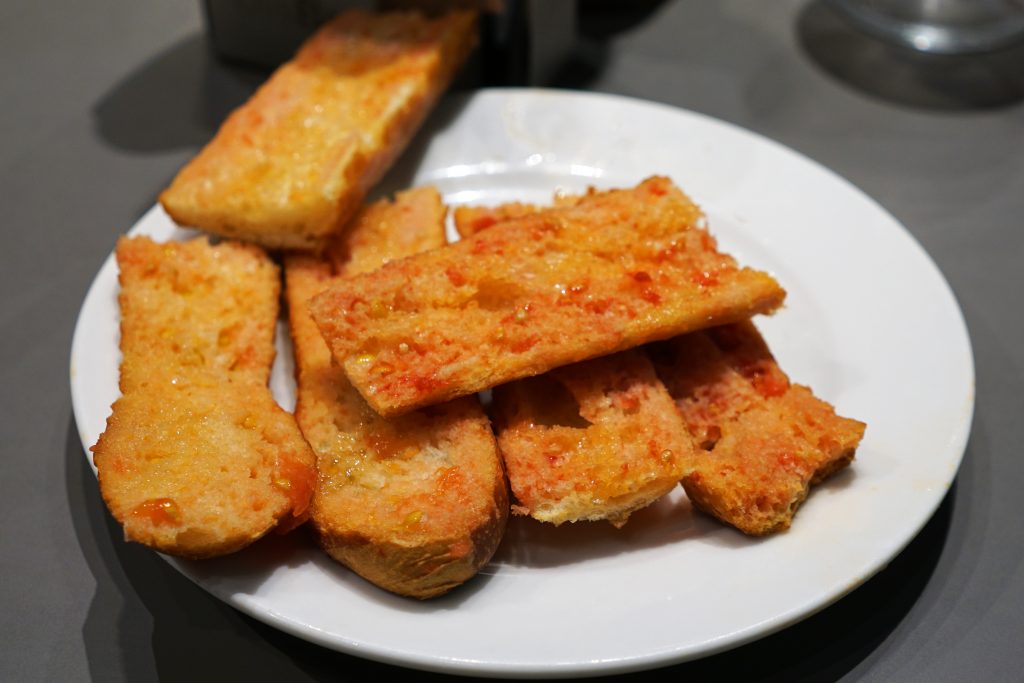 If you’re in Barcelona – or anywhere in Catalunya – during the winter, you might see a big fuss going on in restaurants, with locals devouring some weird-looking onions in a pretty savage way. Don’t panic! These are just Calçotadas, a mix between a spring onion and a leek.

The event of gathering to eat calçots with their traditional romesco sauce is so important that it has its own name. This dish marks a seasonal change packed with tradition. Don’t miss out on the fun (and mess). Take a walk around Graçia and you’ll find calçot stations on the street where you can learn how to join the fun like a pro. Esqueixada is one of the best known and most typical Catalonian foods, and it is frequently described as a sort of “Catalan ceviche” due to its marinated fish taste. Its base combination of salt cod, tomatoes, olives, onions, and olive oil is often topped with shredded eggplant and bell peppers to achieve deeper flavour richness.

It is basically a salad with a very Mediterranean-ish taste. It works wonders as a summer dish or a little tapa at your closest local restaurant. Take a break from the city walks, don’t expect anything too fancy and let the roasted flavours take over. 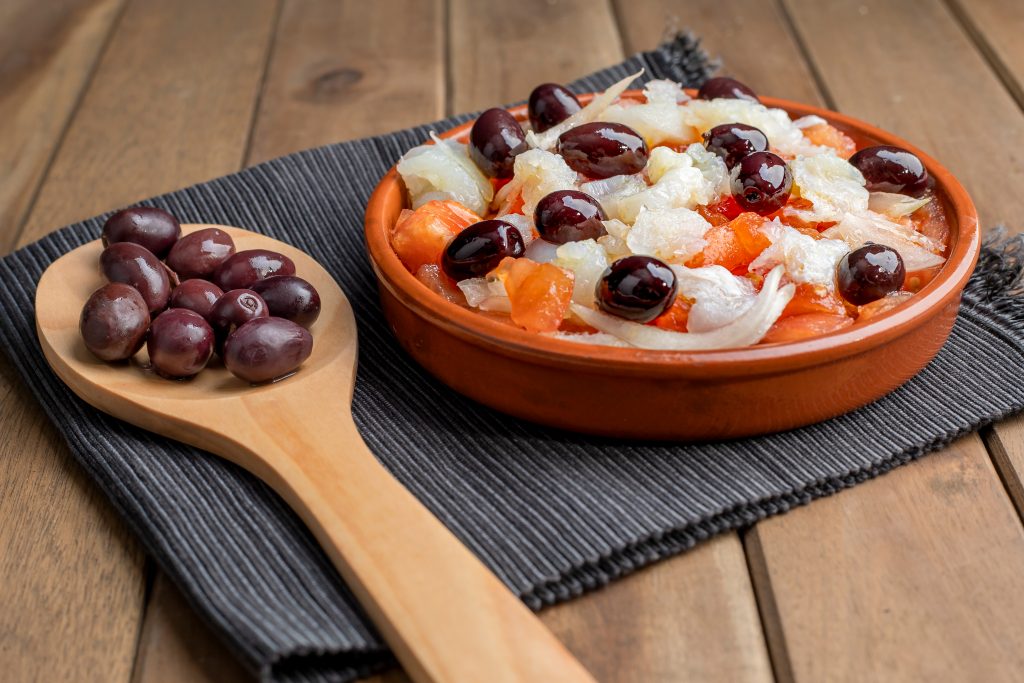 It is said that in the 16th Century, a creamy sweet made from milk, eggs and sugar, started gaining popularity among Spanish convents. In a nun’s attempt to impress a bishop, she dropped caramel on it, thus creating the crema catalana.

The incredible taste and texture of this signature Catalan dessert is famous. In fact, you might find it on the menu of numerous fancy venues across the world. Often mistaken for Crème Brûlée, this delicious cream is actually quite different. It is made from different ingredients and in a saucepan instead of an oven. The only reason you might regret trying crema catalana? Just how difficult it will be to go back to life without it! 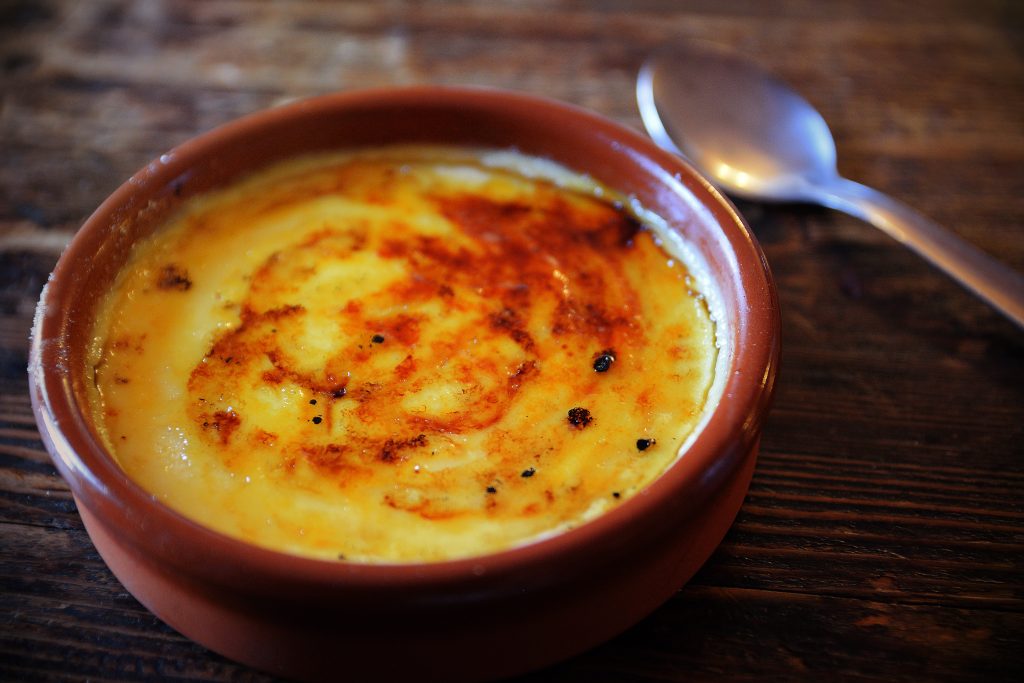 Escudella is the all-time classic of Catalan cuisine that can be found on every family’s Christmas lunch table. While this savoury winter food comes with a decent number of meats, legumes and veggies on the side, the star of the show is the broth.

Essentially, escudella is the by-product of boiling and cooking all of these. You better believe you won’t be disappointed with the combination. The broth comes with galets, a type of pasta that resembles a large shell, and pilota, a huge meat ball that takes the center of the plate.

If you visit during the colder months, you can find it at local restaurants. The perfect dish to feel like a local when having dinner in Barcelona. 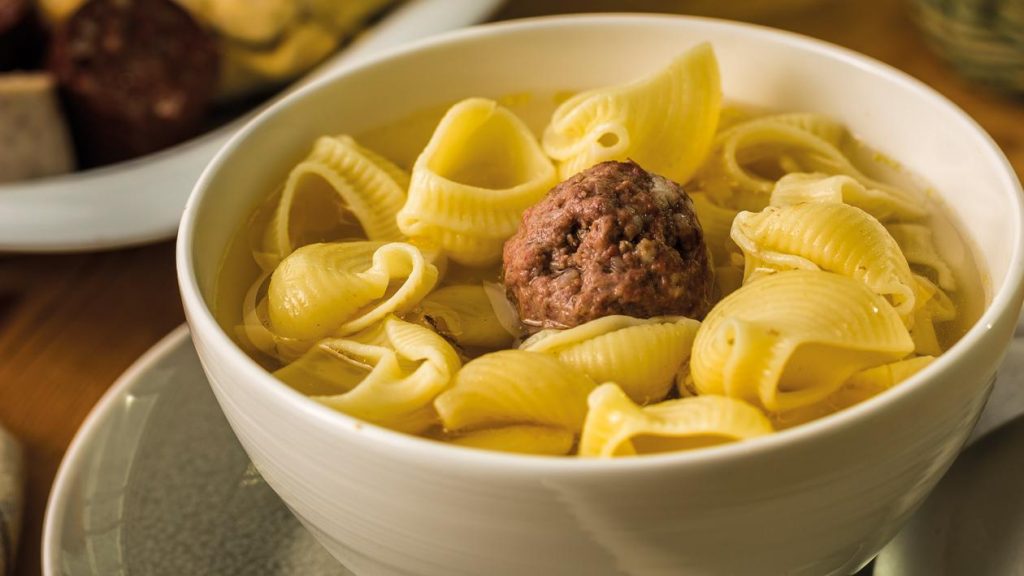 If you thought jamón was the only cold cut Spanish people binged on, you’re in for a treat! Botifarra is a type of pork sausage typical of the whole region, that you’ll find in different local dishes with a wide variety of flavours.

Botifarra amb mongetes (or botifarra amb seques) is basically the combination of the sausage with white beans to create a very simple, yet tasty and calorific dish. This dish has been around since at least the early 19th Century. It is, for many, the best representation of Catalan food and its culture. It’s a staple in the Catalonian diet. 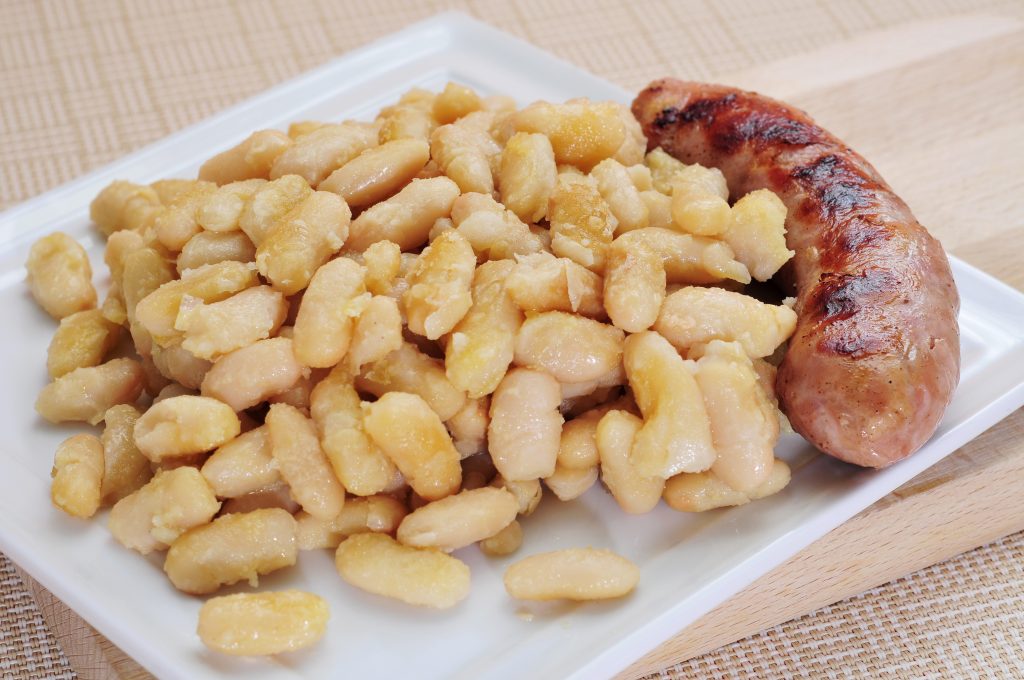 Panellets are not only a food item, but also a traditional icon in this Spanish region. As you can probably tell from this list so far, tradition is a big deal among Catalans… And food is too!

These little baked sweets are made almost exclusively for Castañada (or All Saints day) on November 1st. But you can also easily find them in pastry shops in Barcelona due to their immense popularity. They are, in fact, so traditional, that people make them at home. Children also make them at school when preparing for Castañada celebrations.

First documented in the 18th Century, panellets are mainly made from almonds, eggs, and sugar. They’re then topped with different flavours that will keep you hooked to this dessert while in Barcelona! 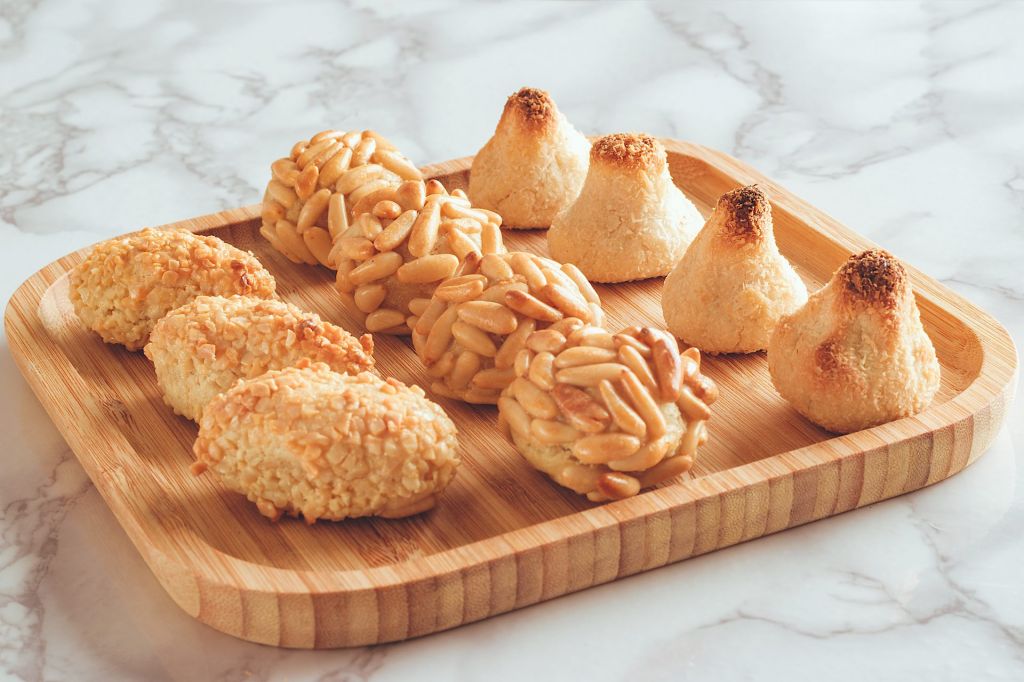 Carina is a lifelong traveller and an adventure seeker who inherited her wanderlust from her audacious parents. Curious and with a passion for discovering new places, she started her solo travels as a teenager. From backpacking to five-star hotels, she has visited over 40 countries and lives a nomadic life. 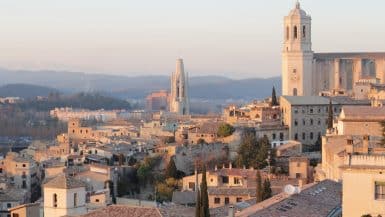 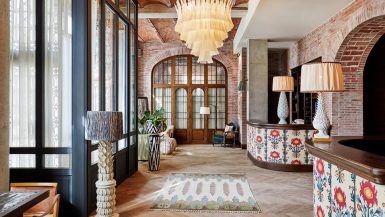 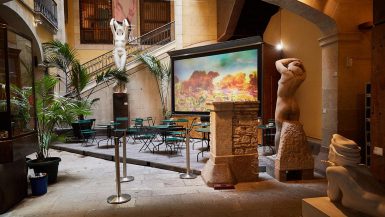 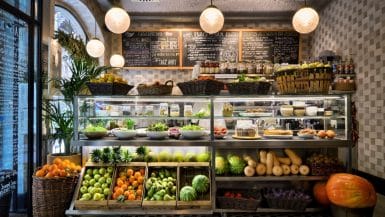 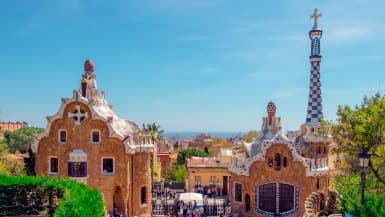 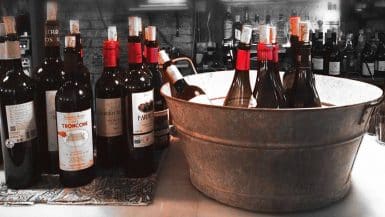 The Best Swimming Holes In Oregon
12 mins ago

7 Interesting Facts About Barbados
2 hours ago