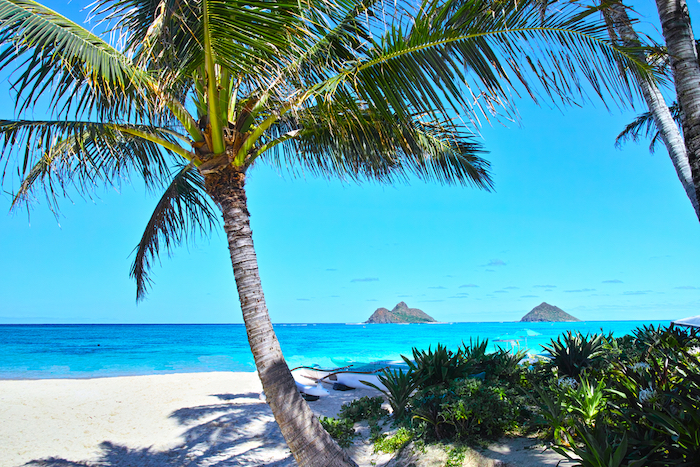 Hawaii is, rightly, one of the United States’ most popular holiday destinations. With its palm-fringed beaches, wildlife-rich waters and endless days of sunshine, America’s 50th state is one of its most scenic too. But just because it’s a well-known holiday destination, doesn’t ensure a hiccup-free trip. From avoiding chain restaurants to travelling in summertime, here are our top tips on what not to do in Hawaii.

Top tips on what not to do when visiting Hawaii

1. Island hop between too many islands

Hawaii is an idyllic archipelago comprising eight postcard-perfect islands. But don’t approach a trip to Hawaii with a Mamma Mia! mindset, travelling between islands is difficult and expensive. For starters, two of those islands (Niihau and Kahoolawe) are forbidden. Islands are spread wide apart too. For instance, Kauai and Oahu are 63 miles apart and there is no passenger ferry service between the two islands. You’ll need to hop on a local flight to travel between most of the islands. While it is possible to hop between some of the islands that are closer together, such as Oahu and Molokai, it can be expensive too.

Save your island-hopping adventures for the Caribbean or Greece. Each of Hawaii’s islands is extraordinarily diverse too, so you could end up exploring arid deserts, soaring mountains and tropical deserts in one place too. 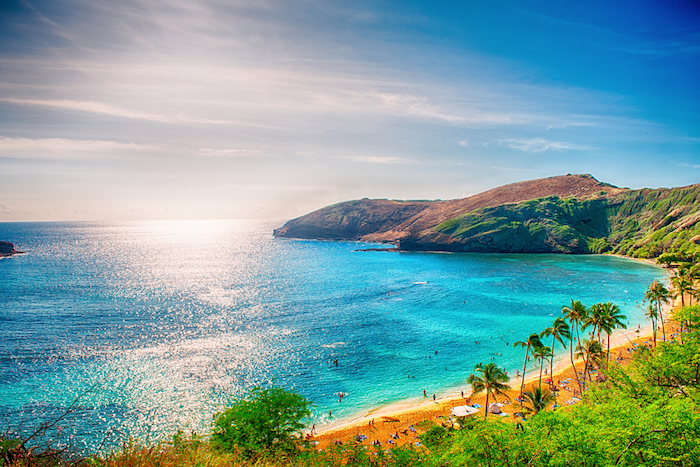 Unless you’ve got oodles of time in Hawaii, we recommend hiring a moped or car to get around. There aren’t any trains or subways in Hawaii, so you’ll need to rely on the bus if not. Services differ from island to island. While Oahu boasts brilliant island coverage with a frequent and well-connected bus service, the same can’t be said for some of the country’s other blockbuster islands. For instance, there is no public bus system on Lanai or Molokai.

Beyond the freeways, most of the roads are winding and narrow, so well suited for motorbikes and mopeds. Or you could hop on two wheels and power your travel by pedalling. Some islands – including Maui – are excellent for cyclists, boasting a wide network of cycle lanes and a range of brilliant bikes to rent.

Hawaii offers up countless opportunities for underwater adventures (check out the best snorkelling spots in Hawaii here), but it’s important to remember that the ocean is a delicate ecosystem. Your sunscreen might be protecting you from sun damage, but it could be harming the environment. Make sure you’re using reef-safe sunscreen. Most sunscreens contain oxybenzone which harms coral reef systems; it bleaches and kills them. Hawaii was actually the first state in the US to ban the sale of sunscreen containing these coral-harming chemicals, so you won’t be able to get hold of it on the islands either.

While we’re on the topic of safety in the sea, you should keep away from Hawaii’s most magnificent mammals too. Federal law requires least 100 yards distance from humpback whales and a recommended 50 yards viewing distance for other sea life such as dolphins, endangered green sea turtles and monk seals. 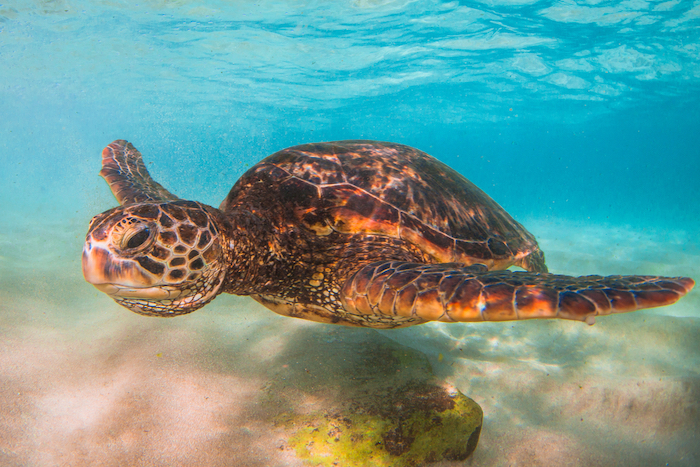 There are hundreds of burger joints, pizzerias and coffee shops dotted across Hawaii. You’ll find most of the big names you’re used to at home, at similar or even steeper prices. If you want to save money and take a deep dive into the regional culture, eat local. The islands are brimming with local food options, from sit-down meals to grab-and-go food trucks. You’ll find local delicacies like laulau (pork wrapped in taro leaf) and kululo (taro and coconut cream pudding) for dessert.  Just remember not to head out to dinner too late as locals eat earlier than Europeans and Americans. 5. Forget to pack a sweater

Hawaii is renowned for its year-round sunshine, so you’d be forgiven for filling your suitcase with iddy-biddy bikinis. But if you’re planning on spending time away from the beach, it’s worth packing a sweater or some layers – particularly if you’re planning on embarking on a summit hike.

It’s also a region of microclimates, which means you might encounter the odd unexpected cold spell. Just pack a light sweater or jacket and thank us later. 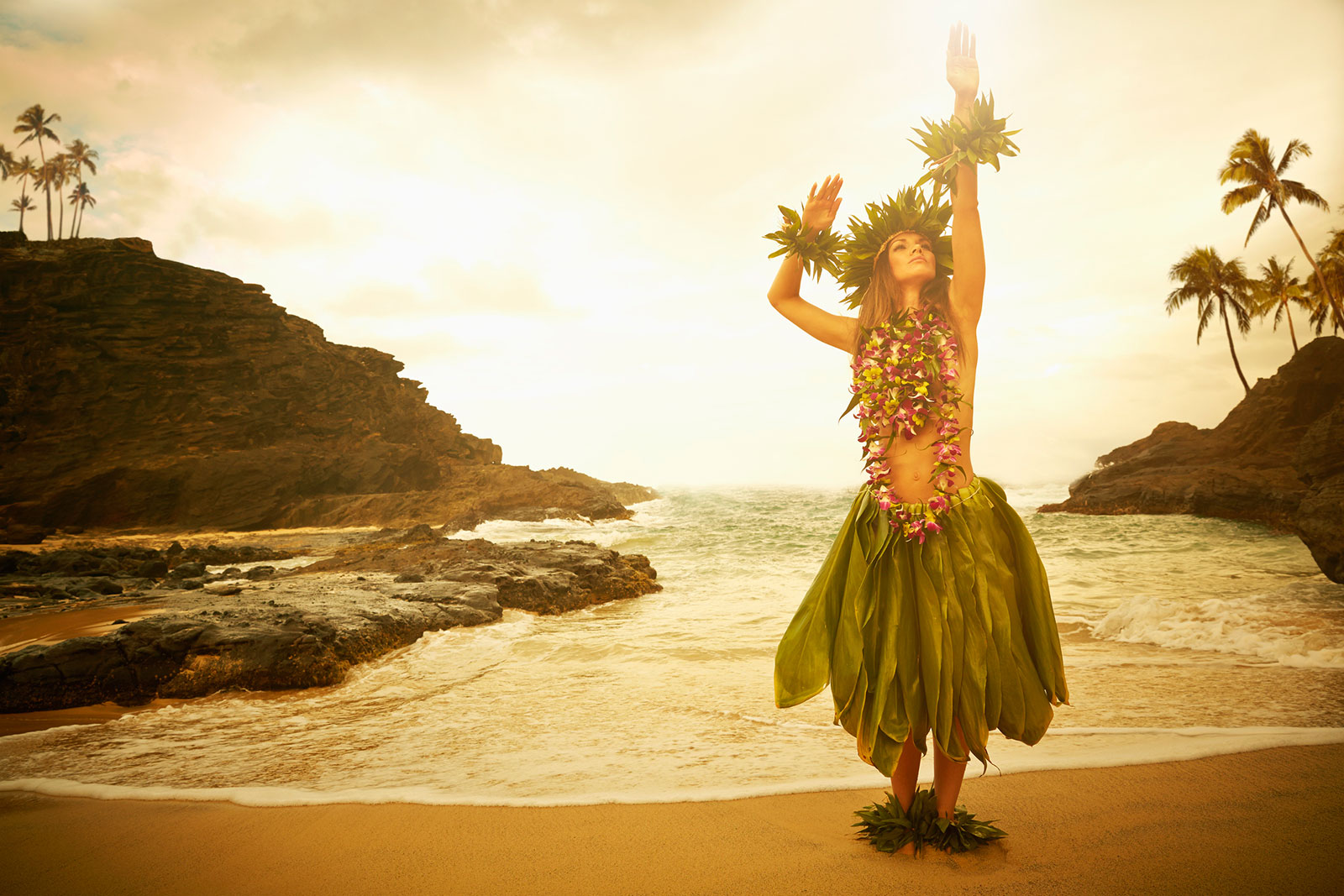 6. Stand next to a blow hole

OK, this one might seem obvious but you’d be surprised by how many people ignore the signs.  Hawaii has a handful of blowholes dotted along its rockier coastlines. These natural wonders blast seawater up to 100 feet in the air, which makes for some pretty epic Instagram content. While it might be tempting to get as close to the site as possible, these are best viewed from a distance. The force of the water could knock you back or push you out to sea. Fatalities aren’t as uncommon as you might think. And, while the Halona Blowhole in Oahu has a fence and signs around it to stop people from getting too close, Hawaii’s most popular blowhole in Nakalele, Maui, doesn’t have any warnings. Watch out.

Hawaii is hardly a cheap holiday destination, so if you can help it it’s best to avoid travelling during peak season. While it might be tempting to book a trip when the weather is lousy everywhere, you won’t be the only one going this. Shoulder season, between April and June or September and mid-December, is one of the cheaper times to visit the island. While you can’t guarantee blistering hot sunshine every day, you’re almost always some sunny days. Or, if you’re looking to see humpback whales, visit in the winter. You’ll get the best whale action from January to March, but November and December are good spotting months too.

Travelling off-season is better for the environment too. Combine this with a longer trip, accredited accommodation and choose local attractions that give back to local residents over tourist traps to help offset your carbon footprint too.

Check out the 50 best eco-friendly destinations in the world, Hawaii ranked as the 45th most sustainable holiday destination in 2022. 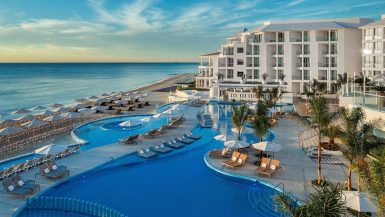