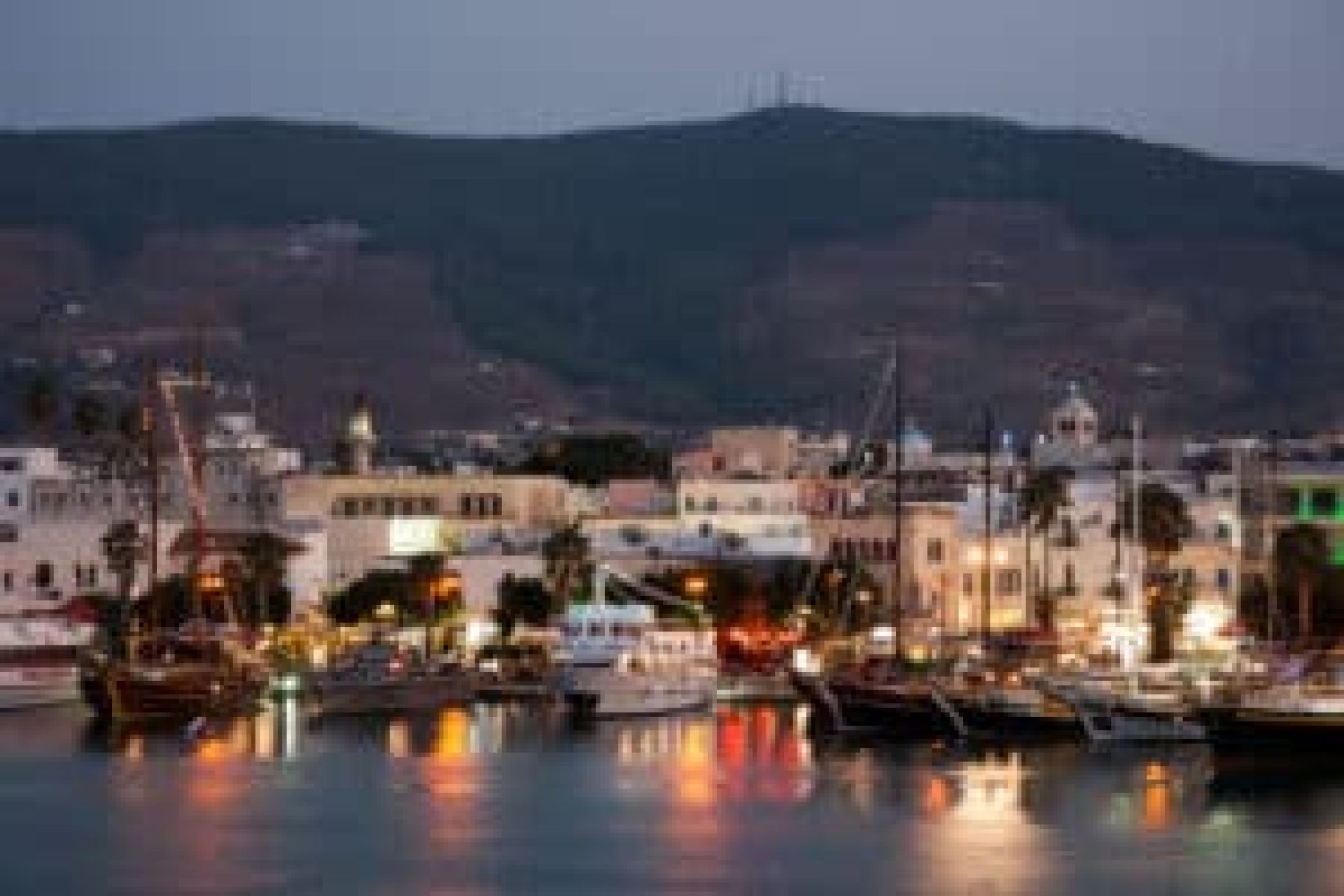 7 Places To Go For The Best Nightlife In Greece

Greece has some of the best nightlife in Europe. But with 227 islands, it can be hard to choose which one to go to let your hair down. But whatever you want from a summer Grecian getaway, be it sunset cocktails or dancing all night in a superclub, you’ll be able to find it here. And you certainly won’t be disappointed. Here’s where to go for the best nightlife in Greece.

Often referred to as the Ibiza of Greece, Mykonos deserves an honourable mention. It could be the best place for nightlife in the whole of Greece, with its cool and cosmopolitan vibe. But while you might associate places like Ibiza with more of an 18-30 crowd, the partygoers in Mykonos range from their mid-20s to their 50s. Despite so many partygoers flocking to Mykonos, the island has retained a certain class that is more about gorgeous beach clubs, frozen cocktails, and dancing in nice bars, rather than dingy clubs. There certainly are clubs in Mykonos, but again, they’re in their own league. And when it’s home to some of the most famous clubs in Europe, such as Paradise Club, it’s no surprise that so many people continue to flock to the whitewashed island. 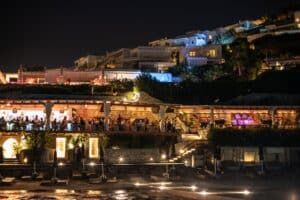 Kos knows how to throw a party, particularly in Kardamena. It’s one of the most popular places for young holidaymakers to go wild, with a wide selection of clubs and bars packed onto the strip. It is more of a young Brit crowd, while Kos Town has a slightly older, more international crowd. It’s sleepy and beautiful during the day, and by night, comes alive with neon lights and people spilling out of the bars onto the cobbled streets. There are a few more clubs scattered through Tigahi and Agios Stefanos, so you’ll be able to find a good party pretty easily in Kos.

While Ios isn’t as well known for nightlife in Greece as other islands, it’s absolutely adored by locals and by those in the know. It’s dubbed as a party island for people in their 20s, who want the wildness and the fun but not necessarily all of the carnage that comes with other well-known party islands. It’s a more laid-back place, and while you might find people dressed to the nines in Mykonos, in Ios you’ll find a chilled vibe. There are some brilliant, small backstreet bars in its winding cobbled alleyways, as well as bigger clubs, like Scorpion, Lemon, and Disco 69. If you want to bring a taste of Thailand to your Greece trip, head to Ios during July, when beach bars and clubs host booming full moon parties. 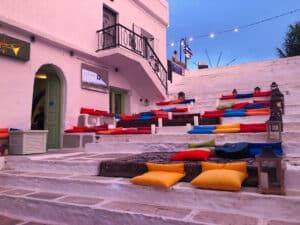 You might know Zakyonthos better as ‘Zante’, the Ionian island of non-stop partying. It’s a popular destination for young Brits, who tend to stick to Tsilivi and Laganas. If you want to simply enjoy the gorgeous scenery of Zante, and enjoy late-night drinks, but don’t quite fancy the neon-lit strip and groups of young people, then you might want to avoid Tsilivi and Laganas. But if that’s exactly what you’re after, then perfect. Zante Town has great bar options, that cater to a slightly older crowd. 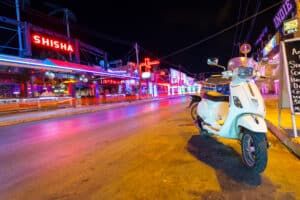 Corfu is one of the most popular Greek islands, with a blend of stylish, upmarket beach clubs, and young party towns, like Kavos. Kavos is probably Corfu’s most well-known destination, with its influx of young Brits going to let their hair down year after year. Corfu also has a high student population, so it’s not just the Brits that are partying hard on the strip in Kavos. But it’s not all fish bowls and jelly shots, Corfu is home to some fabulous beach clubs and stylish bars, like in Kontokali or Sidari. Even if you just stick to Corfu Town, you’ll find plenty of places to enjoy some traditional live music or dance to EDM until the sun comes up. 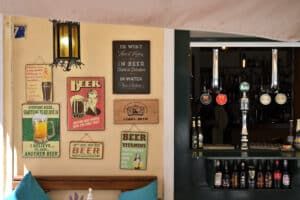 Crete is another popular Greek island, particularly amongst families and couples. But it’s also got a reputation for some of the best nightlife in Greece, which is primarily down to the party town of Malia. The seaside resort town was hugely popular in the 90s and early noughties, and while it might have died down a little bit, still retains its booming party spirit. With tonnes of bars and clubs, you’ll be out until the early hours. If you want to enjoy a taste of the nightlife but don’t fancy foam parties, head to Hersonissos. It’s a nearby resort town with clubs lined on its beach, including the New York Club. 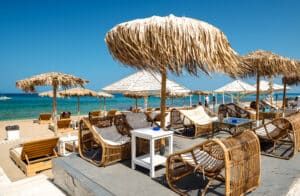 When you think of the best nightlife in Greece, your mind might not automatically go to the country’s capital, Athens. However, Athens’ growing collection of sophisticated spots, clubs, and rooftop bars, combined with that buzz that comes with a big city, makes it a great night out. There are plenty of different areas in Athens too. Exarchia, for example, it’s particularly popular among the younger crowd – think gritty, hipster underground bars. For more sophisticated bars, head to Koukaki, which is also close to the winding streets of Metaxourgeio, full of hidden gems. But if you want to dance all night in a superclub or belly dance to traditional live music, hotfoot to Gazi. 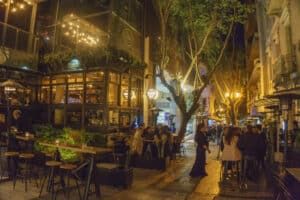