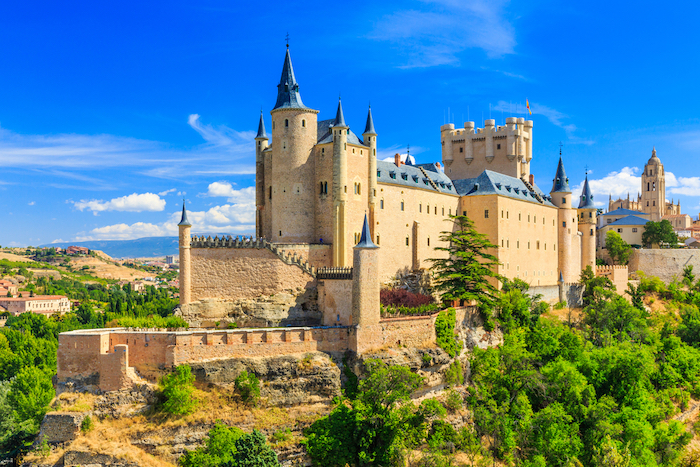 Europe has its fair share of fairytale castles, but Spain boasts some of the best of them. It’s home to over 2,500 castles, most of which have served as royal residences or military fortresses. While many of its most famous palaces are located in the south, the whole country is peppered with structures, perched on hillsides, hidden in the mountains and floating in lakes. They span a variety of eras and architectural styles too. We’ve rounded up seven of the best castles in Spain

The Best Castles in Spain

As castles go, Granada’s Alhambra is probably one of the most famous on the whole continent. Sitting on the site of a Roman fortress, the Moors built the Alhambra complex in the thirteenth century. Even after Ferdinand and Isabella re-captured the site in the late 15th century, the castle remains much the same as it was over seven centuries ago.

Visitors can explore an endless array of rooms, fountains, patios and towers, including the Torre de Comares – home to the celebrated Sala de los Embajadores. 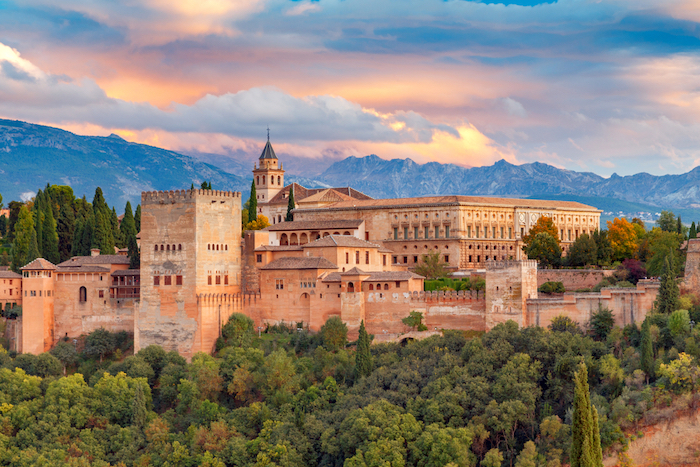 Located in the province of Biscay, the Castle of Butron combines a fairytale setting with romantic appeal. Even Kate Middleton apparently dreamed about getting married here, though in the end, she had to settle for Westminster Abbey. The castle dates back to the Middle Ages and looks almost Bavarian, with its cone-topped turrets and forest backdrop.

The main structure was built in the 13th century as a tower house. The fifth Lord of Butrón transformed it into a castle in the 14th century and for three centuries it saw non-stop bloody fights between the Bizkaia’s nobility. It’s all pretty peaceful here today. It’s hard to believe that the Bellver Castle has been standing for over 700 years. Jaume II started building works in 1300 with the help of Pere Salva, who also built the Almudaina Palace. At first glance, it looks more like an amphitheatre than a castle, with its unique round shape. The courtyards sit on two levels, surrounded by a moat that you can walk around. The views of Palma Bay from the rooftop are unbeatable.

The castle served as both a residence and a fortification and played an important role in protecting the crown from sieges until the 16th century. Today it houses an excellent museum and is a popular concert venue. 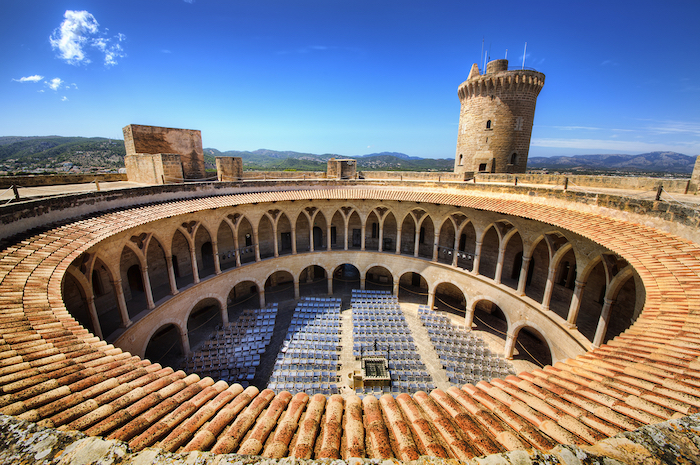 With is hilltop station, conical roofs and turreted towers, the Alcázar de Segovia is pure Cinderella castle. Built in the 12th century as the residence of King Alfonso III, the castle served as a fortress and a royal home. Successive monarchs expanded on the building, but the last architectural phase was completed in 1587 – so it’s looked much the same for an awfully long time.

Isabella I was crowned here in 1474 and Charles II founded the Royal College of Artillery here in 1764, so its historically significant too. Visitors can nosey around all areas of the castle and there’s an excellent audio guide for additional insights too. You’ll also want to climb the 156 steps of the Torre de Juan for sparkling views.

Once one of Europe’s most modern and luxurious castles, the Royal Palace of Olite dates back to the 12th century. Charles III lived, ruled and hosted epic parties here – he even created a zoo. Comprising two different sections, the Palacio Vieja is the oldest part of the palace. The Palacio Nuevo is a comparatively spritely young thing by most castles standards, at just over five centuries old.

The castle features an irregular layout that makes for extremely Instagrammable pictures, complete with parapets, towers and keeps. The Spanish government restored the cattle in the 20th century and visitors can book a tour to explore its most famous rooms without worrying about breaking anything too. Burgalimar Castle might not be the prettiest palace around, but it is the second-oldest castle in Europe. It’s also one of the best preserved. Built by the Moors in 968, the castle has passed through countless hands in its 1,000-year history but its hardly changed over the years. It boasts 15 soaring towers and original enclosures dating back to Christian antiquity. To visit, you’ll need to book a guided tour. 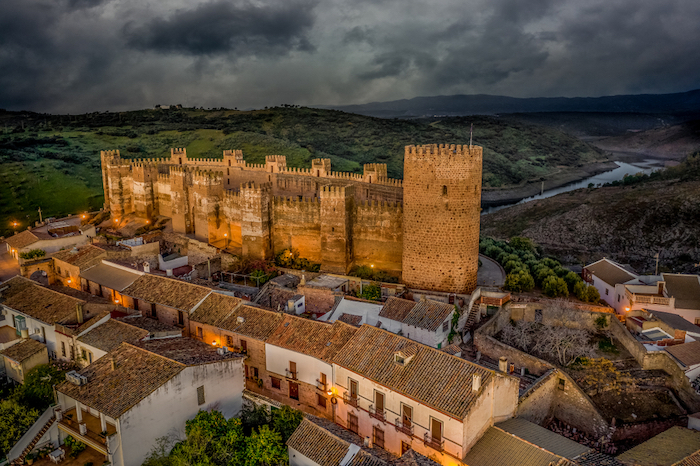 It isn’t hard to imagine what life was like in the days of the Reconquista when you’re looking at Ponferrada Castle. The Knights Templar built the castle during the Middle Ages. Few tourists tend to venture up to the northwest region of Spain unless they’re on the Santiago de Compostela pilgrimage. If you are in the region, it’s well with making a detour here. Local authorities plummeted resources into the building so it’s guaranteed to be a good day out.