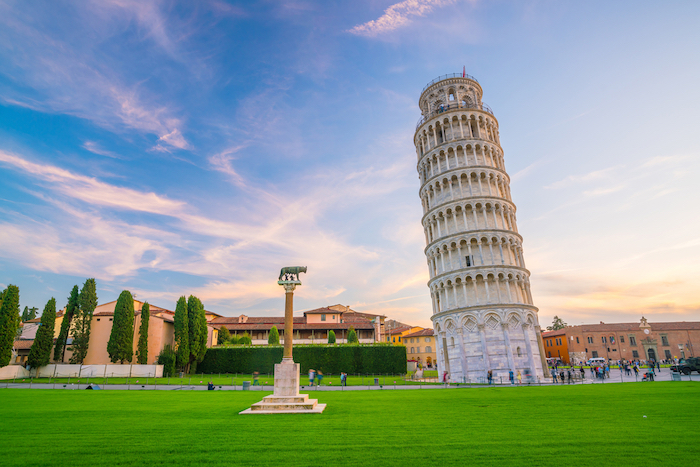 7 Interesting Facts About the Tower of Pisa in Italy

At 55 metres (183 foot) tall, the Tower of Pisa is an impressive structure, even without its famous lean. And, while it may one of the most structurally unsound buildings in the world, you can actually climb up 294 steps to the top of it too. Planning a trip or looking to find out more about the Unesco World Heritage Site? Here are some of the most interesting facts about the Tower of Pisa in Italy.

Interesting Facts About the Tower of Pisa

1. It took a long time to build it

There was a lot of talk about plans for a beautiful bell tower to accompany the cathedral in the mid-twelfth century. Finally, in 1173 construction began.  Work was slow and sporadic, frequently abandoned for decades as Pisa warred with nearby Florence, Genoa and other city-states. Debt also slowed down the construction process, as well as time spent trying to correct its lean. It was finally completed in 1372, almost two centuries later.

2. Poor planning made it famous

It’s one of Italy’s most recognisable landmarks and the main reason most people visit Pisa, but its lean was a total accident. Engineers were stumped when they first realised the tower was starting to lean in an unorthodox fashion a few years after construction began. At this stage, they were only three metres up. We now know that it was always destined to topple, thanks to its shallow foundations – a shocking three metres – plus its soft and marshy foundations. Interestingly, the word ‘Pisa’ actually comes from the Green for “marshy land”, so it’s a little difficult to see why the architects were caught off-guard.

Construction continued, with builders trying to fix the problems by adding taller columns and arches to the south side of the tower. This means the structure is also curved… as well as tilting. Engineers attempted to correct it for centuries, some making it worse.

There’s a happy ending though. The tower was declared stable in 2001 for another 200 years and in 2008 engineers found that the tower is no longer moving. 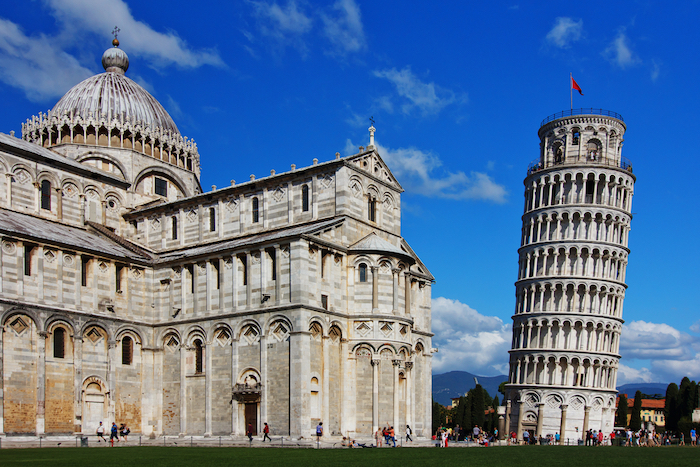 Benito Mussolini, the 20th-century dictator, reportedly hated the Tower of Pisa. He saw its lean as a national embarrassment, a painful reminder of some seriously shoddy craftsmanship and an inappropriate symbol for the manly regime.  In a bid to correct its lean, he had hundreds of holes drilled into its base, pumping 200 tons of concrete into the tower to stabilise the bottle. It ended up making the base heavier and the tower lurched another few inches south.

4. It’s not the only leaning tower in Pisa either

Thanks to the river city’s soft and marshy ground, quite a bit of Pisa is actually leaning. San Nicola, a 12th- century church half a mile south of the Leaning Tower of Pisa is tilting, with a base below ground level. The belltower of San Michele degli Scalzi, built in the 11th-century, boasts a heavily tilted 5% lean. Piagge actually stems from the Latin, plagae, meaning “low plains, highly prone to flooding”. 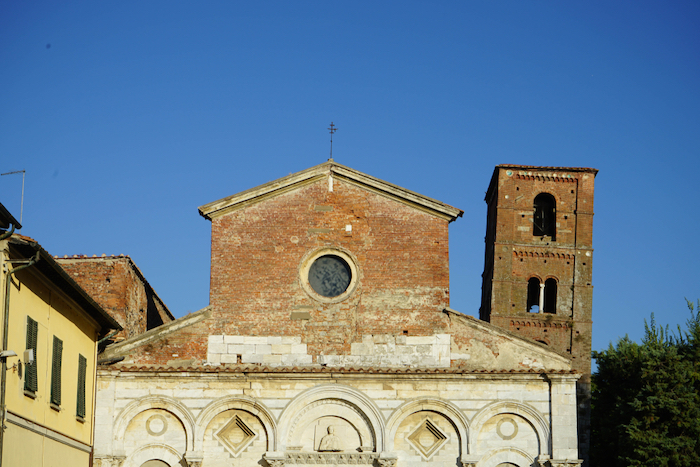 5. Galileo may not have been here after all

If you know anything about the Renaissance astronomer and physicist, you might well have heard that he was responsible for discovering that objects of unequal mass fall together in a vacuum. Folklore tells that he discovered this from the top of the Leaning Tower of Pisa in 1589. He dropped a cannonball and a musket ball, they fell together and the rest is history.

However, modern scholars now argue that it was probably only a thought test, rather than a physical test.

6. It survived the war thanks to its good looks

The Germans used the tower as a lookout during World War II. When the Allies were charged with demolishing enemy buildings in 1944, they were too spellbound by the beauty of it to bomb it out. In the fascinating account, “Through My Eyes: 91st Infantry Division in the Italian Campaign, 1942-45“, veteran Leon Weckstein, explains that the grace and beauty of it hypnotised him. He says: “I yearned to blow it to smithereens, but as yet I had seen nothing move. Seconds turned to minutes and still, he could not do it. The hypnotic spell had not been broken after all. The tower, the neighbouring cathedral and baptistry, were too beautiful”. 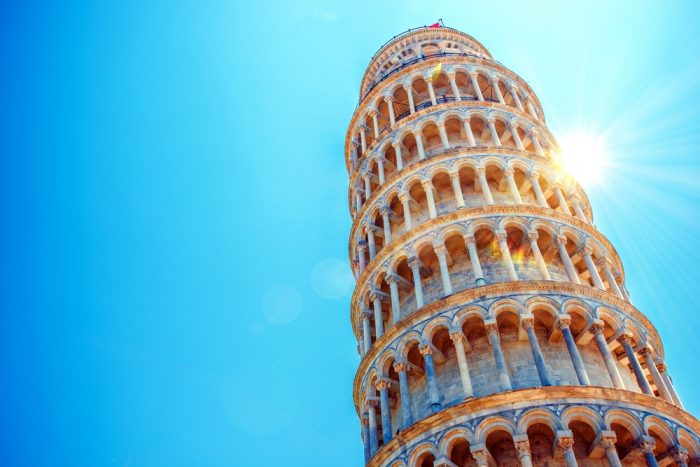 7. There are other buildings with a lot more lean

The Capital Gate building in Abu Dhabi takes the crown for the most tilted man-made tower. It slopes five times more than Pisa, at an 18-degree angle, though unlike Pisa it was all planned. There are medieval towers in the German towns of Bad Frankenhausen and Suurhusen which lean more than the Italian Unesco Heritage Site too. Then there’s also the Leaning Tower of Wanaka. The tower leans at a 53-degree angle and balances on one corner. 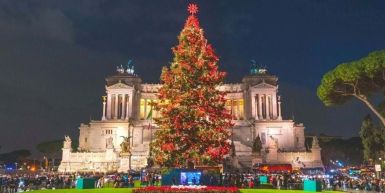 The Best Places for Snorkeling in Belize
18 hours ago

How Long Did It Take To Build Rome?
18 hours ago

The 7 Hottest Places in Italy
19 hours ago