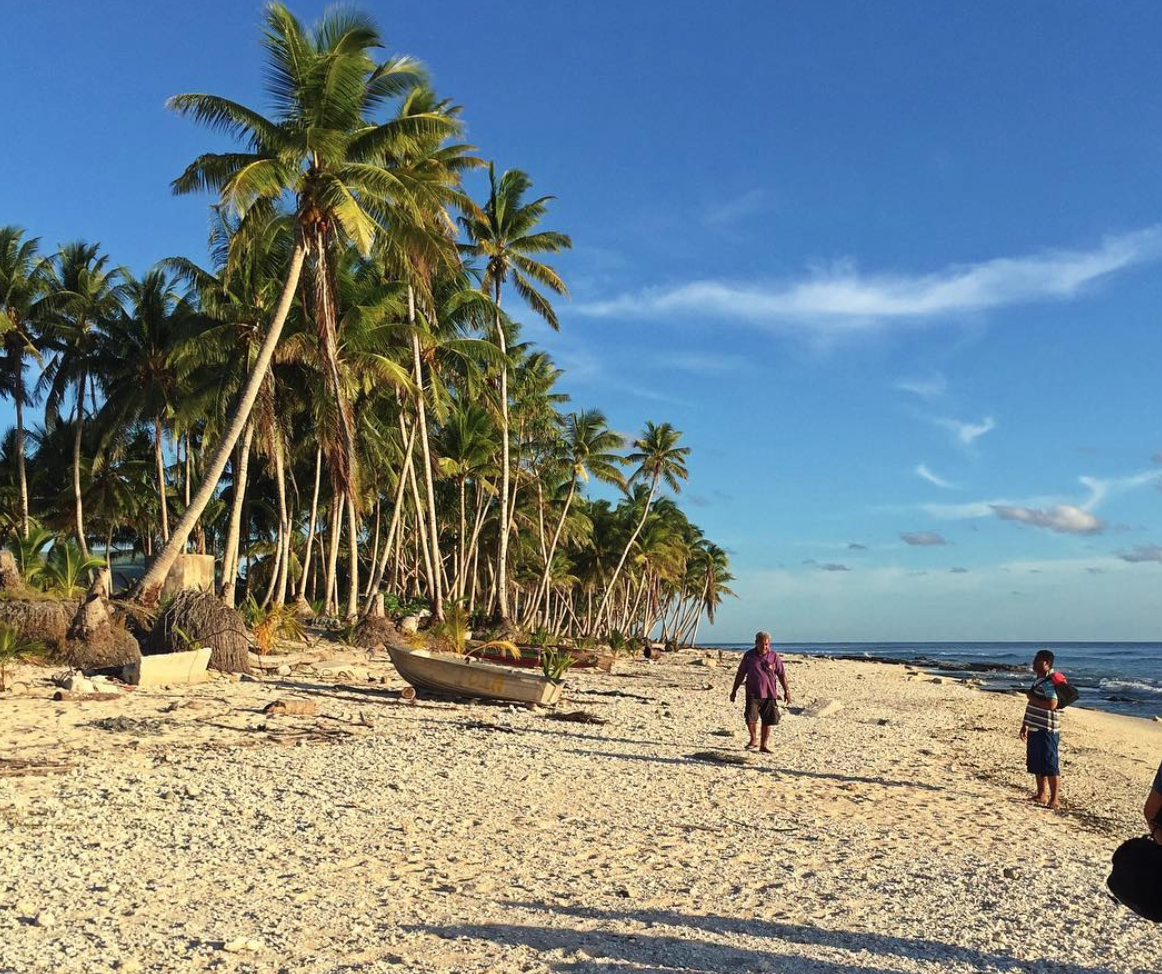 The 7 Most Instagrammable Spots In Tuvalu

Tuvalu, in the South Pacific, is an independent group of nine islands within the British Commonwealth.

One of the least visited places in the world, the islands are shining gems with coral reefs, white sandy beaches and a vibrant Polynesian culture.

Want to take some photos of your trip? We’ve got you covered with our list of the best spots to take a Tuvalu Instagram snap.

The largest island, this charming atoll has a pretty church in the village, mangrove forests, coral reefs and a shimmering blue lagoon.

You’ll need a private boat to get here, as public transport is patchy at best.

Nanumea is the most northern island of Tuvalu. Americans built an airstrip here during WWII and you’ll still see military remains on the island, including an old Navy Bomber.

Apart from the glorious beaches, there’s also a freshwater pond on the southern part of the island.

This protected marine park is home to coconut crabs, nesting seabirds and turtles. It contains six tiny islets that you can explore by diving or snorkeling.

Want to just chill on the beach? That’s more than okay.

The smallest and least inhabited island of Tuvalu (there’s just 25 or so people living here!), this is peaceful paradise at its best.

There’s not much to do here, but that’s the beauty of it. Take in a service at the colourful church while you’re here.

It’s known for its ancient fire caves that are located 40m underwater, dating thousands of years back to when the seawater level was much lower.

As dusk falls on the runway of Fanafuti International Airport, hundreds of locals came together to play rugby, football and take part in boot camp classes.

An incredible sight that you won’t experience anywhere else in the world.

Coconut palms cover most of this island and there’s no paved roads, making it a rustic place to spend a few days.

The local people make beautiful decorative floor mats, and you can do homestays or sleep in a simple but nice guesthouse.

7 Most Haunted Places in Kentucky
5 hours ago

7 Interesting Facts About Morocco
6 hours ago

7 Most Haunted Places in Iowa
7 hours ago