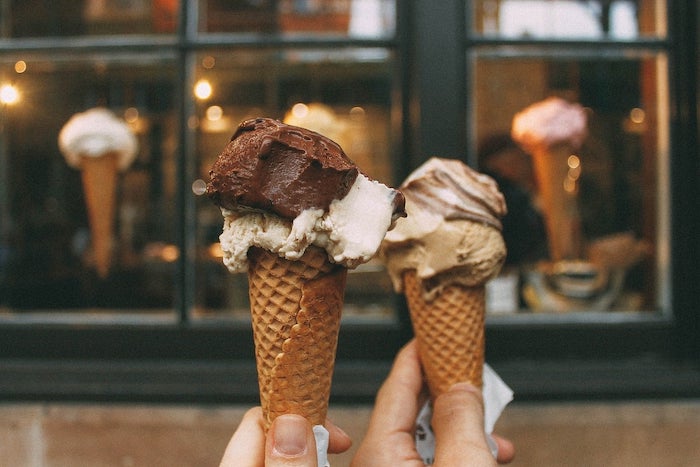 Are you a Golosso (glutton) for good gelato? If so, it’ll be hard for you to hate Perugia. It may not have an international ice cream reputation that reaches the dizzying heights of Italy’s blockbuster cities Florence, Rome and Turin, but that’s all part of its gelato charm. Unlike the full-fat, sugary stuff we’re used to outside of Italy, the best gelato shops in Perugia use seasonal, fresh and locally-produced ingredients. Some offer creative flavour combinations, others have mastered the crowd-pleasers. But with dozens to choose from, where do you begin? From tiny hole-in-the-wall ice cream shops to generations-old gelaterias, we’ve rounded up some of the best gelato shops in Perugia to lend a helping hand.

The oldest gelateria in Peruggia is, unsurprisingly, also one of its best. Gelateria Veneta dates back to 1935, when Donato Pragiarone and Giovanni Costantin first opened up shop in the Zoldo valley of the Dolomites. It’s since passed through four generations, still using the same coveted recipe from almost a century ago. The emphasis here is on fresh, locally sourced ingredients, free from nasty additives and thickeners. Pick up a cone with a couple of scoops or pull up a seat and settle down with a bowl. If you’re travelling with kids, try the ‘Children’s Cup’ – ice cream crafted into the shape of a quirky figurine. 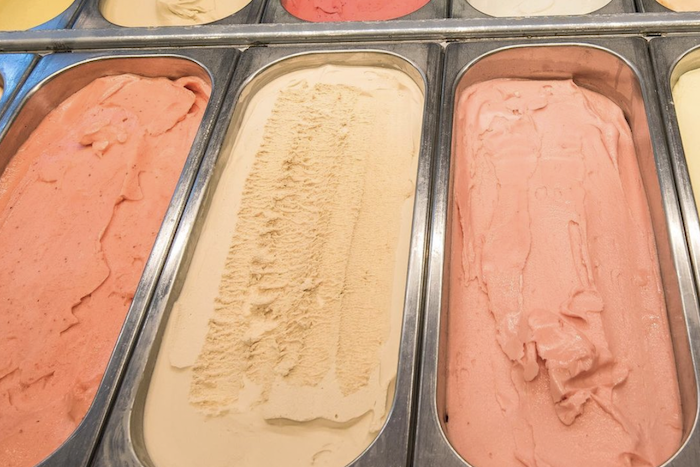 Since opening its first shop in 2002, Grom has become a global sensation with outposts in Lisbon, London, Paris, Prague and Shanghai, as well as all across Italy. Don’t let that detract from its brilliance – it’s world-famous for a reason. Owner’s Guido Marinetti and Federico Grom describe themselves as “curious, details freaks, agricultural nerds and emotional” on the website. It shows in the ice cream. Gelato here is 100% natural with no artificial flavours or flavourings. It’s usually gluten-free too.

Flavours are classic, made with high-quality traceable ingredients. The chocolate, for example, is made with Ecuadorian cacao, the coffee with Guatemalan coffee beans and the salted caramel with Himalayan pink salt. Each month you can enjoy a ‘Menu of the Month’ too. At the time of writing, this month’s flavour is ‘Torta Sacher’, inspired by the Viennese Sacher Cake and made with apricot compote, chocolate gelato and topped with saoiardi biscuits. Heaven in a cone. 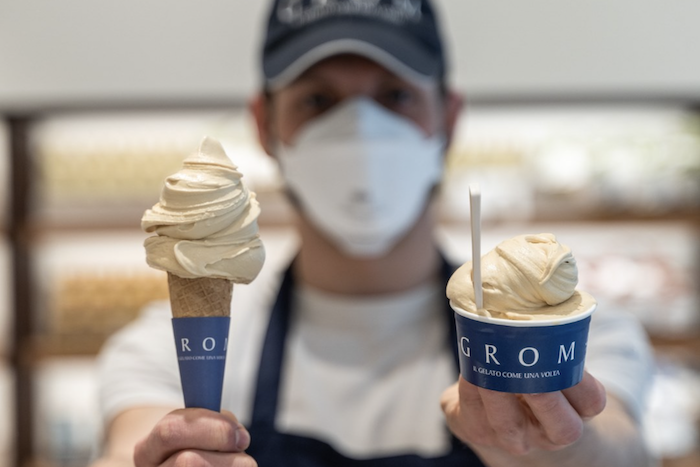 You’ll need to travel out of the city centre for this one, but it’s worth the effort. After an epic three year search, Carmipigani Gelato University voted it the best gelato in the world. Alessandro Crispini, who owns Gelateria Crispin, swept the judges off their feet with his pistachio flavour ice cream, made with three different types of slow-roasted Sicilian pistachios, Madagascar vanilla bean, milk, caramelized sugar, and a sprinkle of Adriatic sea salt. There are other flavours to taste, of course, but we know which flavour we’ll be choosing next time we’re in town.

For a chocolate fix unlike any other, head to Augusta Perugia. Expert chocolatier Giacomo Mangano set up shop in 2000 and it’s fast become one of the city’s favourite ice cream shops. Alongside mouthwatering chocolate gelato, you’ll find huge slabs of dark chocolate sprinkled with innovative flavours and insanely gooey spreads. For big scoops and big flavours, you can’t go wrong with Gelateria Mastro Cianuri. There are always at least 25 different flavours on offer, from chocolate to liquorice. Expect sparkling service and wallet-friendly prices too. 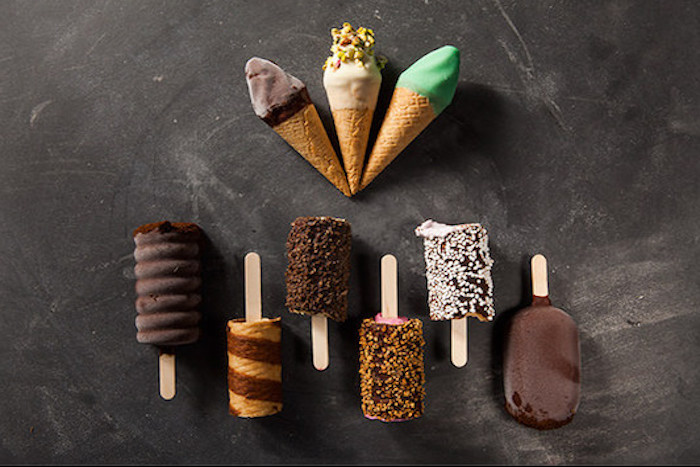 Lick’s luxurious gelato comes in quirky flavours like gorgonzola with honey and nuts and lemon and basil,  as well as traditional crowdpleasers like stracciatella and strawberry. It’s also conveniently located just around the corner from the Civic Museum, so you can pick one up on the way – and one on the way back– from sightseeing. 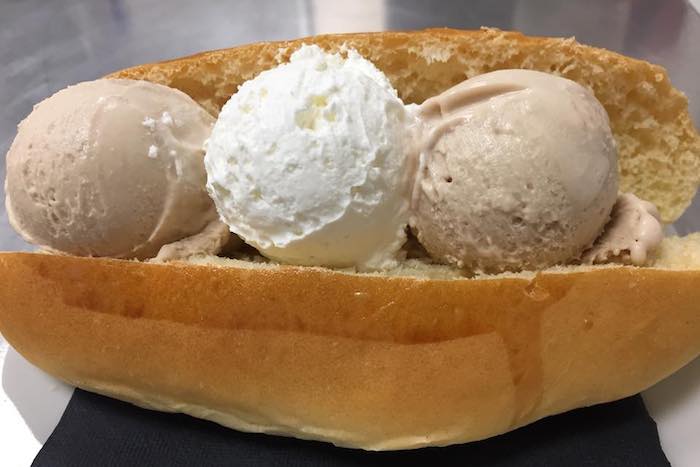 Gambrinus boasts a killer location in the historic heart of the city, but that’s not the only thing to love here. It might be small but it’s bursting with brilliant gelato flavours, ranging from the classics like straciatella and Ferrero Rocher to the more creative, like ChocoJazz, made with chocolate and peanuts. This is where you’ll want to try Perugia’s signature flavour, Baci, too. It’s made with chocolate truffle, ruby cocoa beans and a range of dark, milk, extra dark and white chocolate. 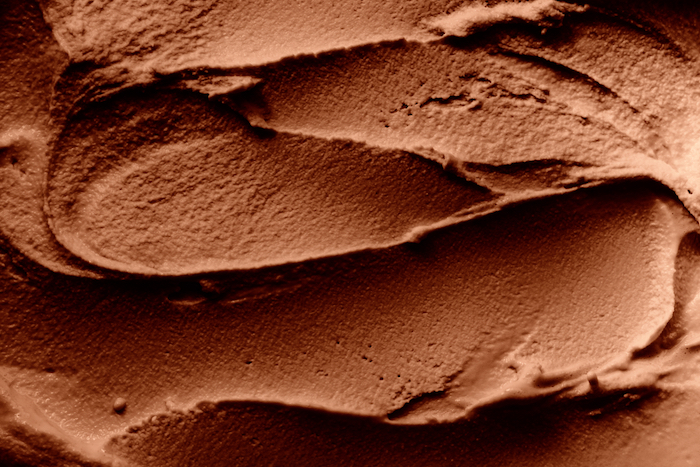 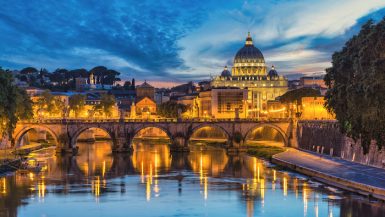