The Most Scenic Drives in North Carolina

As you start to meander down into the Southern states on these North Carolina road trips you will be struct by the natural beauty and the wide open spaces along the way.  You can hug the Atlantic coast for spectacular views or head inland to enjoy the Appalachian Mountains.

The state is home to some fantastic national parks and one of the longer drives would ideal for a vacation with friends or family with several stops along the way. Add in great history, culture and food along the way and this will be a journey you won’t forget in a hurry.

You won’t be in the car long before you realise that North Carolina road trips are right up there with the best in America.

This scenic drive winds along the Blue Ridge Mountains and offers visitors the opportunity to enjoy some of the best mountain views in the world. There’s so much to admire en route; as the Parkway approaches Asheville, it offers breathtaking views of some of the highest peaks east of the Mississippi River and access to the area’s best hiking trails. 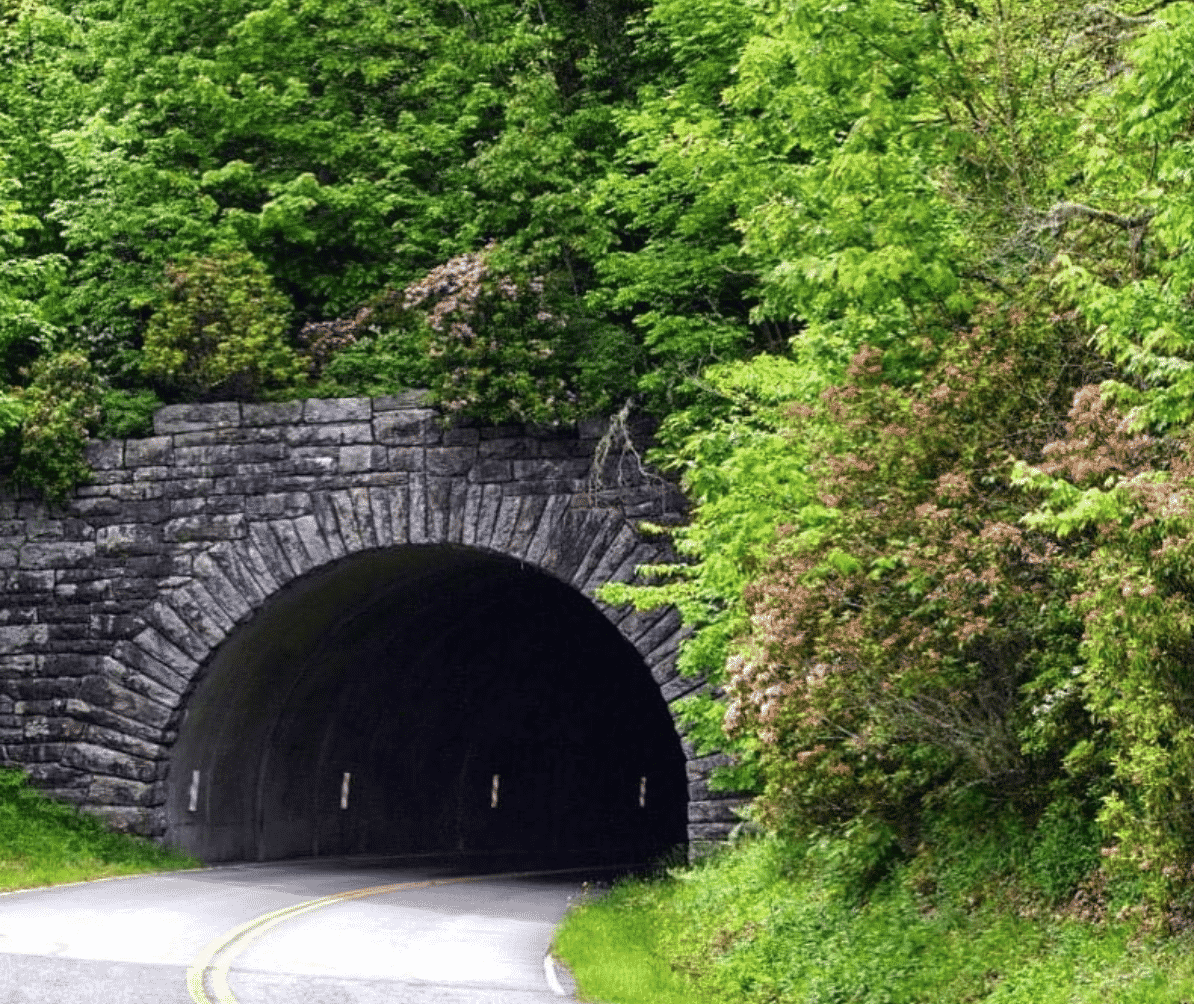 View some of the best mountain scenery in the world from this National Scenic Byway through the Cherokee and Nantahala national forests. Drive along the the Tellico River, stop at overlooks to take in expansive views of the Tennessee Valley and waves of mountain peaks, hike to high elevation mountain summits or nearby Joyce Kilmer Memorial Forest.

When to do it: Spring, Summer, and Fall 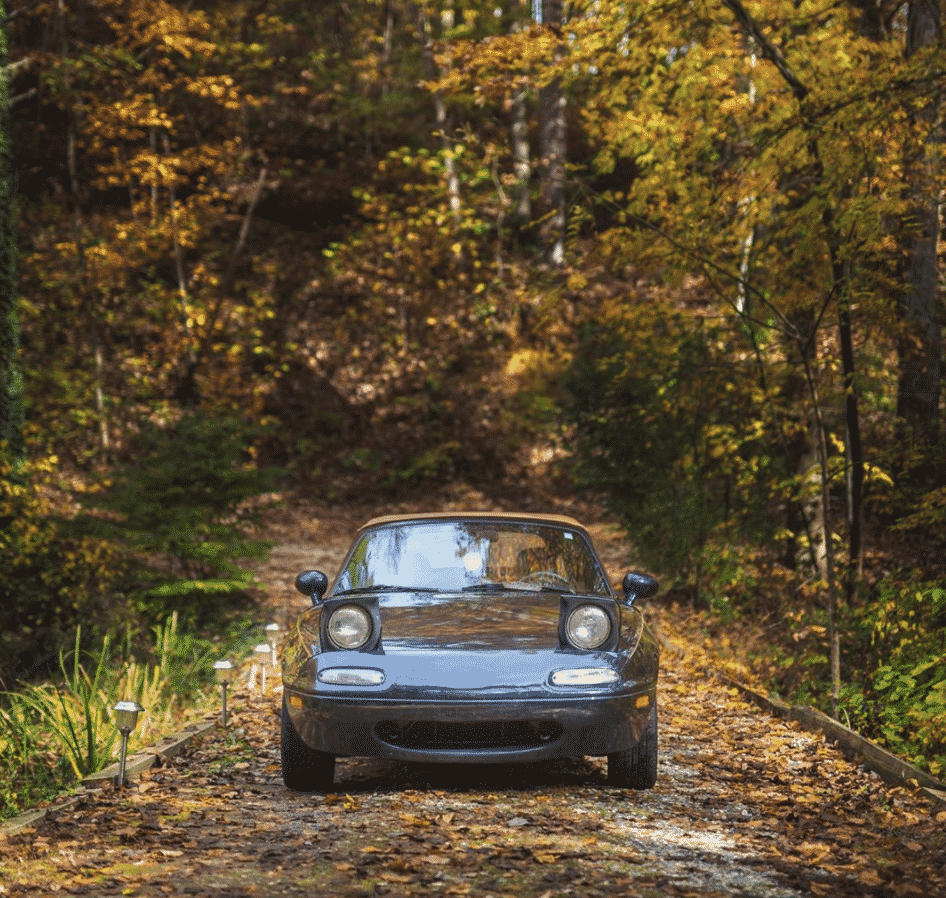 The National Seashore stretches across 70 miles of shoreline, encompassing seven villages on Hatteras Island, and providing visitors with miles of undisturbed, scenic beaches as well as some of the prettiest natural drives on the East Coast. Best bit? Beach driving is allowed year round on Hatteras Island and October 1st-April 30th in Nags Head and Kill Devil Hills! 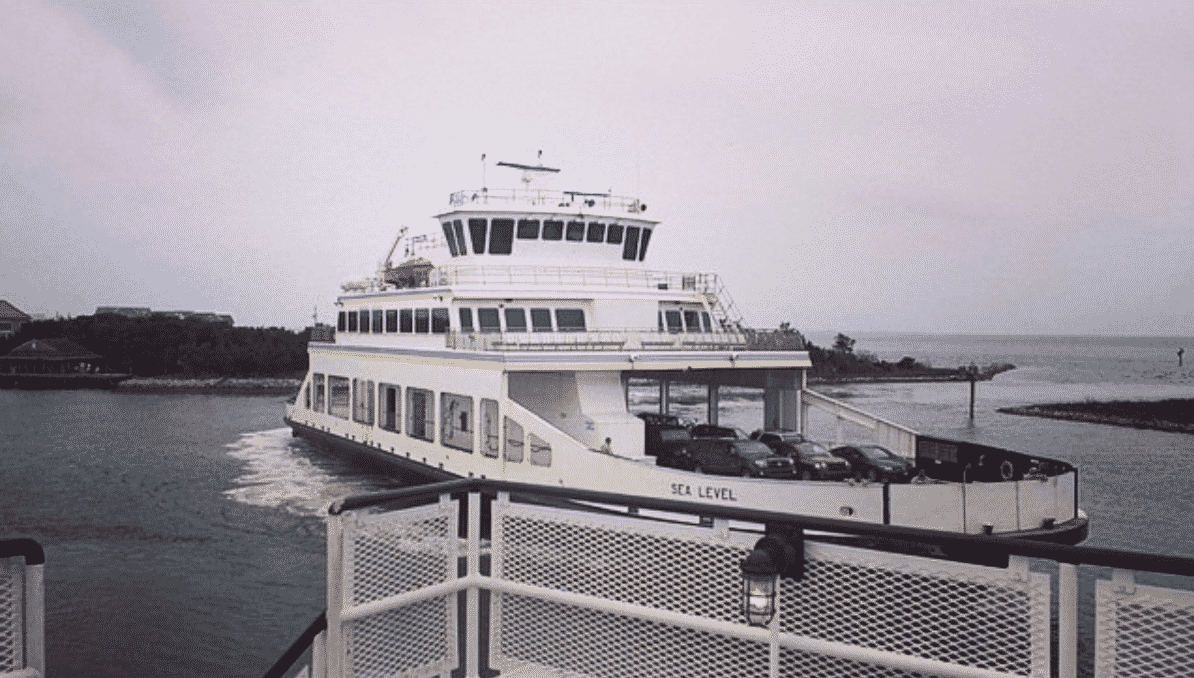 Also known as the Yonahlossee Trail, the historic Little Parkway travels through undeveloped wilderness areas in the Pisgah National Forest. This Scenic Byway passes the natural wonders of the Linville Gorge and Falls, Linville Caverns, and Grandfather Mountain, as well as the back entrance to the Moses H. Cone Memorial Park. 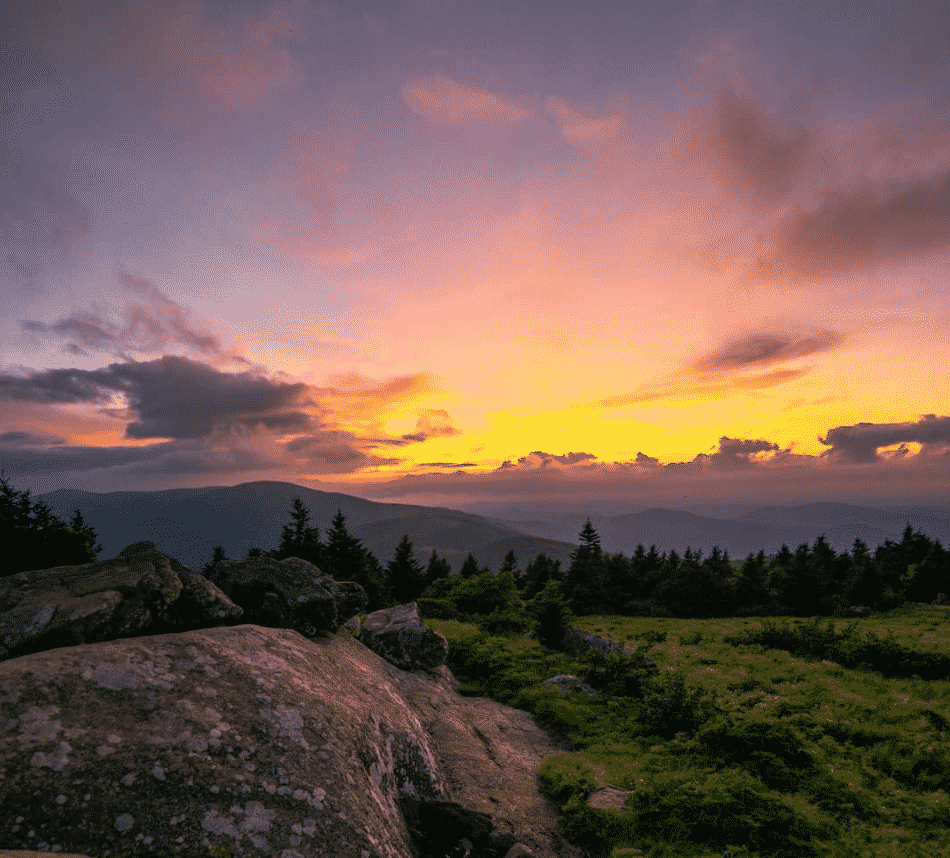 This byway is named for Nantahala Gorge, and passes through 20 miles of it. The Cherokee used “Nantahala” to mean “Land of the Noonday Sun.”

Why noonday? This is most likely for the steep walls that frame the Nantahala Gorge, an impressive site that you’ll tour as part of this swirling byway. Nearby, the Nantahala River has become legendary for its whitewater. Just depart from Marble, head east and don’t stop until you pass Wesser.

When to do it: Fall 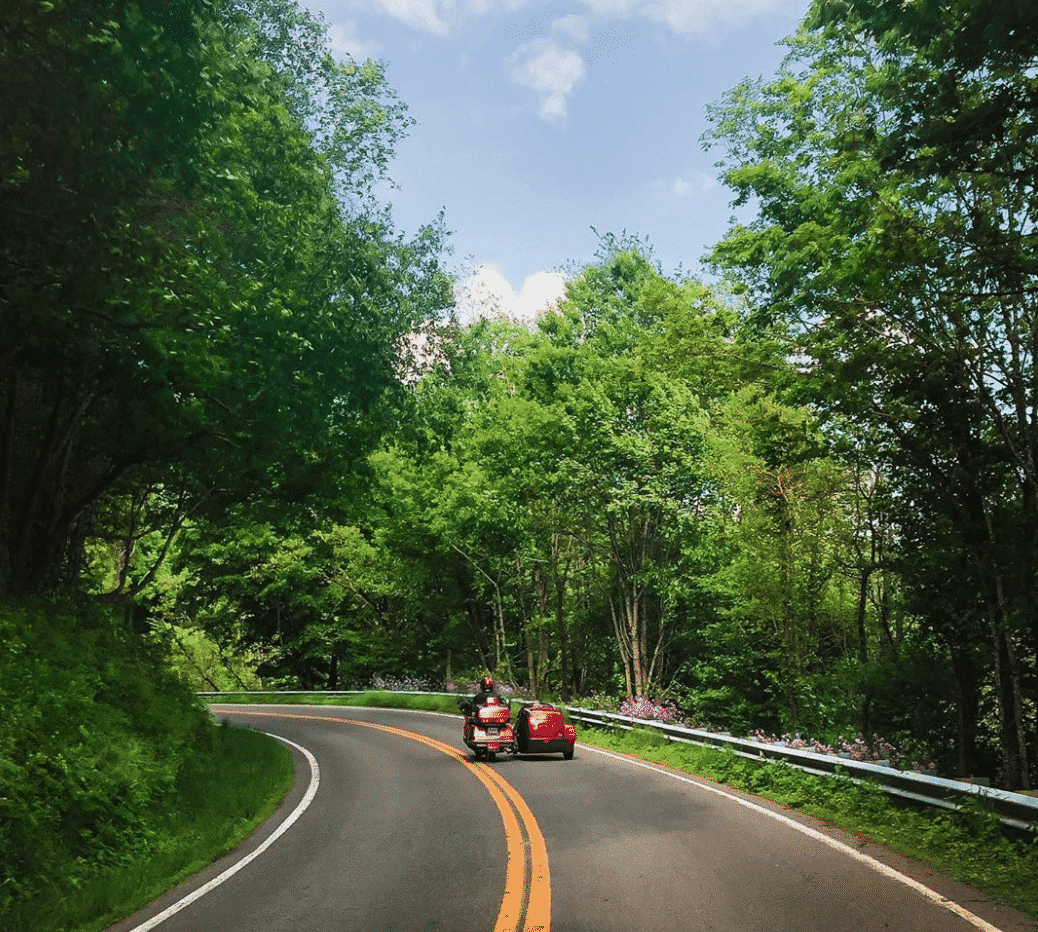 The North Carolina Waterfall Byway Scenic Drive winds 98 miles through Western North Carolina, and gets its name from the more than 200 waterfalls along the route! Expect to enjoy scenic views, plenty of cascading waterfalls, and visits to some popular and unique small towns in Western NC. 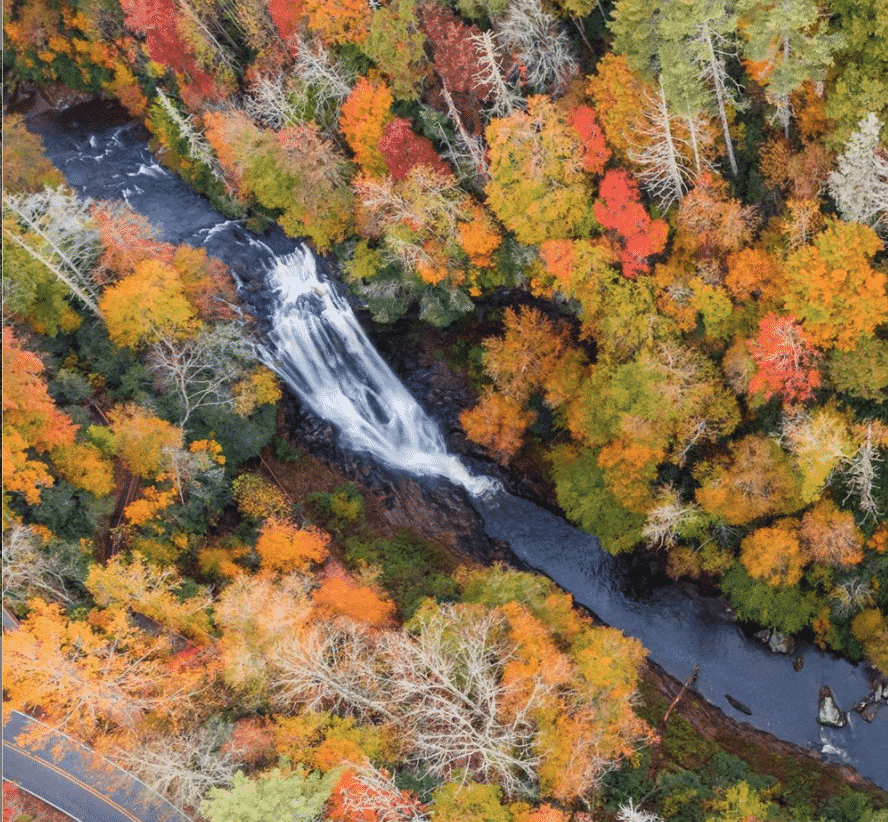 Probably the most famous motorcycle drive in the East, you’ll swerve around 318 turns in 11 miles on this nerve-racking route! This is one of the best places in the United States to test courage on a motorcycle or your motor vehicle of choice. Follow NC Hwy. 129 North at Deal’s Gap and out of Graham/Swain Counties into Tennessee.

When to do it: Spring- Fall 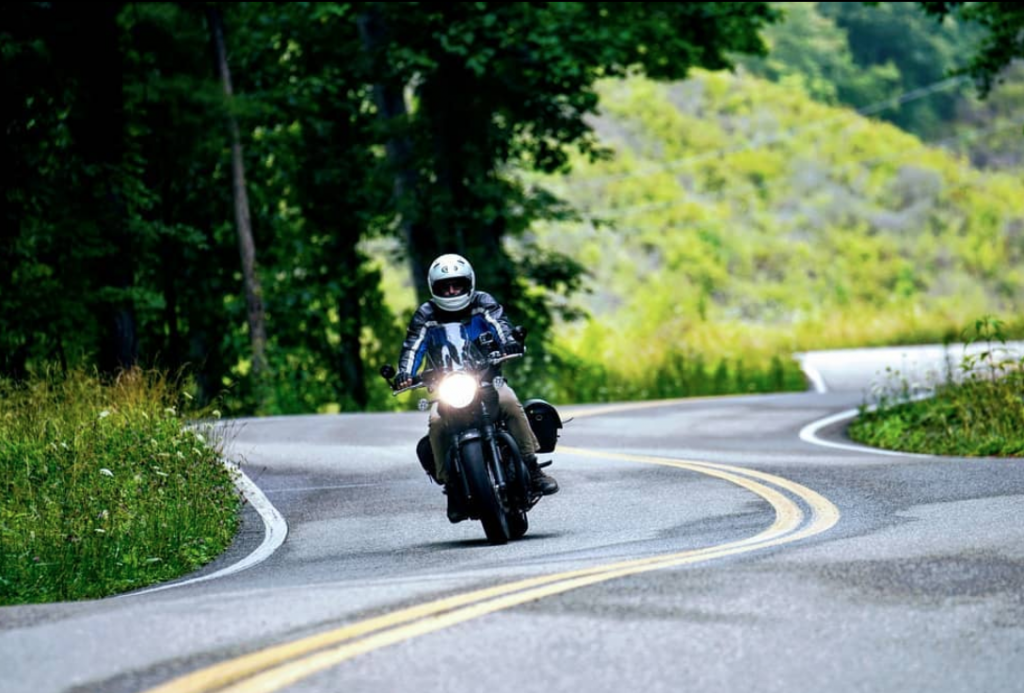 If you are spending time in the state check out The 25 Best Places For Chicken Wings In North Carolina.