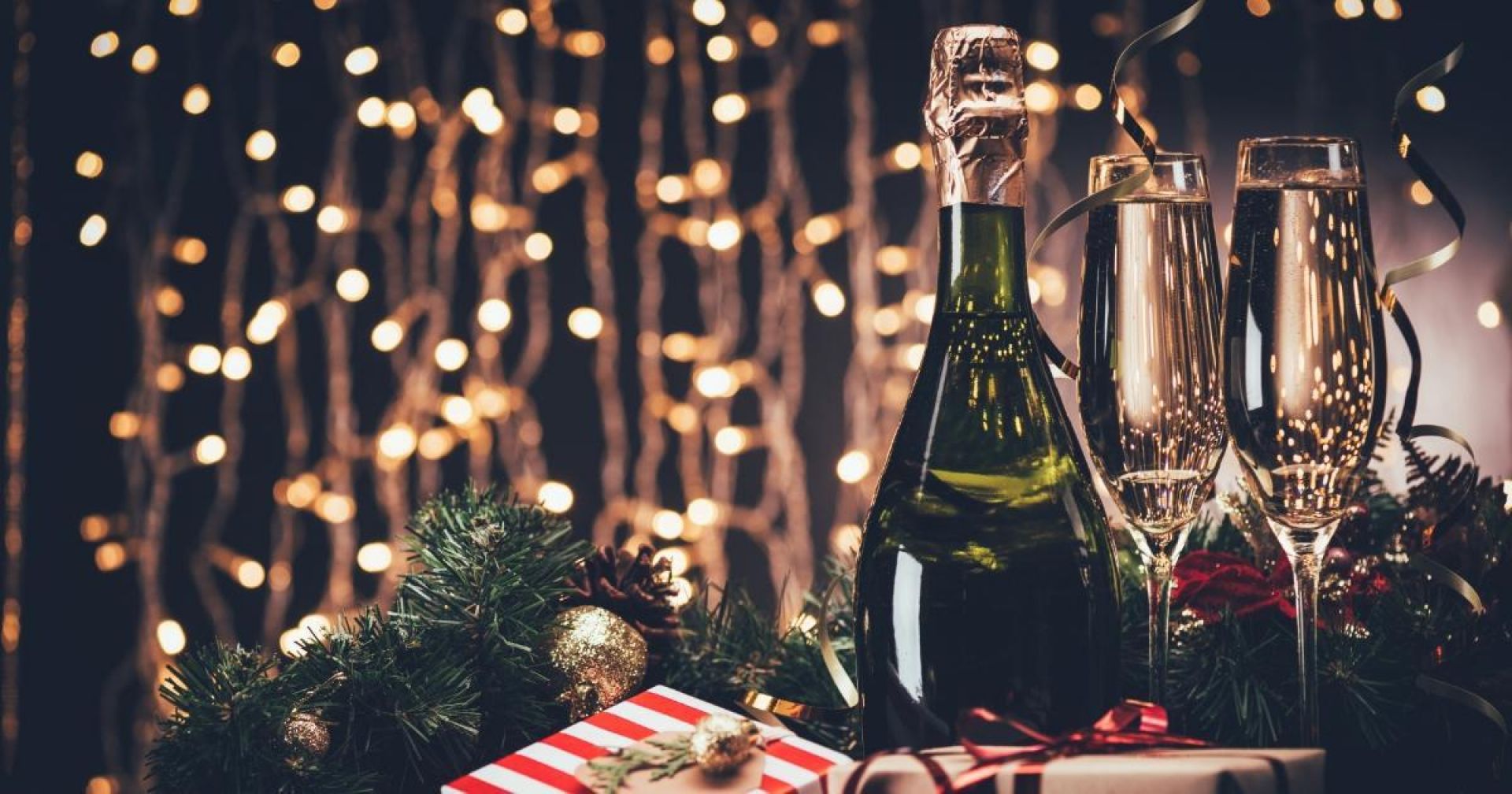 Most Fascinating New Year Traditions Around the Globe

New Year’s Eve and New Year’s Day are two of the most beloved holidays around the globe. For millennia cultures from all corners of the Earth have celebrated the turn of the year in their own way. From China’s epic Lunar New Year festivals to Rio de Janeiro‘s unbelievable beach celebrations, there’s much to love about this special day. This year’s pandemic has no doubt changed the way many will be celebrating the end of the year. With border closures around the world and many nations heading into another lockdown, NYE will definitely be different. But that doesn’t mean it has to be cancelled altogether. We thought we’d share with you some of the most interesting New Year traditions around the world to help quell your wanderlust in the meantime. 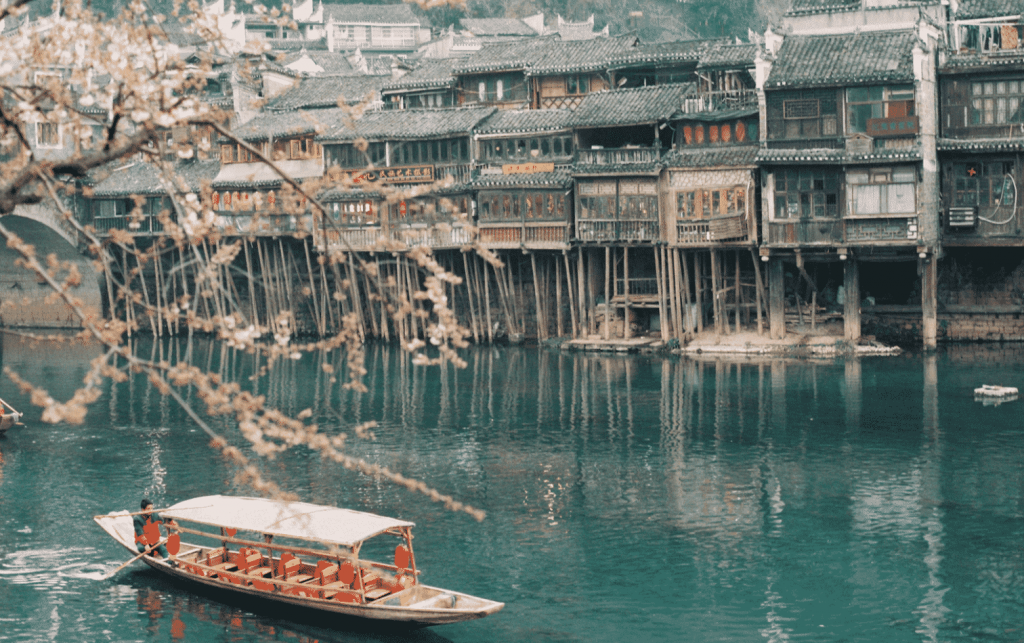 New Year Foods, Traditions and Customs From Around the Globe

A Bit of History on the New Year Holiday

The earliest celebrations of the New Year can be traced back 4,000 years to ancient Babylon. The Babylonians followed a lunar calendar and kicked off the start of the new year on the first new moon following the spring equinox. Today this would fall around late March. To commemorate the day, they held a massive religious festival lasting eleven days named Atiku. Derived from the Sumerian word for barley, Atiku was all about the spring harvest. Each of the eleven days would include a different ritual in honour of the Babylonian sky god Marduk.

Two thousand some odd years ago, when Julius Ceasar realigned the calendar with the sun, he declared January 1 a national holiday for the New Year. January was aptly named after the Roman god Janus who had two faces – one forward-facing and one backwards. Very poetic given that New Years Day symbolises the closure of an old year and beginning of a new one.

Fascinating New Year Traditions From Around the Globe

Russians celebrate the onset of the New Year in a number of ways, but the most interesting is the use of ashes. One popular tradition on NYE is to write down your wishes for the upcoming year on a small piece of paper. Afterwards, burn the paper and drop it into your champagne glass to drink at the stroke of midnight. 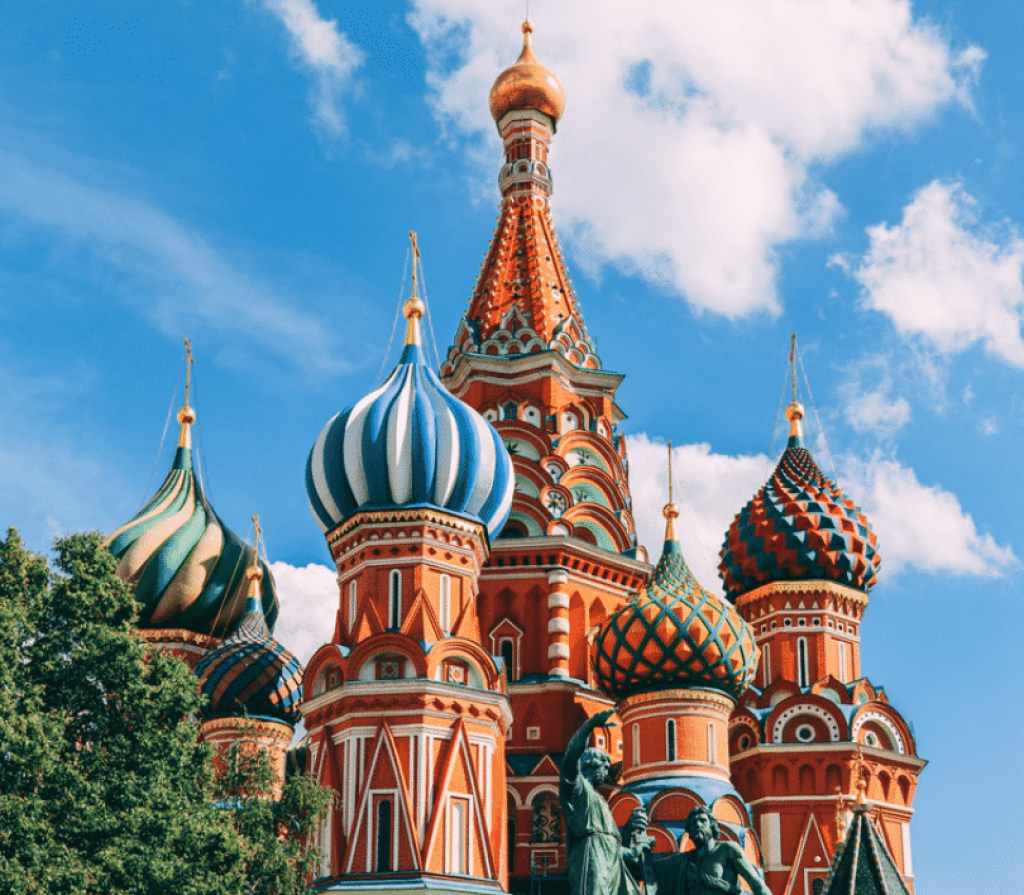 If you plan to celebrate New Year the Scottish way, you better not come empty-handed. In Scotland, they celebrate Hogmanay which involves the traditions of ‘first-footing.’ The custom says that the first person to cross the threshold of a home on the New Year sets the tone for the year. Because of this, when visiting a house on New Year’s Eve or New Year’s Day, you should always bring a gift for good luck.

Wish your friends and family a Happy New Year in Scots: Haud Hogmanay!

In Spain, it’s customary to eat 12 grapes to ring in the year. Celebrators chomp on one grape for each ring of the midnight clock with symbolises the months now gone. In bigger cities like Barcelona party goers will celebrate in the main square passing around grapes and bottles of cava for everyone to enjoy. 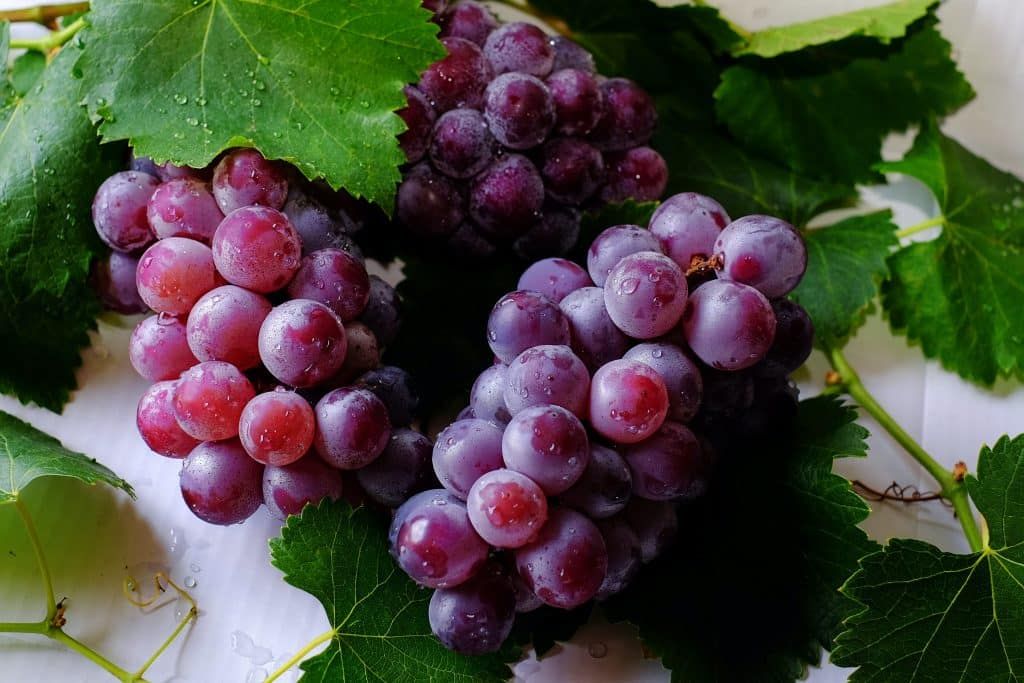 In Finland, people like to try their hand at fortune-telling with tin and water. In commemoration of the end of the year, tradition is to the cast molten tin into the water and see how it forms. If the tin looks more like a heart, you’re in for love the coming year. Or maybe the metal is shaped more like a pig? That means the coming year will be full of food and abundance.

Looking for a perfect NYE tradition to begin this year? With the halt of travel around the globe due to the pandemic, this one may be the way to go. In hopes of a travel filled New Year, Colombians carry empty suitcases around their block. Definitely a tradition worth starting to ring in 2021.

Residents of Denmark swing in the New Year in quite a unique way. On the eve of the New Year, plates and glasses are thrown against the doors of family and friends. Why, you ask? To banish evil spirits, of course. Legend goes that the more smashed plates, the better. So if you’re in Denmark and wind up with a plate of smashed ceramic on your doorstep January 1, take it as a sign of good luck.

Wish your friends and family a Happy New Year in Danish: Godt Nytår! 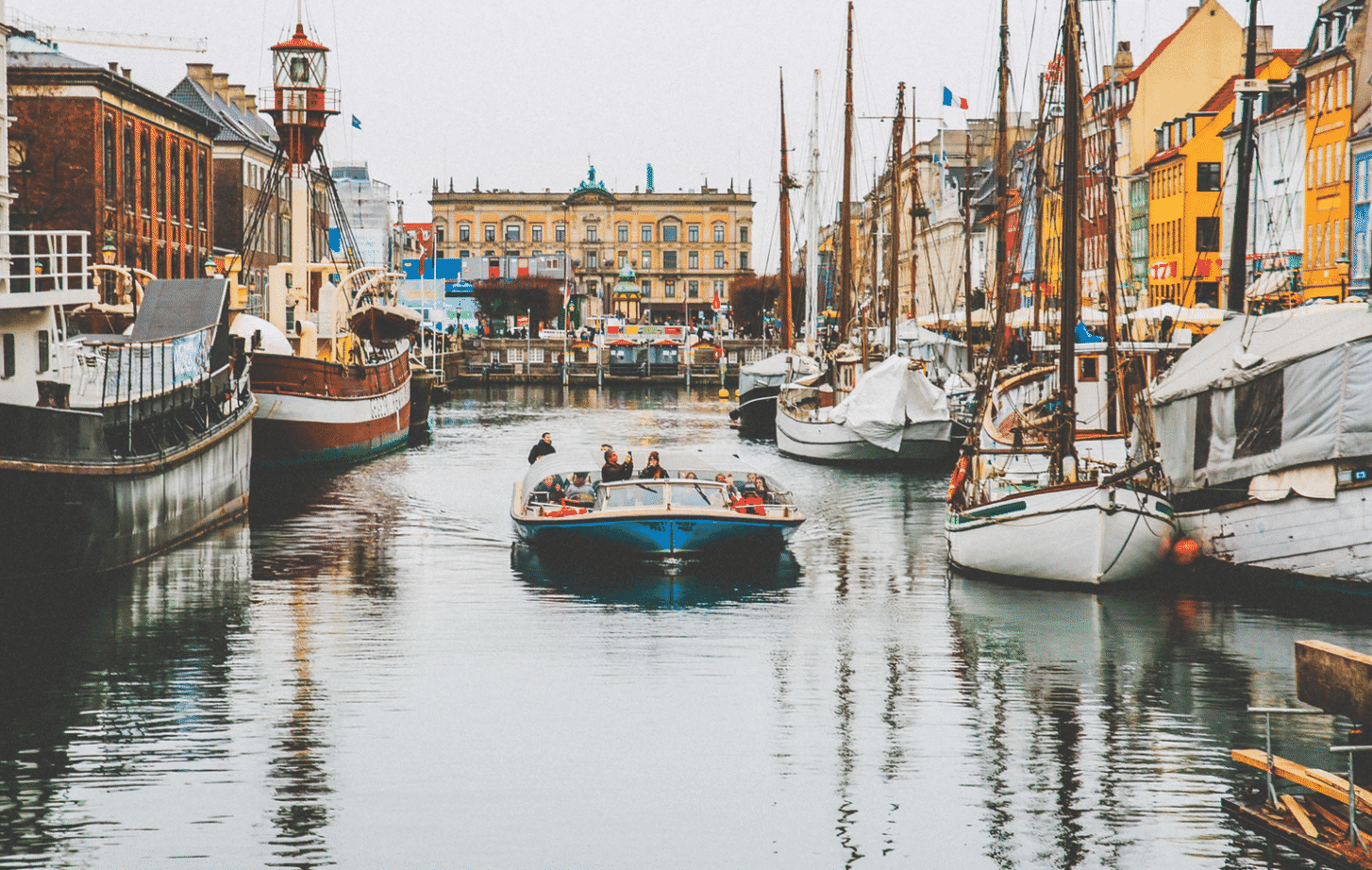 Circles, Spheres and Dots – The Philipines

In the Philipines, they bring the old year full circle (pun intended!) with the use of all things spherical and circular. Throughout the gorgeous Southeast Asian island country, you’ll find round shapes of every kind in the New Year Eve season. Most commonly represented are coins to symbolise the prosperity of the coming year. Additionally, many locals don polka dot outfits for good luck. This quintessential Southern NYE dish consists of black-eyed peas, pork and rice. The peas and pork play a special role in this classic New Years dish. The black-eyed peas symbolise coins, the pork represents prosperity and the rice – well, it makes a great bed for the two. Try your hand this at this Southern fave with Epicurious’ recipe for a great Hoppin’ John.

Oliebollen are eaten in copious amounts on New Year’s Eve across the Netherlands. These tiny spheres similar to doughnuts are made with sweet dough that’s peppered through with raisins or currants. Once deep-fried they are dusted with a bit of powdered sugar. Not in the Netherlands? Try to recreate the Dutch fave with this Honest Cooking recipe.

In Japan, it’s customary to slurp up some brothy soba noodles on New Year’s Eve. The symbolism is related to the bidding farewell to last year and wishing longevity in the New Year. The most popular Japanese noodle dish for NYE is easily Toshikoshi soba. The name translates directly to ‘year crossing buckwheat noodle’ and is eaten in Japanese homes across the nation. Spins on the soupy noodles vary by region, but most commonly they are topped with fried fish cakes or tempura.
Check out Just One Cookbook’s step by step recipe here.

If there’s one thing Germans seem to love when it comes to food, it’s pork. New Year’s Eve and New Year’s Day are no exception, either. However, in addition to a suckling pig at dinner, you’ll find adorable little treats called Marzipanschwein. These good luck pigs or ‘Glücksschwein’ are pig shaped treats that symbolise the prosperity pigs are thought to bring and usually given as gifts.
Follow German Girl in America’s recipe to get crafty at home with your own Marzipanschwein.

The perceived luck of fish can be found all over the world – especially in Poland. Thanks to their abundance of eggs laid at a time and symbol of a large bounty, it’s no surprise they’d be an ideal NYE treat. On New Year’s Eve, it’s customary to gulp down Sledzie Marynowane or, pickled herring in English. Twenty-four hours before the big day, the herrings are salted and pickled with sugar, onion, allspice and more. Want to try your hand at this briney Polish treat? Check out Taste Atlas’ recipe.

So, we know that Russia burns ashes to swirl in their champagne glasses. But it turns out other cultures have some interesting alcohol-related customs for New Year’s Eve, too. Here are a few interesting drinking traditions from around the world.

In Japan it’s customary to share a spiced sake or ‘otoso’ between family members. On New Year’s Day, the warm spiced sake is passed between three generations from oldest to youngest. This is so the elders can ‘absorb’ the youth and vitality from their descendants. 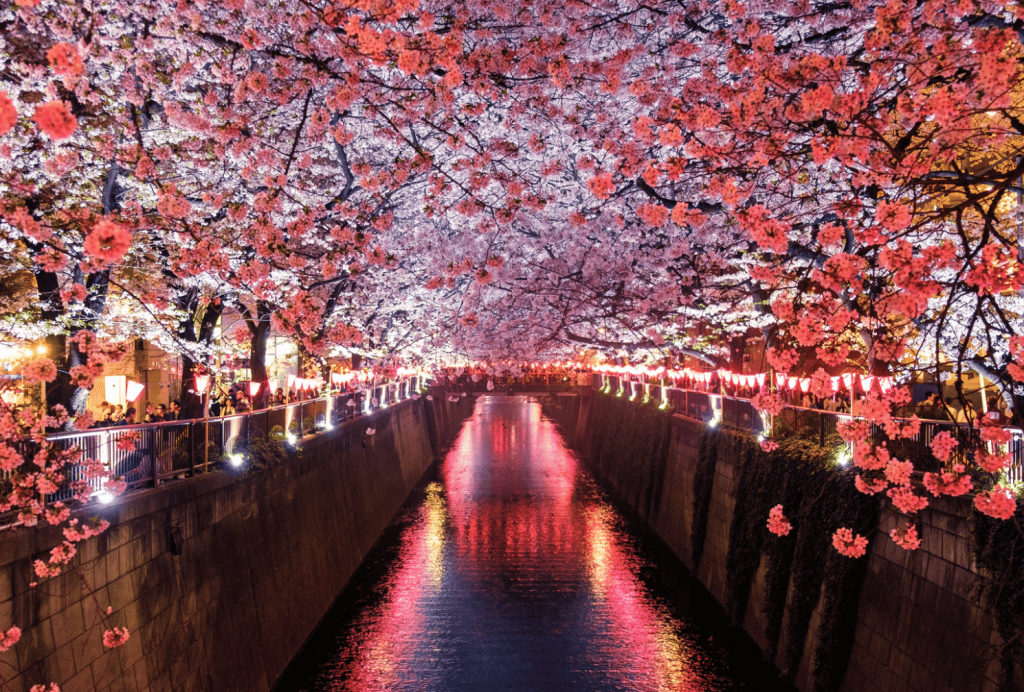 In Spain, one popular drinking tradition is to place something gold in your cava glass. Anything from a ring to a coin can be used as long as it’s gold. Ya know, to symbolize good fortune. Be sure to gulp the cava down to retrieve the object and have good luck in the coming year. Just don’t swallow it! 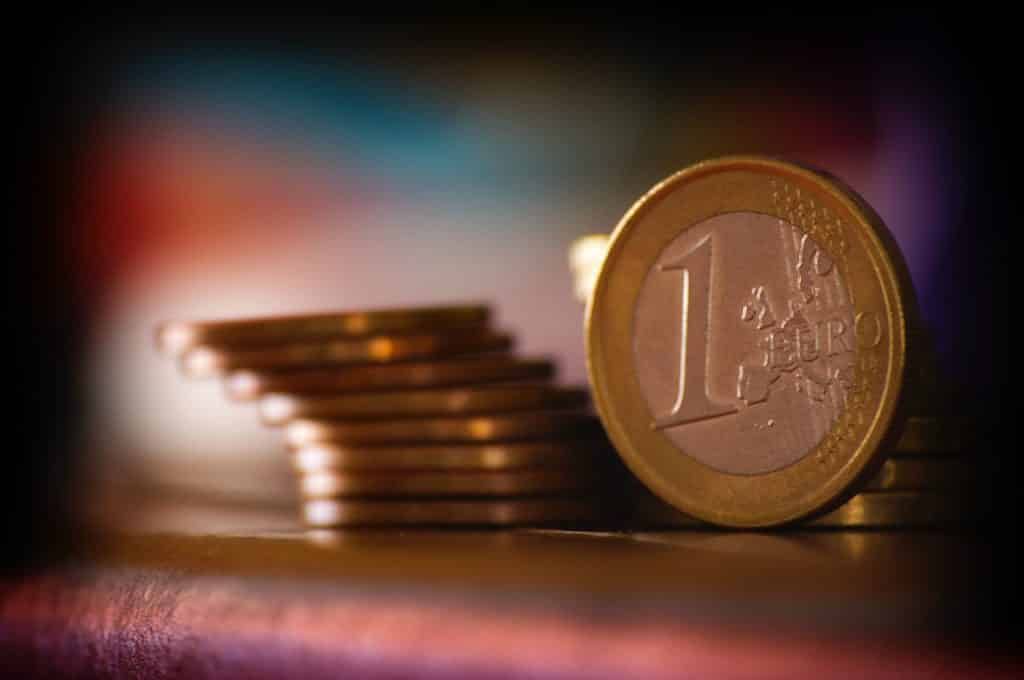 Everyone knows that the most iconic way to commemorate any celebration, especially the New Year, is with some bubbly. We know that champagne is a symbol of celebration but why? Well, originally champagne was a symbol of status and associated with luxury and class. The real reason behind why it’s so symbolic of goodness and celebration however is the bubbles themselves. When a glass of champagne is poured and the bubbles dance over the top, it’s a visual symbol of an abundance and joy. China follows a lunar calendar and kicks off the New Year on the second new moon following the winter solstice. This places the celebration somewhere between late January and early February each year. It’s one of China’s most beloved and travelled for holidays with nationals all over the country making the journey to celebrate with family. The festival lasts seven days and is one of the most vibrant and colourful celebrations in the world. You’ll find the entire nation decked out in red from the millions of lanterns, red dresses and red envelopes that symbolise good fortune. Every year (in pre-pandemic times at least) travellers from all around the globe flocked to NYC to celebrate the New Year. The Big Apple is famous for its holiday celebrations from the annual St. Patty’s Day parade to the yearly Christmas shindigs. New Years Ever is no exception. The famous ball drop event is one of the cities most travelled for holidays packing 2 million people into Times Square to watch the special event. This year the Ball Drop is going fully virtual. See how you can celebrate NYC style remotely here. 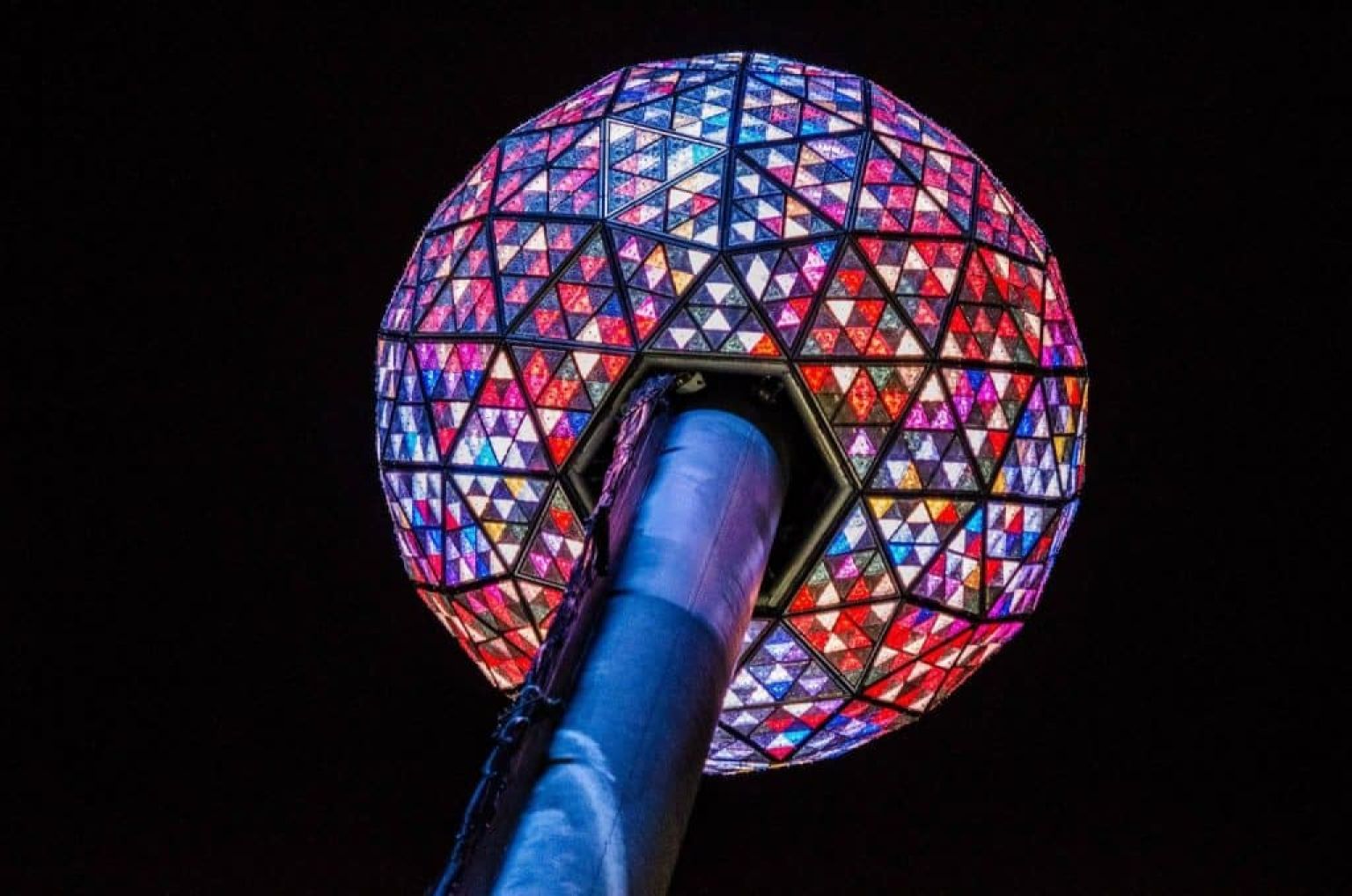 Australia’s most iconic city puts on one of the most spectacular fireworks shows in the world to kick off the New Year. Each December 31, the famous Opera House and Harbour Bridge are brought to life with a massive firework show that lights up the midnight sky. Last year more than a million spectators took to the harbour to ring in the New Year. Even better? Australia is one of the first countries in the world to ring in the new year annually, so you’ll be ahead of the game. 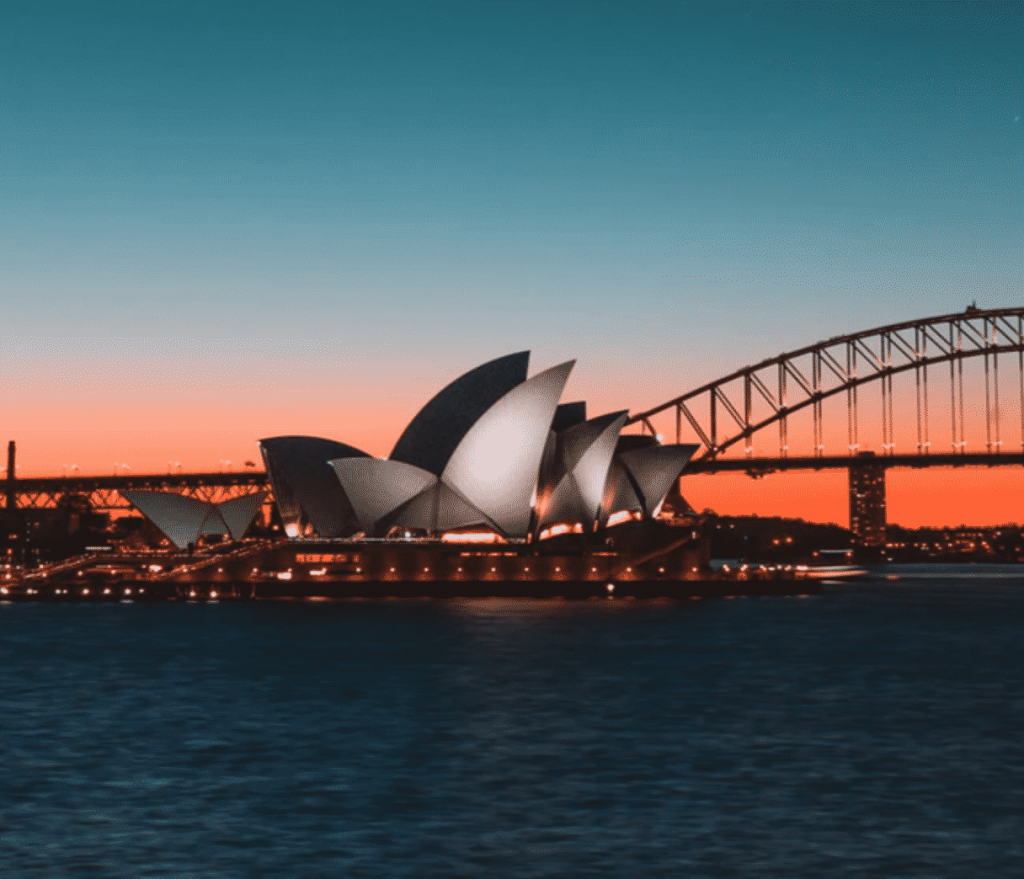 Suppose your idea of a great NYE celebration includes an epic party alongside two million other revellers in one of South America’s most vibrant cities. In that case, Rio de Janeiro is the place to be. The main celebration takes place on Copacabana Beach and features a huge slew of music performances, fireworks and some serious partying. Drawing nearly 2 million tourists each year, Rio hosts one of the largest NYE celebrations worldwide. In Brazillian tradition, everyone hits the water once the clock strikes midnight to jump through the waves for good luck. 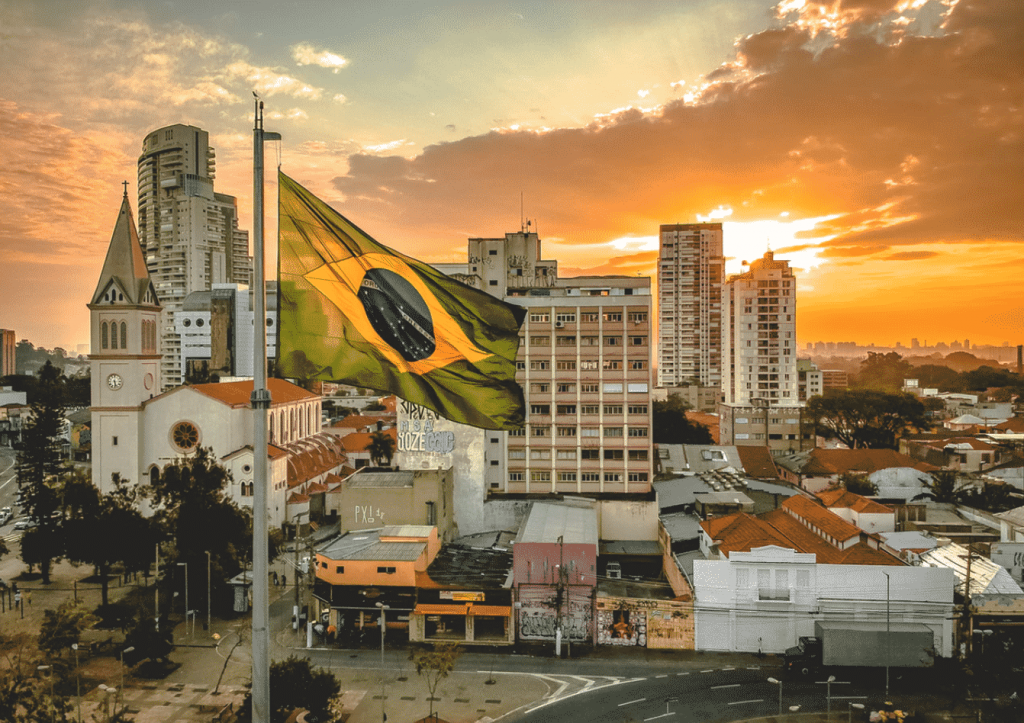 One of the most spectacular places to ring in the coming year is Cape Town, South Africa. Each year the Mother City puts on one heck of a New Years show with entertainment, food, partying and fireworks galore. If you fancy true partying involving nothing but live music, dancing, drinking and waving the year goodbye, the beach party is the place to be. Plus, the surrounding scenery of Table Mountain and the rough Atlantic shore don’t hurt either. The best part is the annual Cape Minstrels parade which takes place every January 2.