There’s scenic waterfalls all across Europe – some are easy to get to, others a little harder. From famous falls to ones that are a little less known, these are the seven spectacular waterfalls in Europe that you need to see at least once.

Legend has it that waterfalls make us happy, they are said to increase our bodies’ production of serotonin, which relieves stress and depression, and boosts our energy and happiness! As if we need any more excuses to go stand under these beauties…

Here are seven of the most spectacular waterfalls in Europe…

You’ll find Goðafoss waterfall along the river Skjálfandafljót in north Iceland, the fourth largest river in the country. This is easily one of the prettiest waterfalls in Iceland, with a name that means either waterfall of the gods or waterfall of the ‘goði’ (priest/ chieftain). 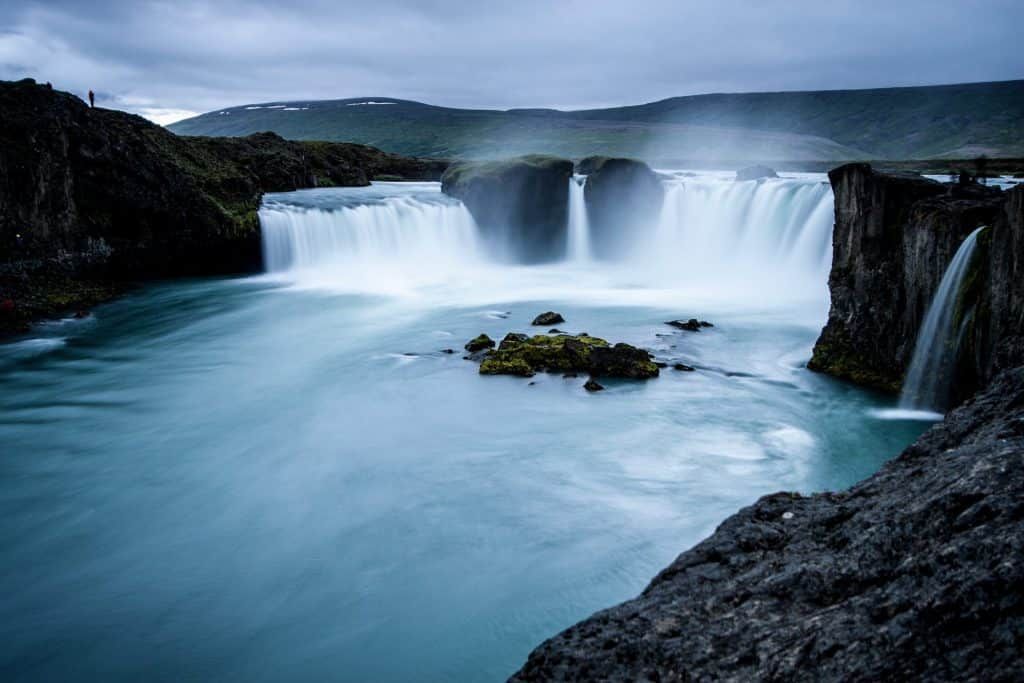 Cascada del Nervion or Salto del Nervión is the highest single-drop waterfall in Spain with a single drop of 222 meters.

This waterfall is on the border of the Burgos and Álava provinces. To reach this waterfall, it’s just a short walk 3.2km along a flat path. An easy effort to see such a beautiful sight.

The Fall of Foyers is a waterfall on the River Foyers, which feeds into the shores of the famous Loch Ness.

The river foyers drop a spectacular 140 feet into the gorge and the water cascades into a rock amphitheater. This waterfall has been described as a “horrid caldron” when poet Robert Burns visited in 1787. We think it’s anything but horrid… Powerscourt is Ireland’s highest waterfall standing at a height of 121 meters, located in beautiful parkland at the foothills of the Wicklow Mountains.

The Waterfall is known for its fauna and flora, the Sika Deer can be found roaming around and it’s surrounded by Beech, Oak, Larch, and Pine trees some of which were planted over 200 years ago. Kjelfossen is one of the highest waterfalls in Norway. Near the village of Gudvangen, it falls at a total height of 705 meters and is listed as the 18th tallest waterfall in the world!

Seeing these falls is a must-do experience when you’re exploring Norway. 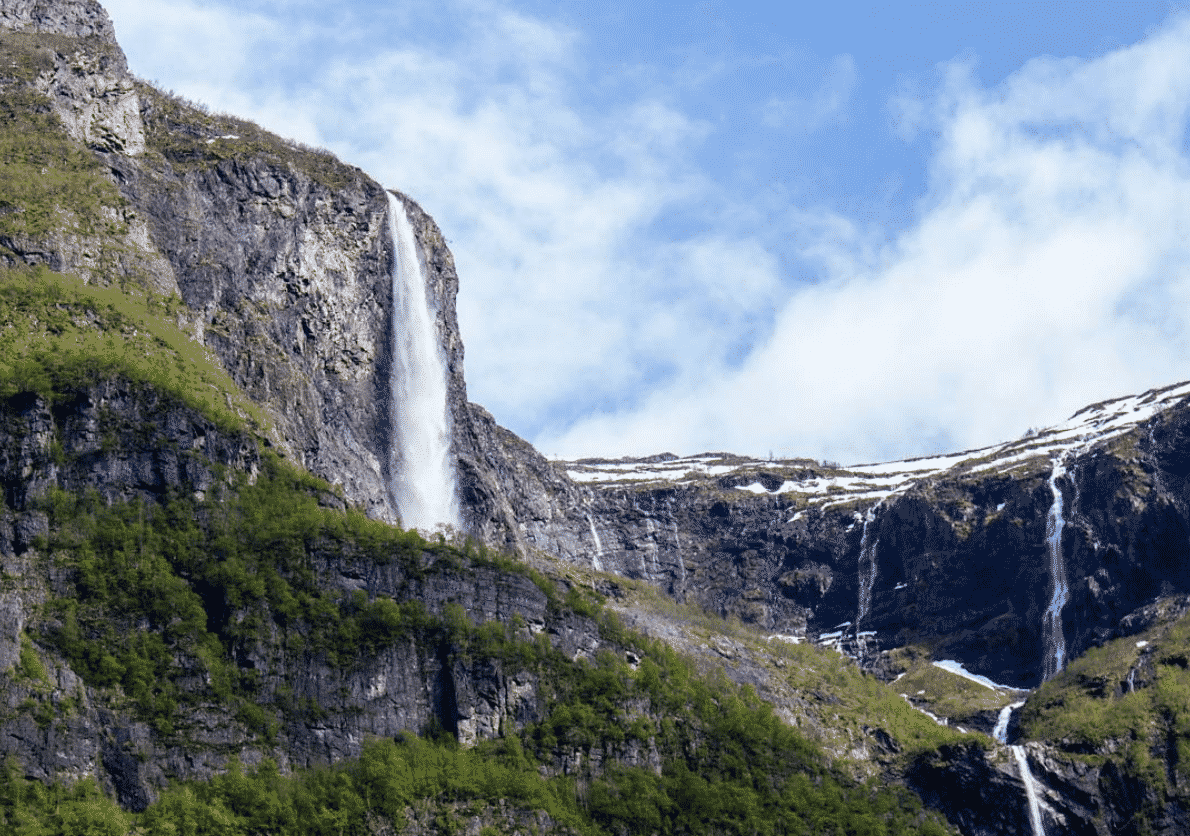 The Krimml Waterfalls stands a total height of 380 meters and is the highest waterfall in Austria. There’s just something magical about all green pine trees that surround the gushing falls.

It is a tiered waterfall and descents downwards in three stages, it begins at the top of the Krimmler Ache valley. The highest point of the waterfall is 1,470 meters above sea level. 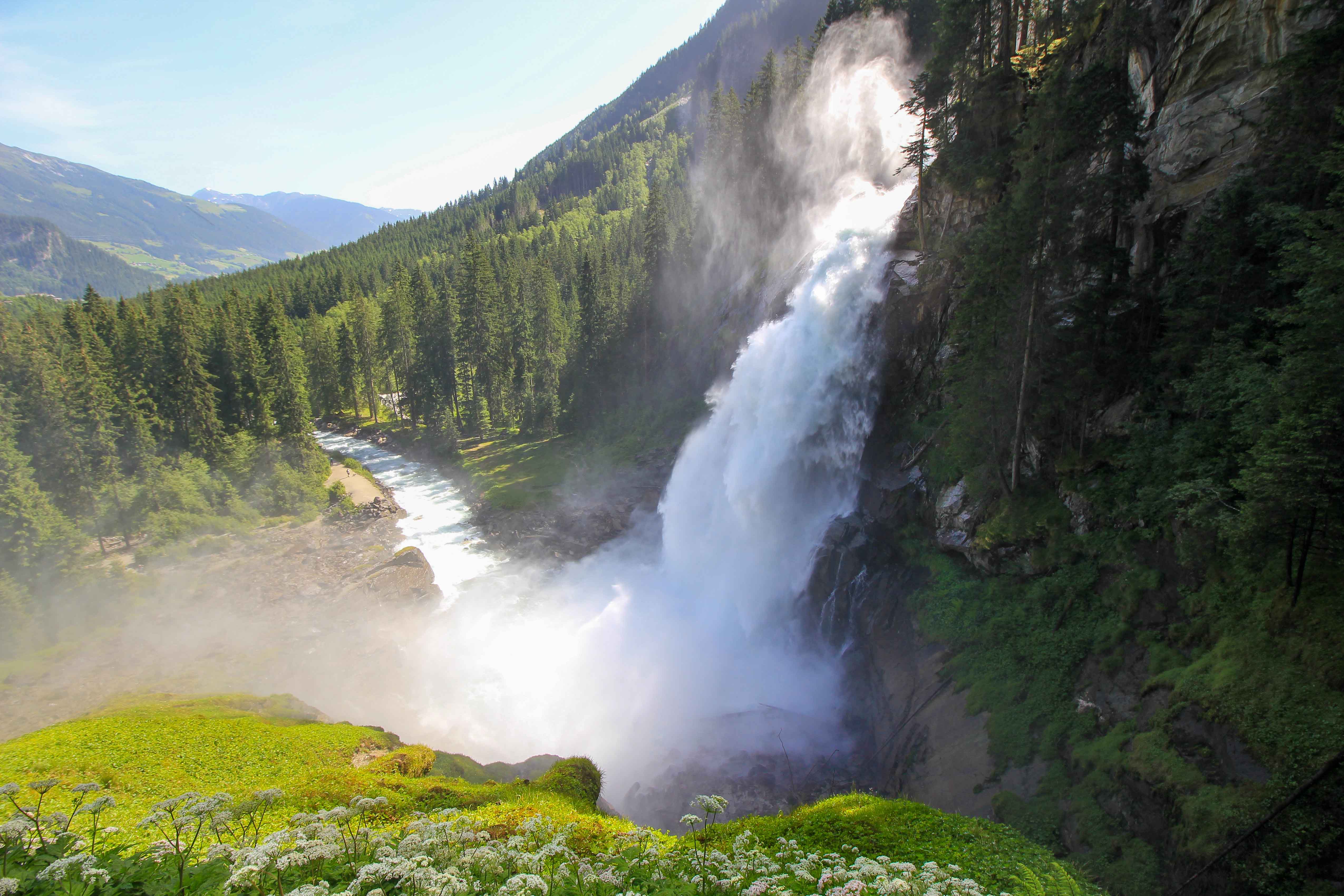 For something truly spectacular though you will want to head over and check out The Best Times To Visit Niagara Falls.