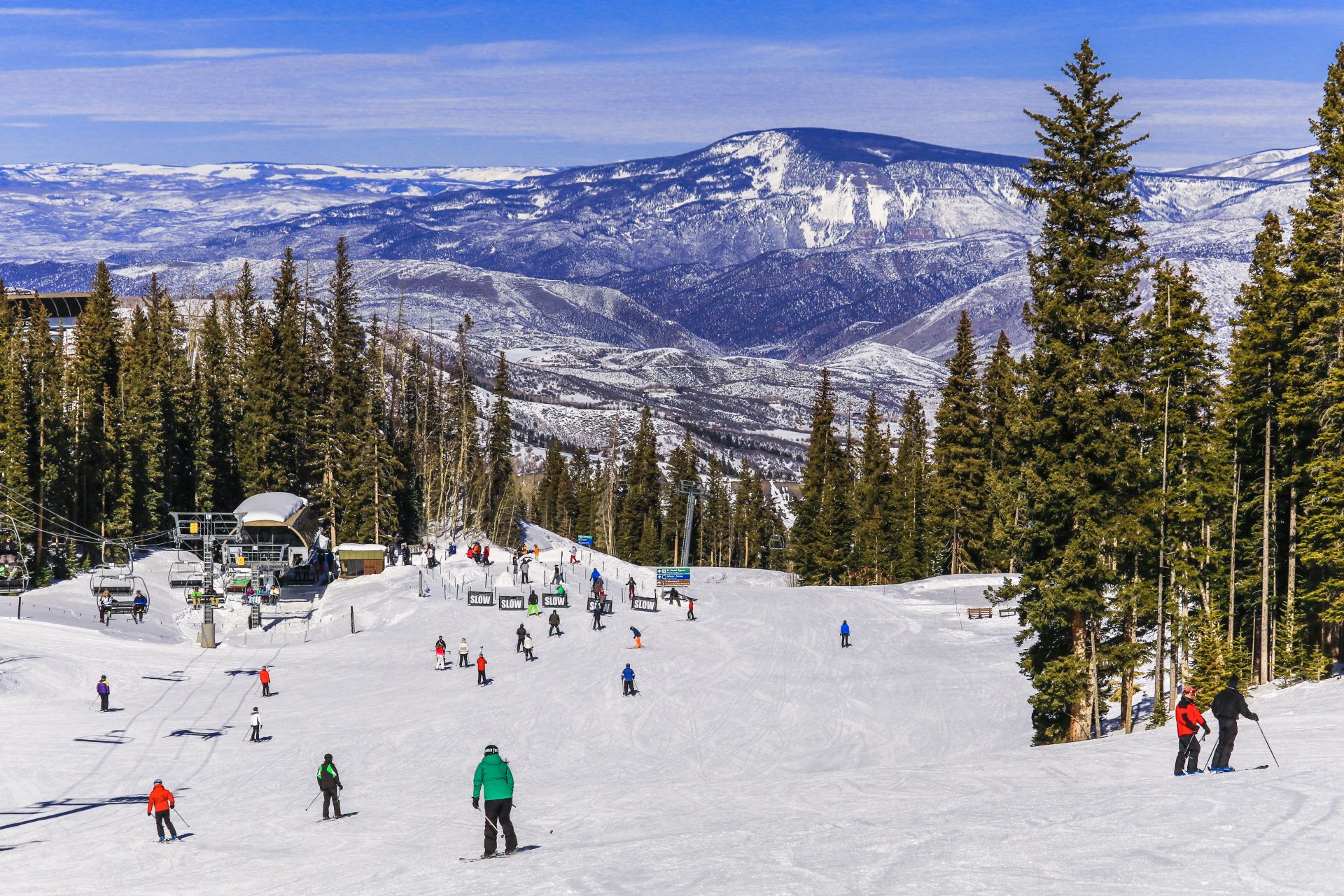 Where Do Americans Go To Ski?

In the winter, Americans are never too far from a slope or a mountain to zip down. While skiing in Europe is relatively popular, the majority of ski-goers choose to stick closer to home. In fact, there are on average 15 million skiers in the United States as of 2022. Between the freedom of going 50mph down a mountain, to the dramatically stunning landscapes, to the festivities of après skiing, it’s not hard to see why so many Americans flock to ski resorts each year. With more than 470 resorts in the US, choosing where to can be a challenge.

It’s a huge undertaking, requiring lots of research and time. There are the Adirondacks, Appalachians, the Rockies, and many more. A safe bet is doing as the Romans do, or skiing where the Americans ski. We’ve narrowed down seven of the most popular places that Americans go to ski.

Where do Americans go to ski?

For a blend of hardcore skiing and après skiing, Vail has the complete experience. The snow is considered particularly good for skiing, making it ideal for skiers at any level. Remember to wear sun cream, as Colorado is known for its 300+ days of bright sunshine. Come nighttime, you’ll find a different kind of thrill. Bars and clubs come alive on the resort, rounding off a day of shredding across 5,300+ acres of skiable terrain. Soothe your sore head out on the open mountain the next day – a hangover cure for the ages. 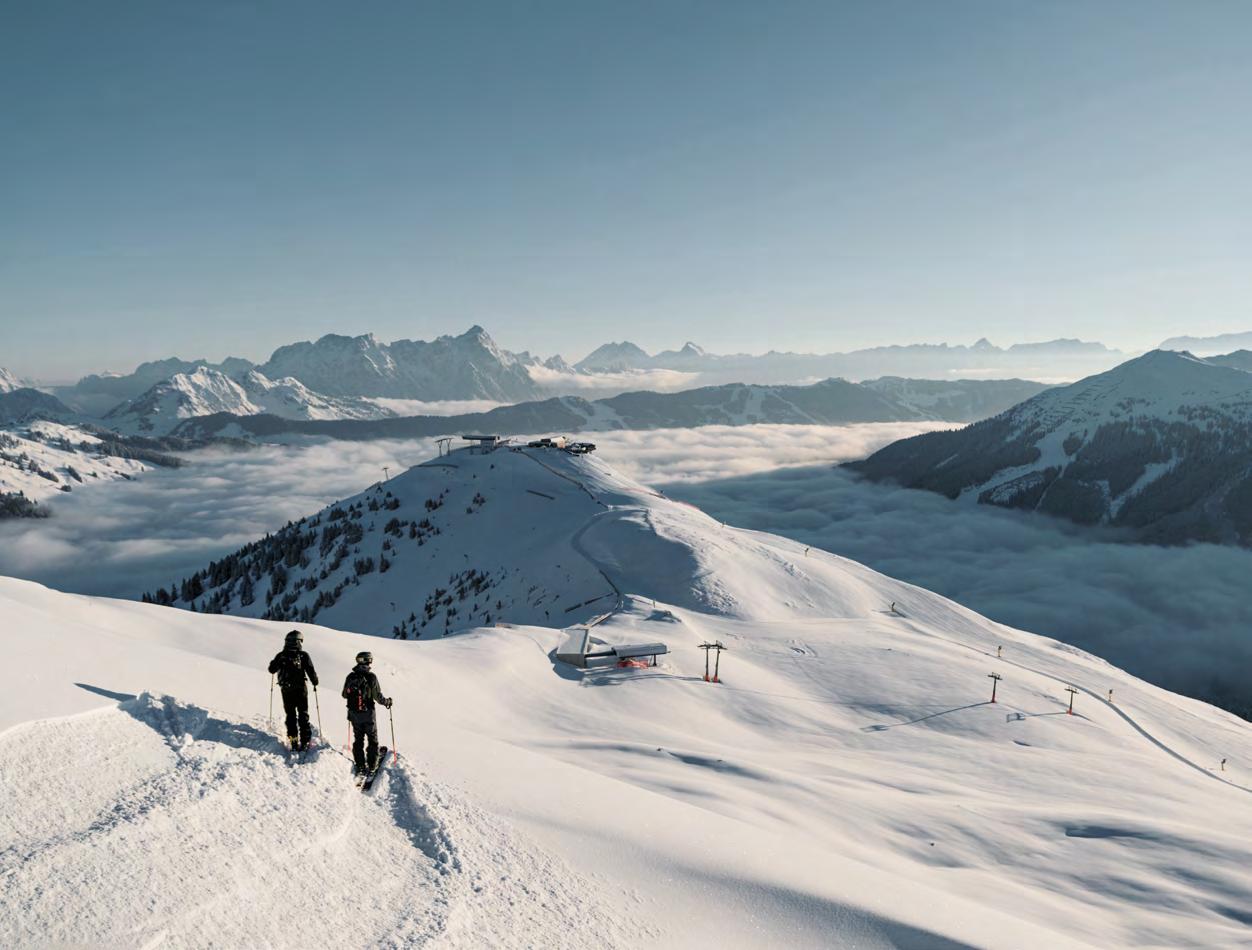 Steep terrain, 450 inches of snowfall annually, and one of North America’s biggest vertical drops. It’s clear to see why Jackson Hole is one of the States’ most sought after ski destinations. It’s not only one of the most popular ski resorts in the US but the entire world. There are 116km of slopes for avid skiers and snowboarders to rip down. Although it’s long been considered better suited to more advanced skiers, the resort has recently expanded its beginner and intermediate terrain.

The Sierra Mountains of California are known worldwide for their incredible skiing, Tahoe generally being the most revered. But, we think there’s something to be said about Heavenly’s 4,800 acres of skiable terrain, 97 runs, and 1,600 foot plunges. One of its runs is a whopping 5.5 miles, certainly giving other ski resorts in the country a run for their money. Despite its 360+ inches of annual snowfall, the sunny state of California doesn’t disappoint with 300+ days of bright blue skies. With a wide-spanning terrain so big it’s spread across California and Nevada, newbies and experts alike can enjoy this impressive ski resort.

Although visitors often consider the West Coast the place to be for skiing, Killington Ski Resort proves them wrong. Referred to as the ‘beast of the East’, its 155 trails and six terrain parks offer some of the best skiing in the entire country. It’s known for its 3,000+ foot drop, dizzyingly high even for Colorado standards, and a notoriously bubbly après ski scene. Killington is well worth a visit. 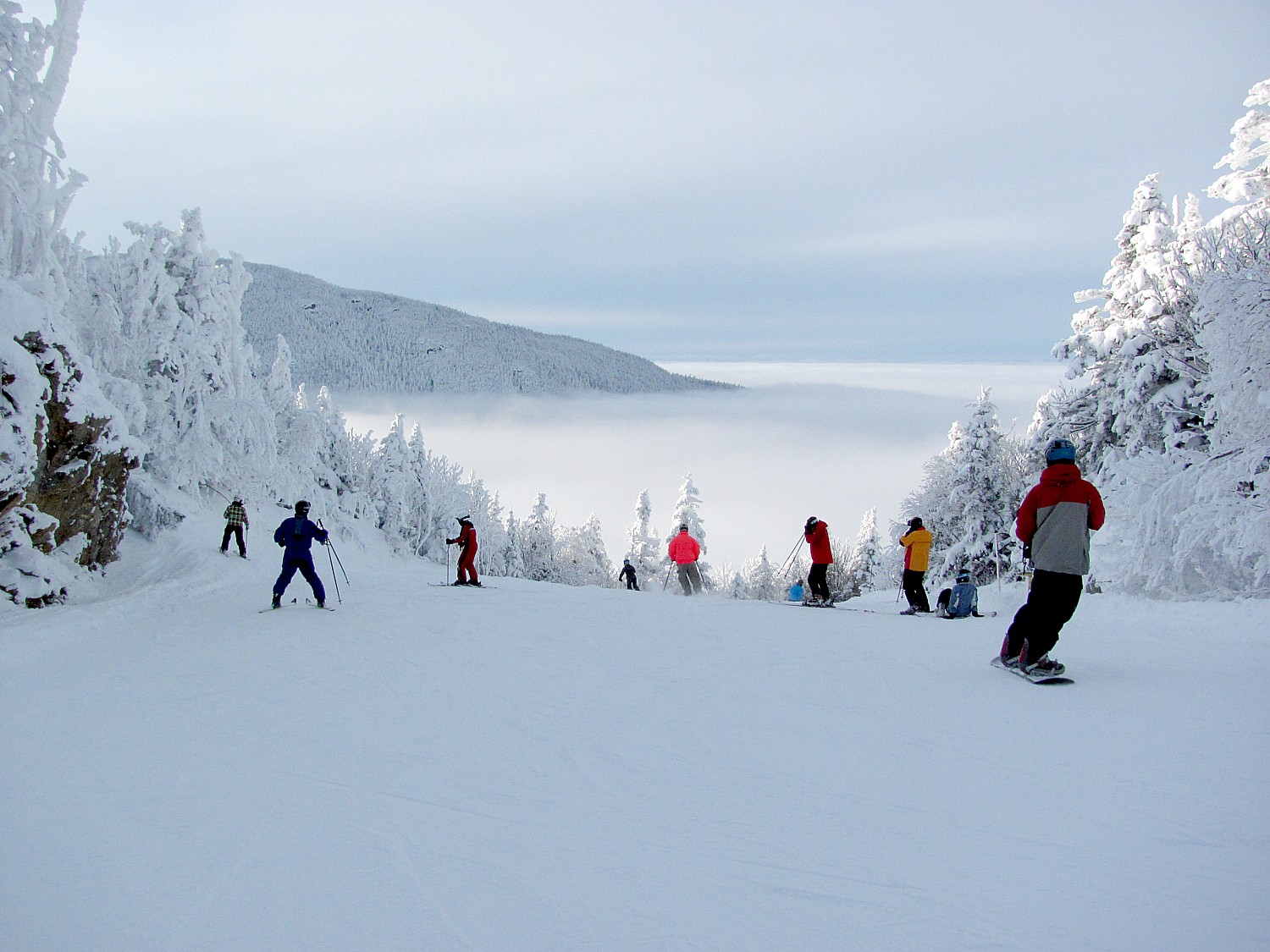 What would a compilation list of ski resorts be without getting Utah in the mix? Alta is classic skiing at its finest, with expert train, pristine snow, and a paradisiacal landscape. Known worldwide for its powder skiing, it boasts many expert runs and steep chutes to really see the powdery snow spray. Its trails are particularly challenging, and best suited to advanced and expert skiers. However, there is one program for beginners to get stuck into. Alta is proudly an old school ski area, note the ‘area’ rather than ‘resort’, and snowboarders aren’t allowed on these slopes. 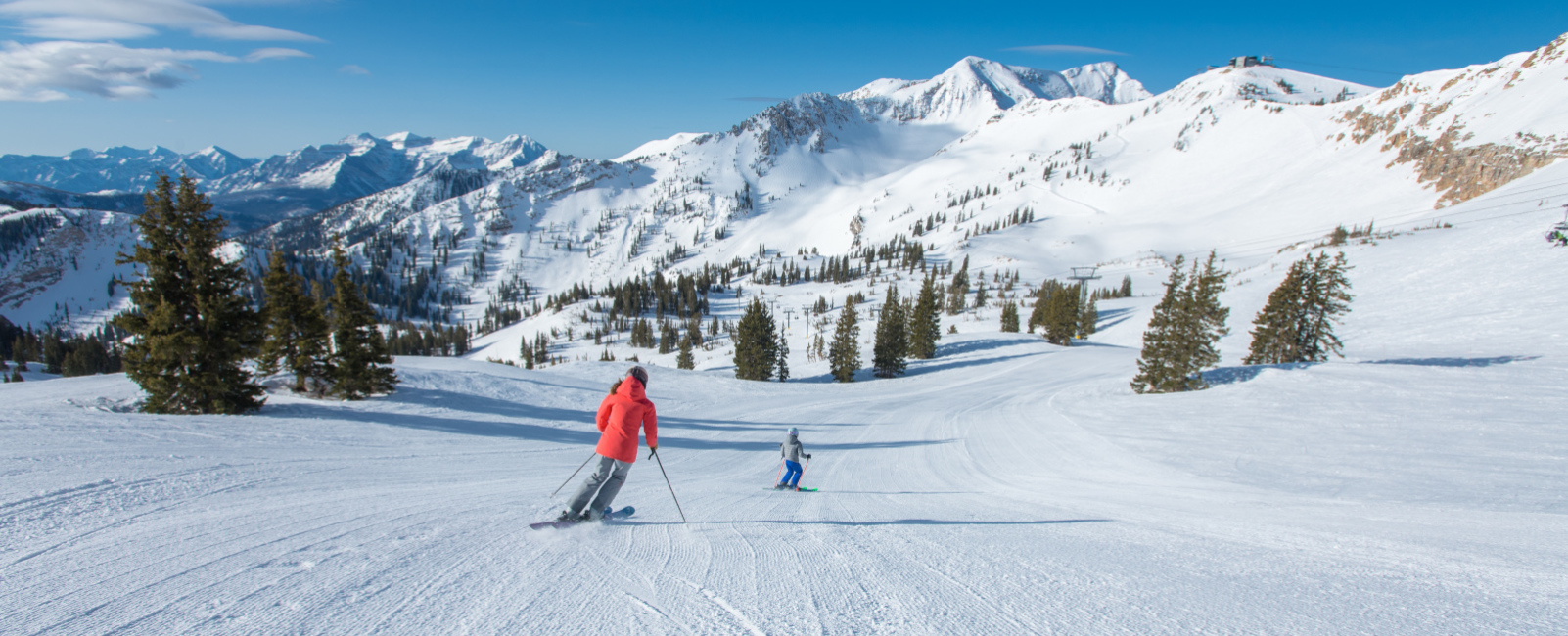 A particularly beautiful ski resort, Breckenridge is one of the most loved places to ski amongst Americans. It has some of the highest quality skiing in the US, consistently being ranked as one of the best ski resorts in the world. Skiing is notoriously costly, but Breckenridge offers packages to suit every budget. With a lively après scene, friendly atmosphere, five huge peaks, and rugged mountain scenery, there are endless things to see and do in this much-loved ski town. 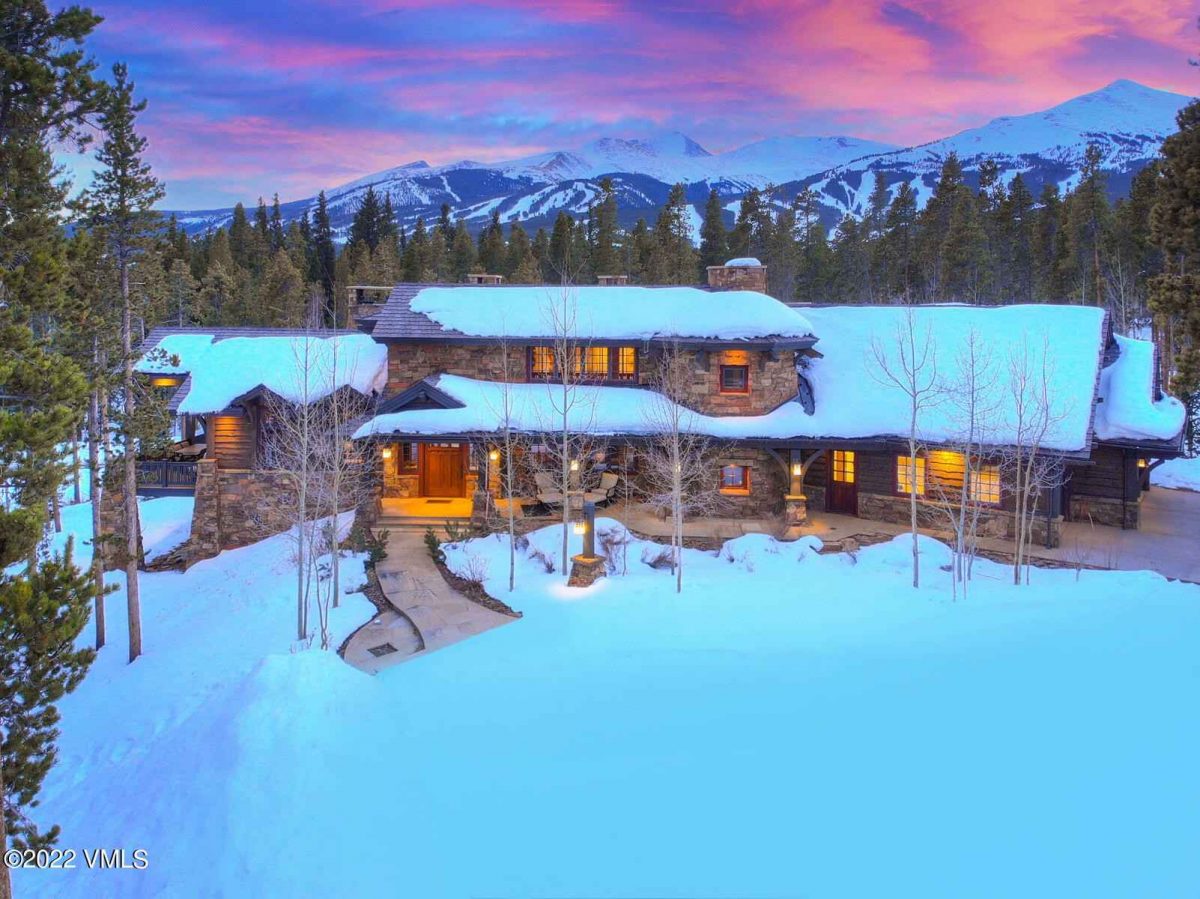 Thanks to its proximity to several metropolitan areas, Whiteface has crept up the list of popular places for Americans to go skiing. Not only is it easily reachable, but the variety is also surprising and impressive. For just 288 acres, you probably wouldn’t expect 90+ trails, exhilarating terrain full of jumps and chutes, and a 3,430-foot drop. The lofty heights offer incredible views over the Adirondacks mountain range, on par with some of the scenery you’d find out west. It’s also well suited to beginners and intermediate skiers, with designated trails and terrains suitable for any level. 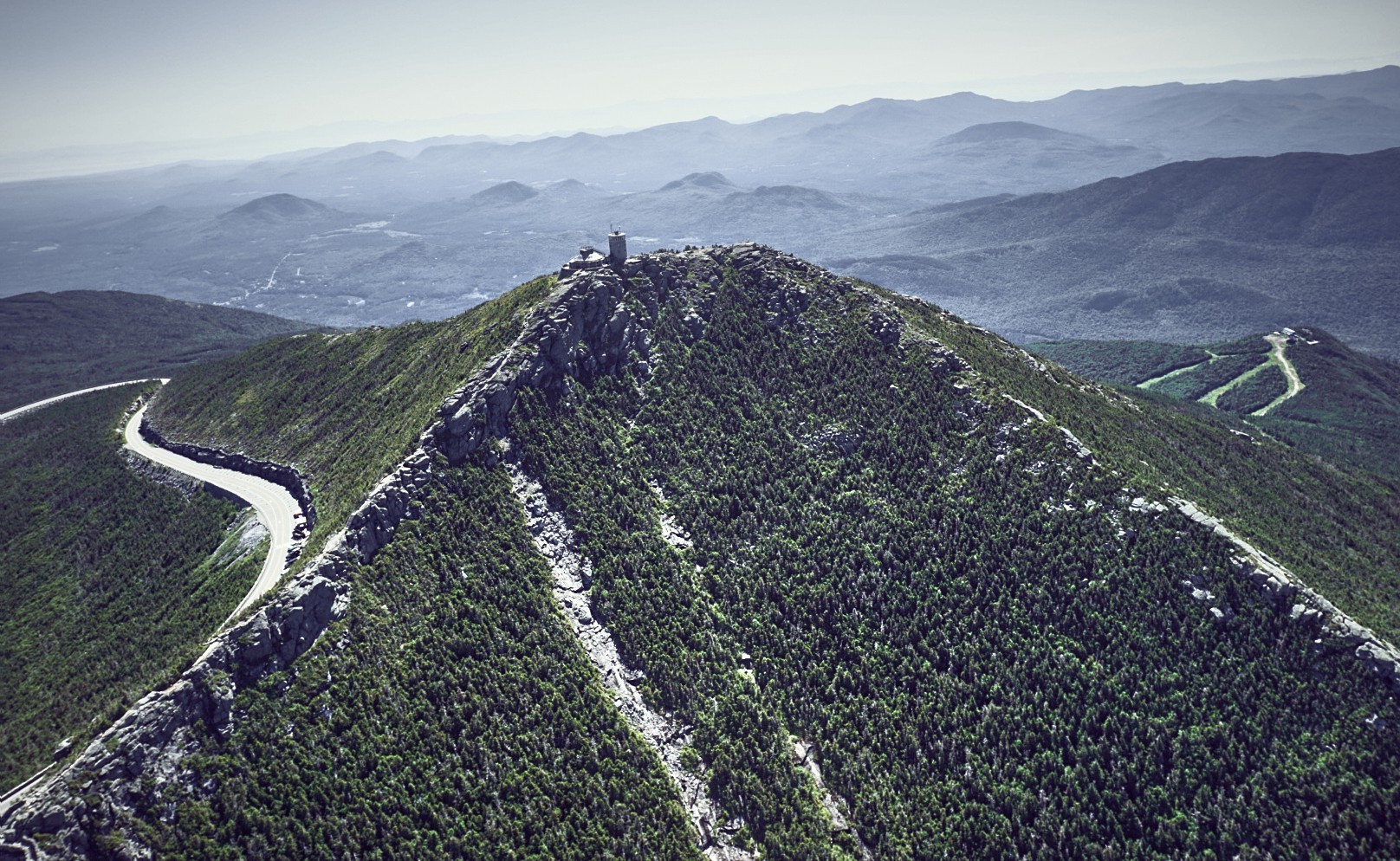