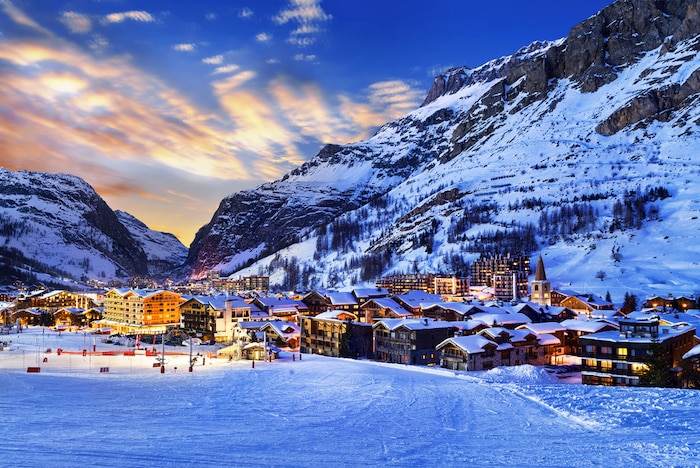 Around 1.5 million Brits go on at least one ski holiday every year, and 29% of them will go on two or more ski trips every year. But where and when do they go? February half term – a week-long school holiday in the middle of February – is the most popular time for Brits to go skiing, though those travelling with friends, in couples or solo, tend to venture out of peak time. Unsurprisingly, most Brits hit the slopes in Europe, but there are some popular ski spots further afield. From slopes for beginners to diehard downhillers, these are the most popular destinations where Brits go to ski.

While it might not be the most affordable, France’s ski scene is the most accessible to Brits. It’s just a short ferry ride to Calais, followed by an easy drive to the country’s showstopping ski resorts. There’s plenty to choose from too; the country boasts a staggering 250 ski resorts, 10,183 km of slopes and 3,156 ski lifts. Les Trois Vallées (Three Valleys) make up the world’s largest alpine ski domain. The largest and most famous of these resorts is Courchevel, which is particularly popular with Brits. Chamonix is renowned amongst Brits for its action-packed après-ski, iconic mountain ranges and Michelin-star restaurants, while Val d’Isere boasts some of the world’s best lift-accessed off-piste experiences.

More than 60 per cent of Austria is mountain, so it follows that there are some serious snow sports here. Bright-eyed Brits head here for steep slopes and a lively après-ski scene, but there’s something for everyone. For a traditional alpine experience, Brits head to Kitzbühel in the Tyrol. St Anton is a tip-top destination for advanced skiers, while the villages of Saalbach and Hinterglemm near Salzburg are popular with beginners. The Austrian ski season runs from December to April, though most Brits tend to tail off by early spring for the deepest powder. Switzerland is home to some of Europe’s largest winter resorts. A short flight from the UK, it’s easy to travel between mountains too, thanks to its high-speed chair lifts, epic trains and state-of-the-art cable cars. Of Switzerland’s many ski resorts, Verbier is arguably the most renowned amongst British tourists. Even people who’ve never seen a slope have heard of the iconic ski resort. It’s part of the 410km Four Valleys ski area, which is renowned for its exceptional off-piste offering. It also hosts the finals of the Freeride World Tour every year. St. Moritz is another popular ski destination for Brits. The birthplace of Alpine winter tourism, the resort has hosted the Winter Olympics twice—in 1928 and 1948. It’s pure luxury here though – you’ll need deep pockets for this ski resort. 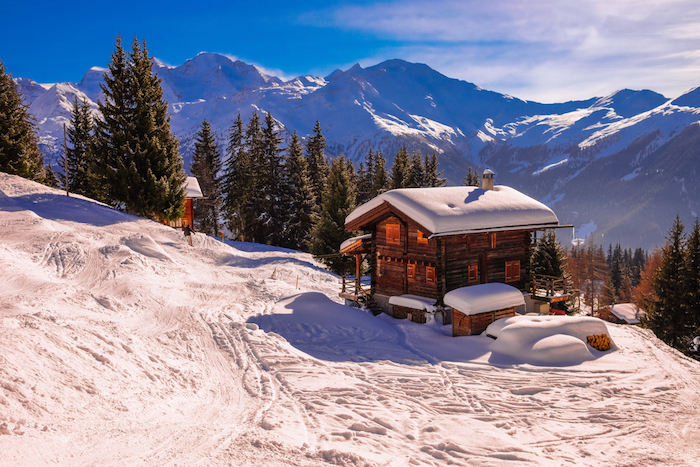 Italy doesn’t boast the same reputation amongst Brits as the Alps, but its popularity is rising. Why? For starters, it’s cheaper than France, Austria and Switzerland. It also offers a more laid-back ski scene, which makes it popular with British families. Most of the country’s top ski resorts are located in Val d’Aosta. It’s home to blockbuster resorts like Cervinia, Champoluca and Pila. The Olympic Milky Way resorts of Sauze d’Oulx and Claviere are popular too. For some of the most scenic slopes, Brits tend to head to the Dolomites, to resorts such as Cortina d’Ampezzo and Selva-Gardena. 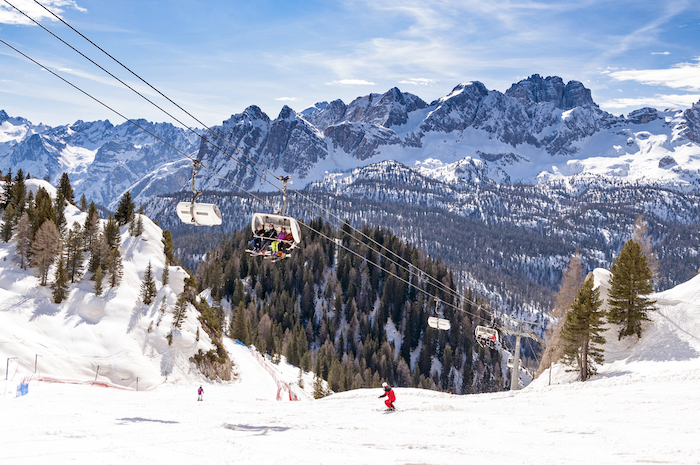 Usually associated with sun, sand and sangria, Spain is becoming an increasingly popular ski destination. Its lesser-known ski regions are budget-friendly too, making it a popular option for thrifty skiers. The Sierra Nevada is home to mainland Spain’s highest peaks, with an excellent range of runs, as well as cross-country, artistic and telemark skiing. It’s a popular spot with beginners but there’s plenty to keep intermediate and advanced skiers happy too.  The Spanish Pyrenees boasts 16 ski resorts across the Catalonia and Aragon Pyrenees, with a variety of runs, including Formigal and Bagueira. 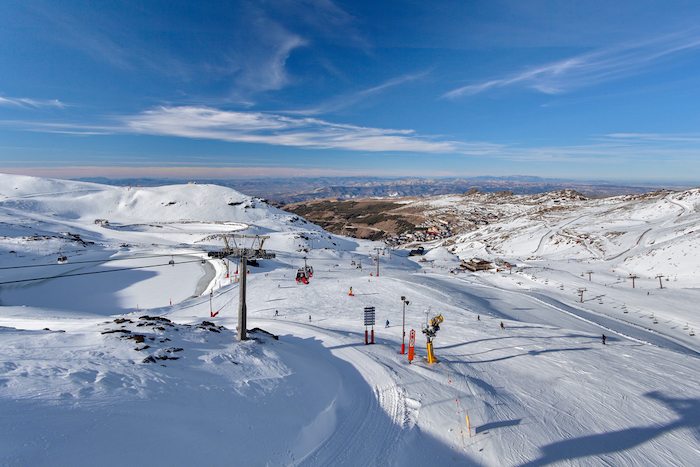 The UK might not immediately spring to mind when it comes to snowsports, but Scotland is making a real name for itself when it comes to skiing. The country now boasts five ski resorts, all easily accessible from Scotland’s biggest cities. The Glenshee Ski Centre is Britain’s largest ski resort. Located in the Cairngorms National Park, it also offers up the most snow-sure terrain in the country. For picturesque views, it’s hard to top Glencoe Mountain Resort. Opened in 1956,  it offers up surprisingly diverse topography, with some of the country’s most intimidating pistes for free-riders. Meanwhile, thrill-seekers tend to hotfoot to the Nevis Range Mountain Resort for the Summit Gully, Coire Dubh and Bold Rush. 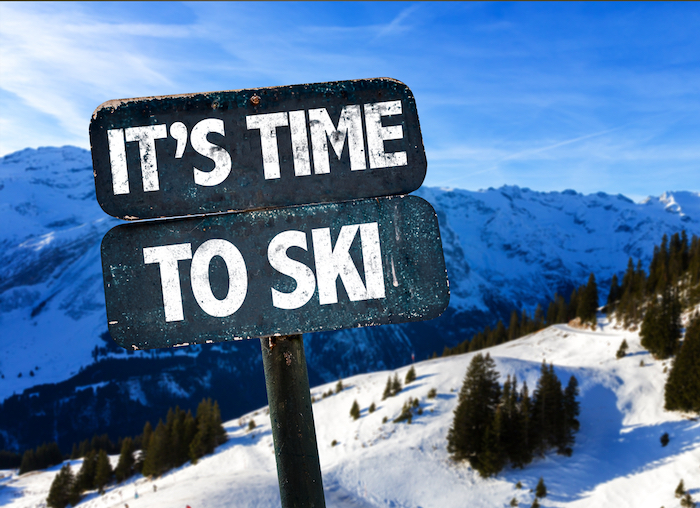 It’s not cheap to cross the Atlantic but for Brits willing to pay, Canada offers up some of the best skiing in the world. Whistler is particularly popular with Brits thanks to its proximity to Vancouver and unrivalled terrain. It also boasts some of the best apres spots in North America. Those looking to extend the ski season head to Banff, Canada’s first national park. You can ski right through until the end of May here and it’s also home to one of North America’s longest ski runs. 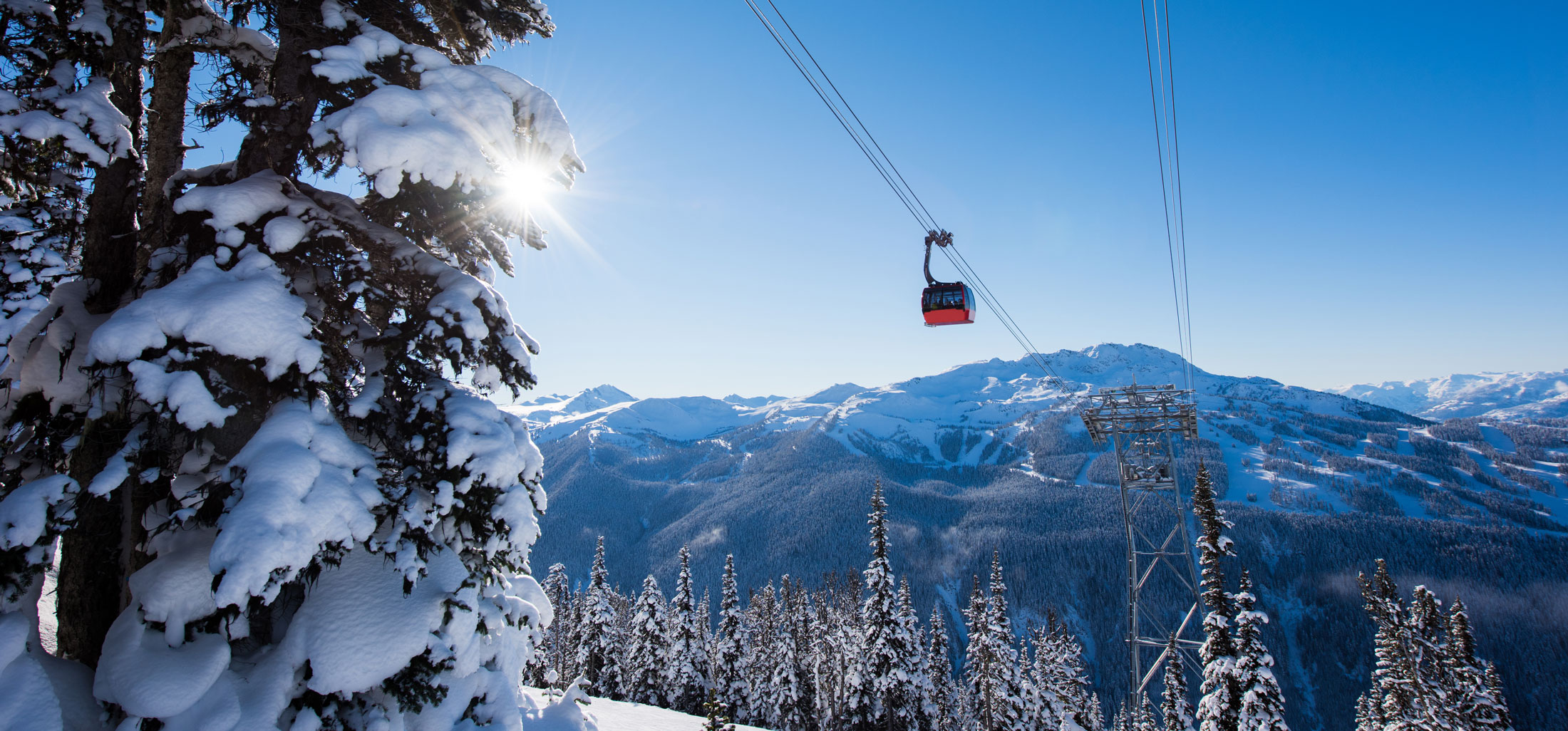