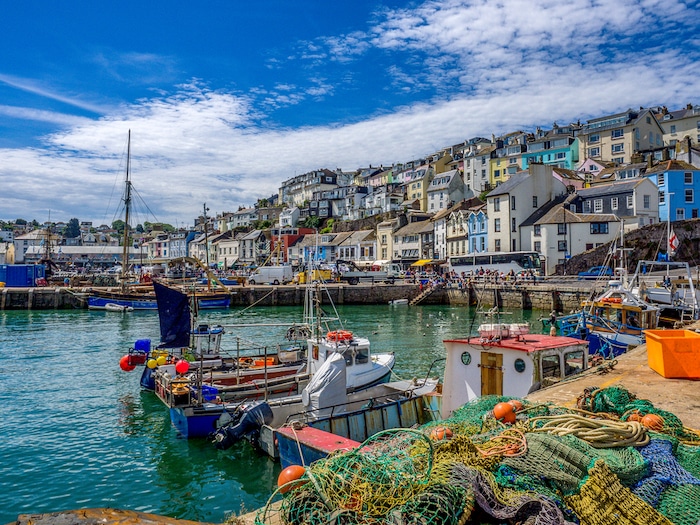 While Brits do love a good holiday abroad, the UK is a real staycation nation. Even before Covid-19, domestic tourism dominated British holidaymaking, with an average of 120 million domestic trips every year. And, while you’ll find holidaymakers across most of the country, there are a few spots that are particularly popular with locals looking to escape the daily grind. Planning a trip to Blighty and looking to holiday with the locals? We’ve rounded up seven of the most popular spots where Brits go on holiday in the UK.

When and where do Brits go on holiday in the UK?

Two-thirds of Brits take their holidays in July and August during the summer holidays, though Easter, Christmas and Bank Holiday weekends are popular times to take staycations too. Traditionally, seaside and lakeside destinations have been the most popular holiday destinations in the UK but research indicates that inland destinations, such as the Yorkshire Dales, are becoming increasingly popular too.

Brits love a trip to the seaside but Cornwall gets top billing when it comes to domestic salty escapes. Dubbed the ‘Cornish Riviera’, Cornwall’s winding coastline is sprinkled with some of the country’s best beaches while Bodmin Moor offers up miles of rolling green hills dotted with charming villages. G7 put the global spotlight on St. Ives but Brits have been flocking here since the 19th century. Other hotspots include Padstow (home to Rick Stein’s acclaimed restaurant), Newquay (popular with both surfers and 16-year-olds), Fowey (billed as Britain’s best romantic staycation destination) and Port Isaac (a hikers haven). The new Night Riviera sleeper train, which rolls into Penzance in the early morning, has made the region much more accessible too. 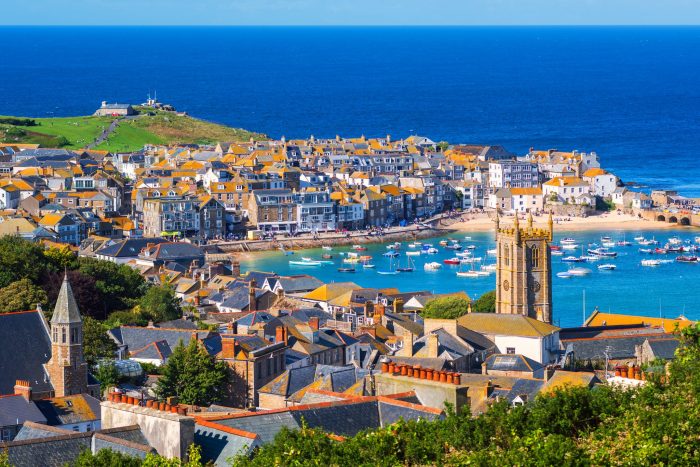 Once Scotland’s best-kept secret, domestic tourism in the Highlands has rocketed in the past few years. Tourism supports around 16,000 jobs in the region while serving half a million international visitors and 1.7 million domestic travellers every year. Between its dramatic landscapes, rambling romantic castles and ancient history, it isn’t hard to see why it’s such a holiday hotspot. It’s a vast area that encompasses sparkling beaches, jewel-like lochs (including the Loch Ness) and soaring morans. From dolphin-watching off the Moray Speyside to hiking Britain’s highest peak, Ben Nevis, it attracts a wide range of holidaymakers.

The relatively new North Coast 500 Route, which tracks the region’s wild, western coastline, has made travelling the region much more accessible too. The 500-mile drive has been voted one of the best road trips in the world too. 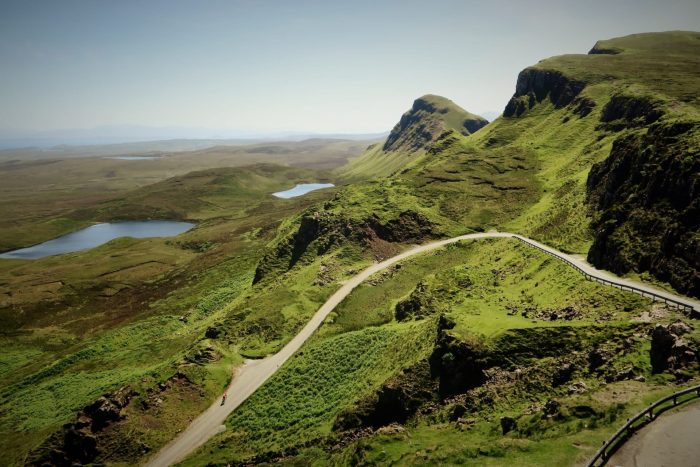 The Lake District’s undulating hills and shimmering lakes have captured the imagination of writers and artists for centuries. Everyone from William Wordsworth to Beatrix Potter has something to say about the region’s fells, and it’s not hard to see why. More than 15 million people visit the region every year, making it the UK’s most popular national park. In 2017 it became a UNESCO World Heritage Site too. Windemere is the Lake District’s blockbuster destination, offering up lake cruises,  watery activities and cultural attractions aplenty, but other popular spots include Ambleside, Grasmere and Ullswater. The Lake District is also home to Scarfell Pike, England’s highest mountain. 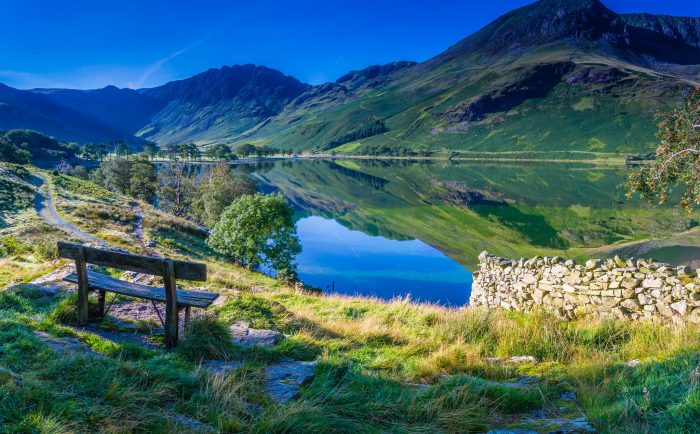 From brilliant beaches to thrilling mountain scenery, North Wales is home to some of the UK’s best outdoor adventures. The region offers up a staggering and varied landscape that encompasses Conwy, Denbighshire, Flintshire, Gwynedd, Wrexham and the Isle of Anglesey. Its crowning jewel is Snowdonia, the largest National Park in Wales, the UK’s highest mountain outside of Scotland and the largest natural lake in the country. Beyond Snowdown, there are charming traditional seaside towns to explore too, such as Anglesey, Barmouth and Llandudno. History buffs are well catered for too, with over 100 castles, museums and cultural heritage centres to explore too. 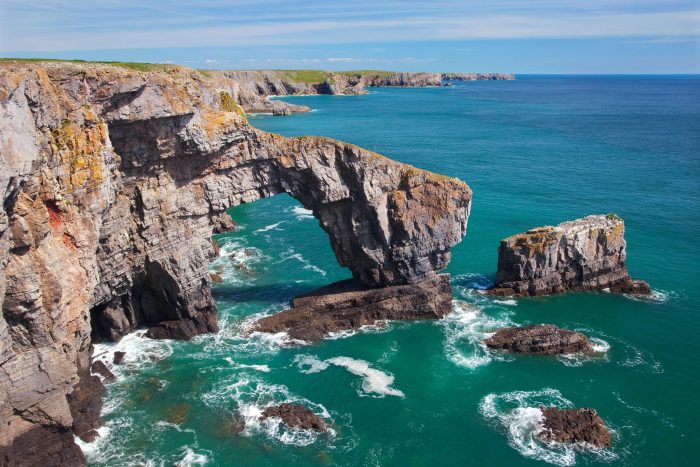 Devon is one of the largest counties in England – and one of the most diverse too. Home to smugglers’ coves, bustling fishing villages and endless green countryside, it’s one of the country’s most romantic backdrops. For those looking to get off the grid, the Tolkien wilderness of Dartmoor offers the ultimate escape. It’s a haven for horse-riding, hiking, biking and water sports. Surfers hotfoot to the north coast for the best swells, while those in search of a traditional seaside experience head to Torquay, Paignton and Brixham. There’s world-class hiking to be found along the South West Coast Path too.

Sprawled across Derbyshire, Greater Manchester, Cheshire, Staffordshire and Yorkshire, the Peak District is vast. Most Brits head here for the promise of open space, though there are plenty of medieval market towns and chocolate box villages to explore too. The thermal spa town of Buxton might have made its name in the Victorian times but it still attracts big-hitters like Jools Holland and Jimmy Car. Then there’s Bakewell (of the eponymous Bakewell Tart), Castletown (a hiking hub) and Hartington (home to a Neolithic henge). For ramblers, there are thousands of miles of footpaths crisscrossing the landscape, including the Pennine Way. It’s also home to one of Britain’s most spectacular stately homes, Chatsworth House. 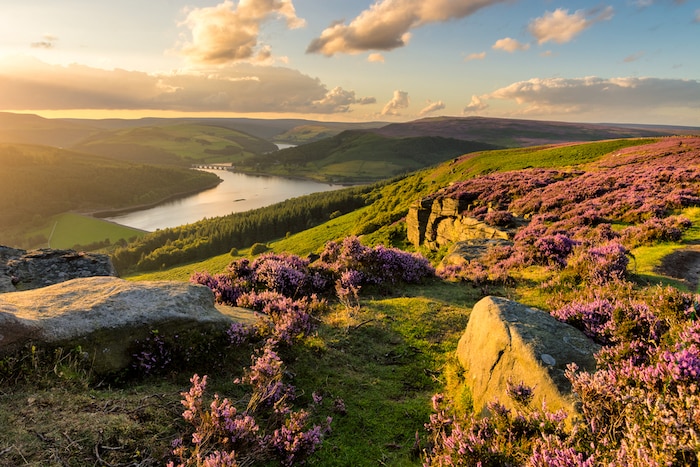 The Yorkshire Dales is home to some of the UK’s most iconic scenery. Think high heather moorland, flat-topped hills and postcard-perfect pubs. The protected national park is named from the old Norse word dalr, which means ‘valleys’. These glacial valleys offer up some of the country’s best hiking and biking trails but it’s a popular holiday destination for less outdoorsy types too. The region’s cultural capital Richmond offers up an idyllic riverside setting while Skipton’s romantic ruins attract visitors in spades. Plus, the region is home to some of the darkest skies in the country. Officially recognised as a Dark Sky Reserve, it’s possible to see the Milky Way, planets, meteors and even the Northern Lights here. 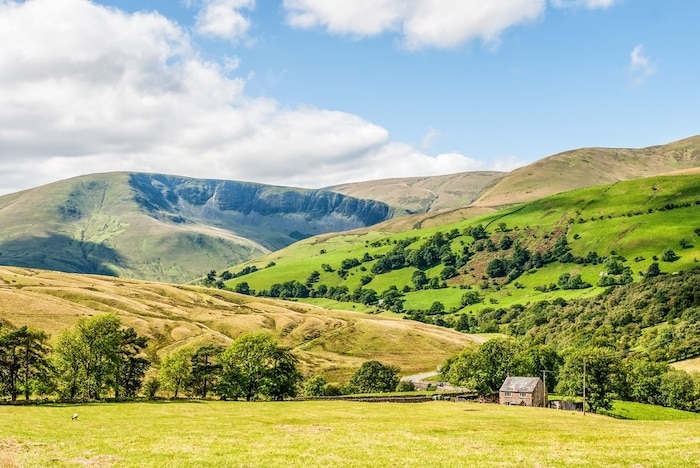