It’s hard to hate Chicago. The midwestern metropolis is bursting with world-class museums, shopping and restaurants – and that’s just indoors. Outside, there are sprawling parks, beaches and bike trails to explore, not to mention Lake Michigan – one of the United States five great lakes. In three days you’ll barely scratch the surface of the “Windy City”, but it’s worth giving it a go. From high-flying architecture and the world’s top chefs to late-night speakeasies and dinner cruises, there’s plenty to keep you occupied. Thinking about taking a long weekend in Chi-town? Don’t leave without taking a look at our helpful 3 day itinerary in Chicago.

Get your bearings at Millenium Park

Start the day with a sunny stroll around Millenium Park, one of the city’s most visited and best-loved attractions. The sprawling green space hosts hundreds of events throughout the year, most of them free. You can take a guided tour to discover some of the park’s lesser-known gems too. Don’t miss Cloud Gate, lovingly nicknamed, “The Bean”, one of the world’s largest permanent outdoor art installations. Its reflective surface is inspired by liquid mercury and reflects the sky and clouds. 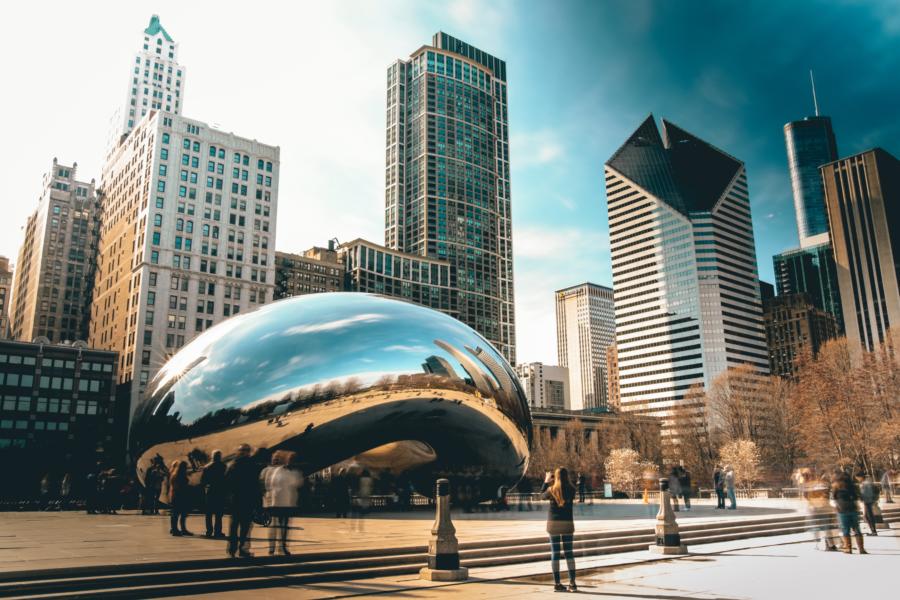 Marvel at some masterpieces

Located in downtown Chicago, the Art Institute is one of the world’s greatest art museums, housing a collection that spans centuries. It’s home to over 300,000 permanent pieces, as well as the largest collection of Monet’s ‘stacks of wheat’ in the world’. You’ll need a few hours to stroll around the impressive artworks, which include masterpieces from Degas, Renoir, Cézanne, Magritte, Pollock, Warhol, Dali, Kandinsky and Picasso. 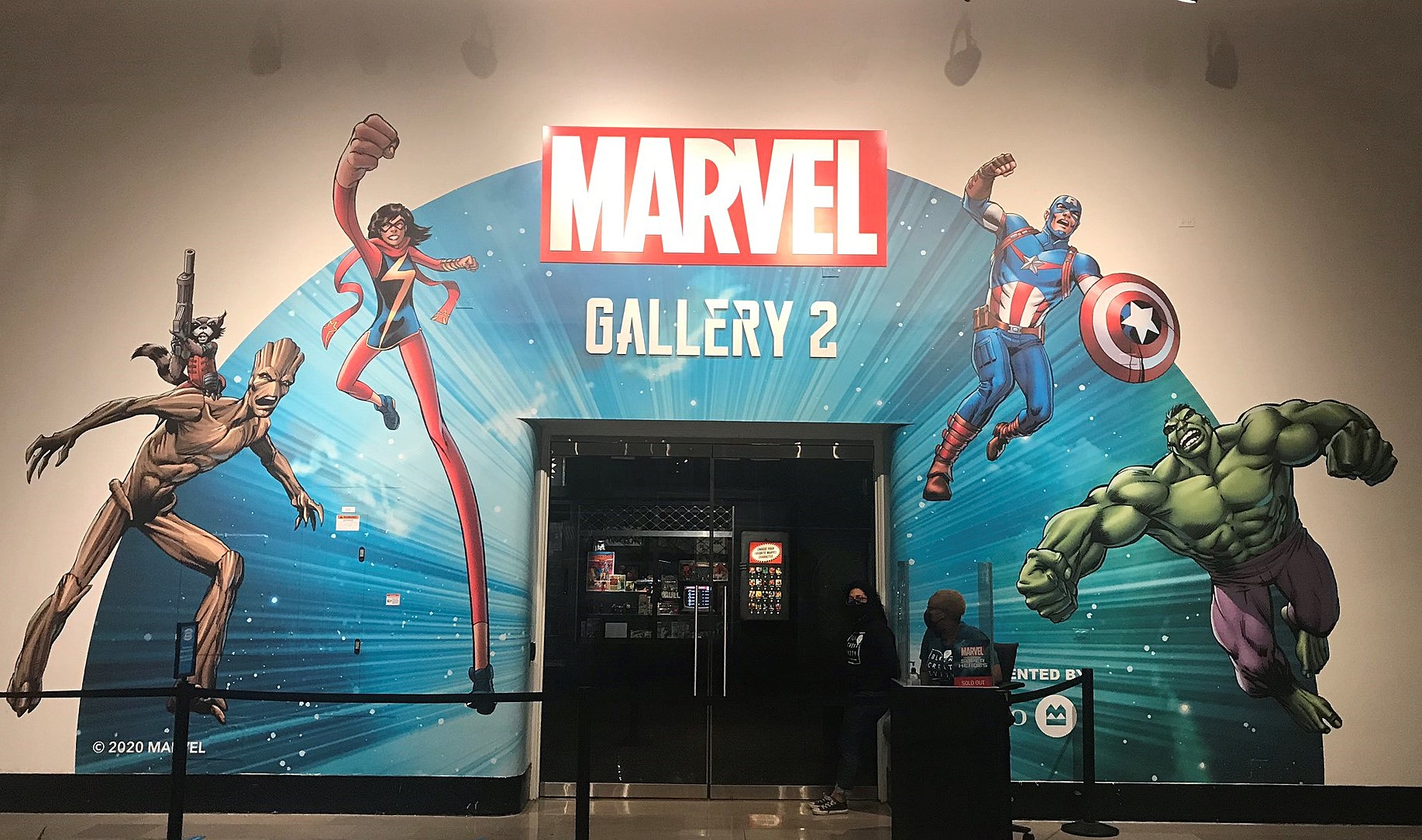 Pick up lunch along the Riverwalk

As the Chicago tourist board says, the Riverwalk is “more than a stroll along the river, it’s a lifestyle”. The 1.25-mile stretch meanders across four districts along the river, open daily to visitors from 6 am to 11 pm. Along the way, you’ll find some of Chicago’s most beautiful buildings, bustling cocktail bars and cute cafes. It boasts great views of the soaring city skyline, as well as public art along the trail. 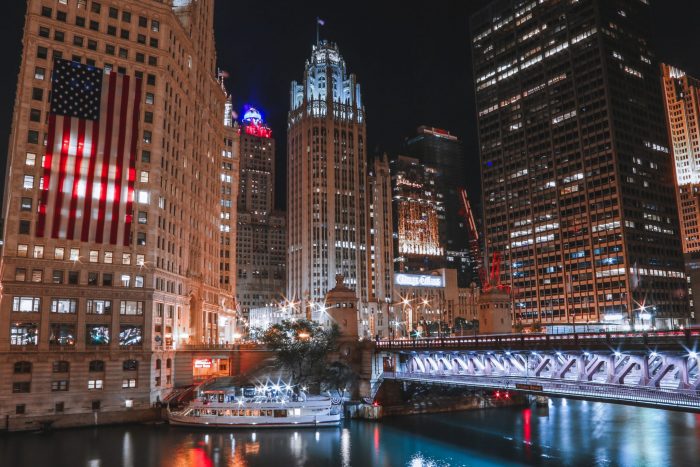 Take to the water

If you’re looking to find out more about Chicago’s storied river, the McCormick Bridgehouse & Chicago River Museum, a beautiful tower-like structure tucked beneath DuSable Bridge, is worth a trip. You’ll get to climb up five storeys, past the huge gear that manoeuvre Chicago’s famed bridges up and down, enjoying panoramic views along the way.

It’s worth taking a tour along the river too, not least because it’s the only river in the world that permanently flows backwards. In 1887, the Illinois General Assembly reversed the flow of the river through civil engineering. There are dozens of boat tours operating on the water, but the Chicago Architecture Center offers one of the best, aboard the First Lady. The 90-minute cruise tells the story of at least 50 buildings along the river.

Take in a view from Willis Tower

After all that looking up, head to The Skydeck Chicago at Willis Tower to look down over the city. It’s the third tallest building in the Western Hemisphere and is home to ‘The Ledge’ –  a small glass box some 1,353 feet in the air that extends out from the Skydeck. You’ll be able to see much more than the city – the views span over four states! 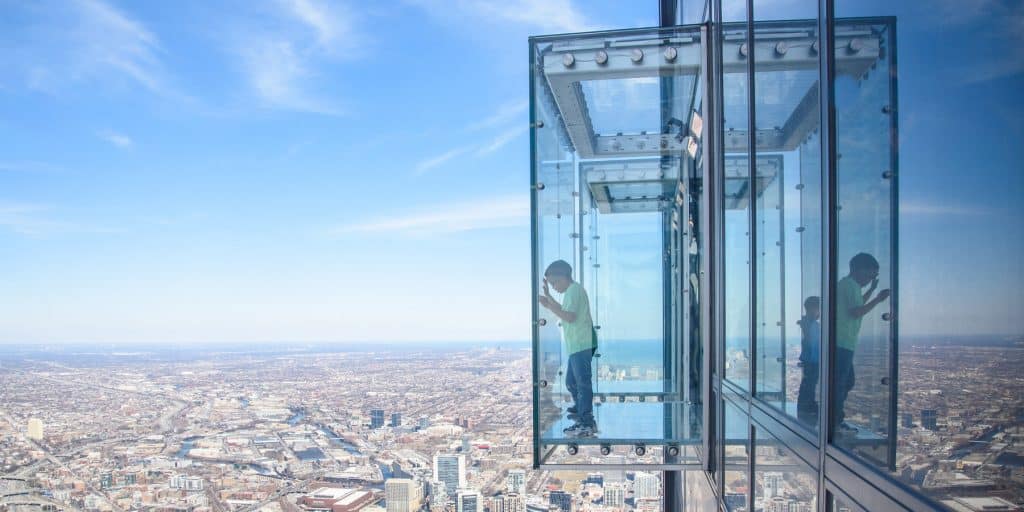 Tuck into a deep-dish pie 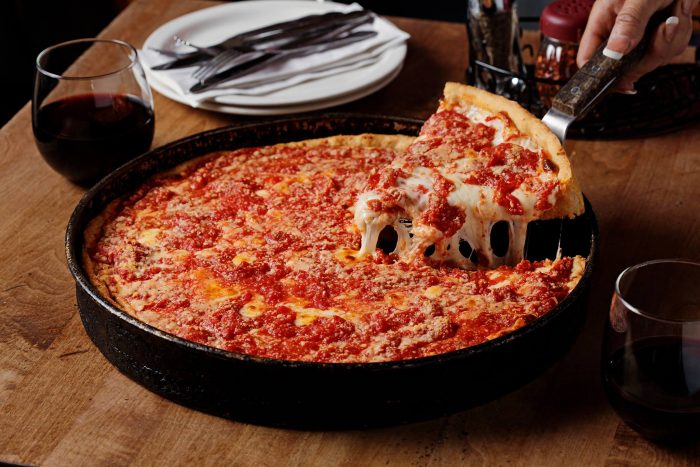 Channel your inner mobster at the Green Mill Cocktail Lounge

The Green Mill Cocktail Lounge is reportedly Chicago’s oldest surviving drinking establishment. Rumour has it that the Green Mill Cocktail Lounge was a favourite with Al Capone and his fellow mobsters. Take a look at the underground tunnels; they were once used to traffic illegal booze. Nowadays there’s nothing illegal going on unless you count the criminally good jazz jams hosted here most evenings. Shop til’ you drop

Take your credit card out for a spin early, with a trip to the Magnificent Mile. The 13-block stretch of over 460 stores is the perfect place to treat yourself, regardless of how deep your pockets are. This is where you’ll find most of the city’s flagship retail experiences, including international designers and boutiques, innovative technology and three vertical shopping centres. It’s not all blockbuster labels though, there are plenty of bargains to be found too. 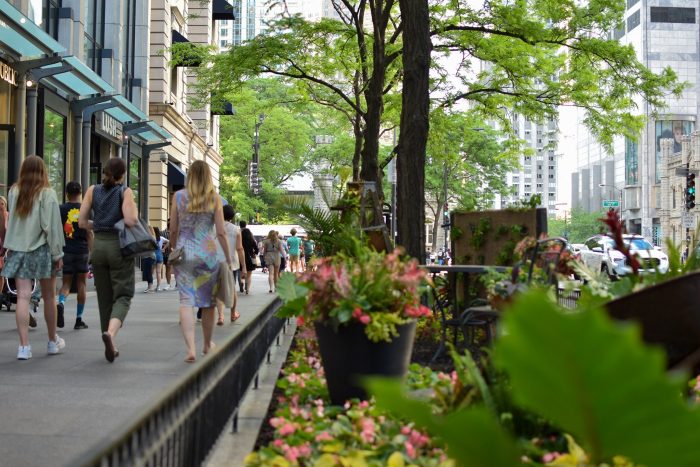 Eat a Chicago-style hotdog at The Wieners Circle

No trip to Chicago would be complete without at least one authentic Chicago dog – an all-beef frankfurter in a chewy sesame seed roll, topped with yellow mustard, white onions, sweet pickle relish, a dill pickle spear, tomato slices, pickled sport peppers and a dash of celery salt. For the best, head to The Wieners Circle. Don’t ask for ketchup though, you’ll be chased out of the cafe before you get to try it. 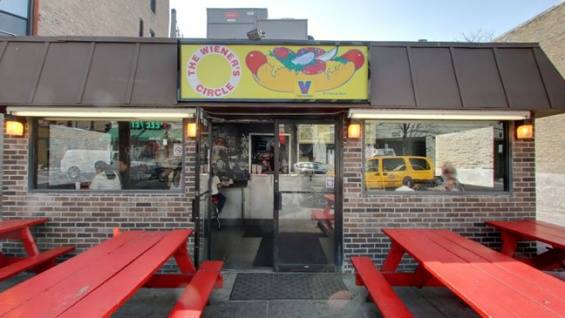 Rest up in Lincoln Park

Take your post-carb rush and hotfoot over to Lincoln Park, a vast green space featuring landscaped gardens and water features in a prime lakeside setting. Take the opportunity to stretch out in the sun or meander around the indoor botanical gardens. If you’re travelling with kids, you’ll want to visit Lincoln Park Zoo, one of the oldest zoos in the United States. 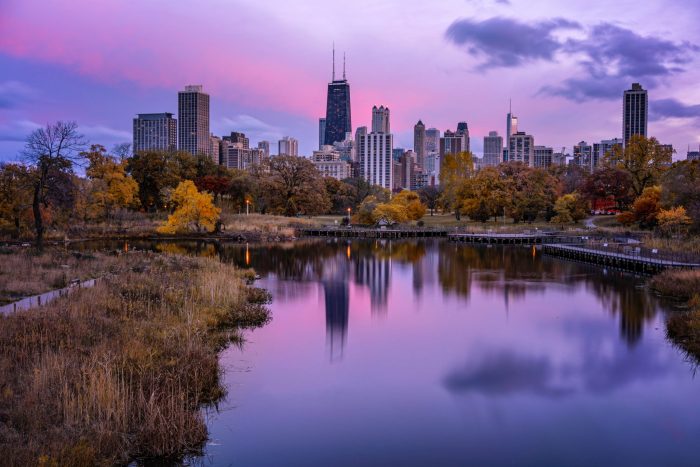 Catch a game at Wrigley Field

Wrigley Field opened in 1914, making it the second-oldest active baseball park in the major leagues. It’s the home of the Chicago Cubs, one of two major league baseball (MBL) teams in the city. Even if you’re not a baseball fan, you’ll find it hard not to be charmed by the ivy-clad outfield walls, historic man-operated scoreboard and infectious atmosphere. If you’re travelling out of season, it’s worth taking one of the fields 75-minute tours. 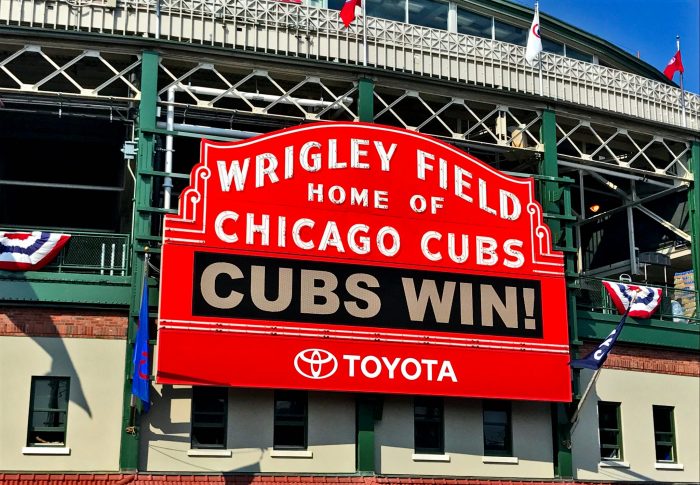 Brush up on your history

If history is more your calling, head to the Chicago History Museum. The museum brings Chicago’s history to life through over 22 million fascinating artefacts, exhibits and programming. Far from dry, you’ll get to learn all about Chicago blues music, Chicago-style hotdogs and Chicago’s role in the civil war. 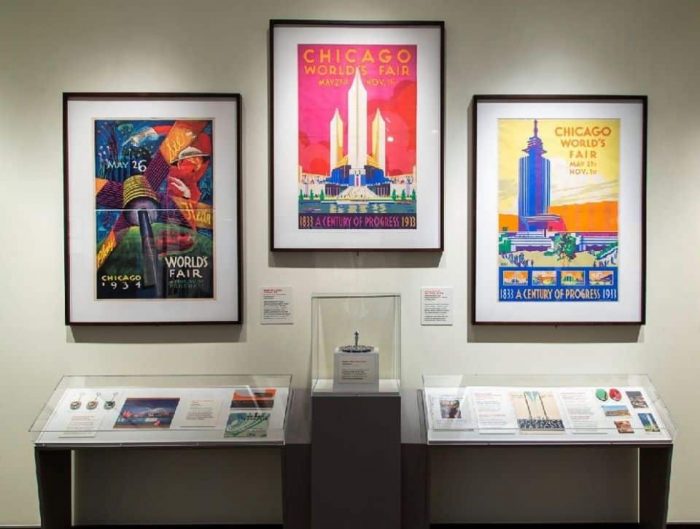 Get your booze with some views

In a city full of steely skyscrapers, there’s plenty of sky-high bars to choose from but London House is at the top of them all. Located on the 22nd floor of the iconic London House Hotel, guests can enjoy sparkling views of the Chicago River, Lake Michigan and the Magnificent Mile. Combine that with killer drinks and a friendly atmosphere, and it isn’t hard to see why it’s one of the most popular spots in town. So popular, in fact, that you’ll need a reservation to secure a spot here. 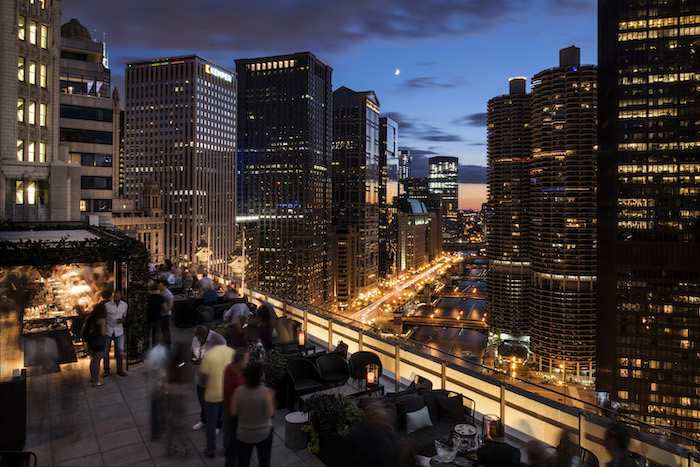 If you’re happy to splurge, it’s worth dipping your toe in Chicago’s fine dining scene. The city boasts 24 Michelin-starred restaurants offering a variety of cuisines, from Italian to Korean. At the upper end of the spectrum is Chef Grant Achatz’s three-Michelin-starred contemporary American restaurant, Alinea. The menu will set you back between $205 to $395 per person but it’s a sensory overload, complete with dry ice and helium balloons. Beer lovers will adore Moody Tongue, a sprawling, 28,600-square-foot brewery with a 28-seat two-Michelin-starred restaurant. Or, for one of the best Mexican restaurants in the United States, head to Topolobampo (“Topolo” for short). 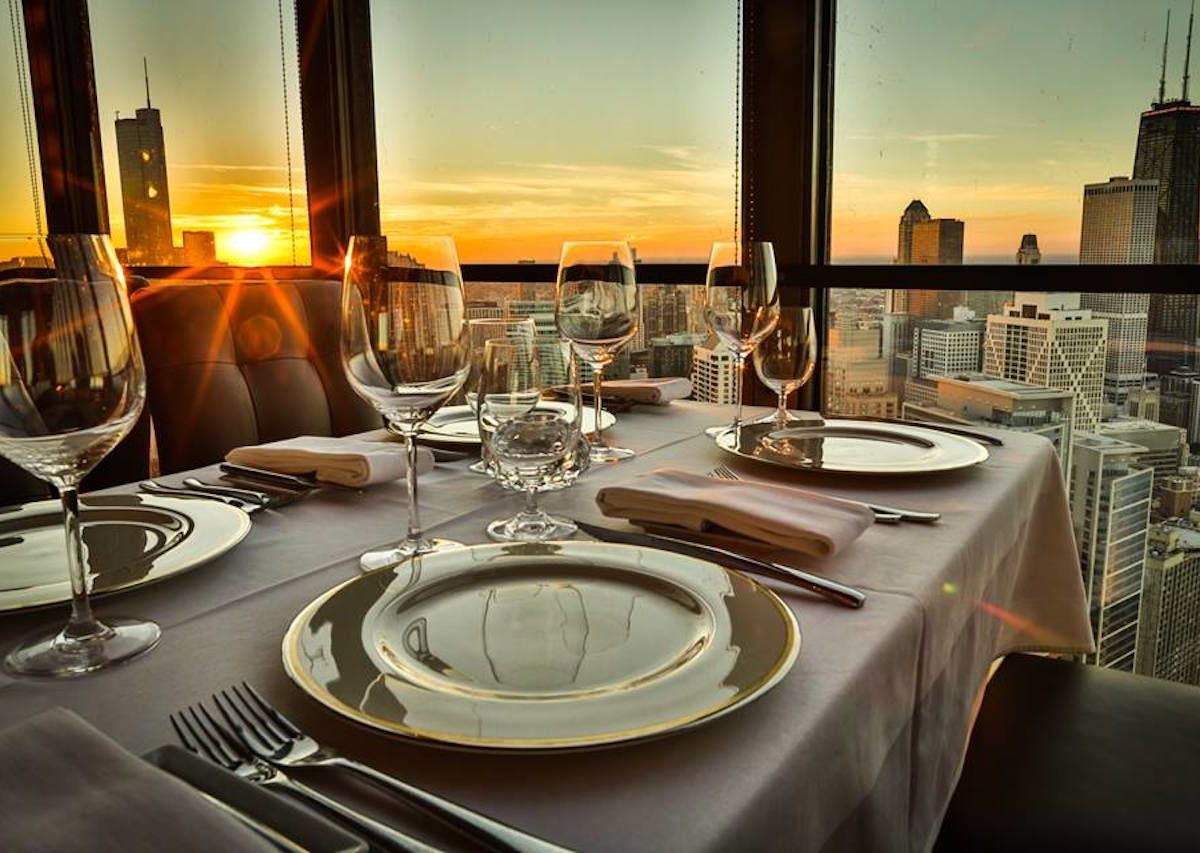 Sweat out yesterday’s excesses with a bike or hike along the 606. Once an elevated railroad track, the 606 is now a recreational trail and green space running 2.7 miles between Ashland Avenue and Ridgeway Street, along the Bloomingdale Trail. It’s a great way to explore Chicago’s distinctive neighbourhoods and, best of all, it’s free. The Centennial Wheel, located on the lapping shores of Lake Michigan, is one of Chicago’s most beloved icons. The views from the top of the Ferris Wheel are magnificent and they don’t involve any climbing. Navy Pier is always buzzing, with amusements, arcades and events running throughout the day and evening too.

Work up an appetite before lunch and take to the waters of Lake Michigan, one of the five Great Lakes of North America. As well as buzzing beaches and beachfront bars, there are plenty of water sports to get involved with. Hire out a paddleboard, canoe or kayak from one of the operators along Monroe Harbor or North Avenue Beach and navigate your way around the waters.

The ‘lake’ is actually a vast inland sea, measuring 307 miles from north to south and 118 miles wide for most of its height, making it the fifth-largest lake in the world. Its surface area is nearly the size of West Virginia; at a maximum of 923 feet, it’s almost as deep as the John Hancock building! 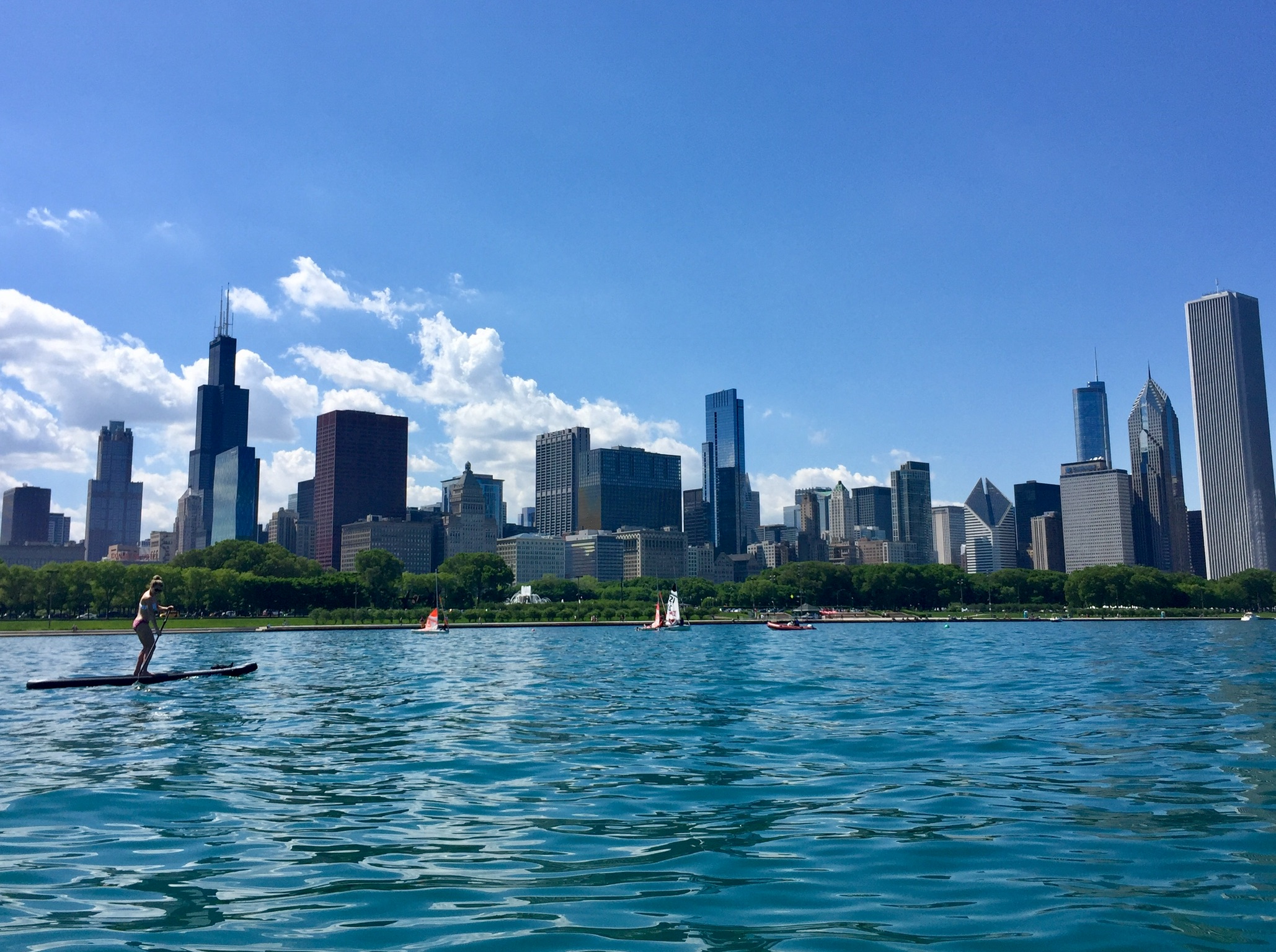 Taste your way around the city on a food tour

If beach bars aren’t your thing, take the opportunity to enlist the help of a local to guide you around Chicago’s best food joints. You’ll get to sample some of the city’s most iconic foodstuffs including deep-dish pizza, hot dogs and an Italian beef sandwich. But you’ll also taste decadent desserts, artisan chocolates and classic Chicago-style popcorn, which is caramel and cheddar flavours mixed together. Click here for 7 of the best Chicago food and drink tours. Get some sky-high thrills

You’ll want to wait a little while after lunch before embarking up the 360 Chicago Observation Deck, located on the 94th floor of the former John Hancock Center. As well as breathtaking views of the city and Lake Michigan from 1,000 feet high, you can also experience Tilt, Chicago’s highest thrill ride. It involves leaning out over the skyline, with terrifying downward-facing views over the city. Head to Bar 94 to steady your nerves afterwards. 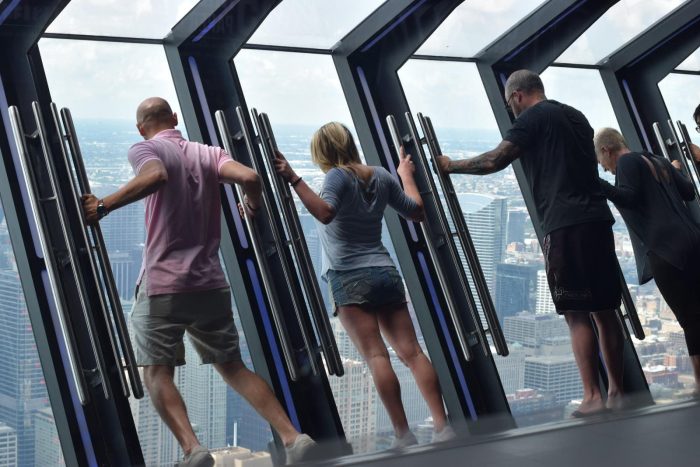 Finish up with some blues at Kingston Mines

Kingston Mines is a world-famous blues nightclub that’s steeped in history. Founded in 1968, it’s the largest and oldest operating blues club in Chicago, and for a city home to some of the United States’ most legendary venues, that’s saying an awful lot. The bar has an unusual setup of hosting two different bands in two different rooms on two different stages, which means you’ll be treated to multiple sects from a few different acts. 7 Interesting Facts about North Cape in Norway
12 hours ago