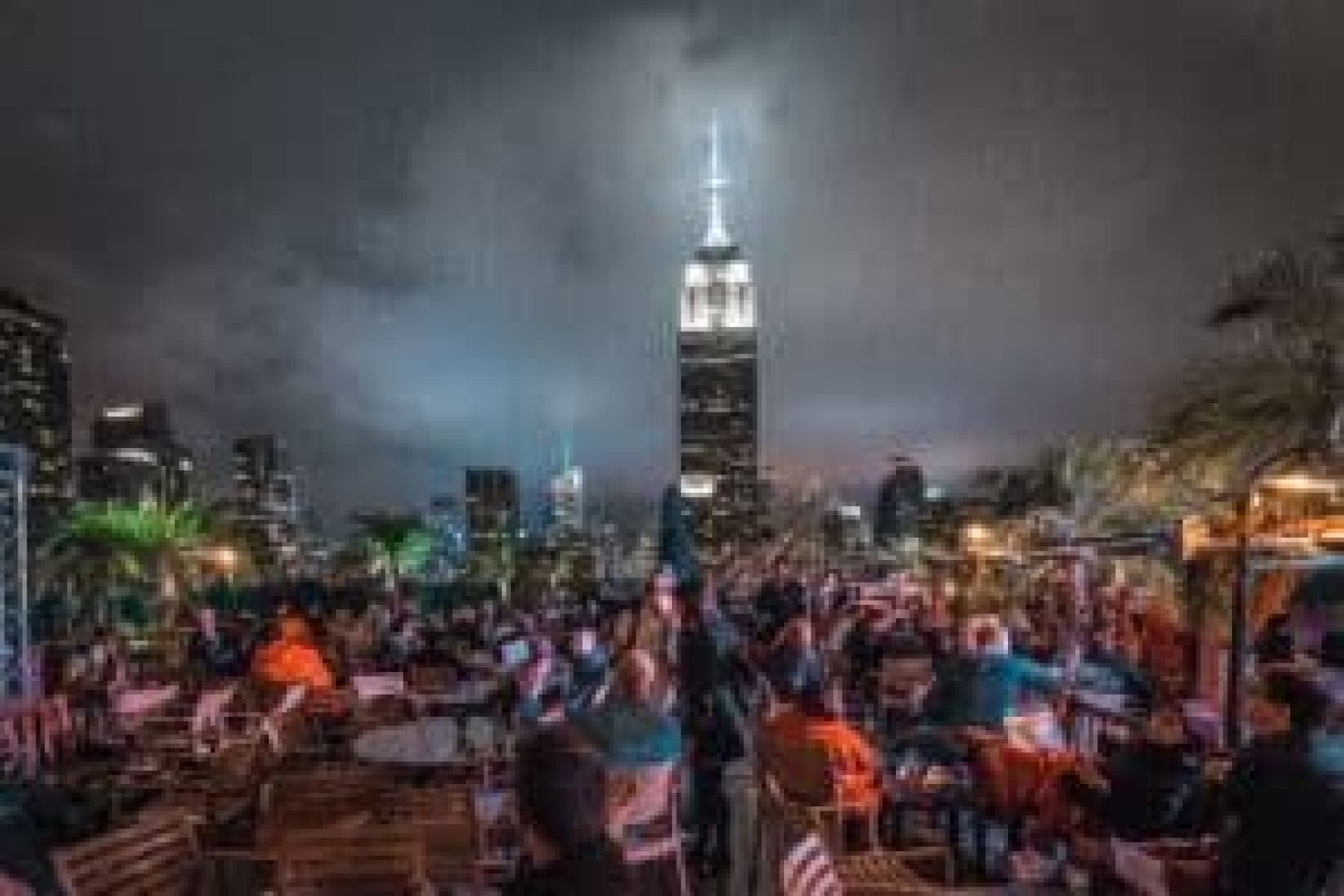 7 Cities With Best Nightlife In America

Planning a trip to America? There are 50 states in America, and all of them have different vibes and energies that have shaped the nightlife scenes in them. Everywhere you go will have a nightlife scene that’s unique to that place, from late-night beach parties to swinging your hips in live jazz clubs. And if nightlife is on your list of priorities when planning a trip, it’s helpful to know where in America will show you a night out to remember. Here’s where to go for the best nightlife in America.

Las Vegas is synonymous with nightlife. Whether it’s shows, clubs, pool parties, casinos, or flash restaurants, the nightlife is Sin City’s bread and butter. It’s the kind of place that you visit knowing full well what you’re going there for – a real good time. The city actually has the second most bars per capita in the world, with Prague swooping in for the top spot. People come here to let their hair down and the city’s vast array of bars and clubs is the perfect place to do it. Just make a beeline for the Las Vegas Strip where the nightlife options are in the hundreds and you’ll see what we mean. What happens in Vegas, stays in Vegas! What would a list of the best nightlife cities in America be without the city that never sleeps? It’s no surprise to see New York City on this list, it’s diverse, fun, and buzzing. There are over 600 clubs and bars across all of the boroughs, so we’re pretty certain that anyone can find the nightlife scene to suit them. Whether it’s catching a show on Broadway, bar hopping around Soho, nursing cocktails in quirky bars in Brooklyn, or watching drag shows in the West Village, there is so much that we haven’t even scratched the surface. 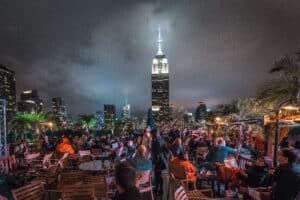 Austin is proudly the Live Music Capital of the World, firmly placing it as one of the top cities for nightlife in America. There are over 250 live music spots, and while you might be thinking that the live music in Texas would be primarily country, Austin is a mecca of all kinds of musical genres. There are tonnes of rock, blues, jazz, hip hop, punk or Latino shows every single night, going on until the wee hours of the morning. You’ll find these spots all around the city, particularly downtown. But if you’re looking for a one-stop shop, make a beeline for the famous Sixth Street. 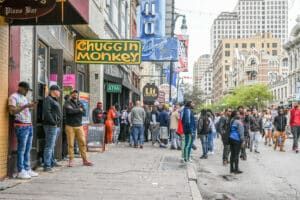 Not only is Miami one of the best places for nightlife in Florida, but it’s also earned its spot as an incredible place for nightlife in all of America. It’s famously the flashy, trendy hub of the sunshine state. It’s got everything, from white beaches, huge roads lined with palm trees, delicious and varied cuisine, and of course, a booming nightlife. Sip cocktails on classy rooftop bars that overlook the glittering city, or dance the night away in an underground club. From the mega clubs of South Beach to the hip warehouse scene in Wynwood and Downtown, there’s something for everyone here. 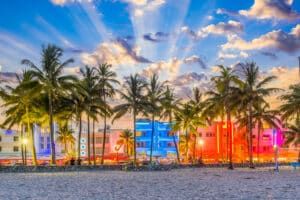 When looking into the best nightlife in America, it was a toss-up between San Diego and San Francisco. Ultimately, San Diego came out on top for its unique vibe and the iconic Gaslamp District. The district is 16 walkable blocks, packed with over 180 restaurants, 50 bars, and 10 nightclubs. Rooftop bars offer insane views over the city and the beach, while jazz clubs welcome you to whittle the night away, nursing a cocktail. There are many other spots across the city, particularly downtown, that offer great nightlife. However, one of our favourite parts of San Diego’s nightlife scene is the beach parties. There’s a cool coastal vibe that runs through this cosmopolitan city. 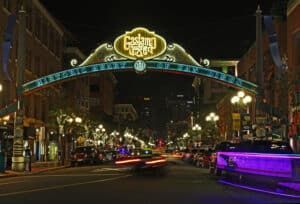 New Orleans is one of the most unique places to go for nightlife in America. Full of old-world charm, New Orleans is probably most known for Mardi Gras. But even if you’re not in the birthplace of jazz for Mardis Gras, you can always find a party, be it day or night, on Bourbon Street. It is extremely touristy, which isn’t a bad thing, but if you do want to escape the tourist crowds and enjoy a bit of local nightlife, head to Frenchmen Street. But really, New Orleans is a party town, and you’ll be able to find great bars, live jazz spots, and clubs wherever you are. It’s also a hub of live street performers – you’ll hear the sweet soulful tunes of a saxophone all around the city. 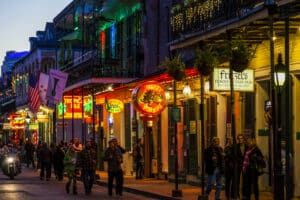 La La Land isn’t only where dreams come to life, it’s also where great nights are had. There’s always a party going on, with bars, clubs, comedy venues, live music spots, and more, raging on in the city until the wee hours of the morning. West Hollywood is the place to be to embrace Los Angeles’ thriving LGBTQIA+ scene, but it’s got bars and clubs to suit anyone.

Downtown LA is probably the most popular place to go out, with everything from salsa bars to live indie music venues, you’ll find something for you here. And when you’re done partying, head to one of the many 24-hour restaurants to fill up on carbs and help curb your hangover. There are so many other neighbourhoods that are worth a mention, and really, Los Angeles is so big that you could stay in most neighbourhoods and be able to find a great bar or club within easy reach.